Ford designers could one day trade in their pens and paper for a totally three-dimensional and virtual reality experience. The automaker shared Tuesday that it is testing a 3D and VR design experience from a company called Gravity Sketch.

The collaboration is the first of its kind, according to Ford, and immerses the designer in the car he or she sketches. Instead of starting with a 2D sketch that's turned into a 3D model, Gravity Sketch puts designers in the car as they create it. A headset creates the VR world around the designer, while controllers and gestures imitate sketching movements in the VR world. The designer can look at the car in 3D from any angle, scale it up or down, and even climb inside to understand how a certain style element could affect another area, or ensure a certain piece of the interior functions best for passengers. 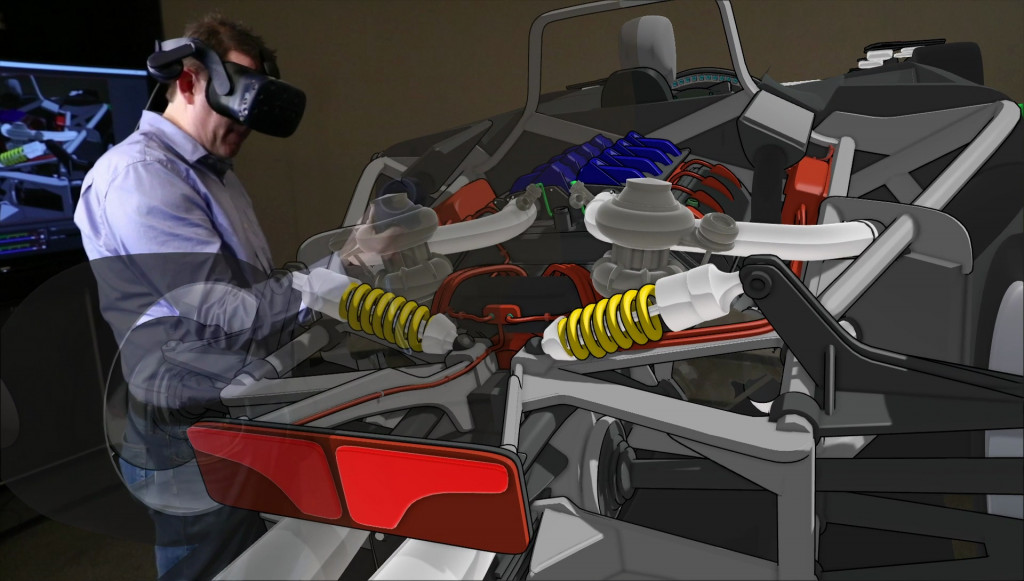 Most importantly, the process takes a few hours compared to a few weeks. The traditional design process starts in 2D, gets scanned to create a high-resolution drawing, then is translated using computer-aided design to create a 3D model. It means designers have to be careful about what they push forward to full-scale 3D modeling since it takes so long and remains a tedious system. With Gravity Sketch, 3D is the initial output, and an imperfection or mistake can be taken care of on the spot without much stress. Ford believes the technology could help slash development time for new vehicles and skip the strenuous 2D to 3D modeling transition.

And there's nothing quite like viewing a potential vehicle design at whatever desired scale in 3D, especially if that scale is 1:1.

Ford has deployed the technology at five of its design studios around the world for testing. Dozens of designers will have a shot to experience the technology and trial real-time co-creation and collaboration with other studios. Gravity Sketch said it's committed to working with Ford to hone the technology.

Soon, pens and paper could be a thing of the past for these designers.