A 1985 Porsche 930 Turbo owned by Judas Priest lead guitarist Glenn Tipton, and which inspired the band's 'Turbo' album, is coming up for auction

A Porsche Turbo that inspired a platinum-selling record album will be offered by Silverstone Auctions during its annual Porsche Sale on October 21 at the famed Silverstone Circuit race track in the UK.

The 1985 Porsche 930 Turbo SE is owned by Judas Priest lead guitarist Glenn Tipton, who wrote the 1986 heavy-metal album Turbo, with the best-selling single Turbo Lover, in homage to the Chiffon White coupe. The album went platinum, selling more than a million copies. 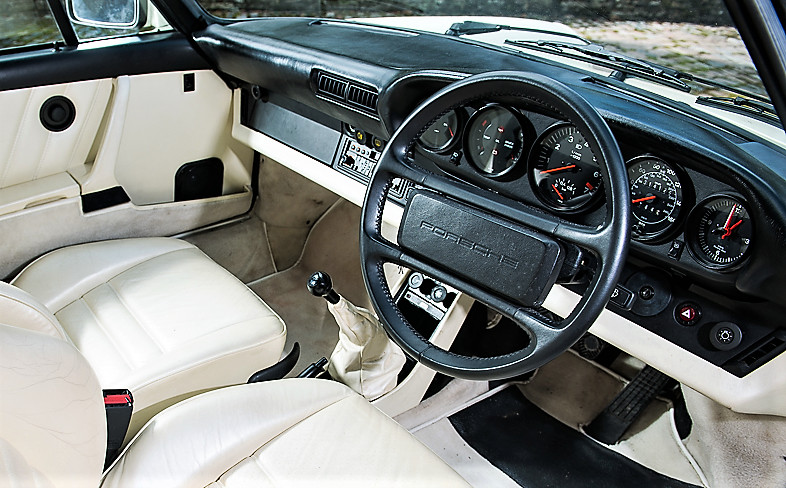 The Porsche boasts a 300-horsepower turbocharged flat-6 engine and manual transmission, and came with the SE enhancements of vented rear wheel arches, sill extensions and leather interior trim. Silverstone estimates its value from £180,000 to £220,000 ($242,000 to $296,000).

Tipton obtained the Porsche while on a European band tour in 1985. Because of the rock star’s demanding schedule over the years, the car has been driven just 14,100 miles, according to a Silverstone news release.

“We had a tour of the factory at Stuttgart and I was so impressed with the engineering and how meticulous they were when building cars, and I just had to have one,” Tipton said in the news release. “But I live out in the sticks, and it has to be nice weather to take the Porsche out, so I hardly ever use it.

“It’s time for it to go to someone who will get some use of it, but it’s going to be very hard to let it go.”

For information about the Porsche Sale, visit the Silverstone website.