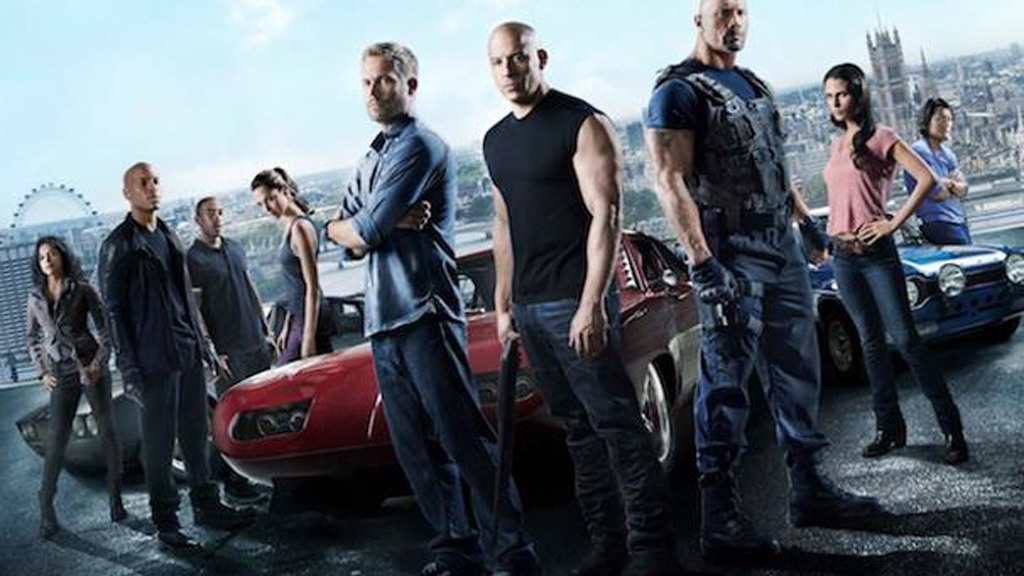 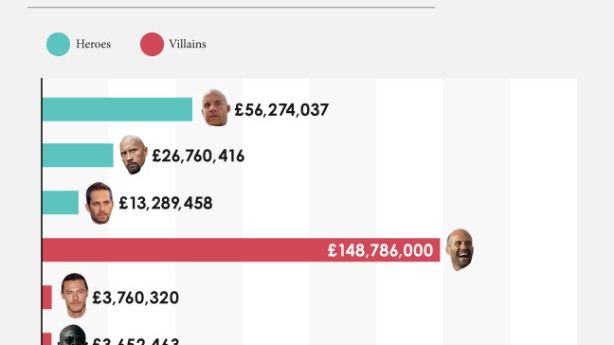 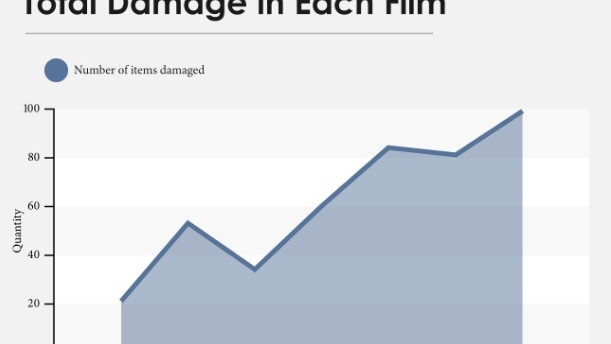 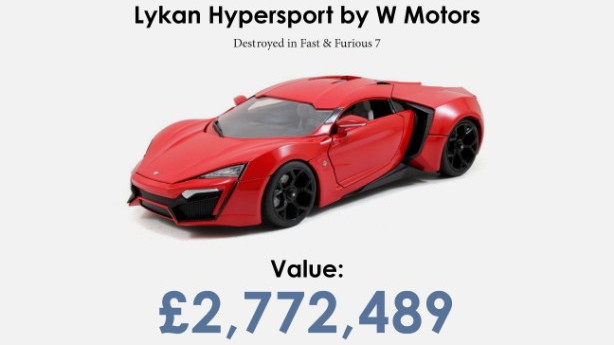 “The Fast and Furious” franchise is known for its cars, high-octane stunts, and the serious wreckage that results from the combination of the two. We take the wreckage for granted, simply sitting awestruck in response to every crash, explosion, and fistfight. But a British insurance website, Insure the Gap, has gone through each of the seven “Furious” films and put a dollar amount on the damage caused over time.

How much have the films racked up in real-world damage? According to Insure the Gap: $523,222,275. Taxpayers certainly wouldn’t be happy with Dominic Toretto and company, but then, they don't have to foot the bill.

The website goes on to break down the damage by movie, the specific kind of damage, and the damage caused by each character. While the first five movies caused less than $25,000,000 each, “Furious 7” checks in with the highest cost of damage. The characters’ actions cost more than $250,000,000 in damage alone.

Fast and Furious damage according to Insure the Gap

Let’s remember what kind of damage we’re talking about, though. Characters have led police on high-speed chases, crashed a jumbo jet on an airstrip, demolished buildings, and even encountered a military tank. They’ve also been responsible for the destruction of some incredible cars, from mild to wild. Insure the Gap says the most expensive car they demolished was the Lykan Hypersport by W Motors.

CHECK OUT: 'The Fate of the Furious' music video features the Dodge Demon

The breakdown also lists the different types of damage, from the lowest level of cosmetic to serious to special vehicle damage. Again, “Furious 7” topped the charts with the most “special” and “serious” damage to cars. “2 Fast 2 Furious” checks in with the most cosmetic damage, while the original film had the lowest levels of each type of damage. They were barely getting started.

Insure the Gap's website offers plenty of statistics and charts, but they may not be up to date for long. "The Fate of the Furious," the franchise’s eighth installment, looks as if it will send the total sum soaring, judging by what we’ve seen in the official trailer. Can we get to a cool billion? We'll see soon. "The Fate of the Furious" opens April 14.