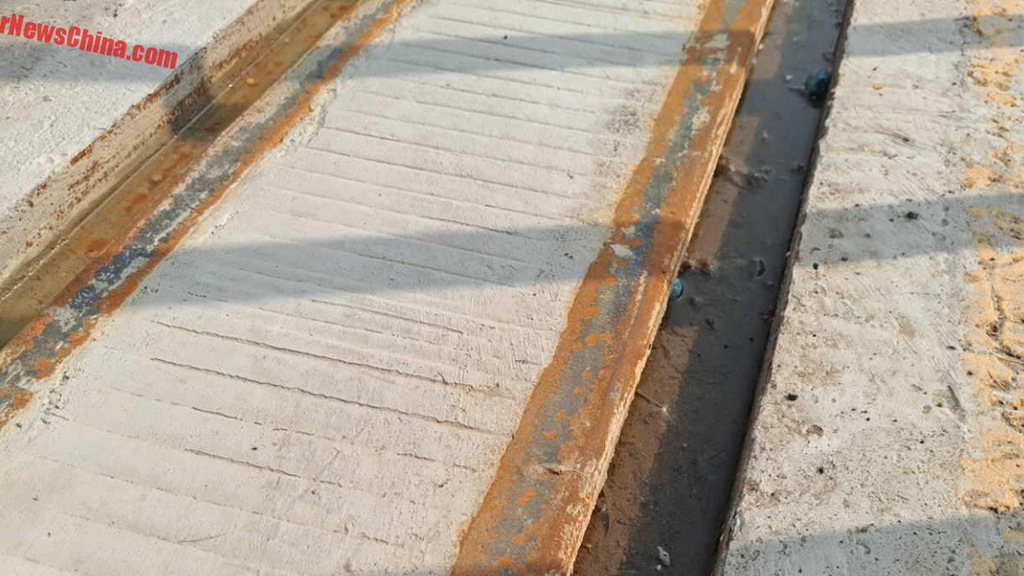 Last summer, a seemingly cool "straddling bus" project in China made headlines. The futuristic thing swooped above traffic on rails at the side and center of the road.

Well, after a whole lot of hoopla and promotion—including a happy video—it all came crashing down. Not literally, mind you, but figuratively.

The straddling bus now sits under an open-ended shed, apparently abandoned, and it hasn't run in months, according to Shanghaiist.

Down off its extended side legs, it lies gathering dust, and in fact it's now blocking traffic along one of the roads whose congestion it was meant to alleviate.

It's an ignominious end to what briefly caught the world's attention as a new and innovative way to move people above China's agonizing and intractable traffic jams.

Officially known as the Transit Elevated Bus, or TEB-1, it carried its first passengers on a stretch of street in the city of Qinhuangdao, Hebei Province, in northern China.

The test got a blaze of publicity for TEBtech, its maker, though almost immediately, questions were raised about how practical the elevated bus could be.

That may allow sedans and hatchbacks to pass underneath, but the bus still blocked intersections—and failed to pass under the many pedestrian bridges that cross Chinese city streets, not to mention traversing tunnels under intersections.

While TEBtech hoped to deploy the bus by the end of the year, that obviously hasn't happened. And the transport departments from countries that included Brazil, France, India, and Indonesia that had supposedly indicated interest don't seem to have done much with it either.

But it may continue to block traffic for some time to come: Shanghaiist reports that TEBtech has renewed its lease to test the bus on that stretch of road for another year.