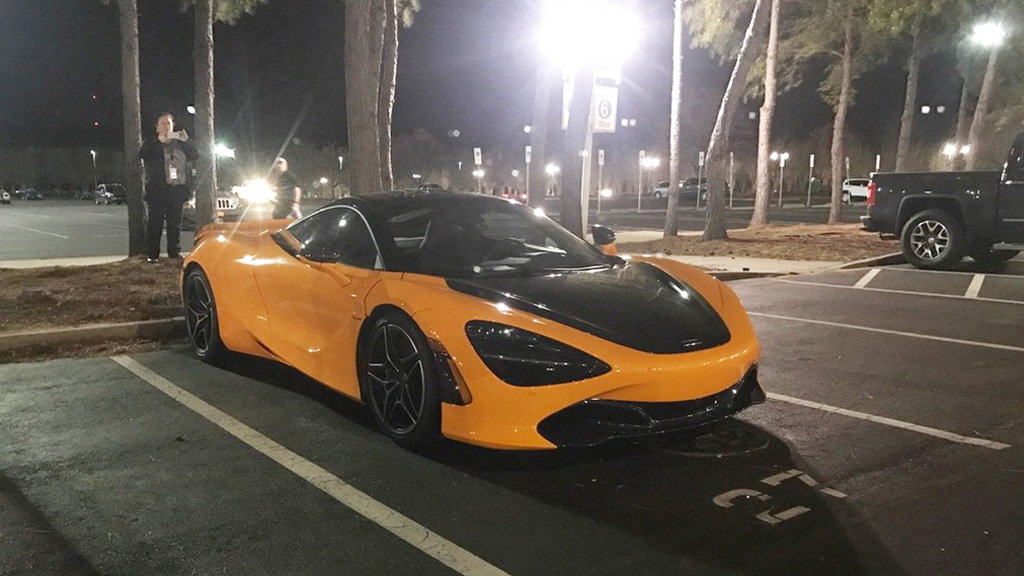 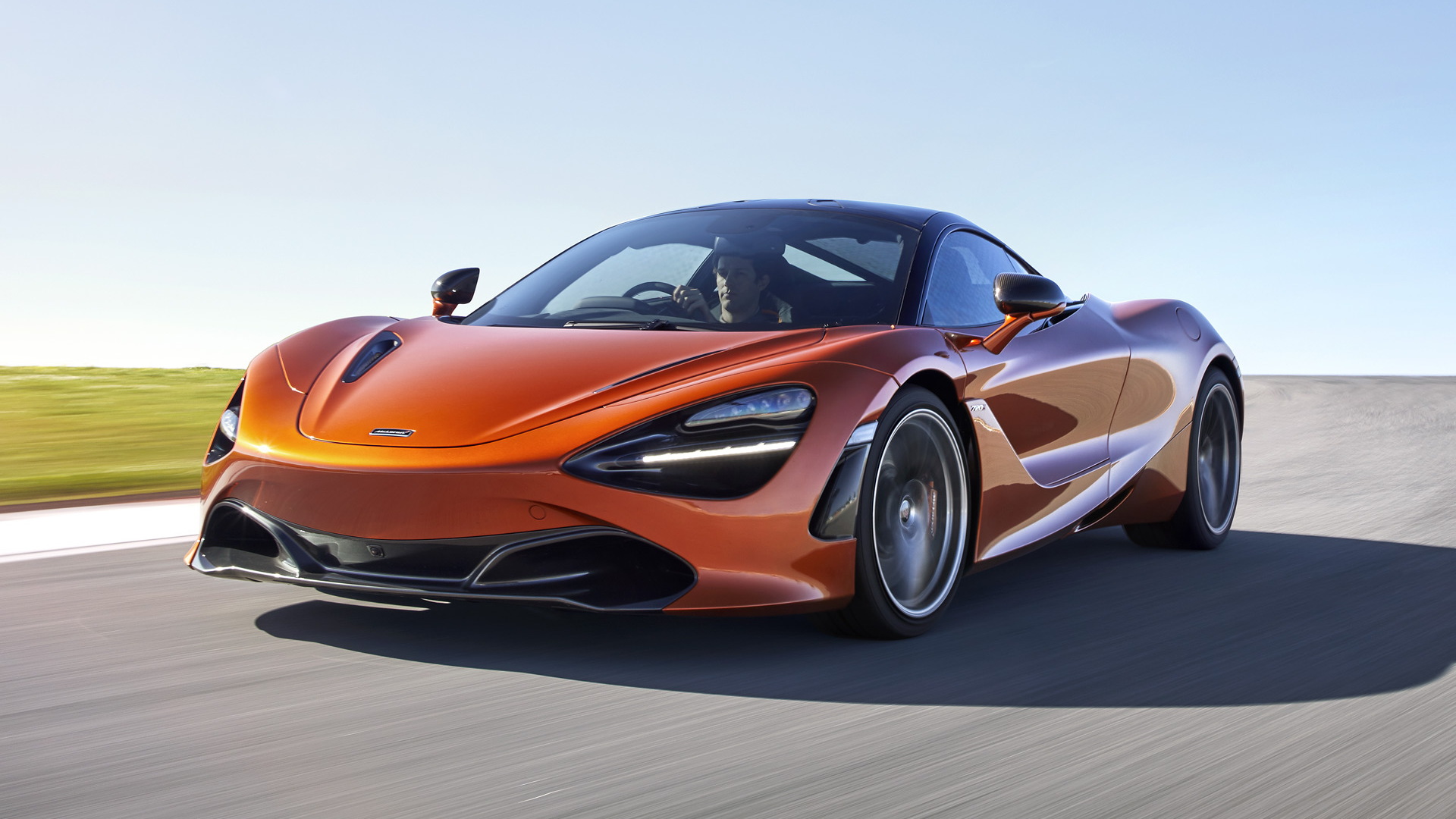 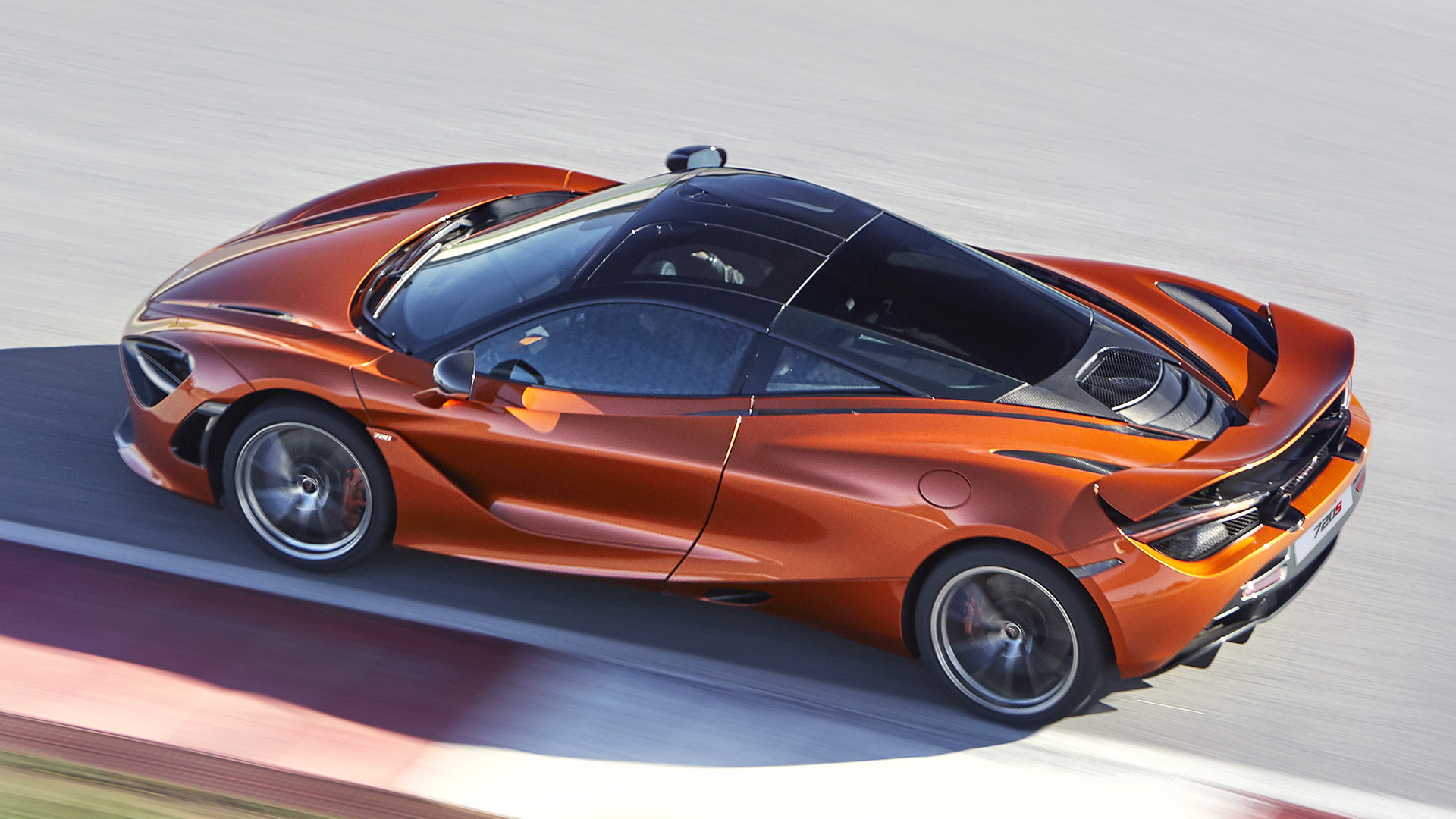 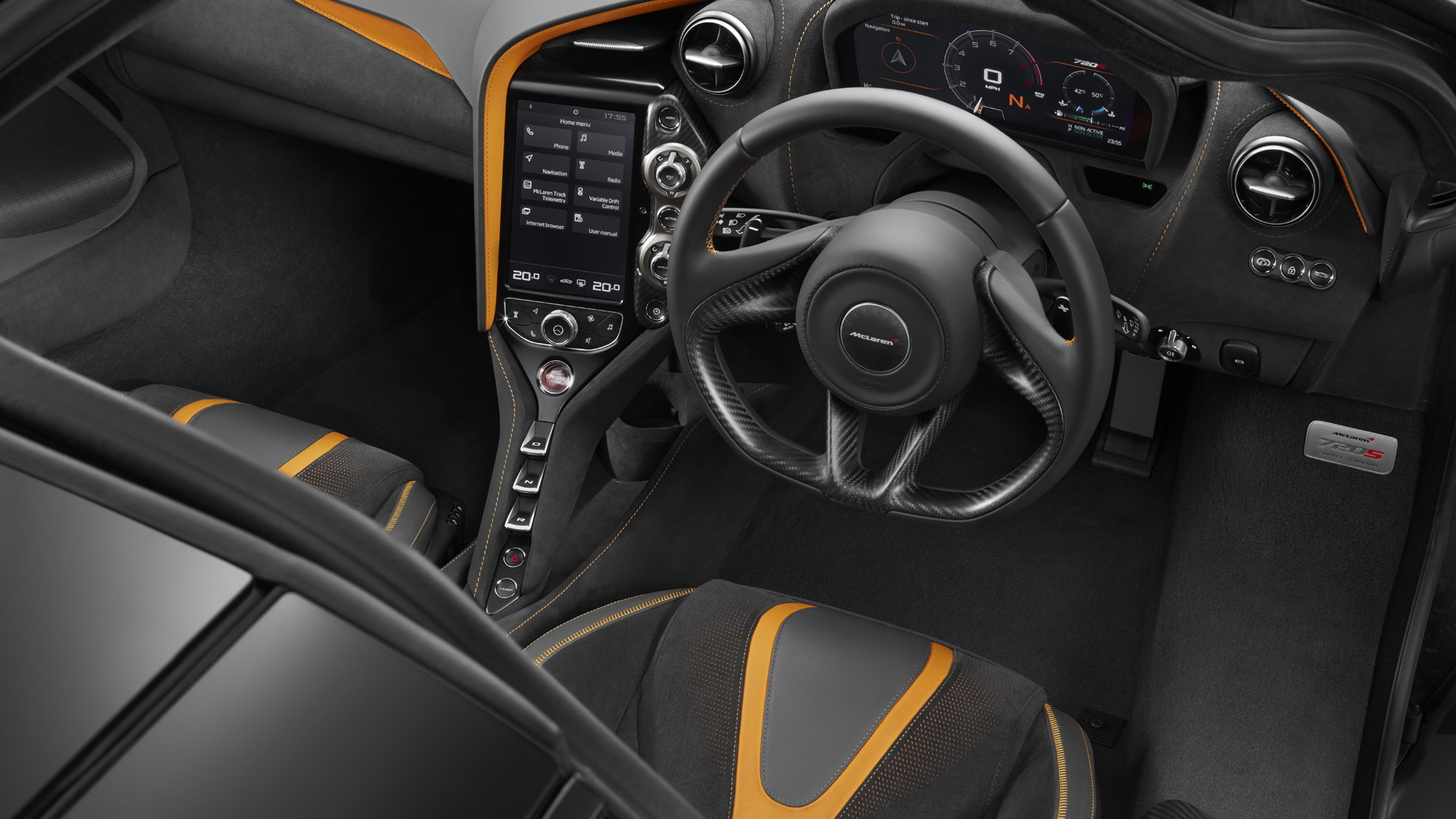 Fresh from its world debut a week ago at the 2017 Geneva auto show, McLaren’s 720S supercar has been spotted in the United States.

It was spotted by Reddit user MyNameIsBUNS in the car park of the PNC Arena in Raleigh, North Carolina during Saturday night’s ice hockey match between the Carolina Hurricanes and Toronto Maple Leafs.

In contrast to the car we saw in Geneva, the orange here has a matte finish and the black of the roof extends to the hood. We can also see the yellow turn signals in the front bumper that are mandatory for cars sold locally.

And there’s no mistaking those new headlight surrounds. The actual light source comes from two strips of LEDs, one mounted on top of the other, and surrounding this is a large cutaway designed to channel air to the brakes and sides of the body. It’s all about function, McLaren tells us, though the design is no doubt polarizing.

Sales of the 720S in the U.S. start in May and pricing should lie close to the $280,000-mark. This represents only a small bump up from the starting price of the 650S, which the much-improved 720S replaces in McLaren’s mid-level Super Series family. Recall, this is a mid-engine, carbon fiber exotic with 710 horsepower and a 0-60 mph time in under 3.0 seconds. In other words, it’s a bargain next to the competition.