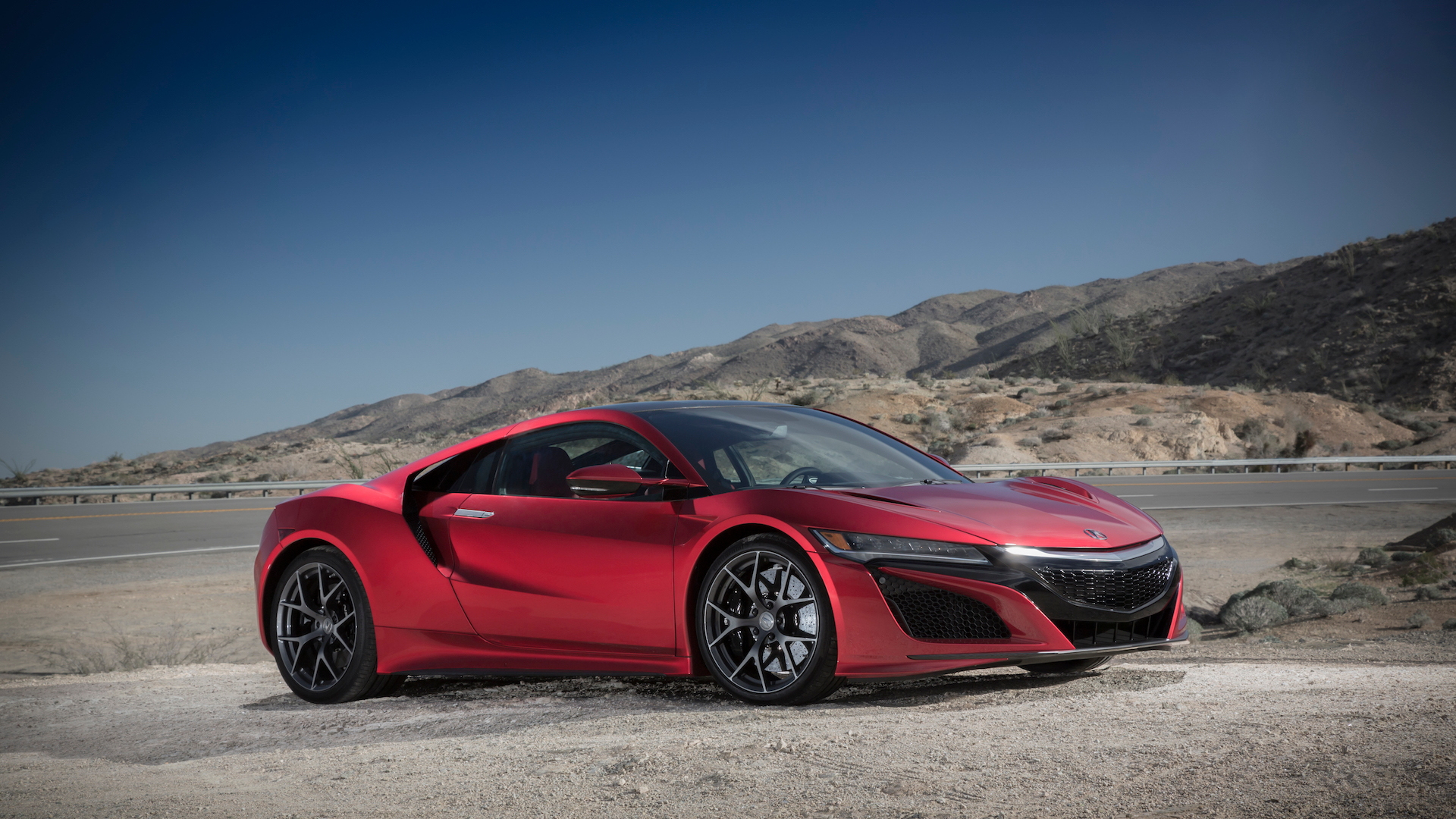 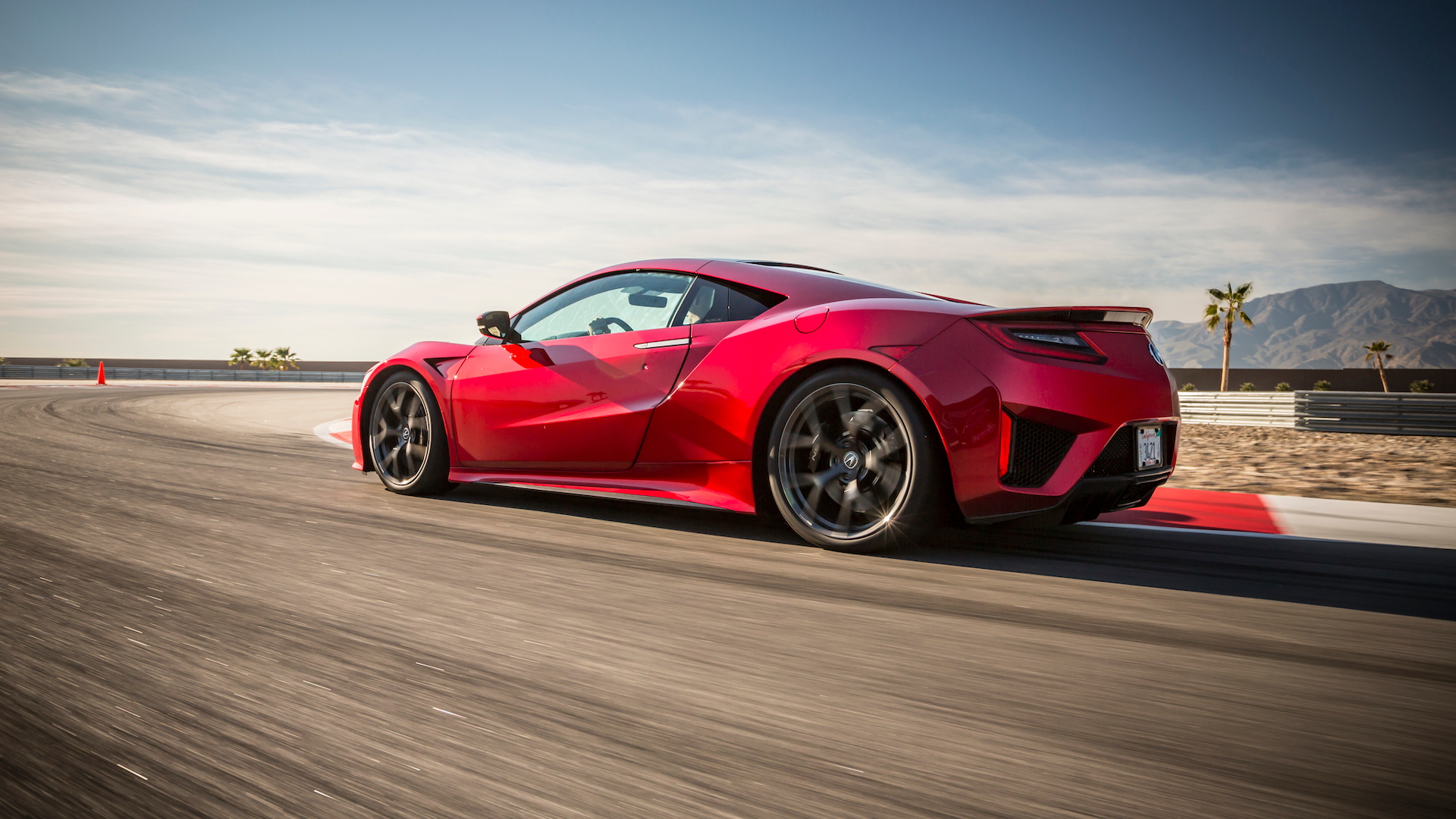 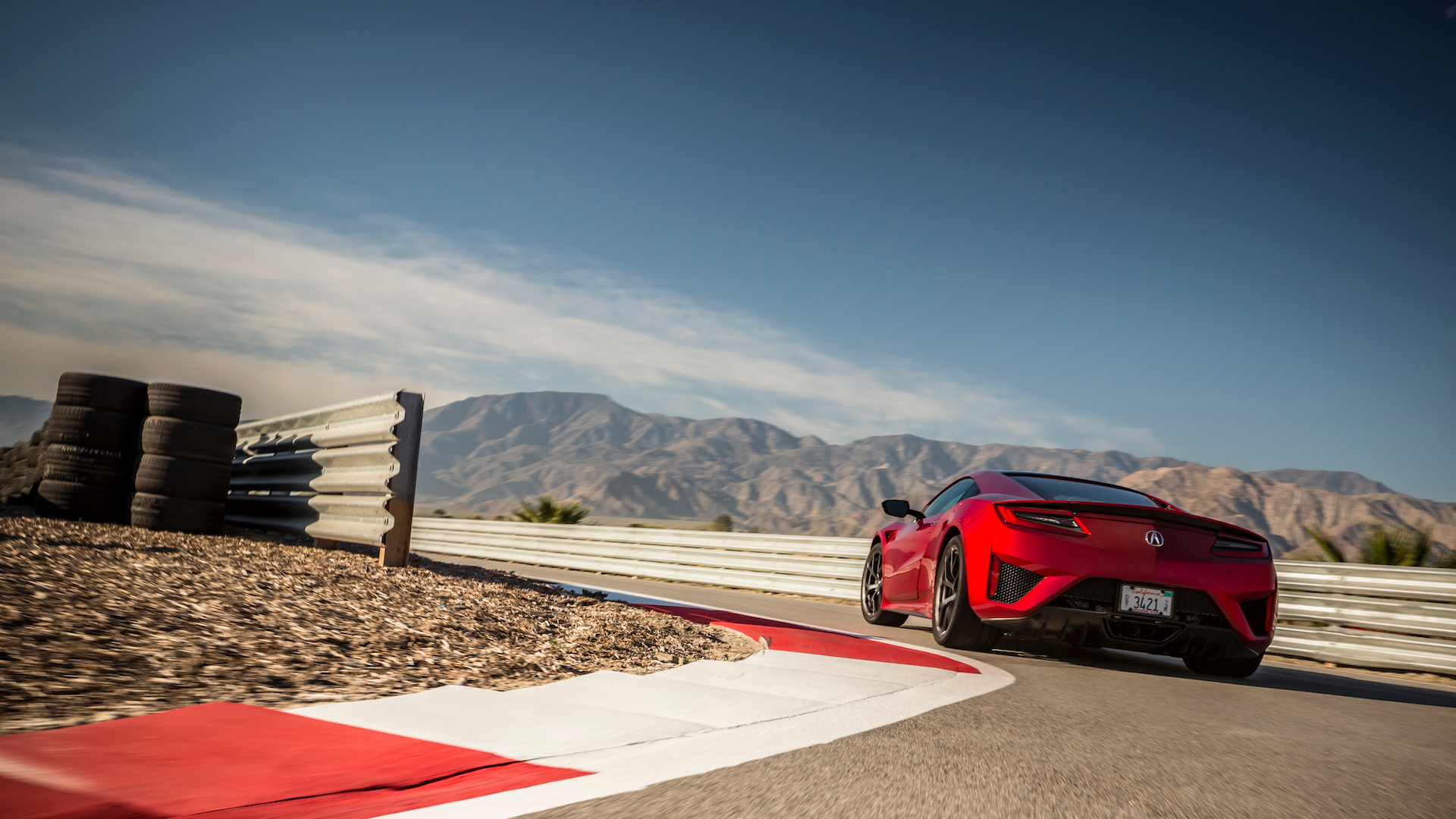 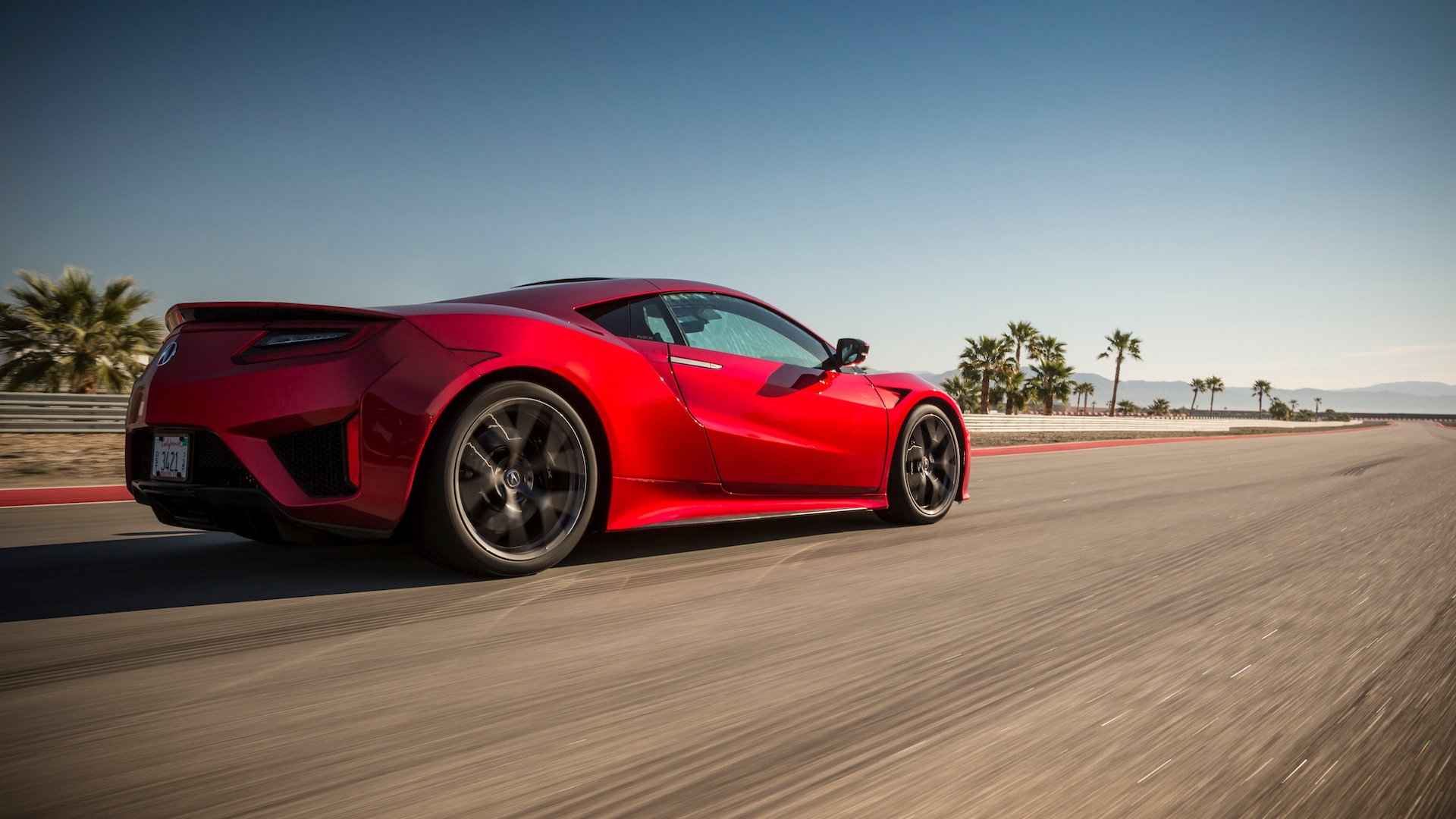 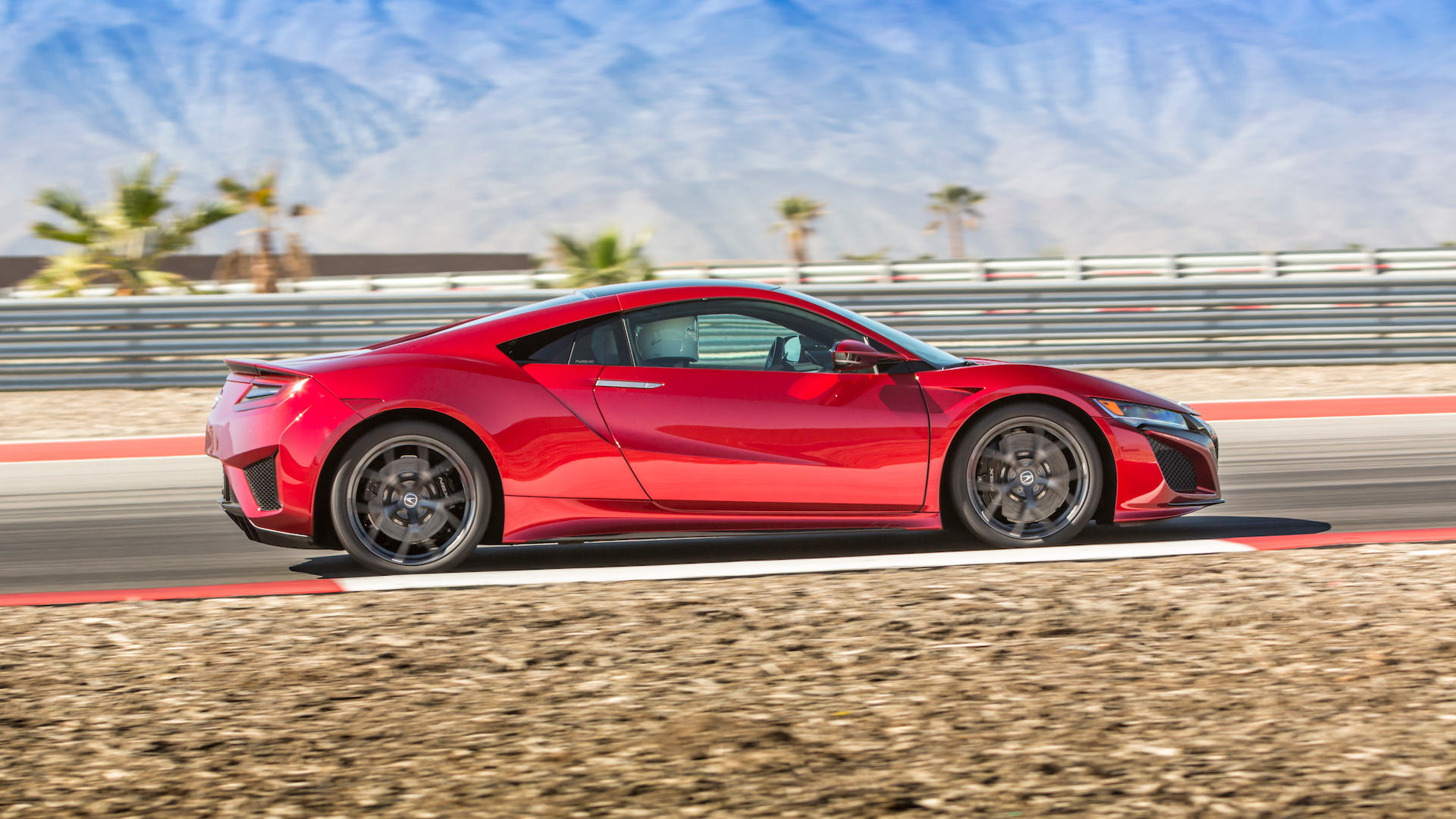 The 2017 Acura NSX is somewhat controversial. Fans of the original loved the way it challenged the established supercars of the day with a simple mid-mounted V-6 engine and an aluminum architecture. That car could perform on a racetrack and feel like an Accord on the road, while the Ferraris and Lamborghinis of the era beat up their occupants in the name of performance.

Take that formula, throw it out, and start over with a three-motor hybrid powertrain complete with all-wheel drive, torque vectoring, and more lines of code than your desktop computer. The 2017 Acura NSX isn't exactly minimalist like its predecessor, but the sum of all that technology is in the running for our 2017 Best Car To Buy award.

Like it or not, the  NSX's tech is impressive. The twin-turbocharged V-6 engine works with those three motors to produce 573 horsepower and a 0 to 60 mph time around 3.0 seconds. One of those motors is found at the rear, with the engine, while the other two are located up front where they can provide both all-wheel drive and torque vectoring capability. The electric motors can power the car by themselves, and they are also used to fill power while the twin turbos spool up.

If there's such a beast as a tame supercar, this is it. This NSX is designed to be driven quickly without feeling nervous or twitchy, and that's just what it does.

The novel mechanicals turn too-tight corners into huge, easily deciphered vistas. Roll into the right pedal, unwind the steering, and the NSX moves with neutral and transparent footwork. The front motors trade off torque or spin in regen mode, while the limited-slip keeps the rear wheels mostly in line.

The base price is $157,800, but Acura offers a lot of carbon fiber goodies, as well as other desirable features, including a set of Michelin Pilot Super Sport tires that increase the grip, to tempt buyers to spend closer to $200,000. That will be too much for most budgets, but then Acura wants to sell just 800 cars per year.

Like the first NSX, the second generation is a halo car, with no point other than to show Honda can build its own Ferrari, minus the badge. The original's purity has been replaced by a wildly inventive synthesis of drive systems, but the 2017 Acura NSX is a technological flagship, and a convincing one.