Sunday’s 2016 Formula One Malaysian Grand Prix ended with a shock result, with Red Bull Racing’s Daniel Ricciardo and Max Verstappen fighting it out in front of all other drivers.

Ricciardo crossed the line first, with Verstappen following less than two and half seconds behind. Third place went to Mercedes AMG’s Nico Rosberg, who now has a sizable lead in the 2016 title race.

Things started off like normal, with Rosberg and fellow Mercedes driver Lewis Hamilton on the front row. Hamilton had pole and was in the lead for much of the race but engine failure on lap 41 meant the reigning world champion was out of the race.

Rosberg had his own troubles right from the start, initially when Ferrari’s [NYSE:RACE] Sebastian Vettel, battling with Verstappen into Turn 1, ran into the back of Rosberg. Vettel was out and was later handed a three-place grid penalty for the next race. 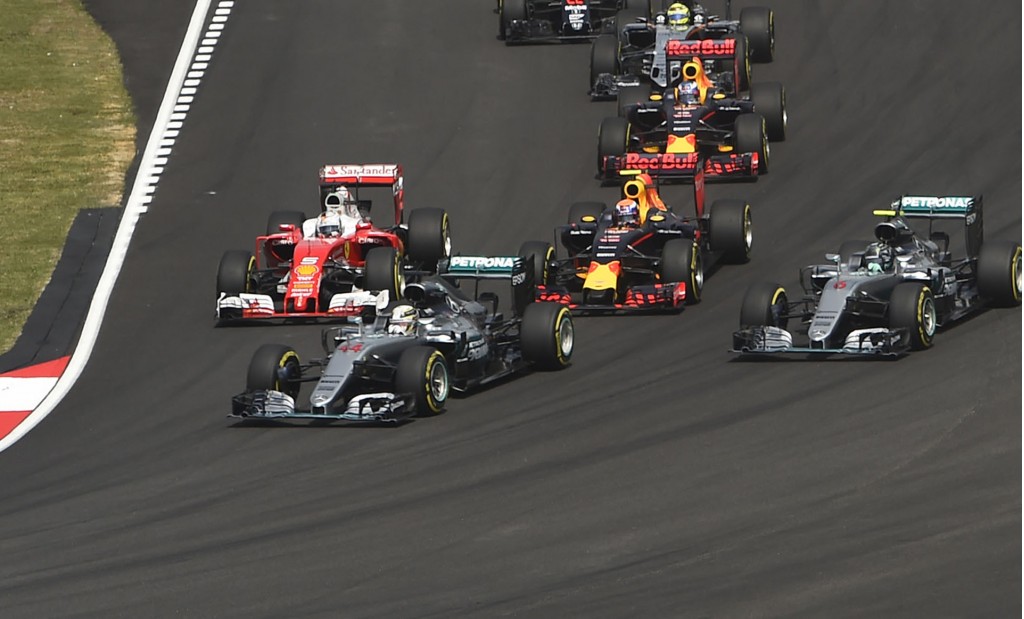 Rosberg, meanwhile, fell to the back of the grid. Fortunately he worked his way back up the field. There was more trouble for him, though. Around the midway point, he came into contact with Ferrari’s other driver Kimi Räikkönen and was handed a 10-second penalty. Despite the damage to Räikkönen’s car from the scuffle, the Finn still managed to finish fourth. Rounding out the top five was Williams’ Valtteri Bottas.

Force India’s Sergio Perez fought hard to finish sixth, with McLaren’s Fernando Alonso finishing seventh after starting at the back of the grid. In eighth was Force India’s other driver Nico Hulkenberg, while in ninth was McLaren’s other driver Jenson Button. It was the Briton’s 300th grand prix. Rounding out the top ten was another Brit, in this case Renault’s Jolyon Palmer.

Rosberg was likely elated to have still managed third, as his tally in the 2016 Drivers’ Championship now stands at 288 points, or 23 more than Hamilton in second place. In third place is Ricciardo with 204 points. In the Constructors’ Championship, Mercedes leads with 553 points. Red Bull is in second with 359 points and Ferrari is third with 313 points. The next race on the calendar is this weekend’s Japanese Grand Prix.

Hit the next page for the full results of the 2016 Formula One Malaysian Grand Prix. 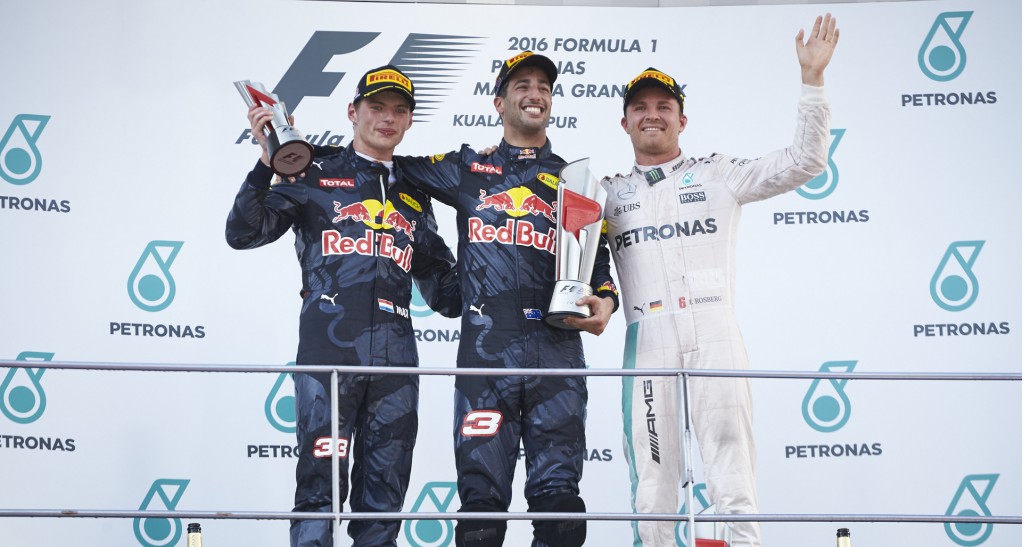 Below are the full results for the 2016 Formula One Malaysian Grand Prix: