Israeli firm Mobileye has criticized Tesla [NSDQ:TSLA] over the semi-autonomous Autopilot system, stating the automaker was “pushing the envelope in terms of safety.”

Mobileye developed the camera-based sensor technology used by Autopilot but ended its partnership with Tesla in July. The company has since joined BMW and Intel to develop autonomous driving technology for the German automaker. It also supplies sensor technology to more than 20 other automakers.

Speaking with Reuters on Wednesday, Mobileye Chairman and founder Amnon Shashua emphasized that Autopilot was strictly an assistance system and not a self-driving one.

Though Tesla has never stated Autopilot can take full control of a car, numerous customers appear convinced it can. Soon after its launch, video emerged showing Tesla owners without their hands on the wheel and in some cases not even in the driver’s seat.

There has already been at least one death from a crash where Autopilot was in operation. A Model S in May crashed into a truck’s trailer on a Florida highway, killing its driver. Because of the unique position of the trailer and sunlight reflecting off its white exterior, Autopilot could not detect it. 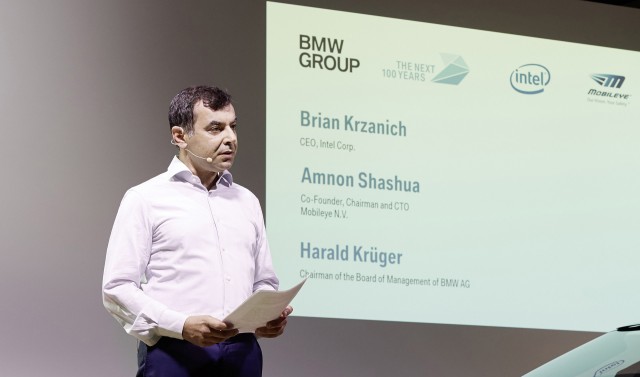 A family in China is also suing Tesla over the death of their son in a Model X crash in January. The electric SUV crashed into the back of a street sweeper on a highway in China. It’s yet to be determined whether the Model X was in Autopilot mode at the time of the crash, though.

Tesla on Sunday said it would in the next two weeks release an update for Autopilot that prioritizes radar data over camera data, which it said would likely have prevented the Florida crash. Previously Autopilot prioritized camera data, with the radar serving as a supplementary sensor only. The automaker also said Autopilot would be updated to ensure drivers keep their hands on the wheel.

And on Thursday, a Tesla spokesperson told Reuters that Mobileye only started criticizing Autopilot after learning that Tesla was developing its own camera-based sensor technology.

“When Tesla refused to cancel its own vision development activities and plans for deployment, Mobileye discontinued hardware support for future platforms and released public statements implying that this discontinuance was motivated by safety concerns,” the spokesperson said.

The National Highway Traffic Safety Administration is currently investigating Autopilot. It has stated it will look at the design and performance of the Autopilot system, primarily to determine whether the system worked according to expectations.