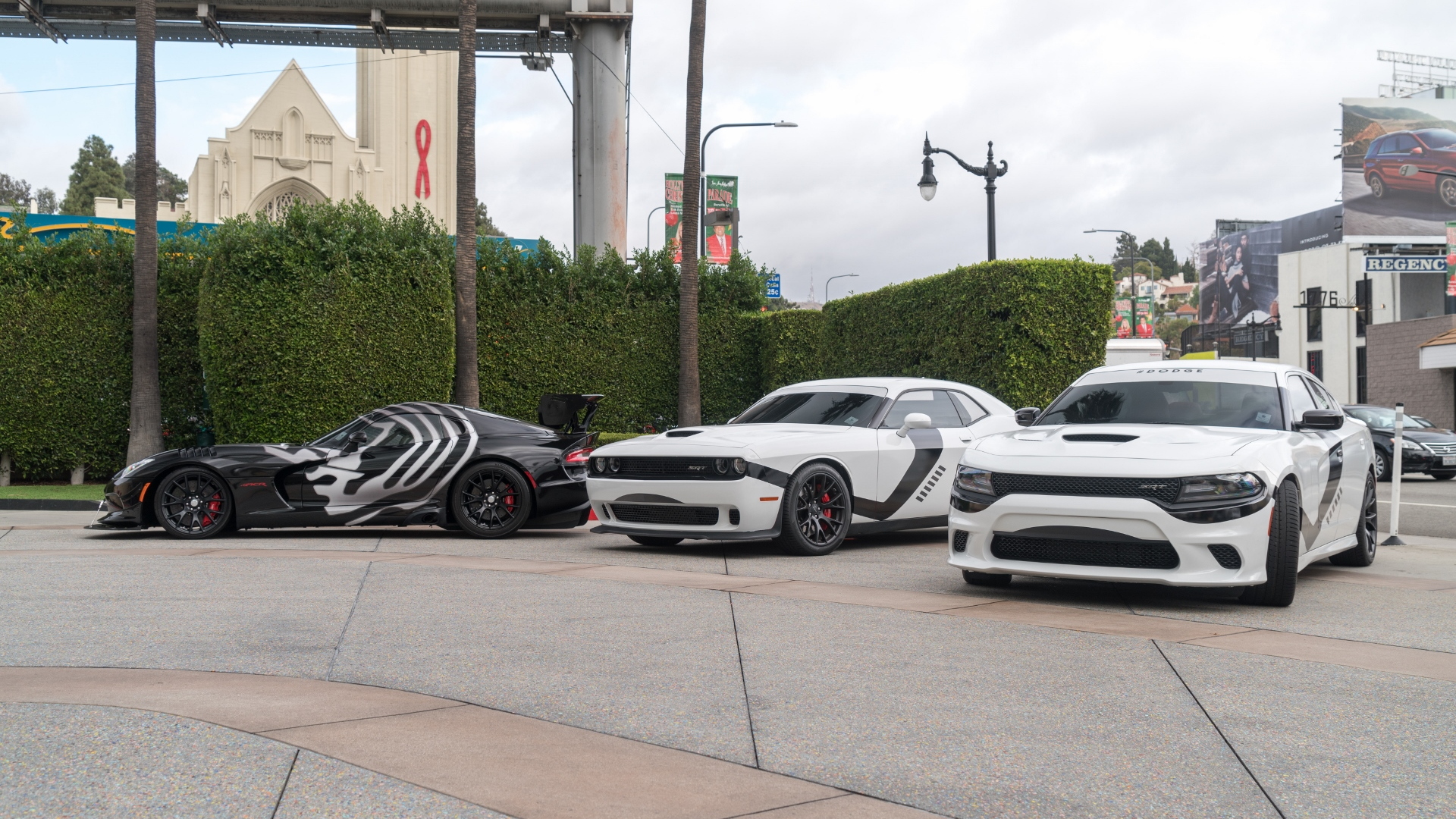 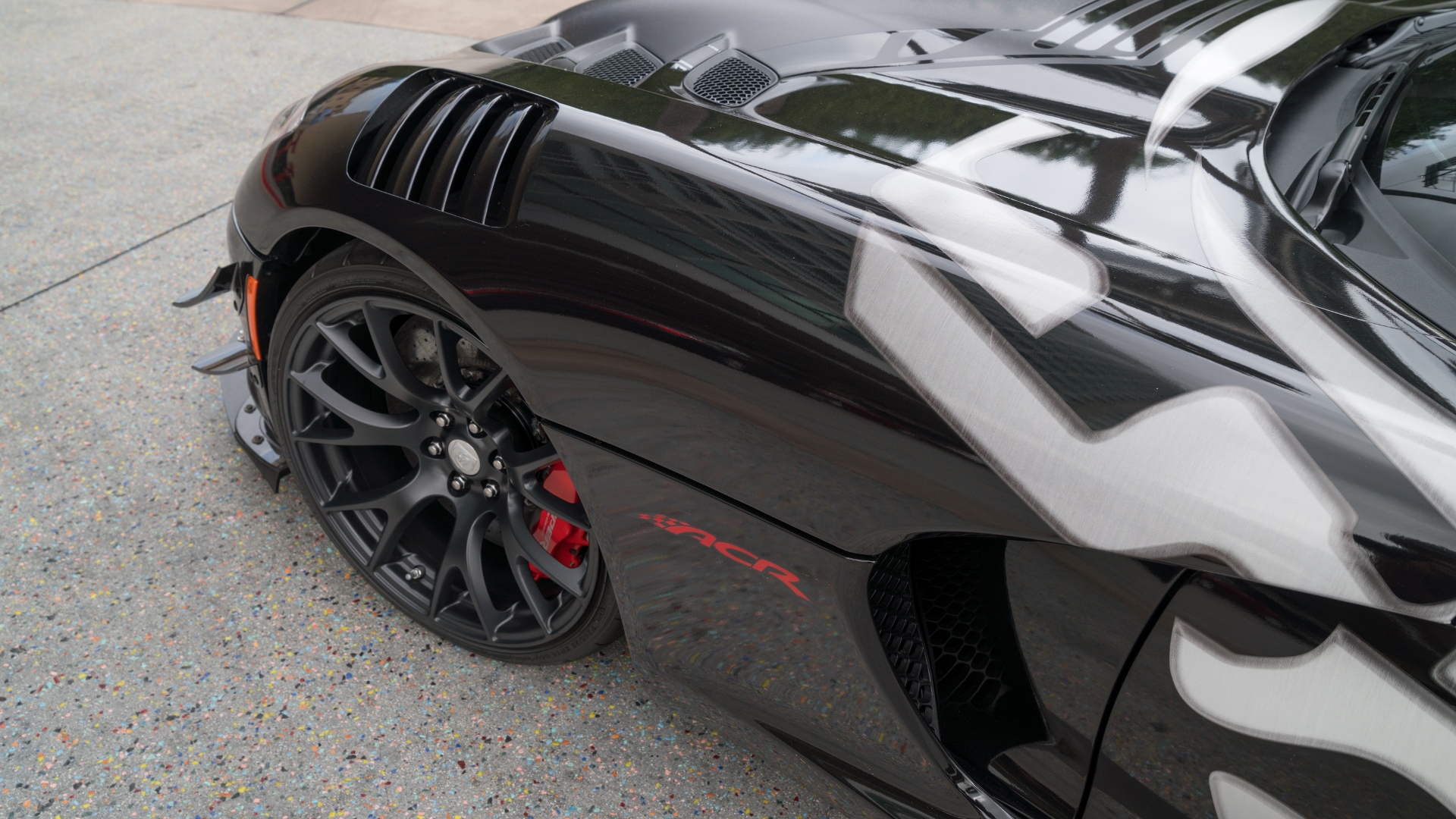 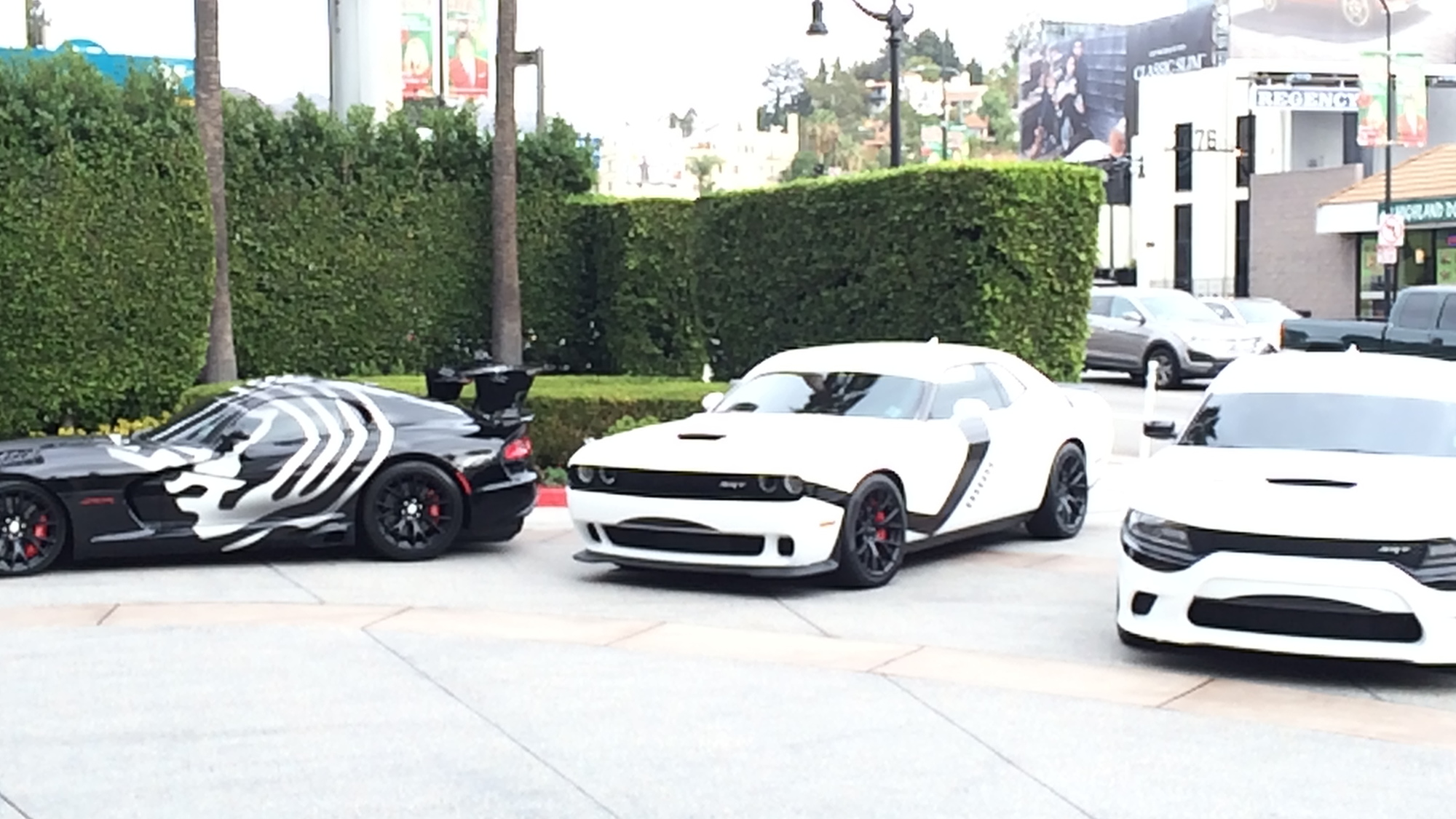 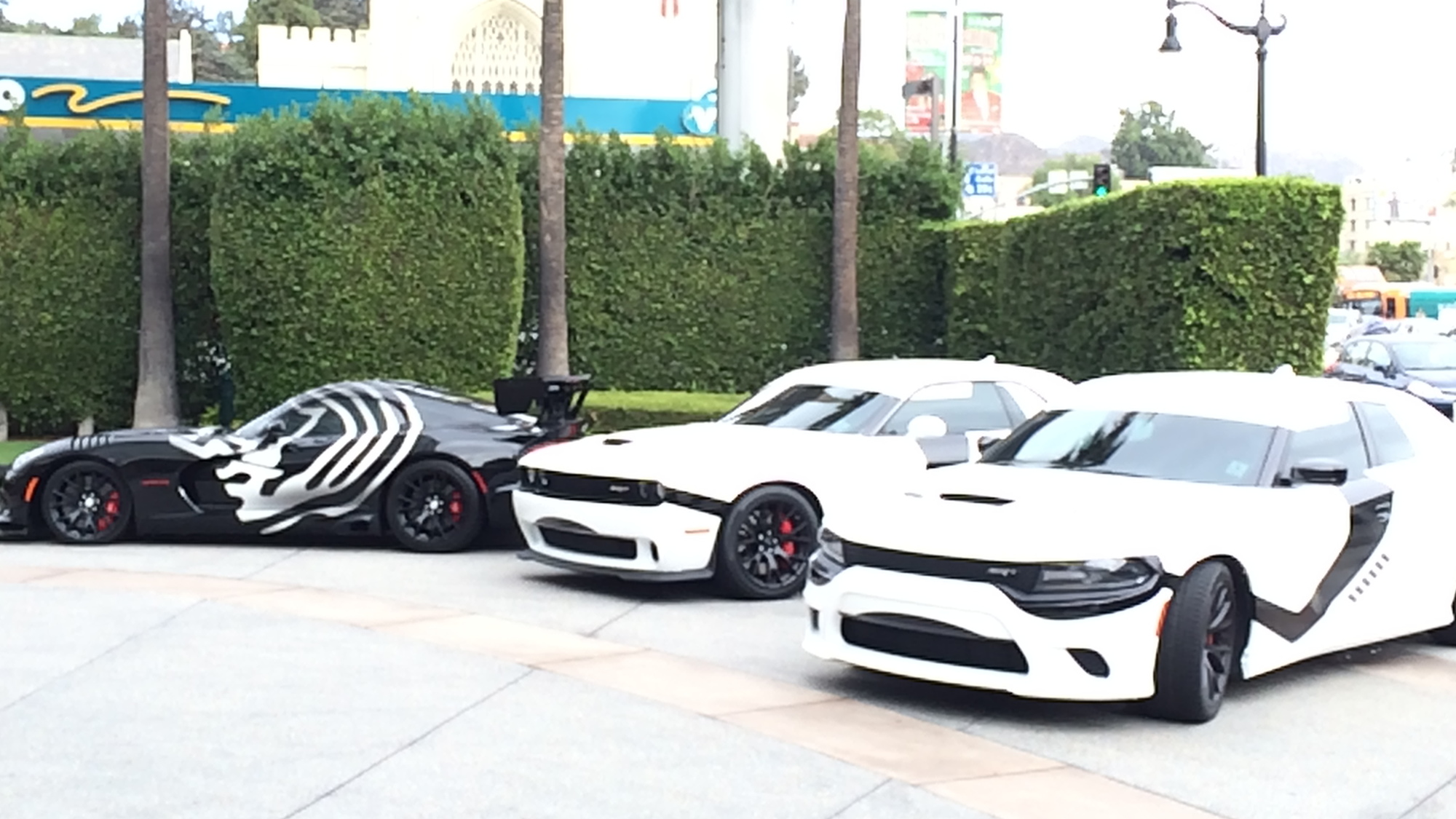 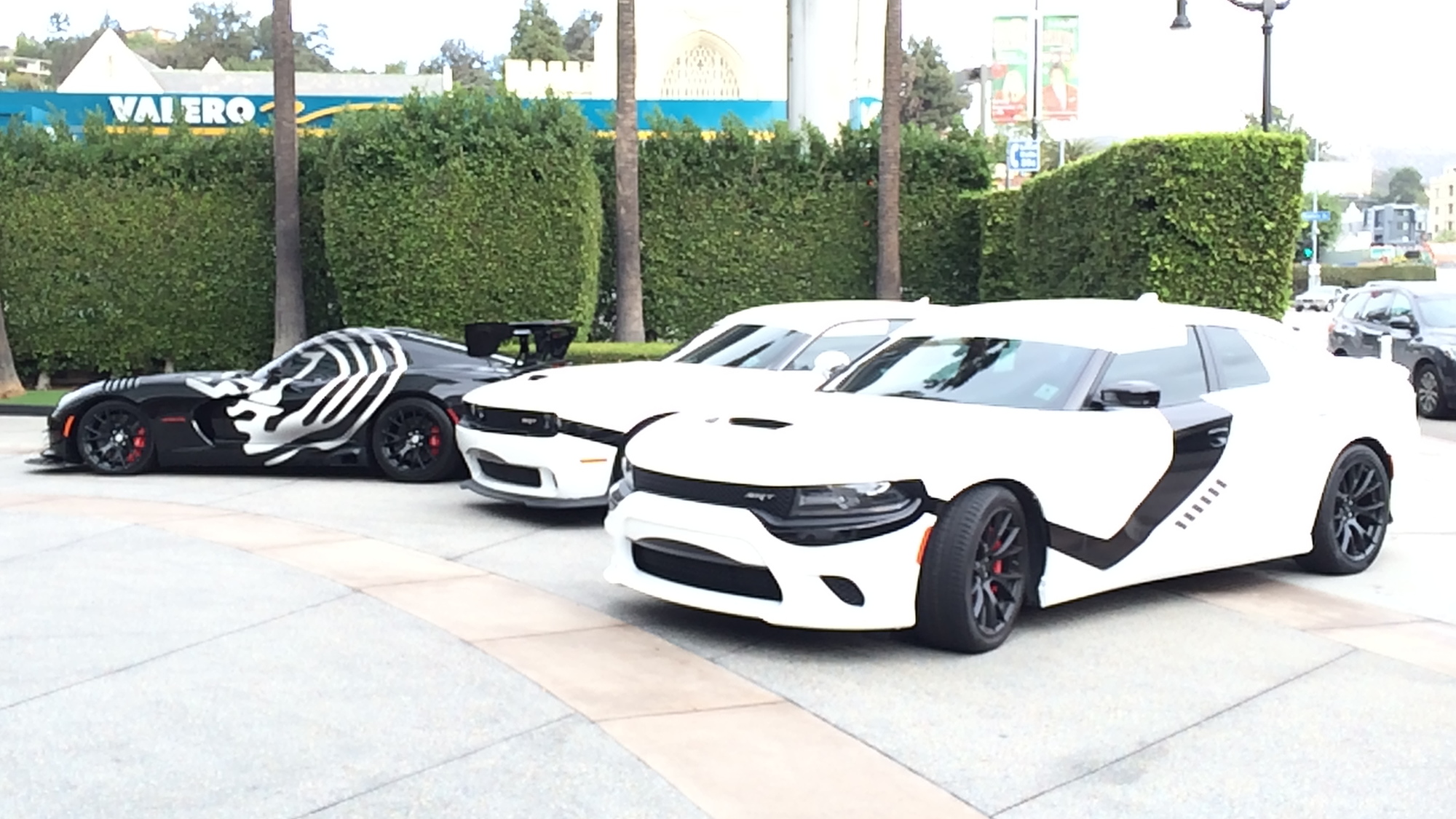 George Lucas may have sold the Star Wars franchise to Disney, but that doesn't mean there will be any less marketing to go with the return of America's favorite movie saga. Dodge has wrapped a Charger SRT Hellcat, a Challenger SRT Hellcat, and a Viper ACR to look like Star Wars characters so they can promote the premier of Star Wars: The Force Awakens on December 18.

These cars will be roaming the streets of Los Angeles this weekend. The white Hellcats are dressed up to look like First Order Stormtroopers, while the black Viper celebrates the new character Kylo Ren. Dodge and Star Wars fans can track their locations in real time on Twitter using hashtags #Dodge and #TheForceAwakens.

In August, LucasFilm announced it had teamed with Fiat Chrysler Automobiles [NYSE:FCAU] and six other major worldwide brands to promote the film. In November, Dodge sister brand Fiat showed a First Order Legion Stormtrooper-themed 500e electric car at the Los Angeles Auto Show. FCA has also produced a series of commercials promoting the film. In one spot, a black Viper plays the role of Darth Vader. In another, a pair of Fiat 500 Abarths represent the dark and light sides of the force. A third implies Ram trucks are powered by the force. And in the fourth, a couple a Jeep remark on the peaceful night sky as a space battle wages.