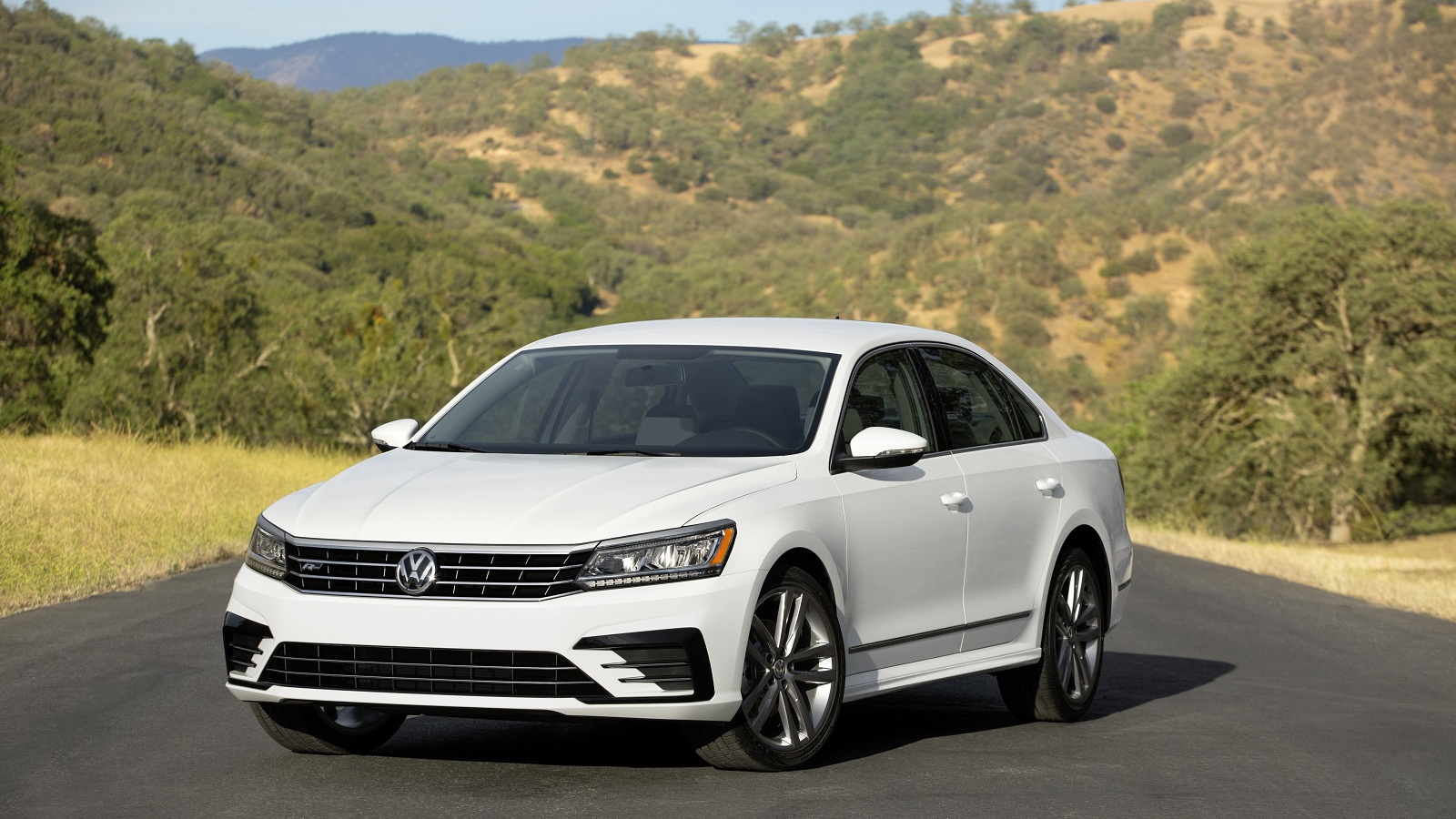 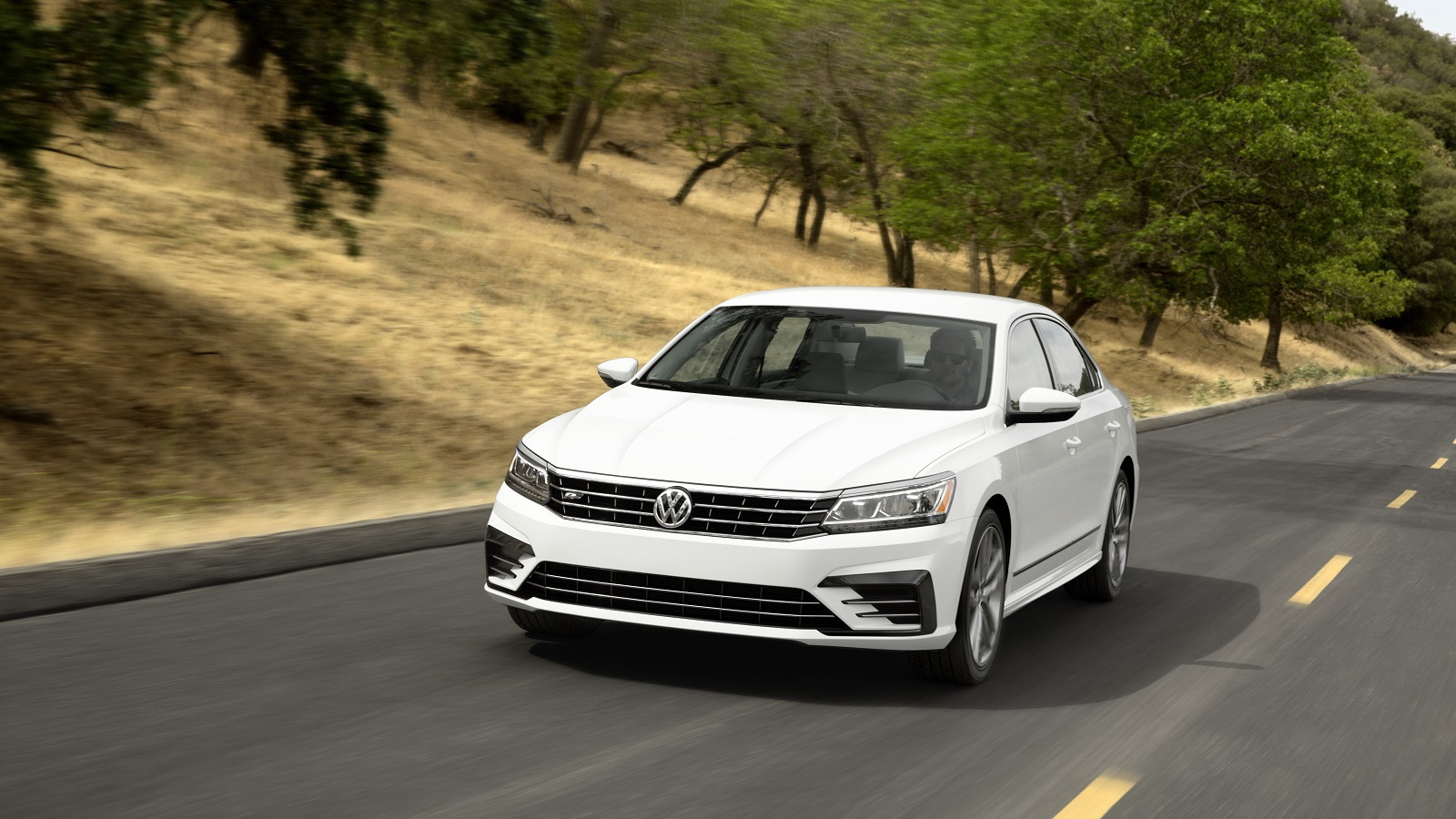 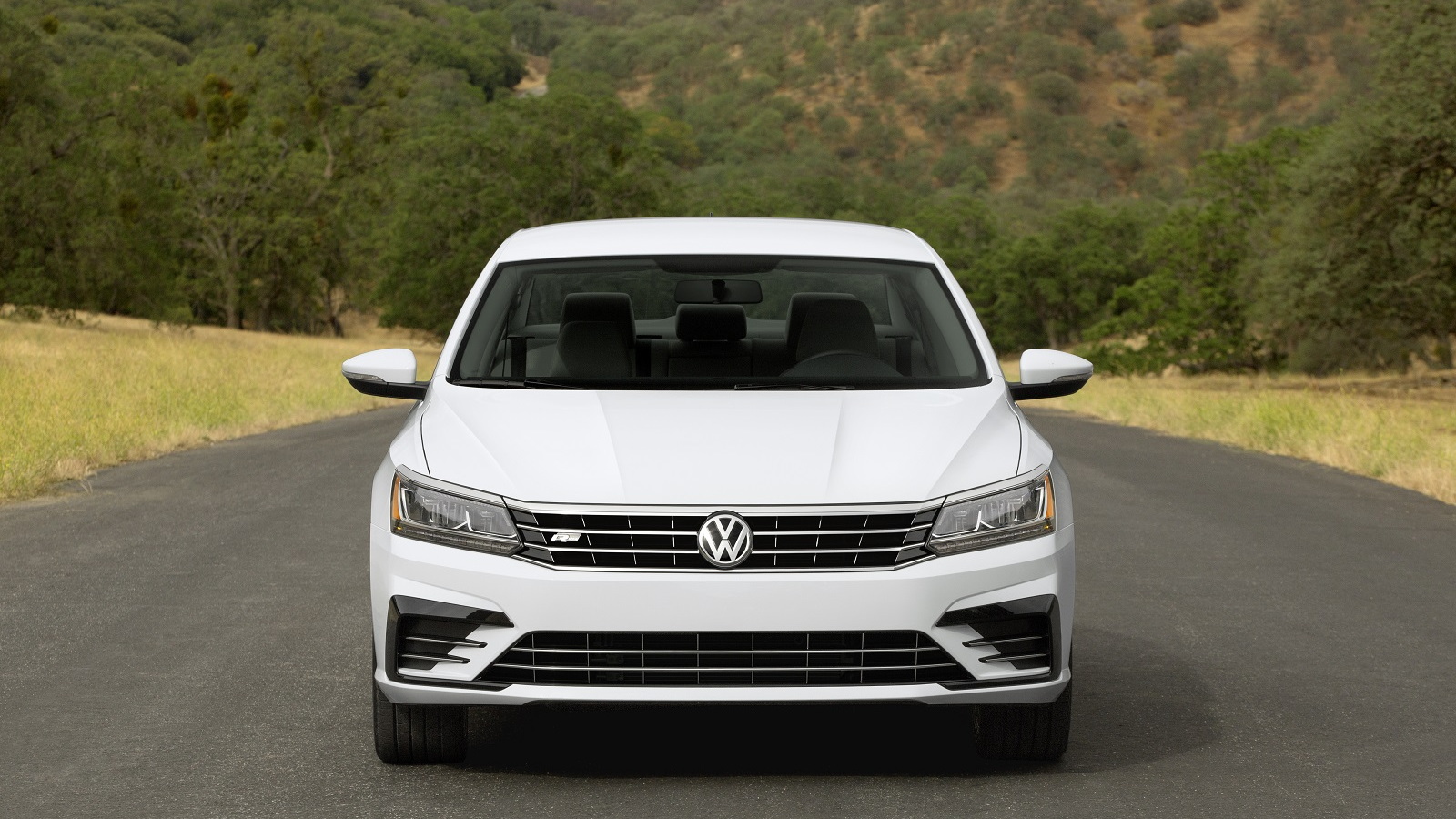 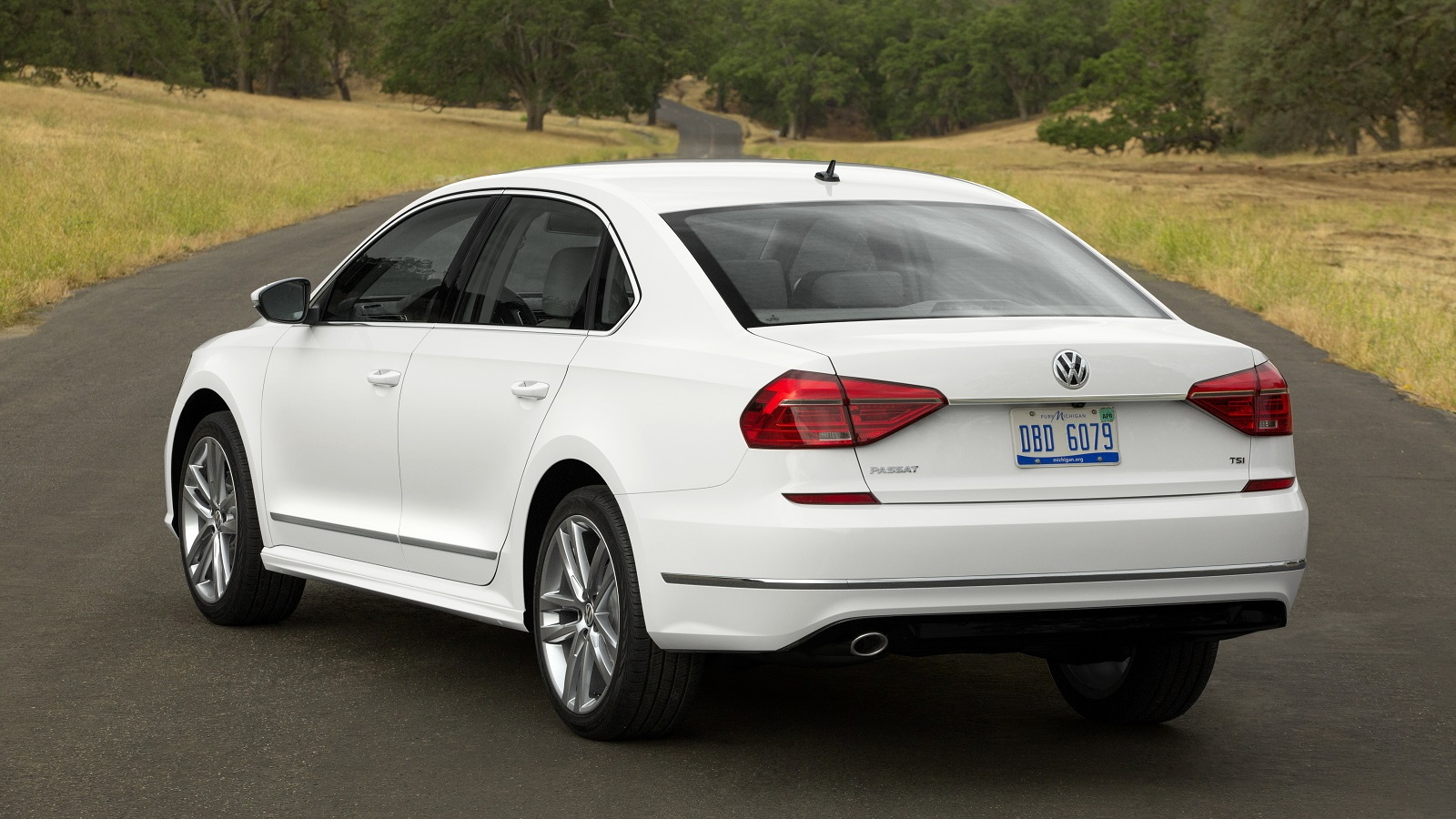 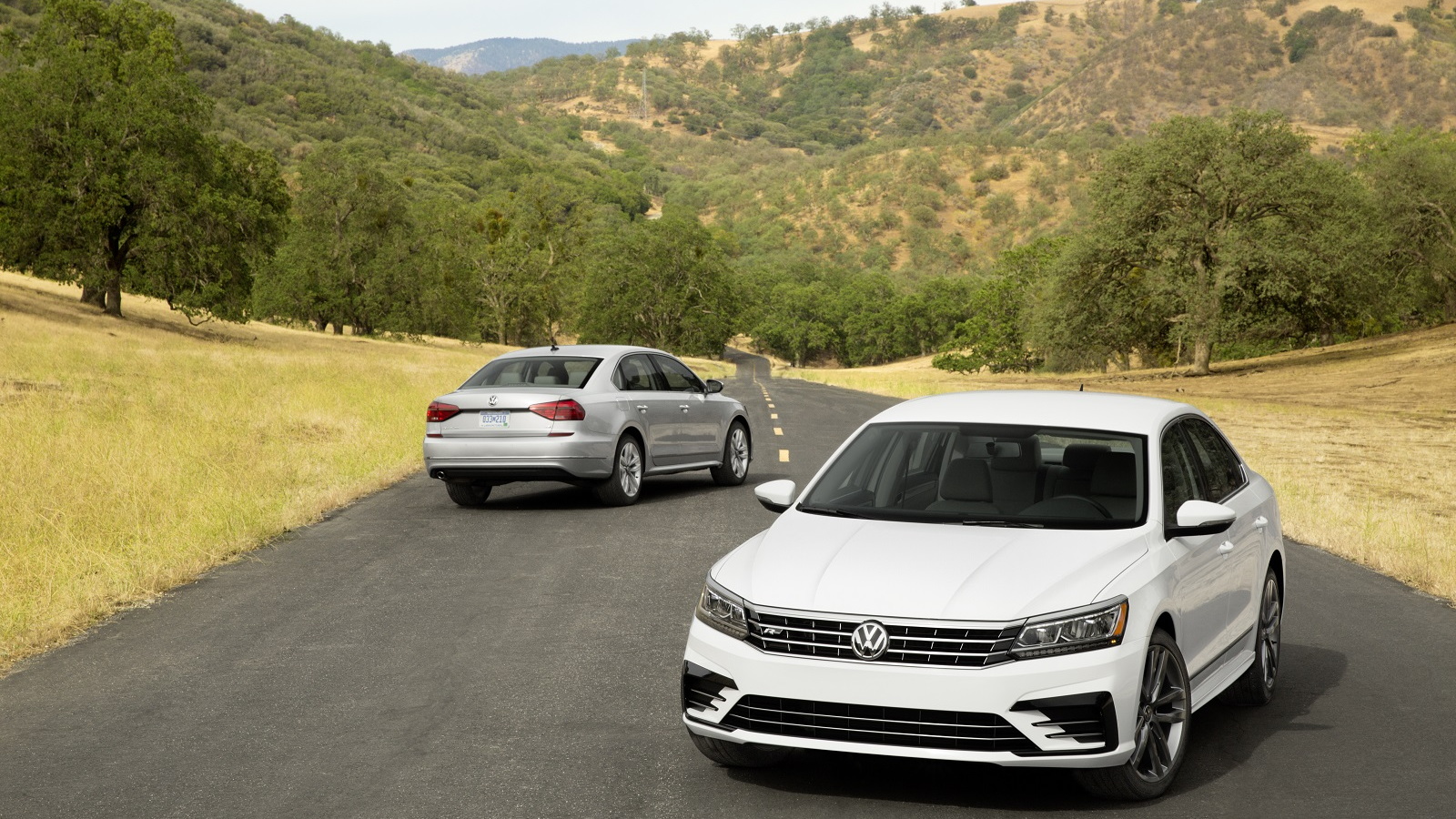 Obviously, the reveal of the Passat isn't why the automotive universe is talking about Volkswagen these days.

That said, the show must go on, and the company revealed its 2016 Passat at an event in Brooklyn, New York on Monday night. The mid-size sedan gets new front and rear clips aimed at giving it a more aggressive appearance, though the changes are more evolutionary than revolutionary.

Up front, the hood has a pronounced bulge, the headlights are narrower, and the grille's four bars are thicker. The trunk, window arches and bumpers also get some new chrome bits. LED head- and taillights—the first on a VW sedan—round out the exterior changes.

Another first is the availability of a sporty R-Line variant of the Passat, which will feature unique rocker panels, a distinctive black-accented grille and a new rear diffuser, along with 19-inch wheels.

More pronounced differences are found inside the cabin, which features a new instrument panel and center stack, including a standard rearview camera. A touchscreen utilizing VW's MIB II infotainment is also standard, and it will allow for swiping and pinch-zooming, as is found on mobile phones. Proximity sensors—which sense hand position—will help keep the system in a state of readiness, and the integration of Apple CarPlay and Android Auto will also contribute to the passenger compartment's updated feel.

When equipped with the 1.8 TSI and an automatic transmission, the 2016 Passat will start at $22,440, not including destination. Full EPA figures haven't been announced, but early estimates put the 1.8-liter models at 38 MPG on the highway.

Pricing for higher spec variants will be revealed before the end of the year.