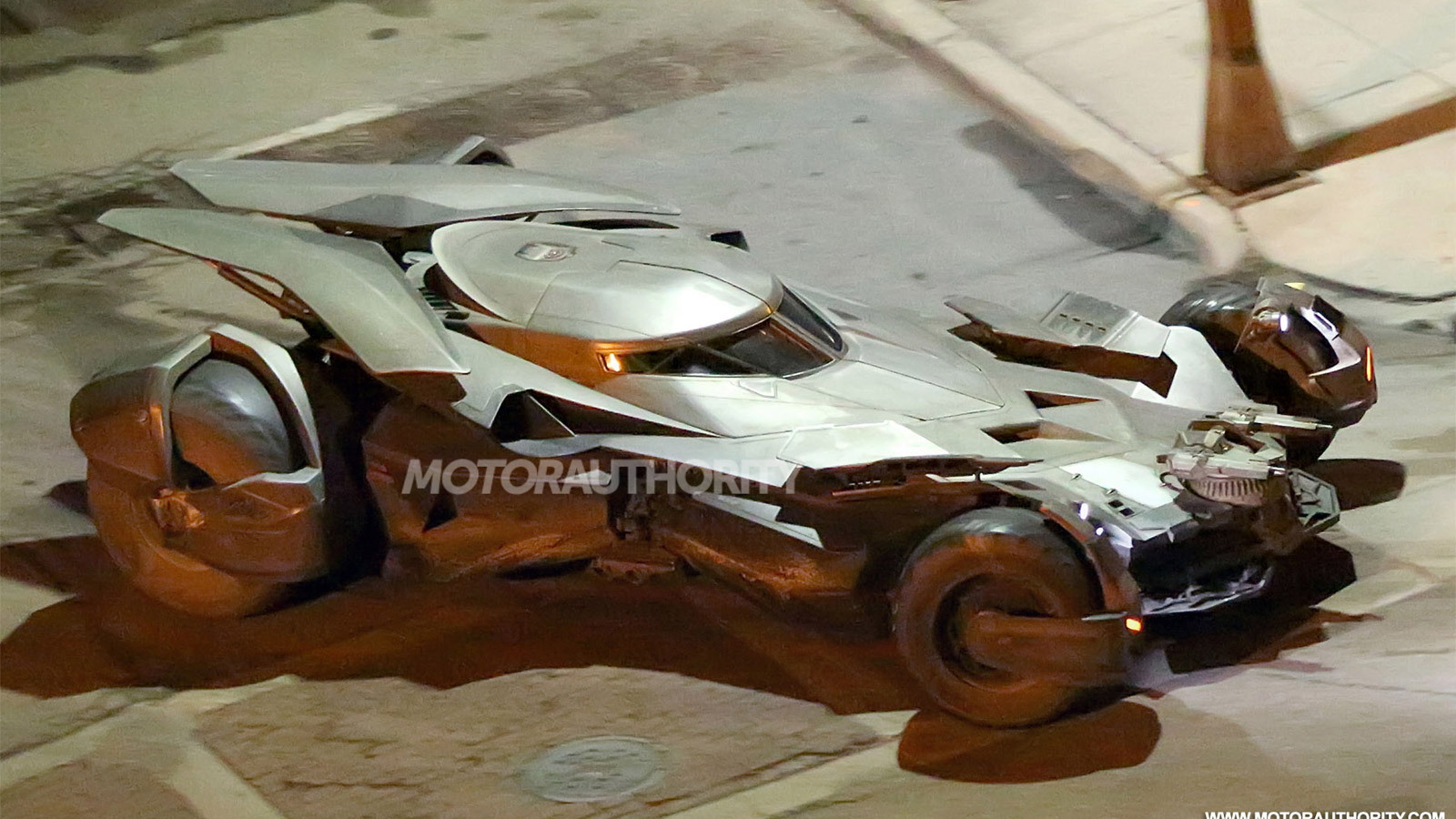 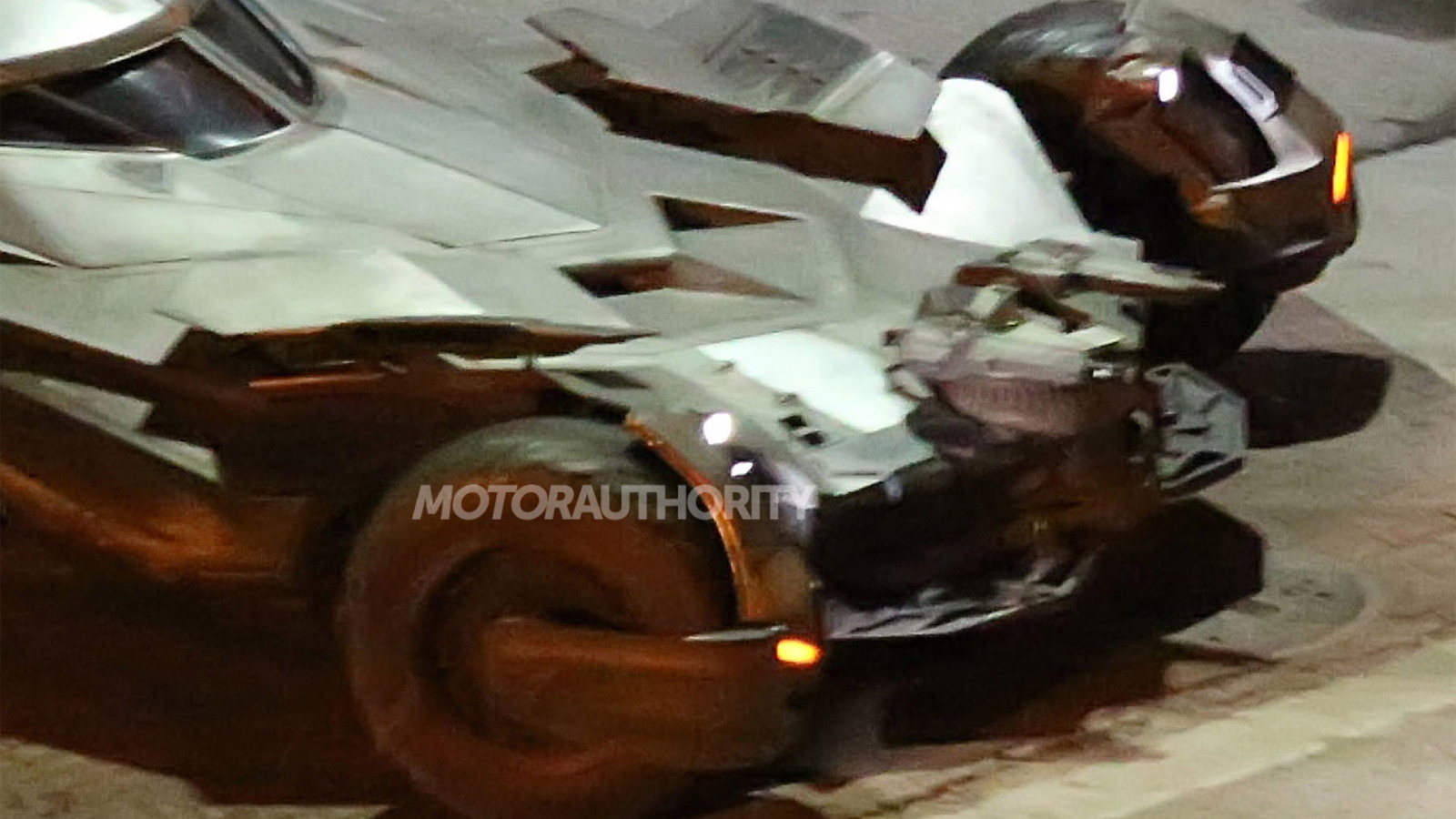 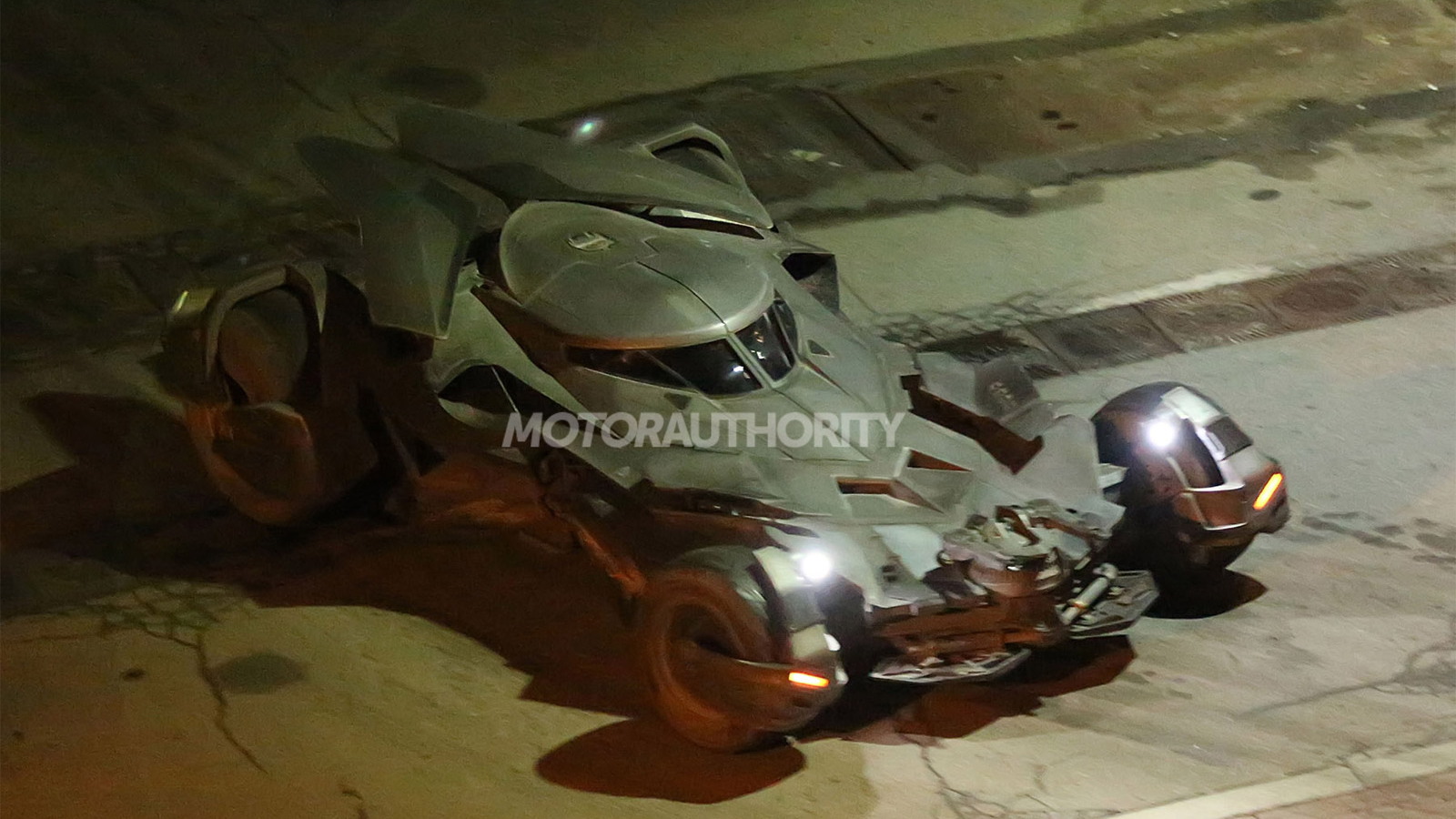 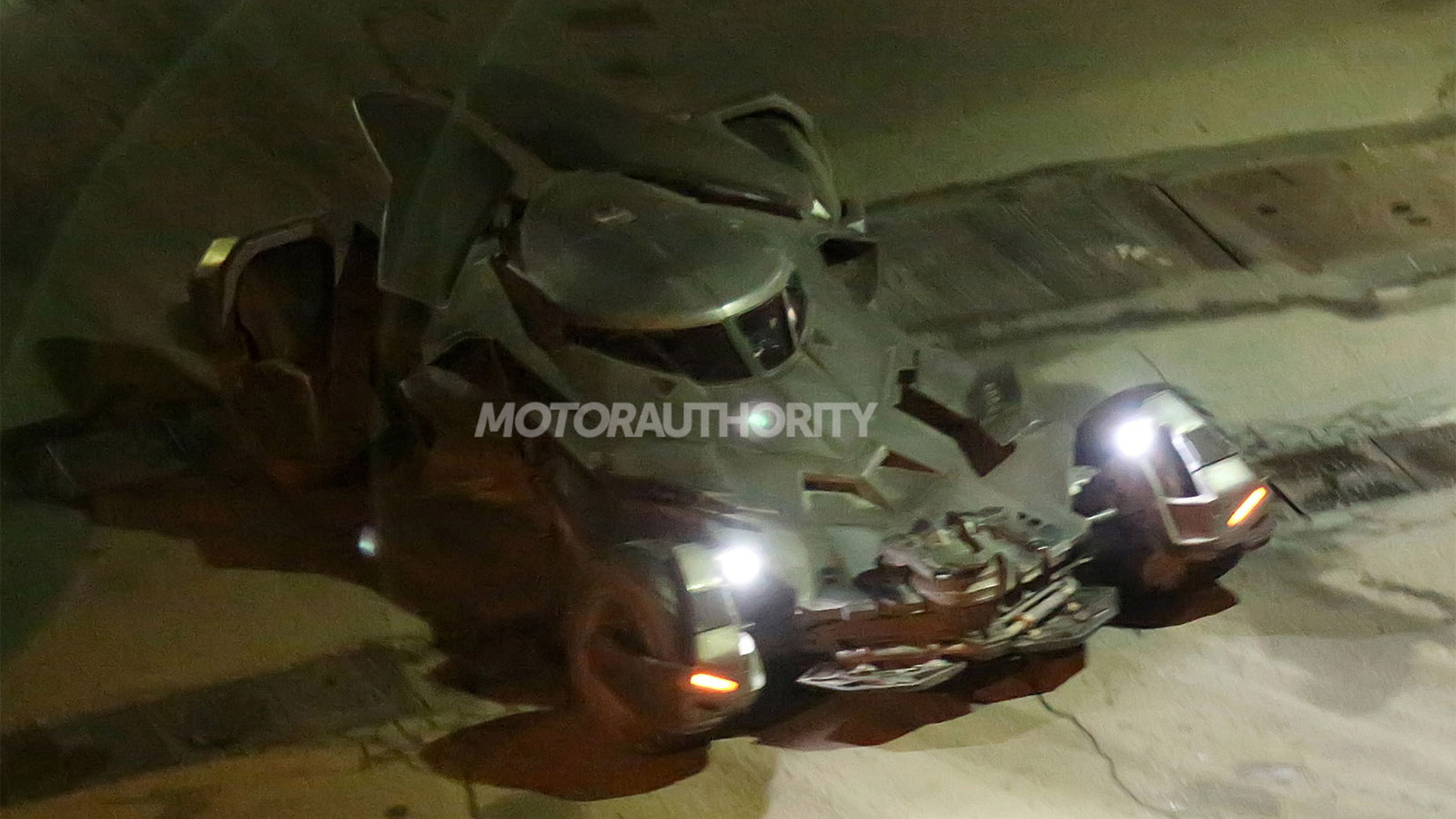 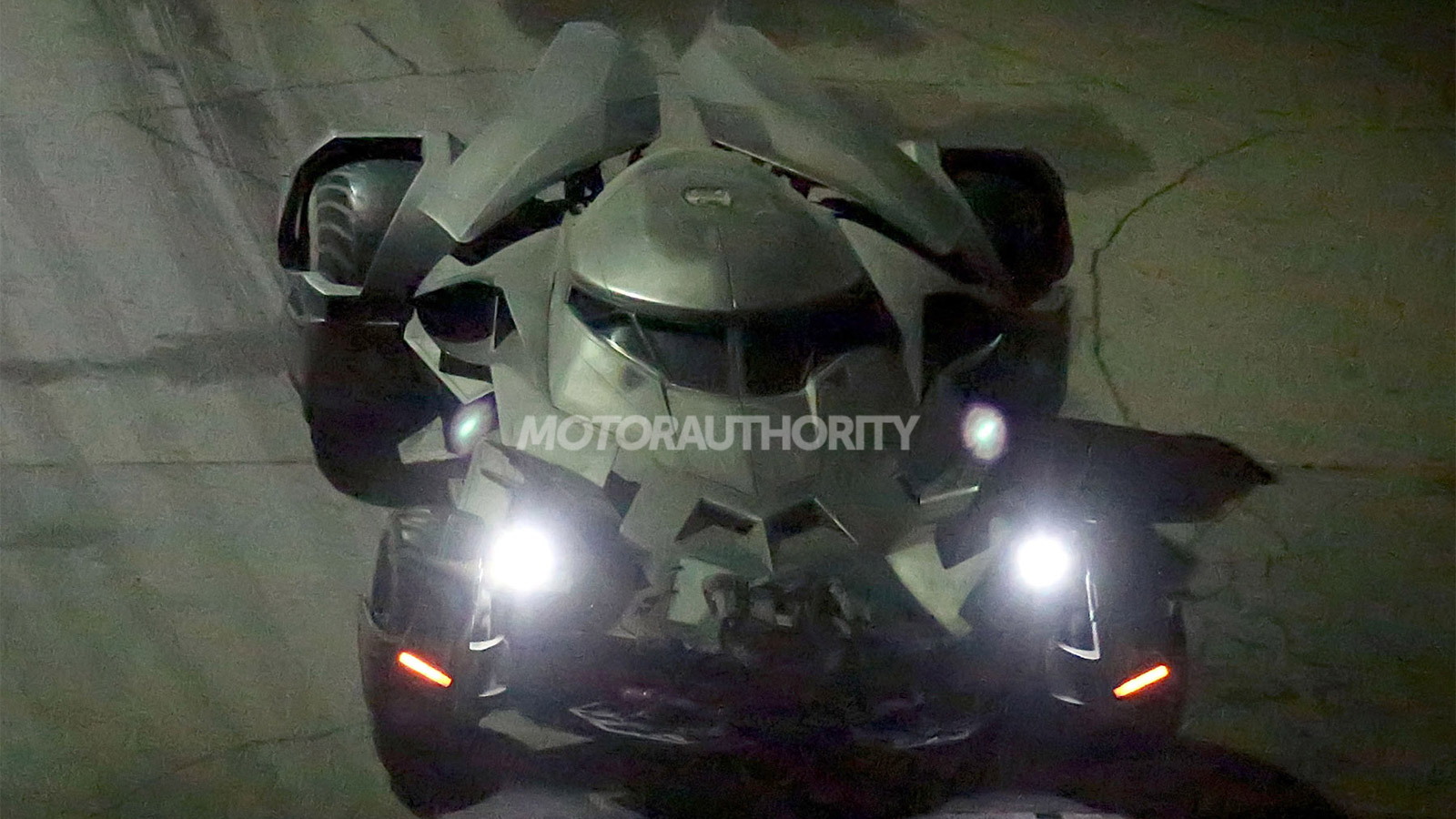 Rumors and pictures of the new Batmobile for the upcoming Batman v Superman: Dawn of Justice movie have been swirling around, and we’ve also caught a few peeks of the car during filming work. The official specs have now been revealed courtesy of the 2015 Licensing Expo happening in Las Vegas.

The full specs show that the latest Batmobile is coming in at a lengthy 20 feet, which puts it just over three feet longer than a Cadillac Escalade. It also weighs a hefty 7,000 pounds, which again puts it over the Escalade which comes in at around 5,500 lbs. Even with all this length and weight it must have some sort of special motor because it’s listed at being able to reach 205 mph.

The interior is said to look like something from a military vehicle with various switches and systems present. The exterior is listed as being fully armored and comes with stealth capabilities. Weapons are listed as a set of .50 caliber retractable machine gun turrets. The whole design of the vehicle is listed as coming from stolen Wayne Industries technologies and being "single-handedly designed and fabricated by the Batman."

Looking at the pictures we see that it sports flip up doors with integrated windshields. Although the vehicle appears to be very usable, visibility may be a bit cut down by the small windshields. Inside, there are bucket seats, a roll cage and labels for “Engine 1” and “Engine 2”—so this may be the first Batmobile to feature a hybrid setup like the Porsche 918 Spyder.

The theatrical release of Batman v Superman: Dawn of Justice is currently scheduled for March 25, 2016.