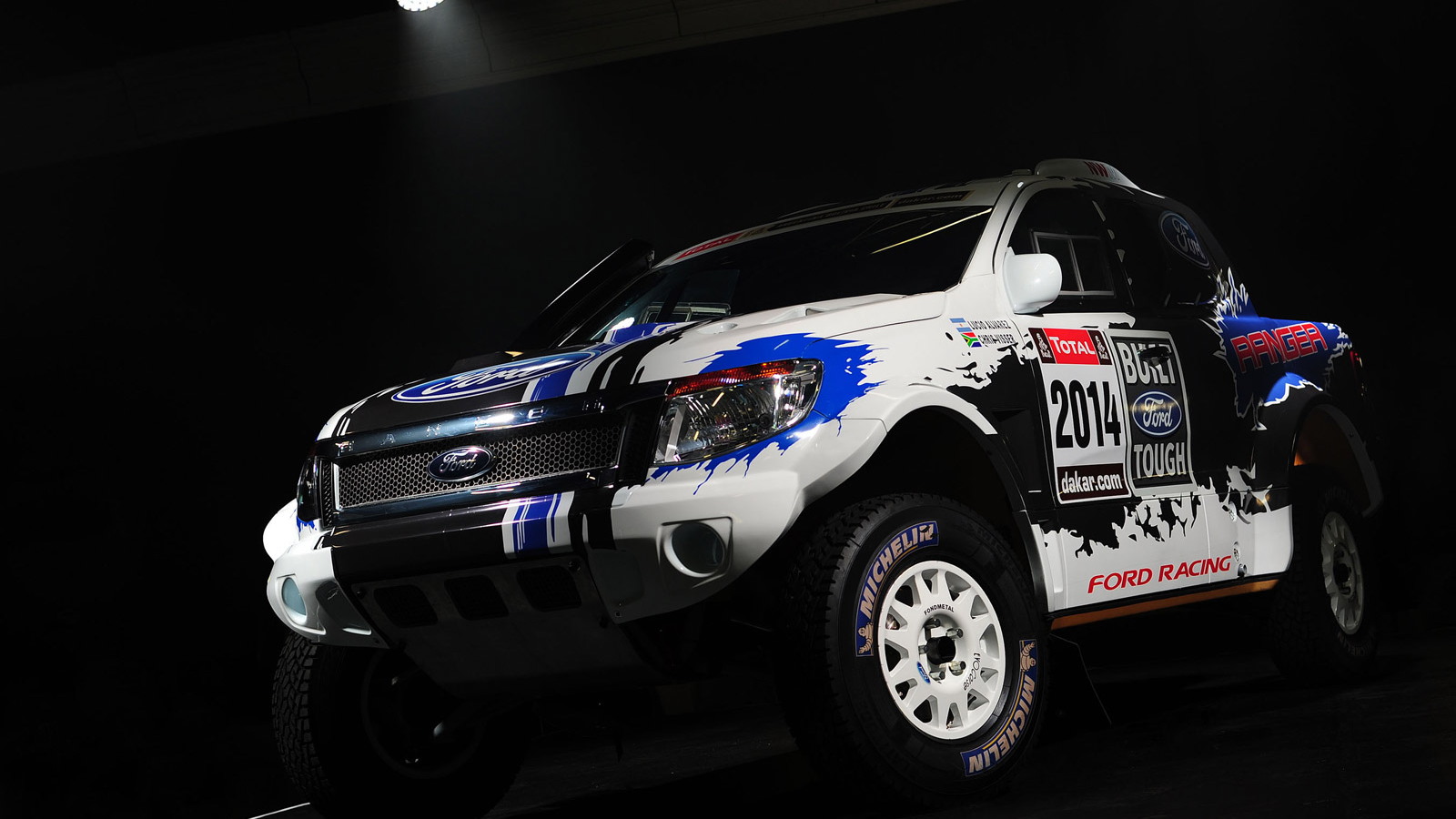 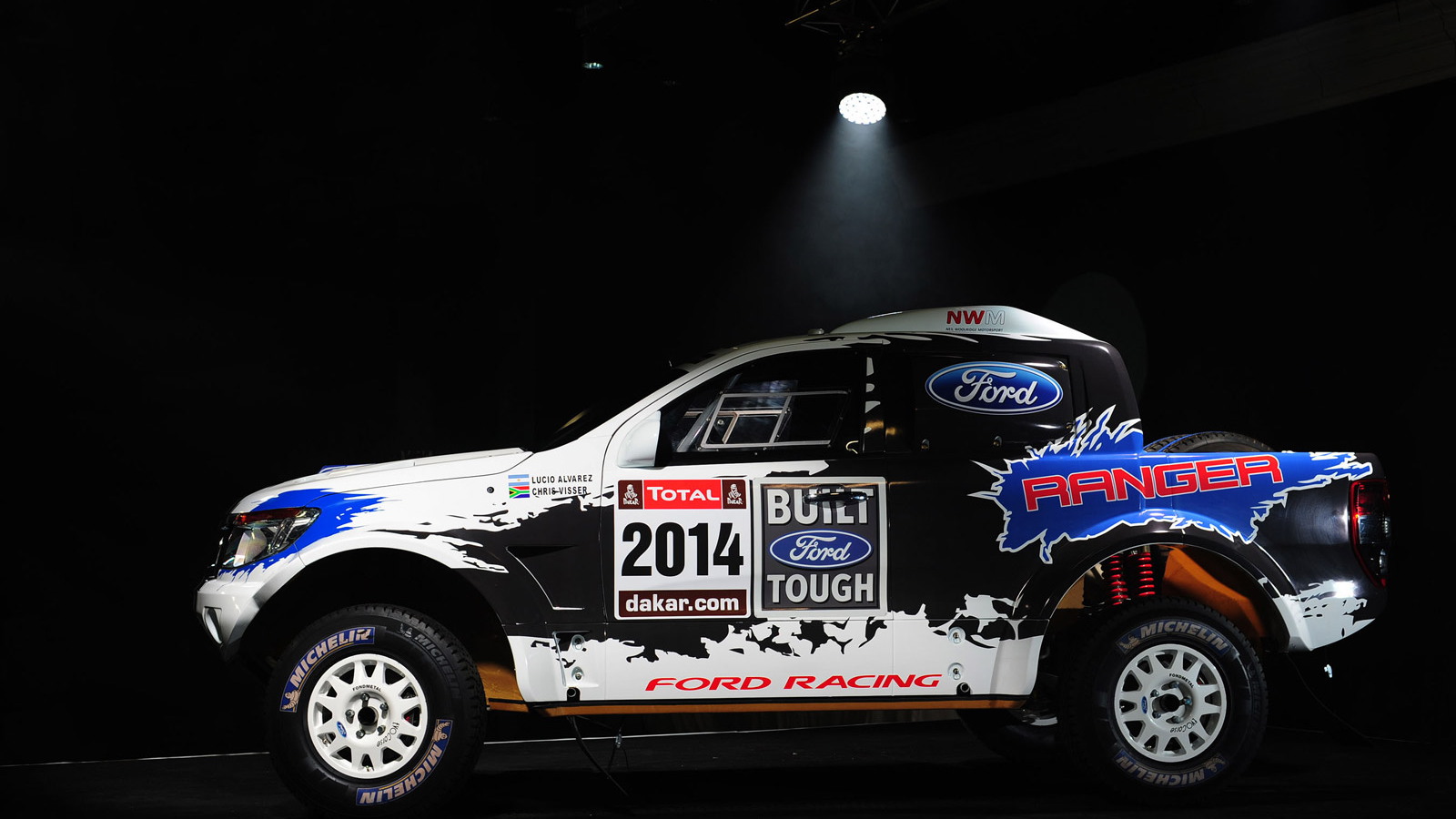 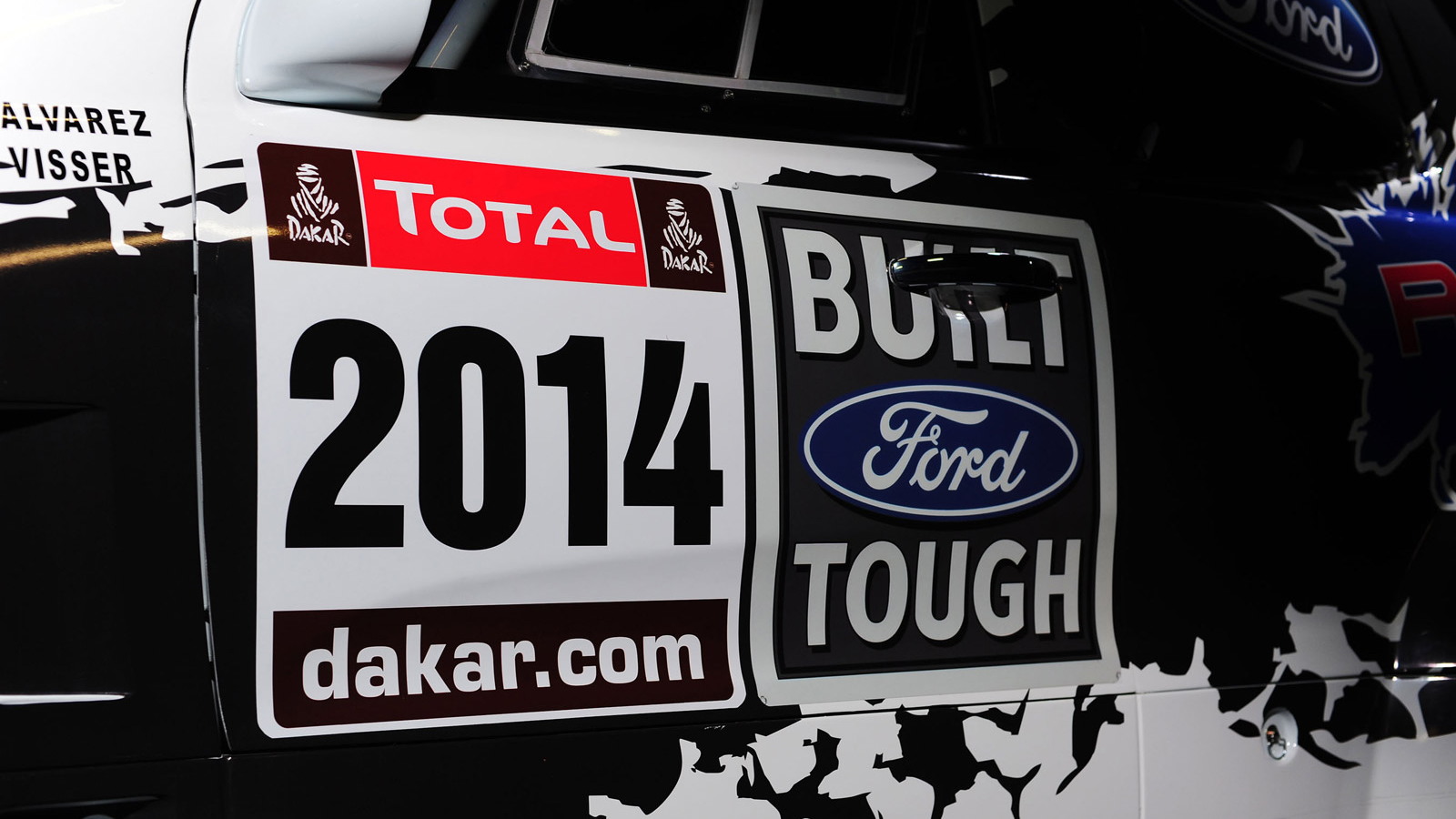 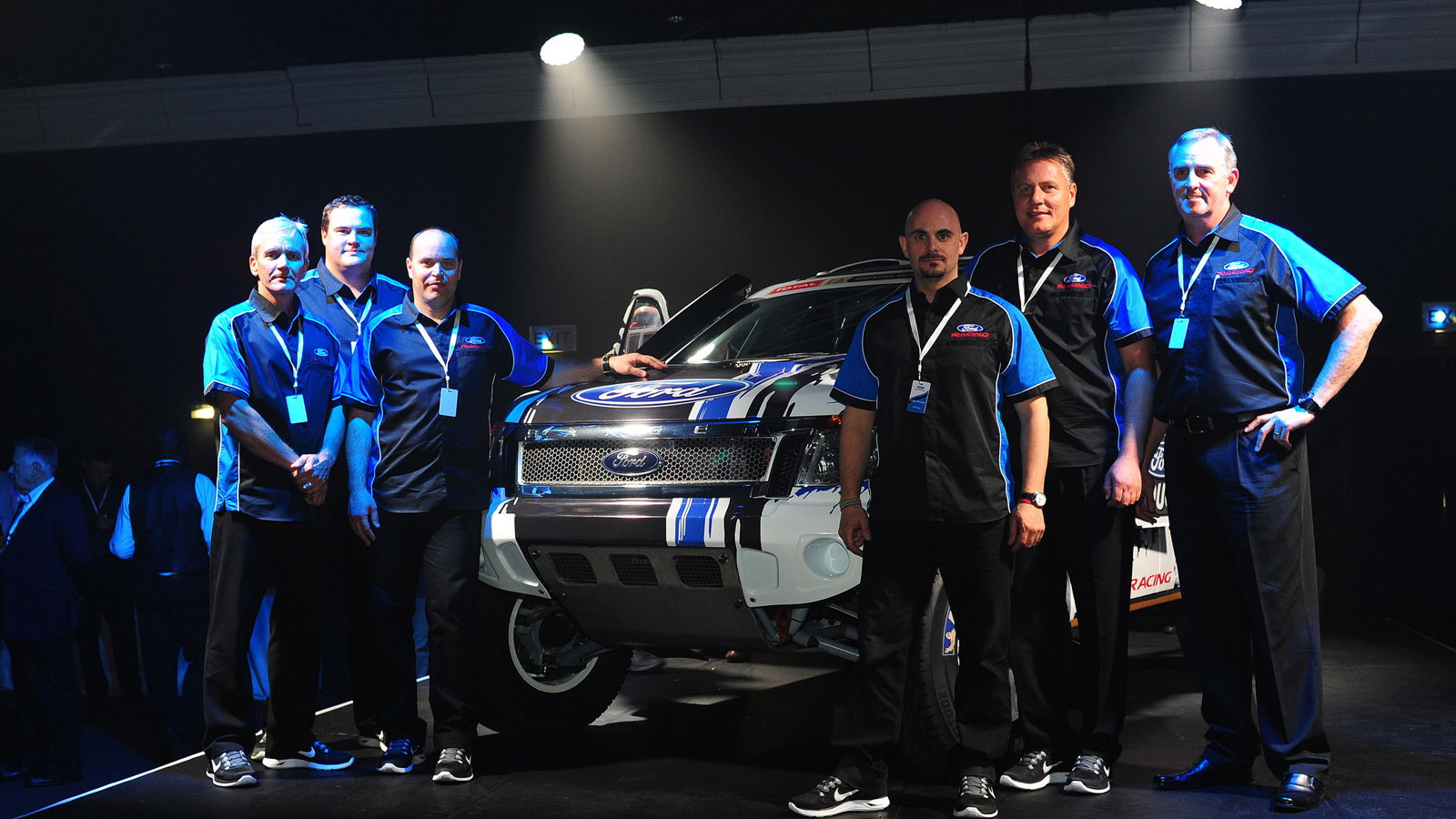 4
photos
Ford confirmed it will enter the 2014 Dakar Rally using its latest Ranger pickup truck currently sold overseas. The rally, which once again will be taking place in South America instead of its traditional home in Africa will run from January 5-18 next year.

The engine has been tuned to deliver more torque at lower revs and offer improved economy, but this has come at the cost of horsepower. Peak output for the engine in the Dakar-contesting Rangers stands at 348 horsepower and 412 pound-feet of torque.

The engine is matched to a Sadev six-speed sequential gearbox and drives all four wheels via a limited-slip differential on both axles. Independent suspension is used at both ends and 16-inch Evocorse wheels shod with 245/85 Michelin feature at each corner.

Despite a body composed of composite materials, the mass of the vehicle is still a hefty 4,300 pounds. Ford claims a top speed of 105 mph.

The purpose-built Rangers are being prepared by South African firm Neil Woolridge Motorsport while logistics will be handled by Germany’s South Racing. Similarly, the driver lineup is made up of international contenders. Among the driver lineup will be Lucio Alvarez and Ronnie Graue in the first Ranger and Chris Visser and Japie Badenhorst in the second vehicle.

The 2014 Dakar Rally is sure to be as trying as ever. The event will start in Rosario, Argentina on January 5 and finish in Valparaiso, Chile on January 18 after thirteen stages of competition, which will comprise a total distance of over 5,200 miles. New to the rally will be a visit to Bolivia.