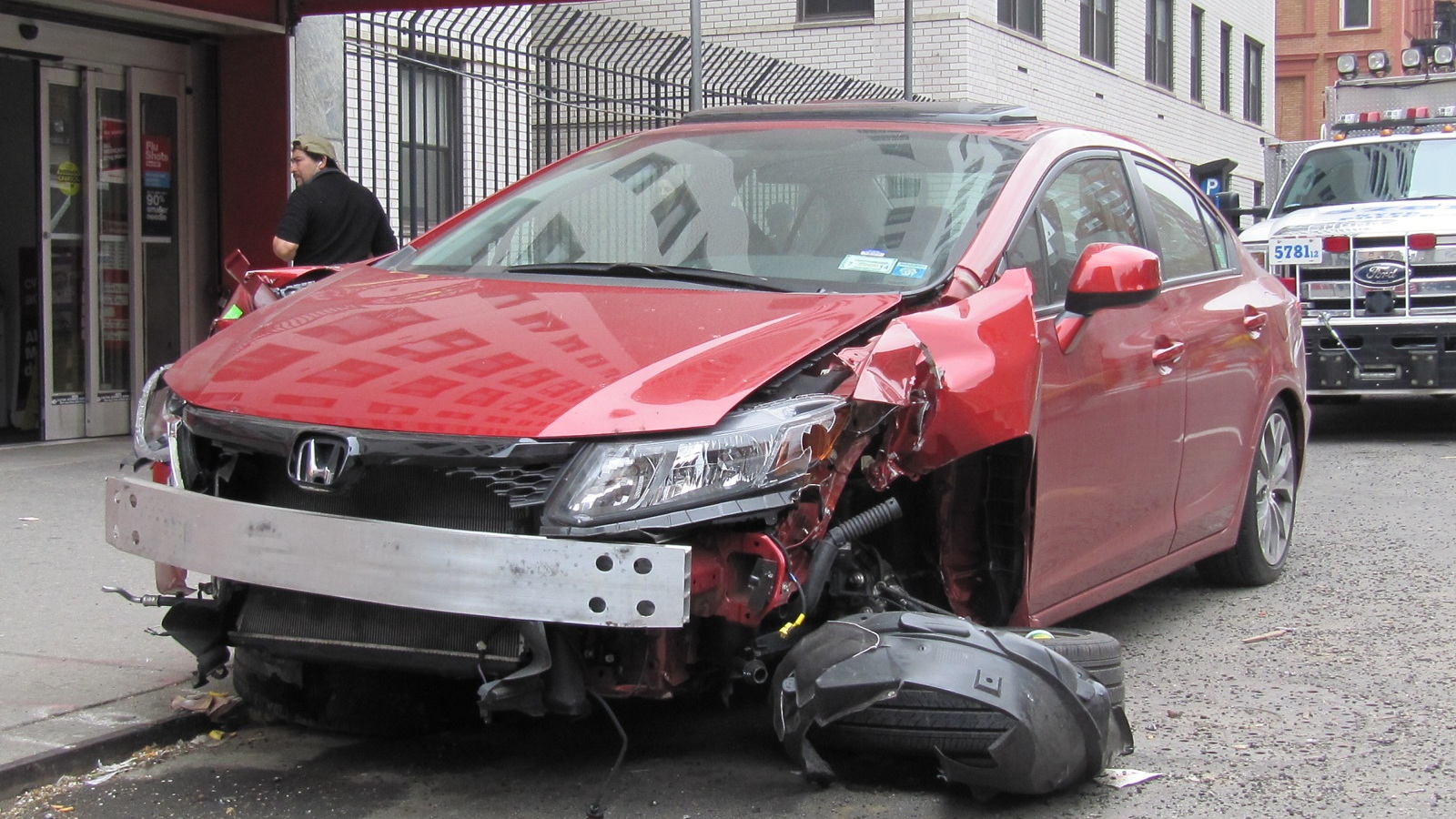 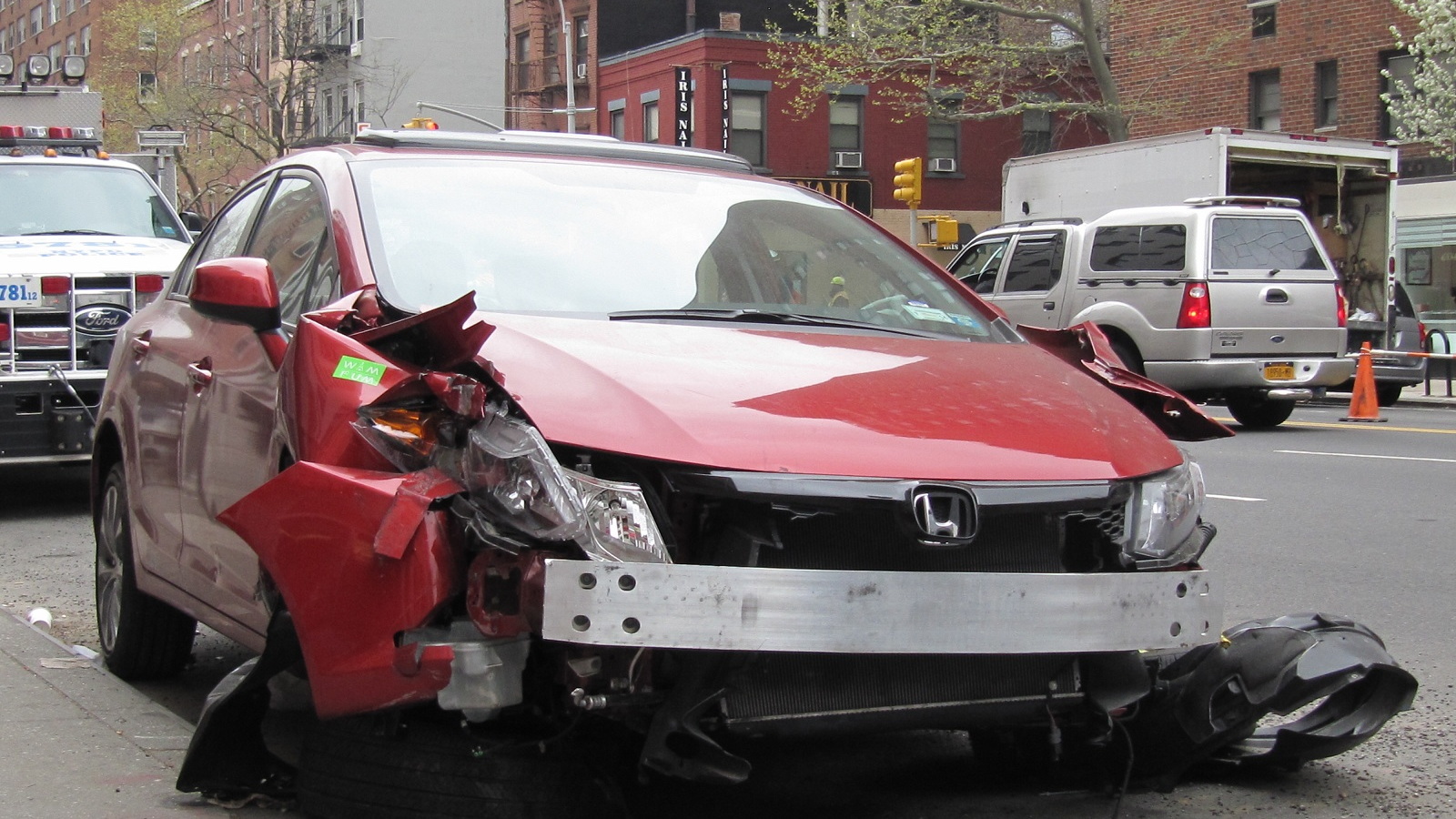 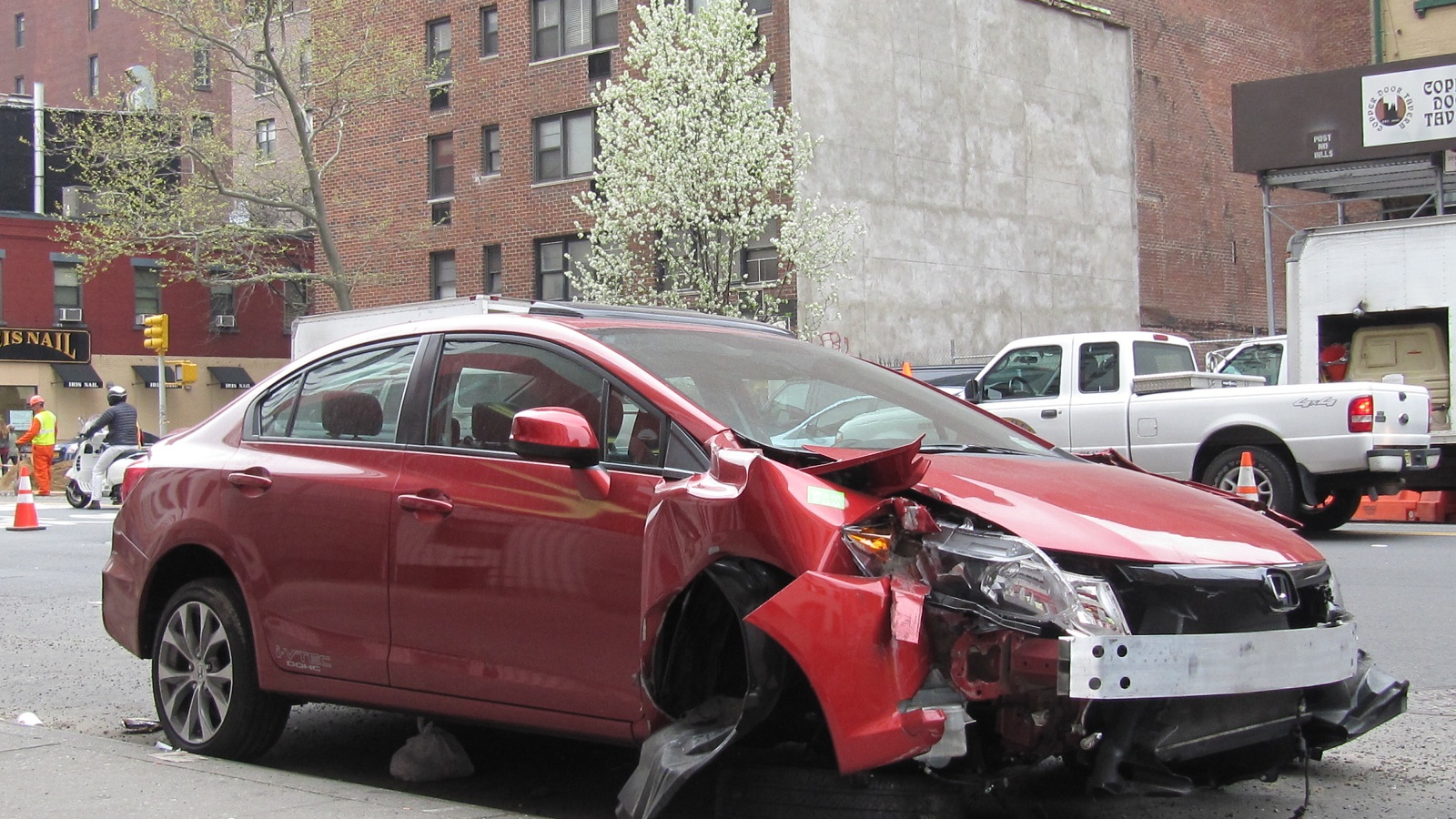 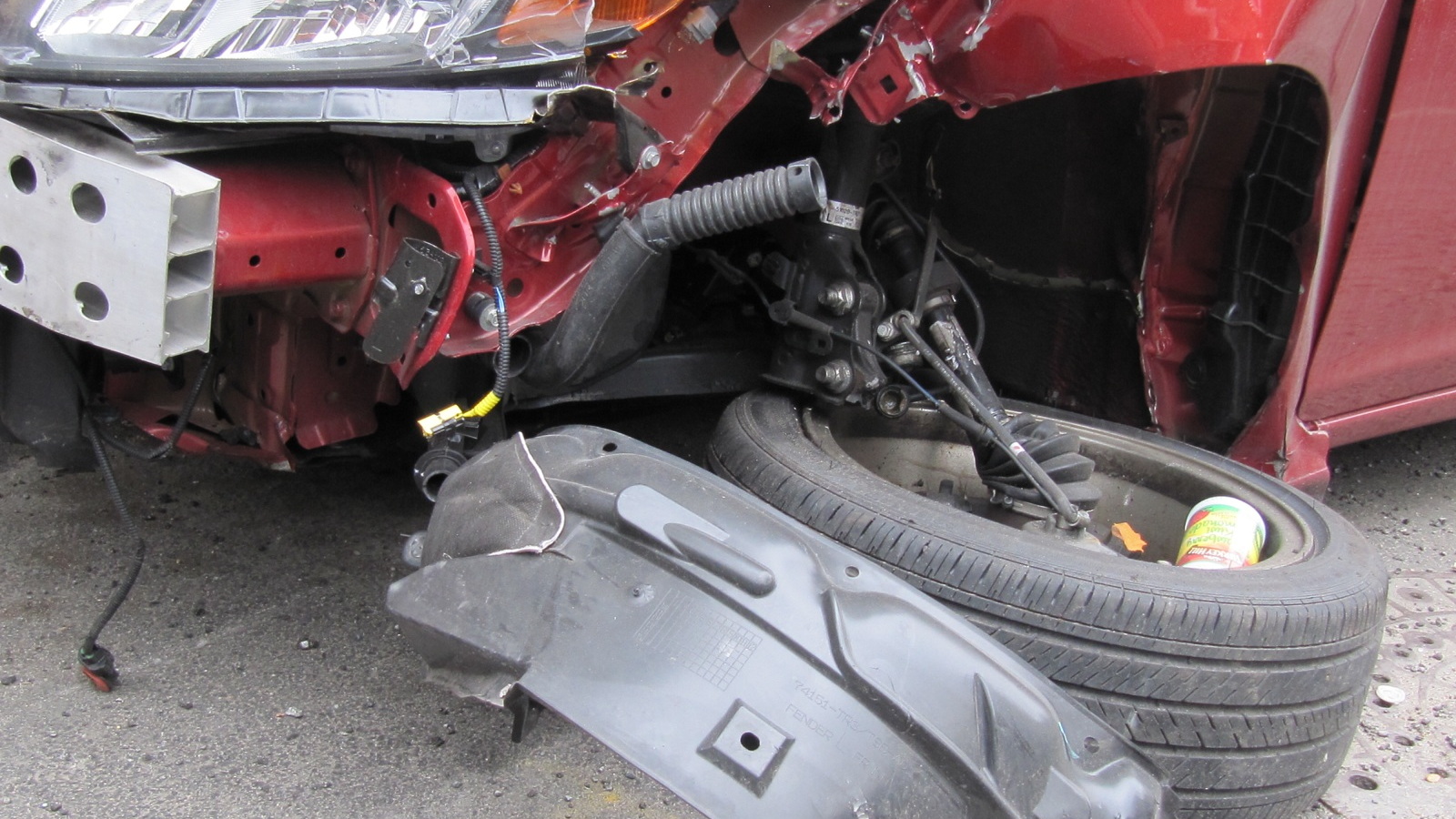 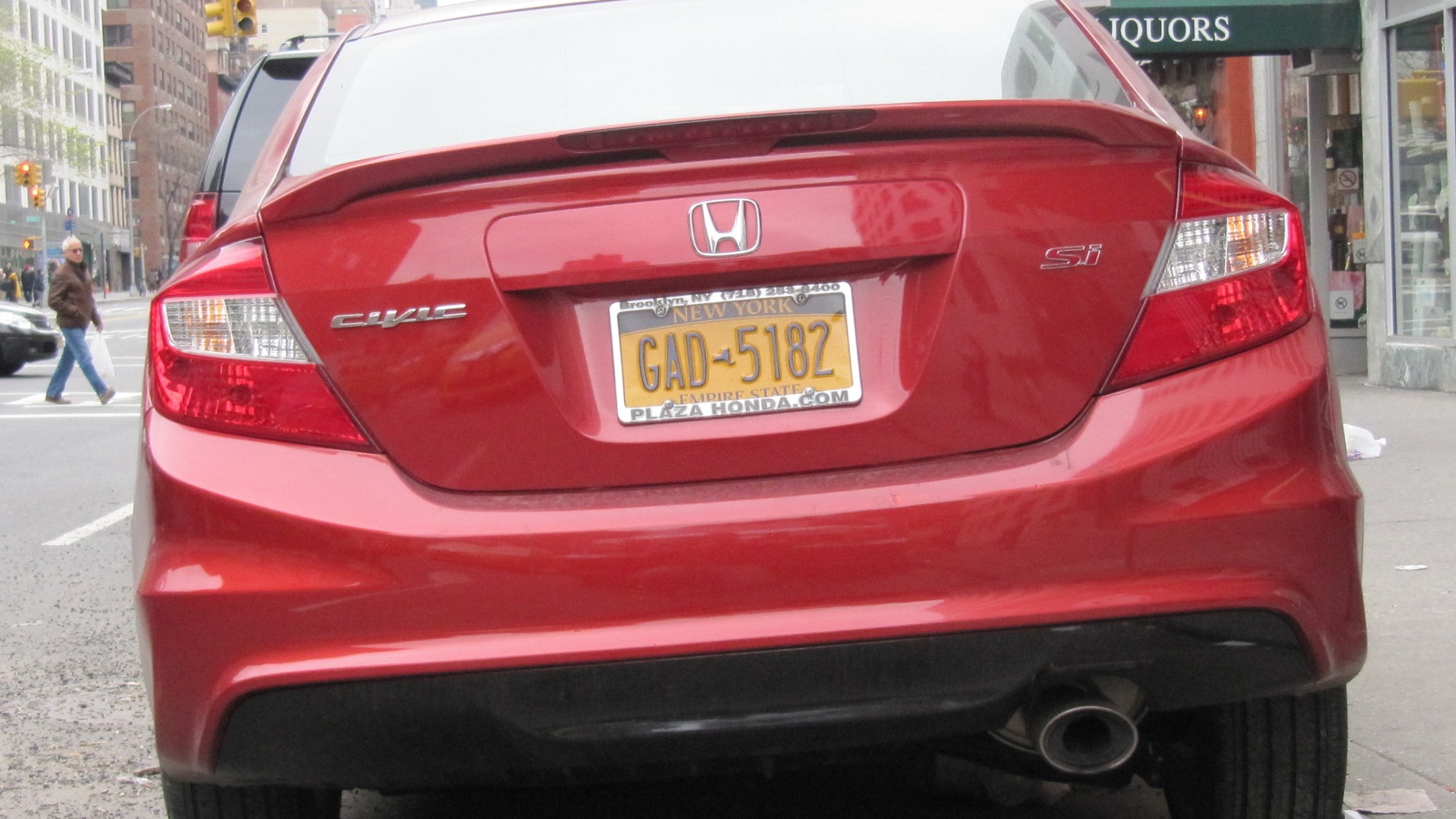 We see a lot of wrecked cars in our part of New York City, but this one is a real head-scratcher.

It's a near-new 2012 Honda Civic Si four-door sedan that was damaged badly enough that both front wheel carriers have snapped.

That means that during the process of towing it to the curb, both front wheels actually folded underneath the car--not something you see every day.

But this one wasn't a simple frontal crash.

Sure, the front bumper fascia is gone--but notice that the hood is all but undamaged. (There's just a very small wrinkle on its right-hand edge.)

The grille's still pretty much intact as well.

So what do you think happened to this hot-rod Civic sedan?

We believe we have at least one idea about how the Civic ended up this way, but we're curious to hear your accident reconstruction.

Leave us your thoughts in the Comments below.

This is just of the damaged cars we've shot parked on our New York City street--including not one, but two different wrecked Bentley Continentals.

We fear there will be more.

Remember: New York City is a dangerous place to drive.

And never, ever speed--the city-wide speed limit is 30 mph.

Oh, and get off your damn cellphone too.