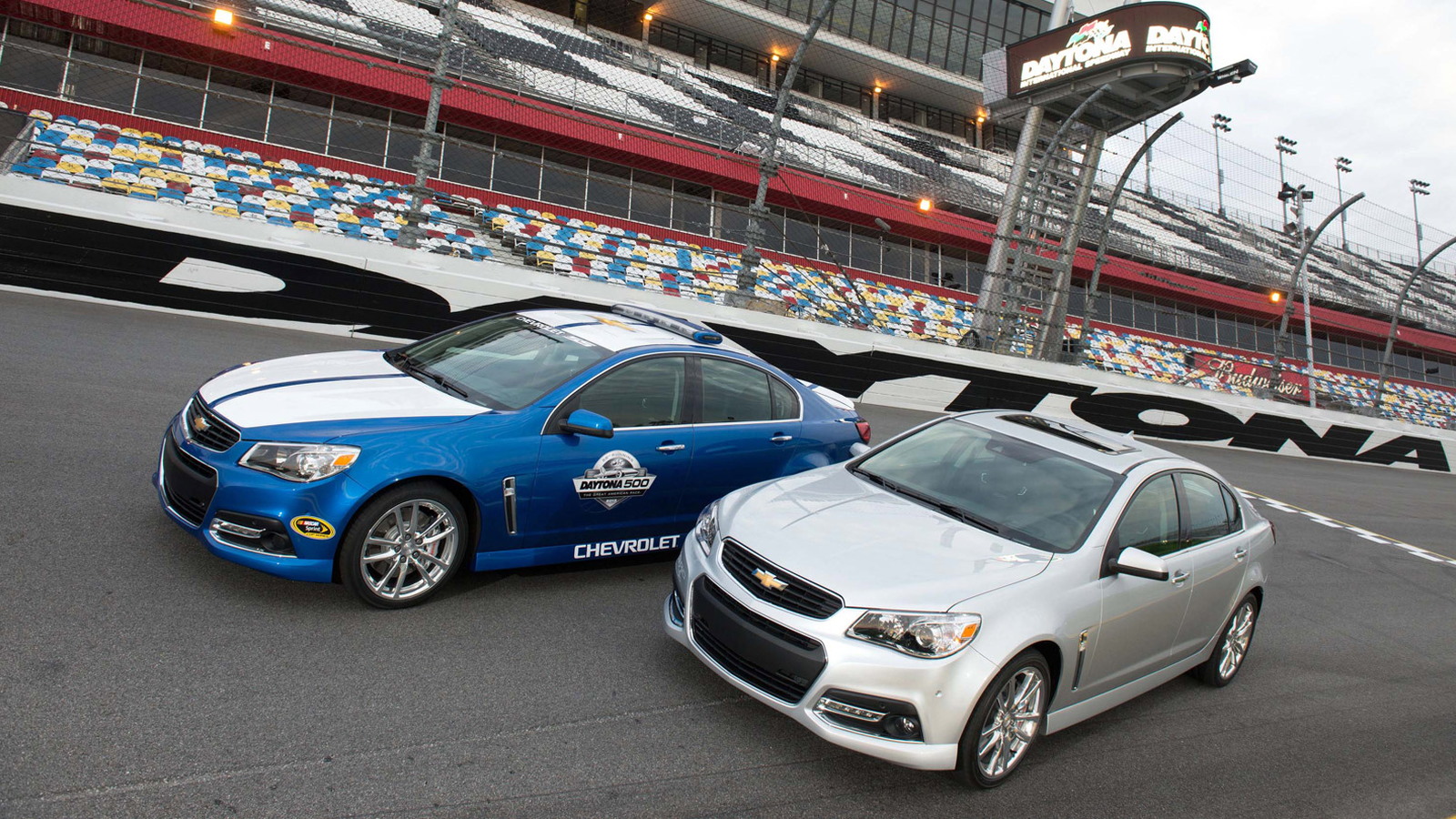 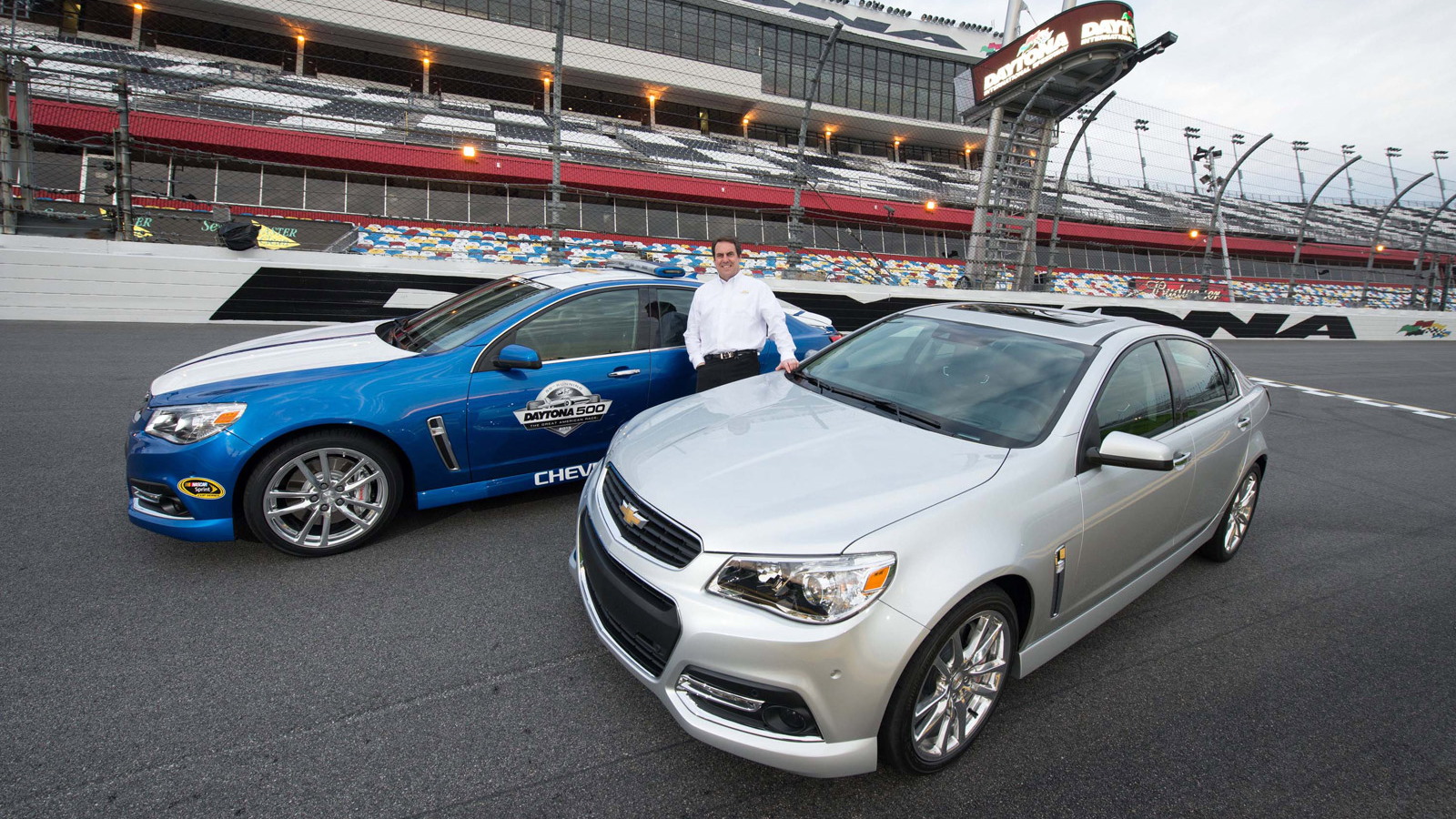 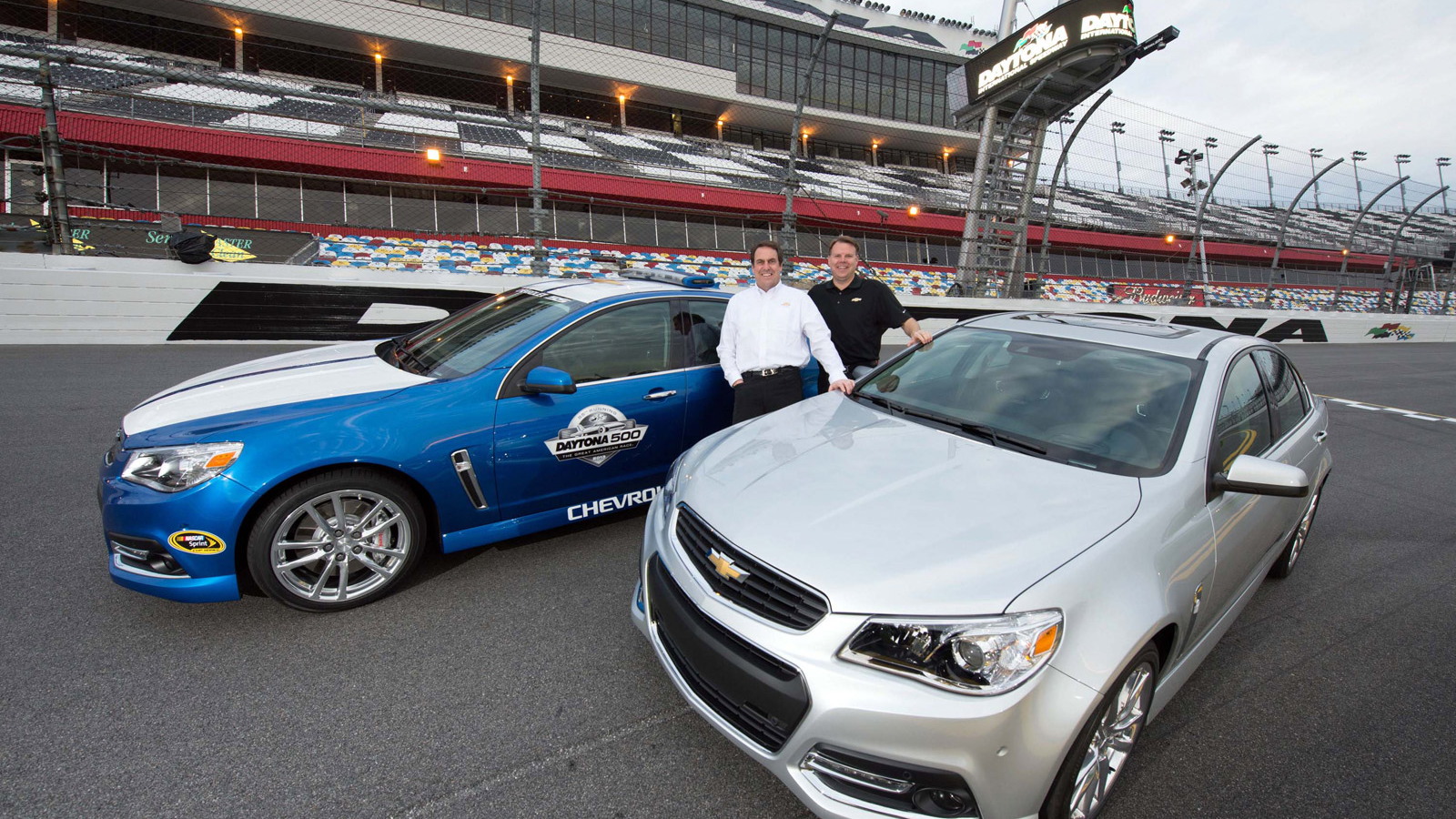 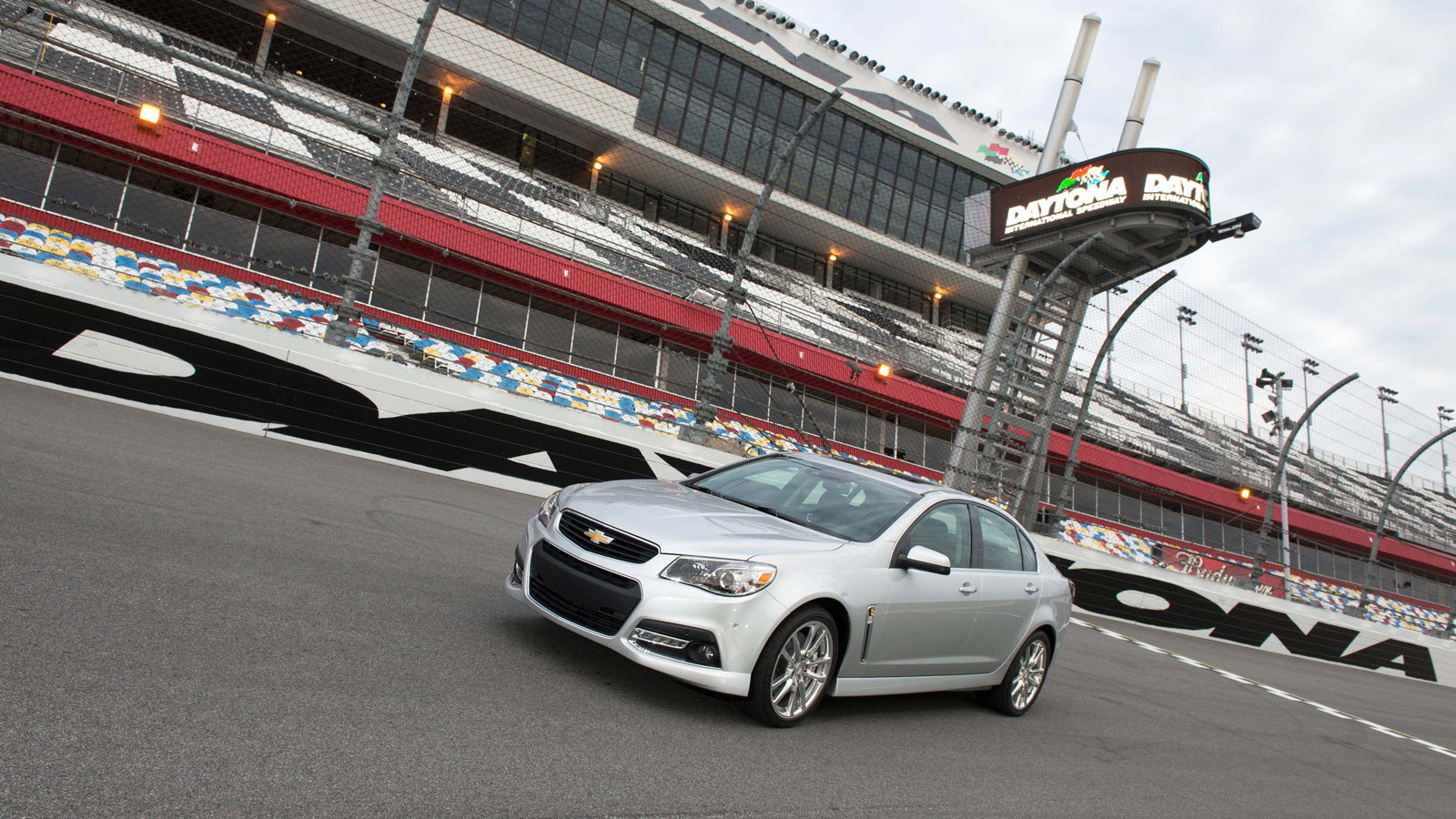 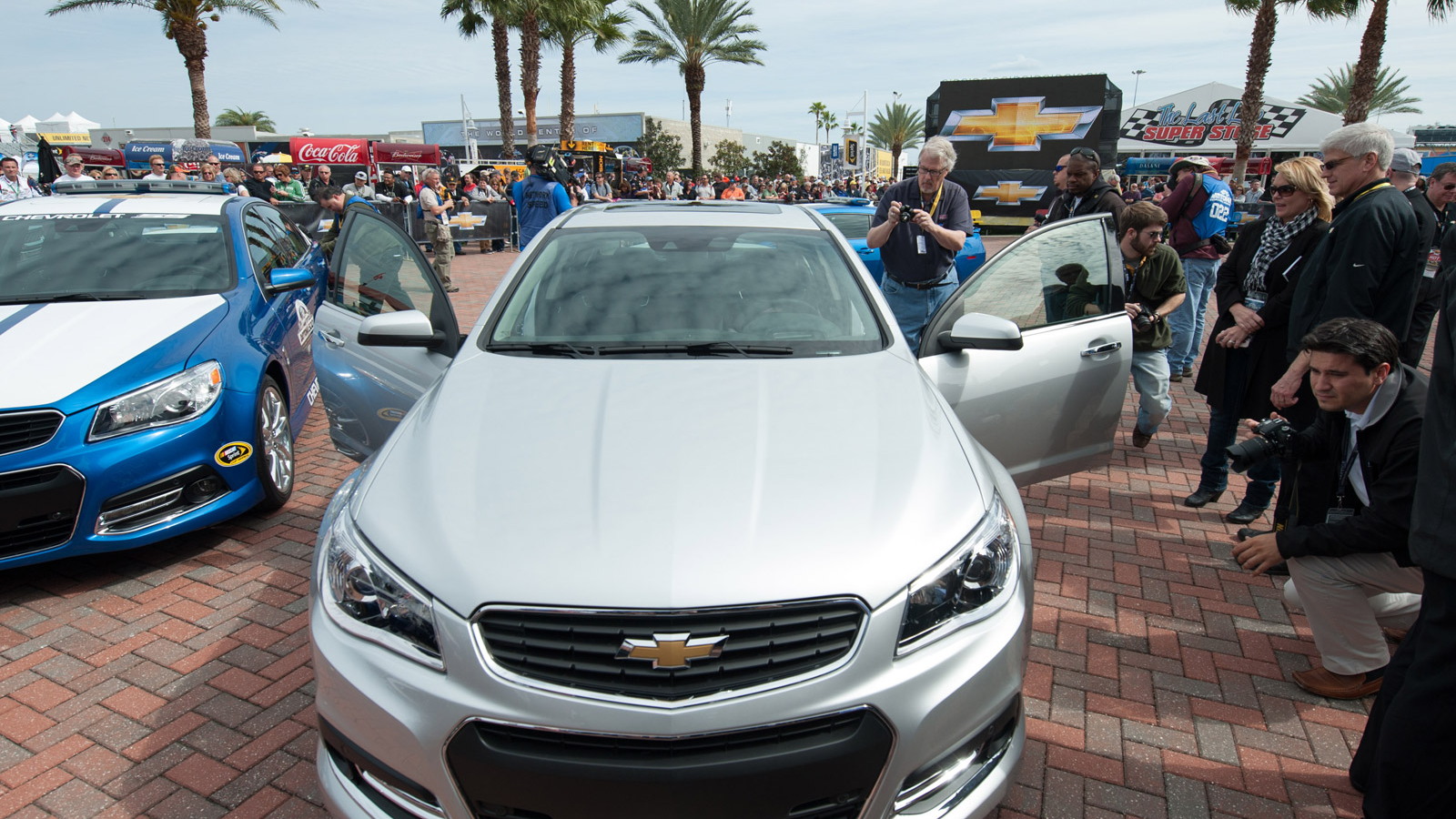 14
photos
Chevrolet’s new flagship sports sedan, the 2014 SS, finally made its debut this weekend at the Daytona International Speedway in Daytona Beach, Florida.

The debut coincided with the competition debut of the car’s motorsport cousin, the Chevy SS NASCAR race car, in the NASCAR season-opening Sprint Unlimited exhibition race on Saturday night--an event it won thanks to the talents of Kevin Harvick and his number #29 Chevy SS racer fielded by Richard Childress Racing.

And, with the production SS featuring a V-8 driving the rear wheels, just like the race car, the old saying “win on Sunday, sell on Monday” suddenly springs to mind.

Yes, the new 2014 Chevy SS, which goes on sale in the fourth quarter of the year, will come powered by a LS3 6.2-liter V-8 engine rated at an estimated 415 horsepower and 415 pound-feet of torque.

Those figures are slightly down on the 426 horsepower and 420 pound-feet of torque found in the Camaro SS, a car that shares its engine and platform with the SS, though they’re still enough to rocket the big sedan from 0-60 in 5.0 seconds or less.

The interior is also an impressive piece of kit, with leather trim, suede and carbon fiber-like surfaces, a grippy, flat-bottomed steering wheel, plus loads of technological goodies including a MyLink infotainment system and multiple safety systems. The car also features an automatic parking function, where the driver need only control the brakes, and the throttle in some situations.

In case you’re thinking the SS looks a little familiar, you'd be correct as the car is based on the new VF Holden Commodore that was just unveiled in Australia, which itself is based on the previous VE Commodore sold here as the Pontiac G8.

Pricing and further details for this latest model will be announced closer to the sales launch at the end of the year.

The video above was taken at the car's launch at the Daytona International Speedway and includes appearances by General Motors’ North American chief, Mark Reuss, as well as NASCAR president Mike Helton and Hendrick Motorsports driver Jeff Gordon.