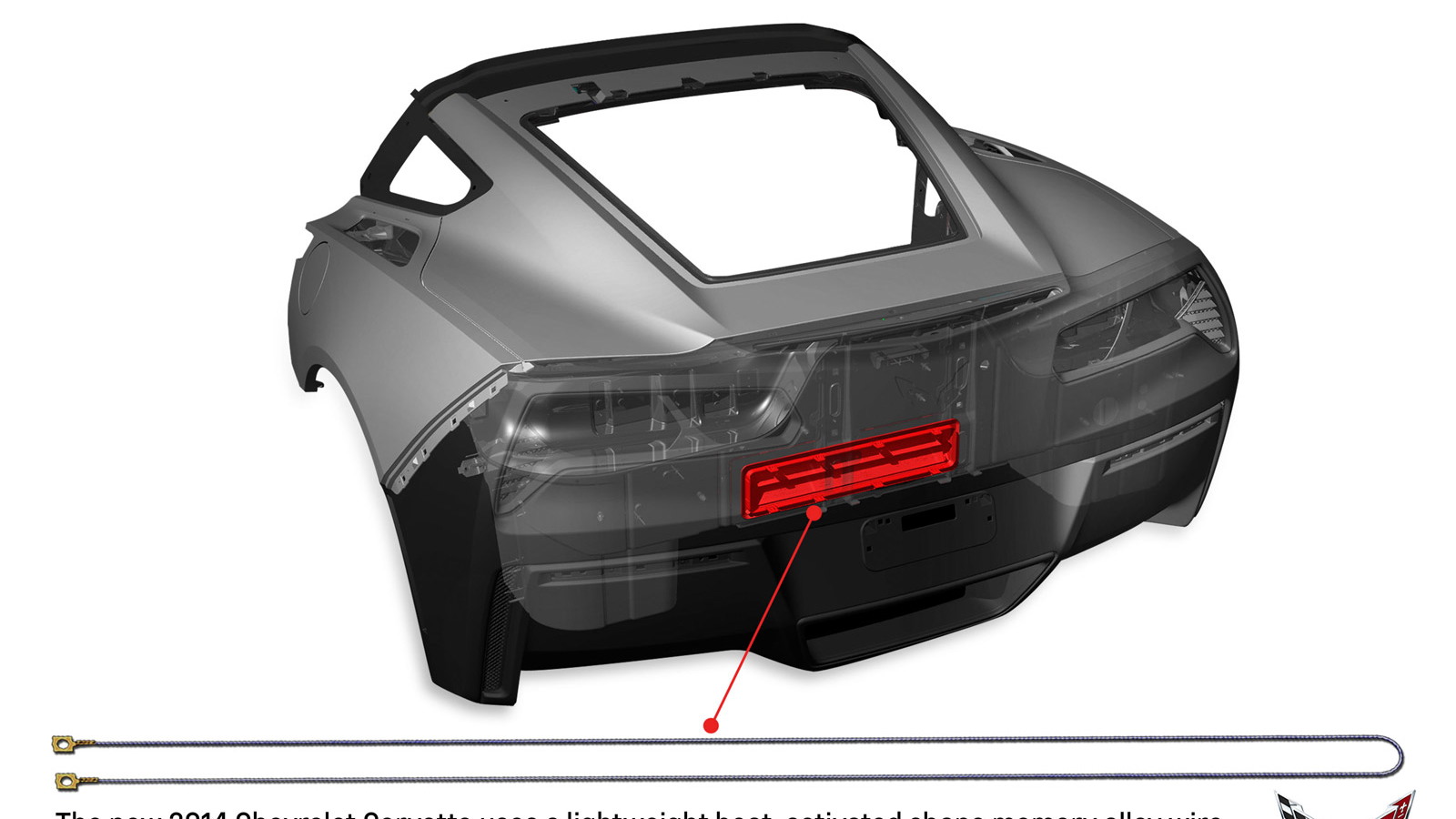 12
photos
The latest 2014 Chevrolet Corvette Stingray is one the most anticipated sports cars of the year, but it’s not purely because of the car’s striking looks, supercar-like performance and much improved interior.

No, it’s because the latest Corvette, a C7 to all the fans, is also one of the most advanced cars entering production this year.

In addition to its aluminum structure, carbon fiber panels, fuel-efficient V-8 engine and digital gauge cluster, the 2014 Corvette is also set to debut a new ‘smart material’ in its construction.

Developed by General Motors Company [NYSE:GM], the smart material is essentially a lightweight alloy wire that can change its shape, strength and stiffness when activated by heat, stress, a magnetic field or electrical voltage.

The material is typically made from a mix of copper, aluminum and nickel, or just nickel and titanium, and it can remember its original shape and return to it after being changed by some means.

In the new Corvette, a smart material wire opens the hatch vent whenever the deck lid is opened, using heat from an electrical current. When activated, the wire contracts and moves a lever arm to open the vent, allowing the trunk lid to close.

Once the trunk lid is closed, the electrical current switches off, allowing the wire to cool and return to its normal shape, which closes the vent to maintain cabin temperature. This allows the trunk lid to close more easily than on the previous models, where trapped air could make the lid difficult to close.

Without the smart material, GM engineers would have had to rely on a heavier motorized actuator. They claim the smart material solution helped saved 1.1 pounds from the 2014 Corvette’s curb weight, which is just one of the many weight saving measures that have helped make the new car 99 pounds lighter than the one it replaces.

The smart materials are also said to be cheaper than a comparable motorized actuator setup, though there's been no mention of reliability of the system.

Going into the future, the new smart materials could lead to significantly more weight savings, as around 200 motorized movable parts on a typical vehicle could eventually be replaced by the lightweight stuff.

For our complete coverage on the 2014 Chevrolet Corvette Stingray, click here.