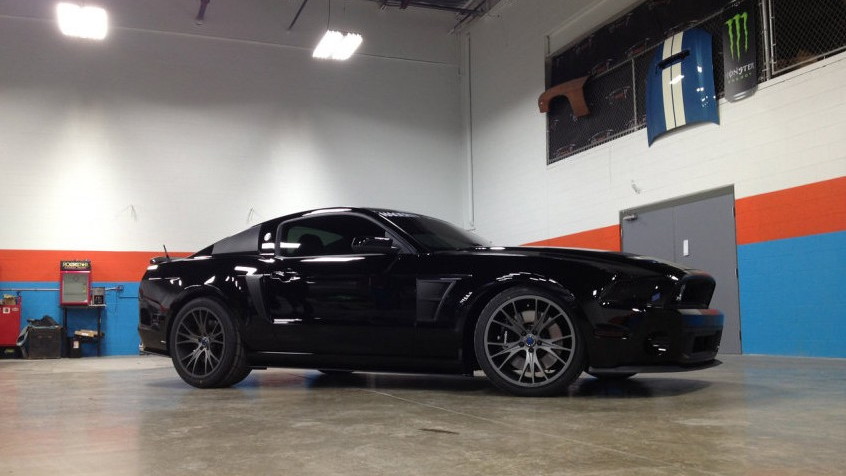 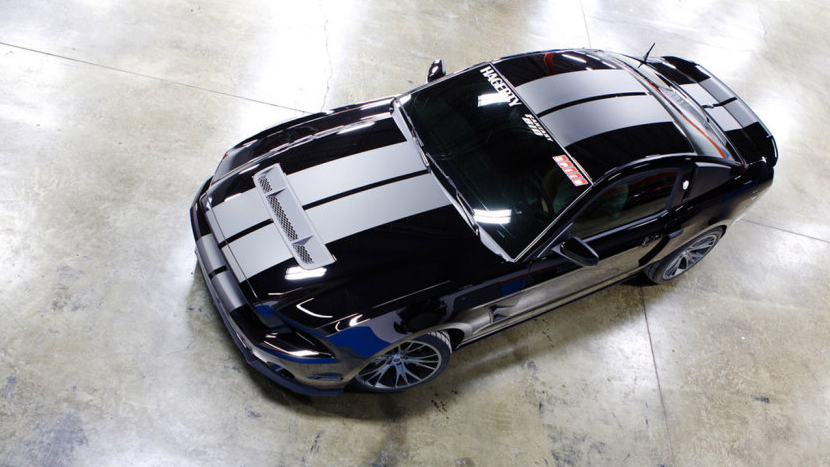 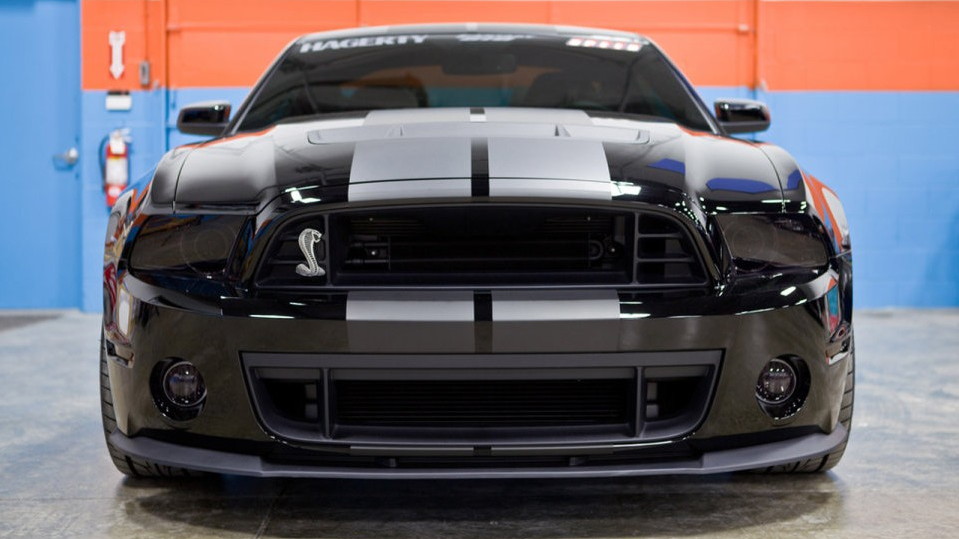 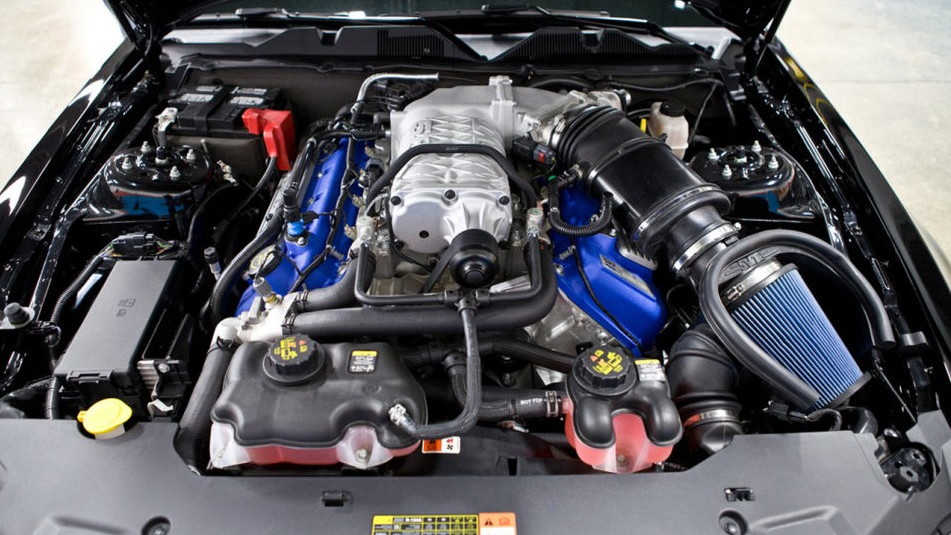 4
photos
In stock form, the 2013 Ford Shelby GT500 Mustang cranks out an impressive 662 horsepower and 631 pound-feet of torque, will reportedly top out at 200 miles per hour and can be purchased by anyone with the $54,995 price of admission.

That makes it a performance bargain by anyone’s standards, but it also glosses over one important fact: for many enthusiasts, $55,000 is more money than they can afford to spend on four-wheeled amusement. Speed feels your pain, as does Ford, so the two companies are teaming up to award on lucky winner a customized 2013 Shelby GT500.

“Murdered out” doesn’t begin to sum up the car’s exterior, which is black on black on black. Gloss black paint is trimmed with flat black stripes, smoked lights, tinted windows and matte black wheels.

Under the hood, the supercharged 5.8-liter V-8 gets mods that include stainless headers, high-flow catalytic converters, a Borla exhaust and an Ice Nine intake. We suspect that there are some ECU tweaks, too, since claimed output is now “over” 800 horsepower.

The best part is that the winner of the car will be chosen at random during Speed’s coverage of the 2013 Barrett-Jackson Scottsdale auction. To enter into the Shelby GT500 drawing, you just need to sign up for Hagerty’s Fantasy Bid contest (which you can do at this website on January 14), then submit a bid when one of the Fantasy Bid cars is shown on Speed.

The winner will be chosen at random from all of the Fantasy Bids received. If you know a thing or two about collector car values, the Hagerty Fantasy Bid game can also net you prizes like a 60-inch Samsung LED TV, a Microsoft Surface tablet and a Sony PlayStation 3.

It doesn’t cost anything to enter, so why not throw your hat in the ring?