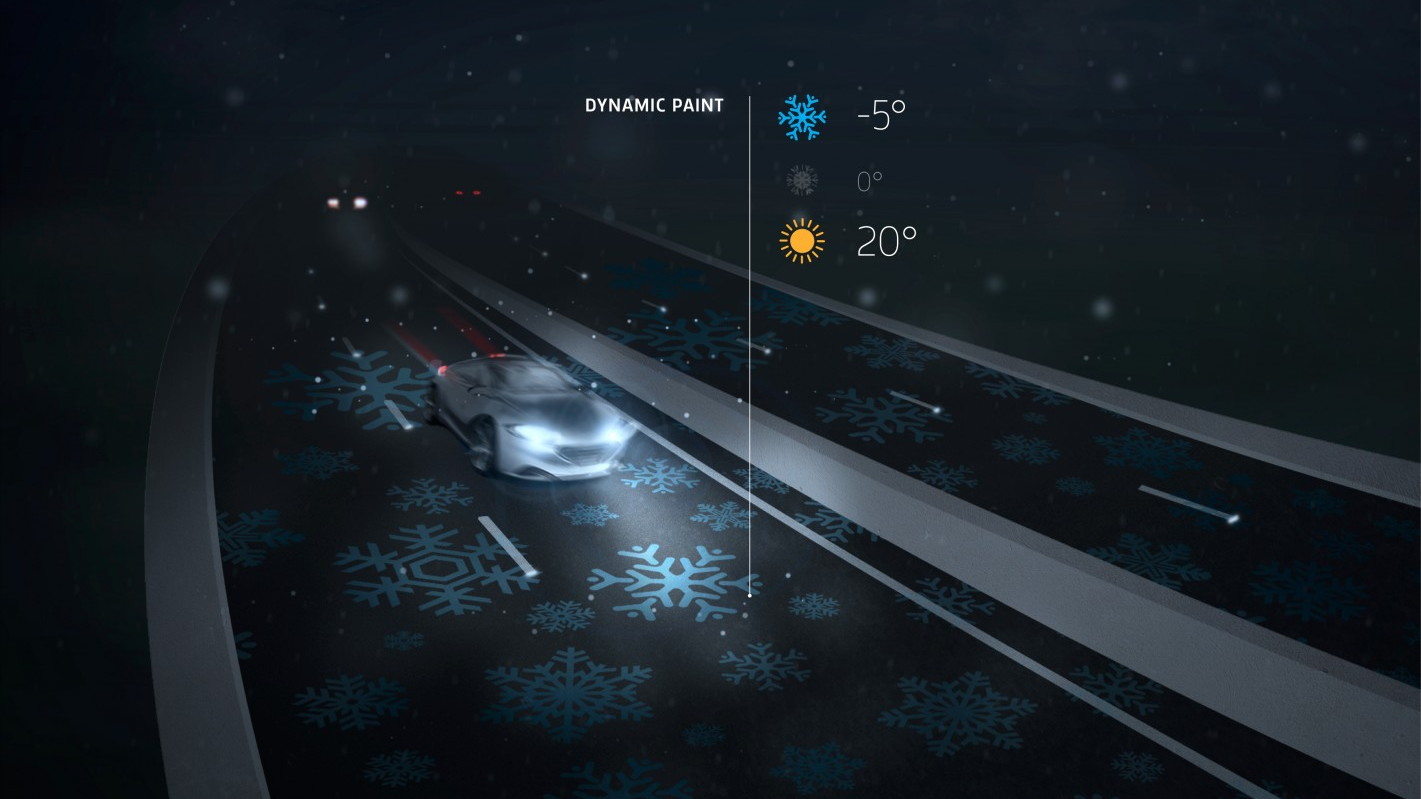 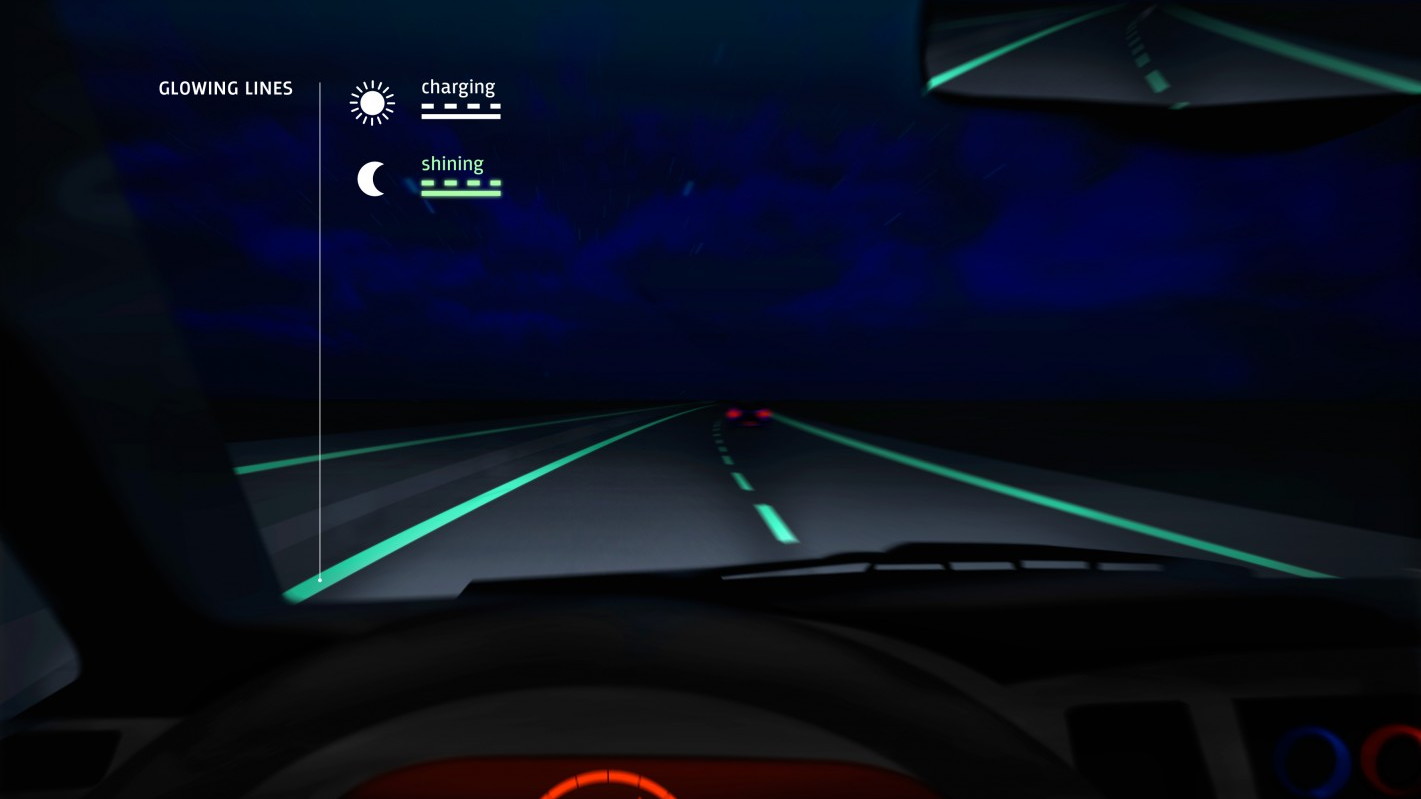 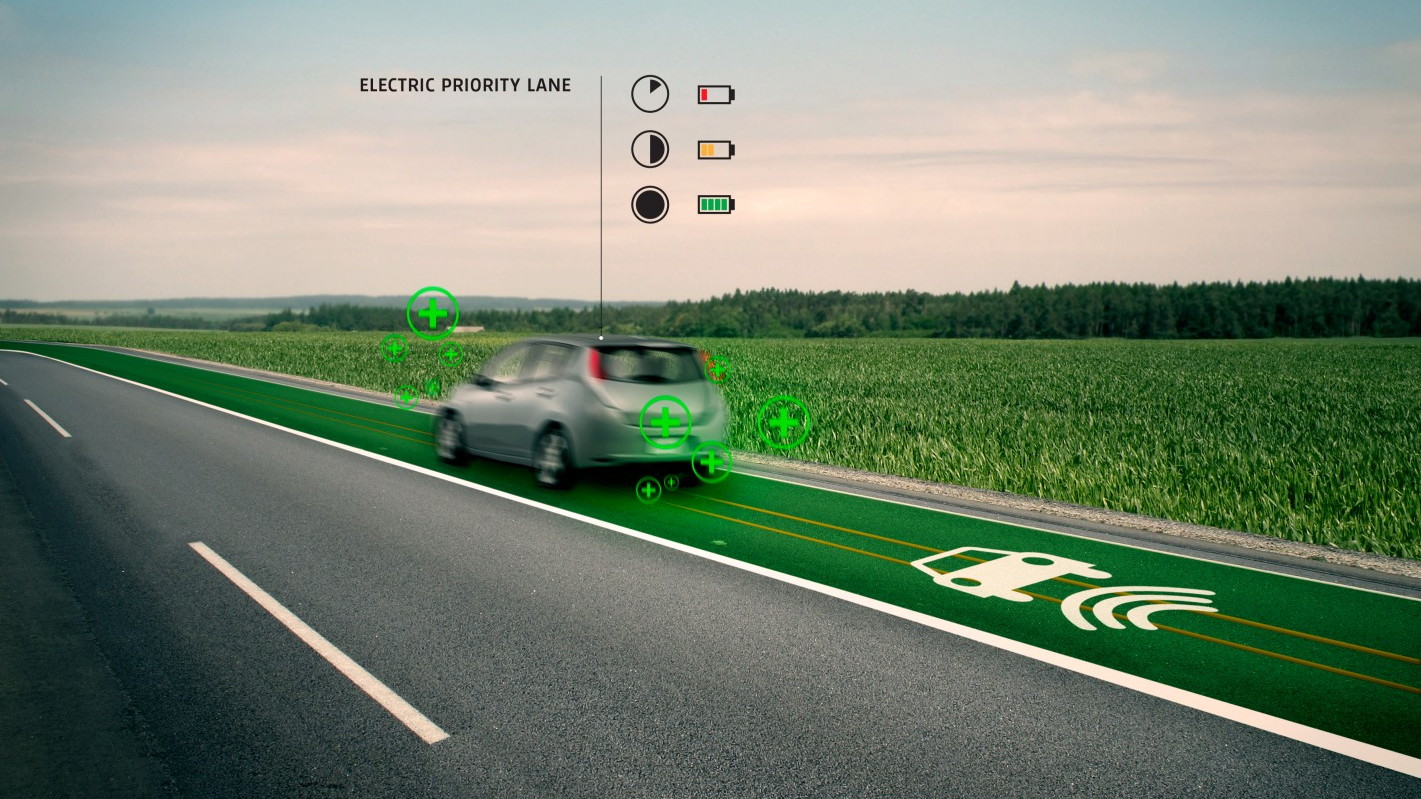 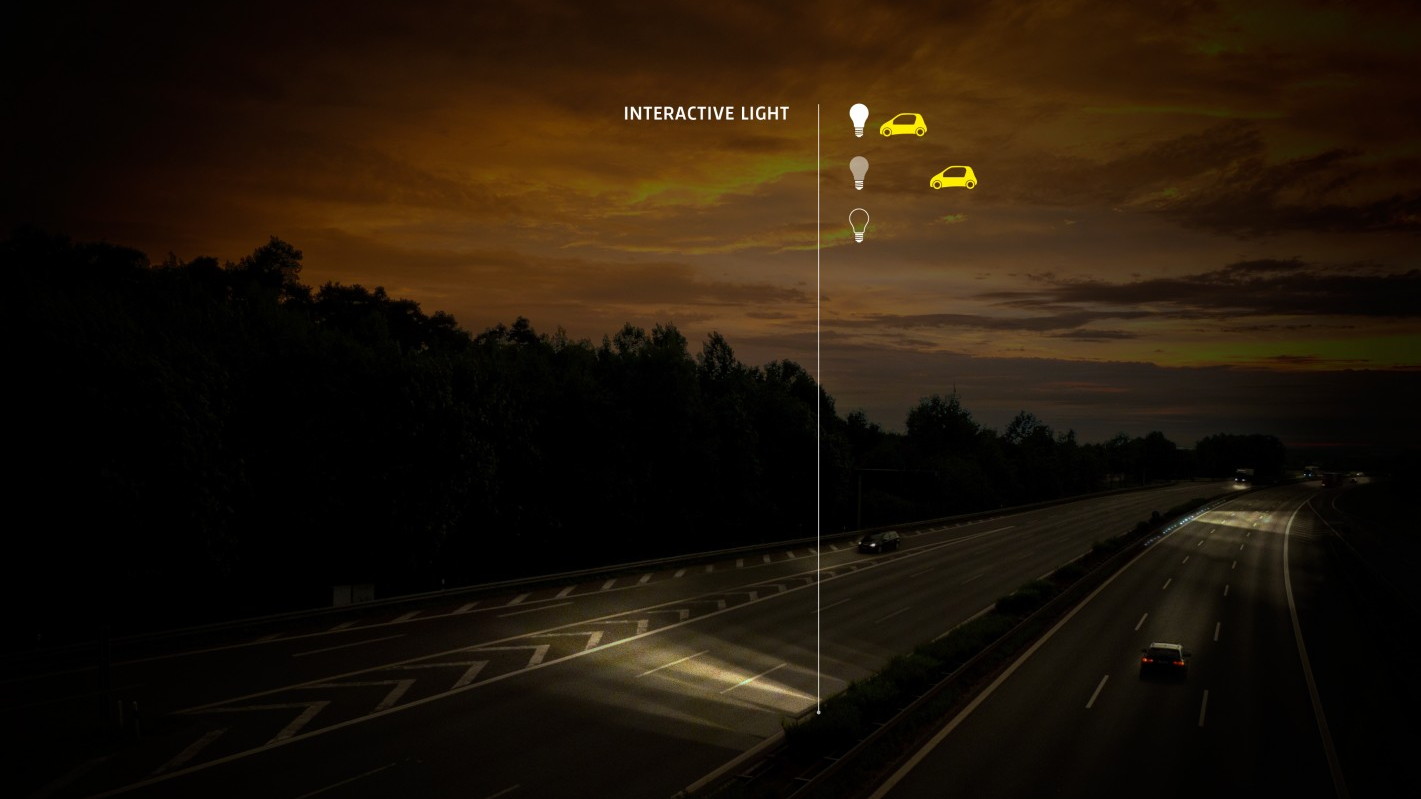 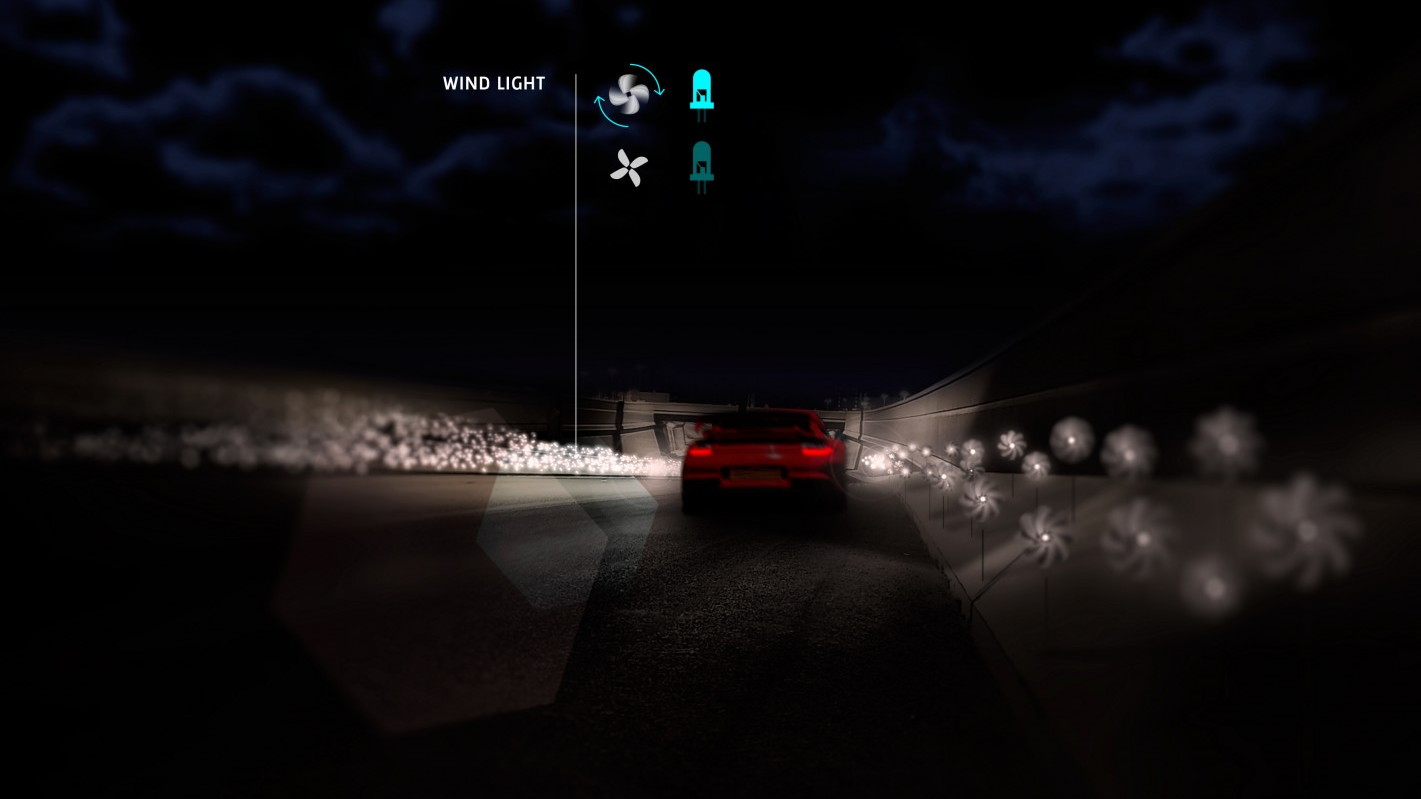 5
photos
The problem with highway signs is that drivers rarely, if ever, pay attention to them. “Keep right, except to pass” may as well be written in hieroglyphics for all the good it does, and the same can be said for signs that read, “Caution, bridge freezes before road surface.”

What if the road itself gave you a warning, in the form of a giant, full-lane-width snowflake, when the surface dropped below freezing? This may sound like science fiction, but in the eyes of Dutch visionary Daan Roosegaarde it’s merely good design and one of several ready-to implement ideas he has planned for the near future.

As Visual News reports, Roosegaarde’s temperature-warning roads would use a special paint that changes color at a preset temperature, warning drivers that the road is icy, not merely that it has the potential to be slick. Below freezing, the snowflake images would appear, but they’d fade as soon as temps rose.

That’s not the only concept from Roosegaarde that’s ready-to-implement, either. Another calls for the use of luminescent paint for the fog lines and center lines of highways, which would eliminate the need for supplemental lighting. Given sufficient exposure to sunlight, the lines would glow for up to 10 hours each night.

Don’t expect to see his designs appear on perpetually-underfunded U.S. Interstates, but  his temperature-sensing and luminescent roads will debut in the Netherlands by mid-2013. Assuming that they provide the benefits discussed, expect to see them throughout the E.U. in the coming years.