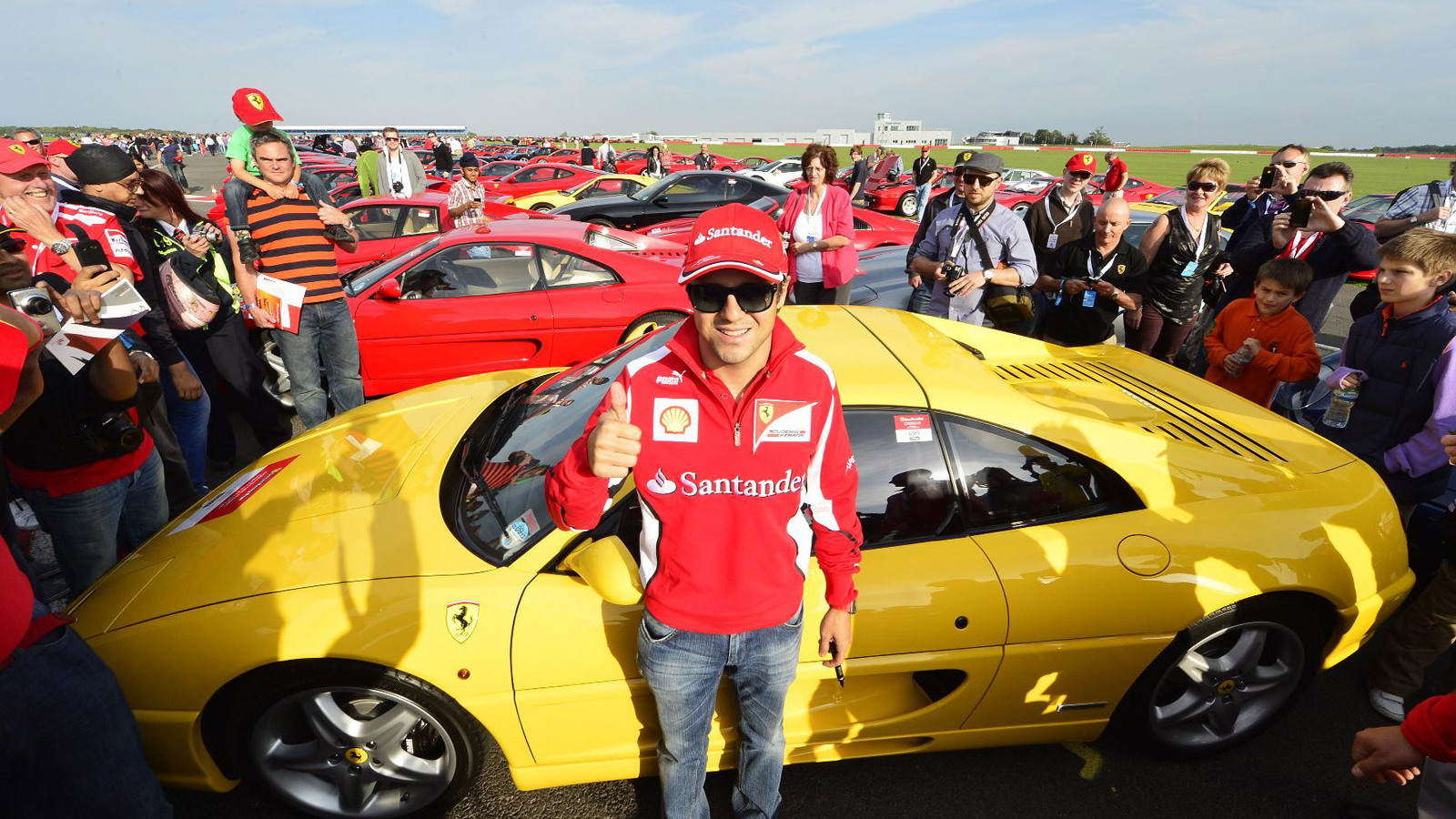 12
photos
A gathering of 964 Ferraris at the Silverstone race track in the UK have set a new world record for the largest single gathering of Prancing Horses, smashing the previous record of 490 cars set in 2008 at Japan’s Fuji Speedway Circuit. Though not quite the 1,000 cars organizers were hoping for, the record is still very impressive and could end up lasting years before it is broken.

The event took place during the latest Ferrari Racing Days this past weekend and even featured Ferrari Formula 1 driver Felipe Massa, who had the honor of leading the procession at the wheel of a 458 Spider.

Also taking part was Ferrari tester Marc Gene, who stuck around later to coach some of the drivers taking part in the exclusive F1 Clienti program. There was also an opportunity for spectators to admire the entire range of Ferrari cars, including the new F12 Berlinetta.

The attempt was organized by Ferrari together with help from the British Ferrari Owners' Club, the same club that organized a record gathering of 60 Ferrari F40s at the Silverstone track back in July. And, as promised, Ferrari donated 5 pounds (approximately $8) for each car that took part in the event to charity, with the final figure coming in at 4,820 pounds ($7,819).

According to Ferrari, all the necessary conditions were met for a world record to be ratified and put before the Guinness World Records’ scrutinizers, who will confirm the record by the end of next week.