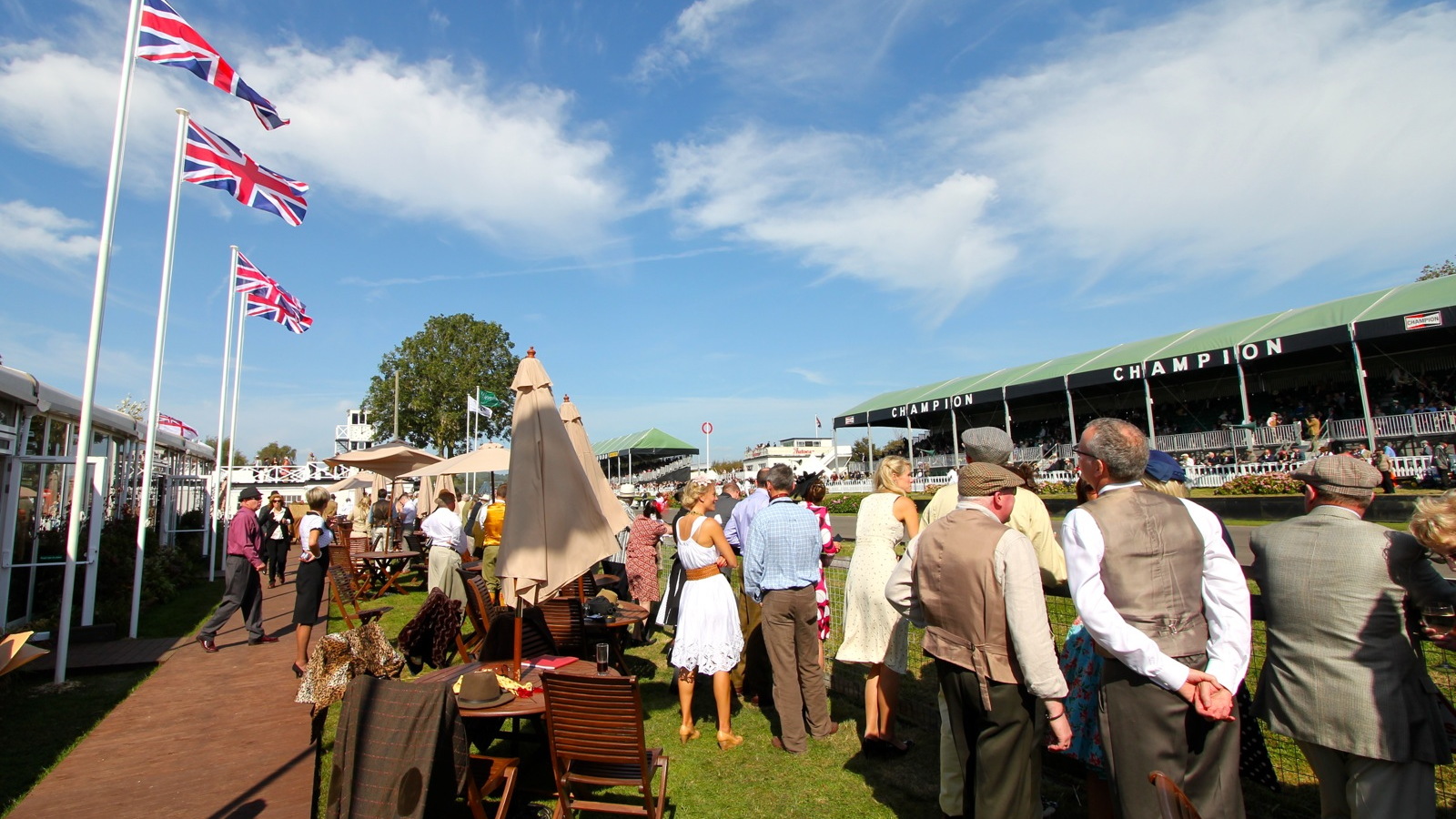 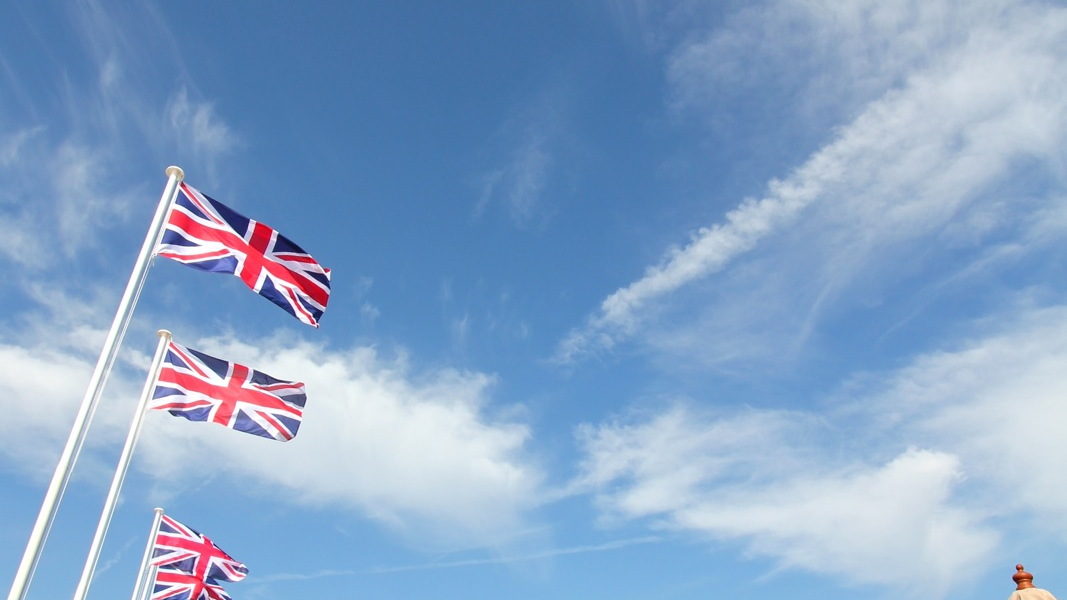 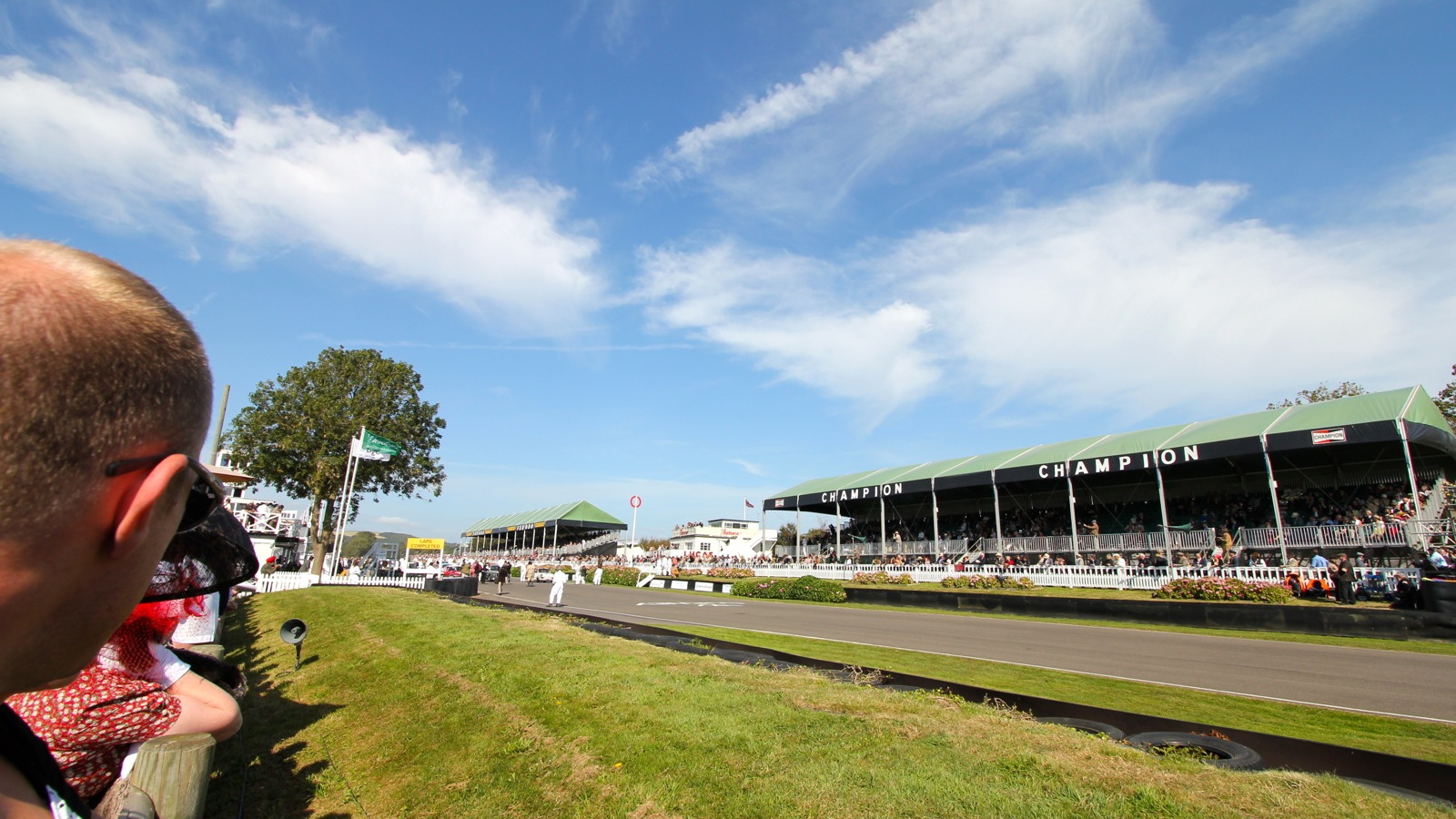 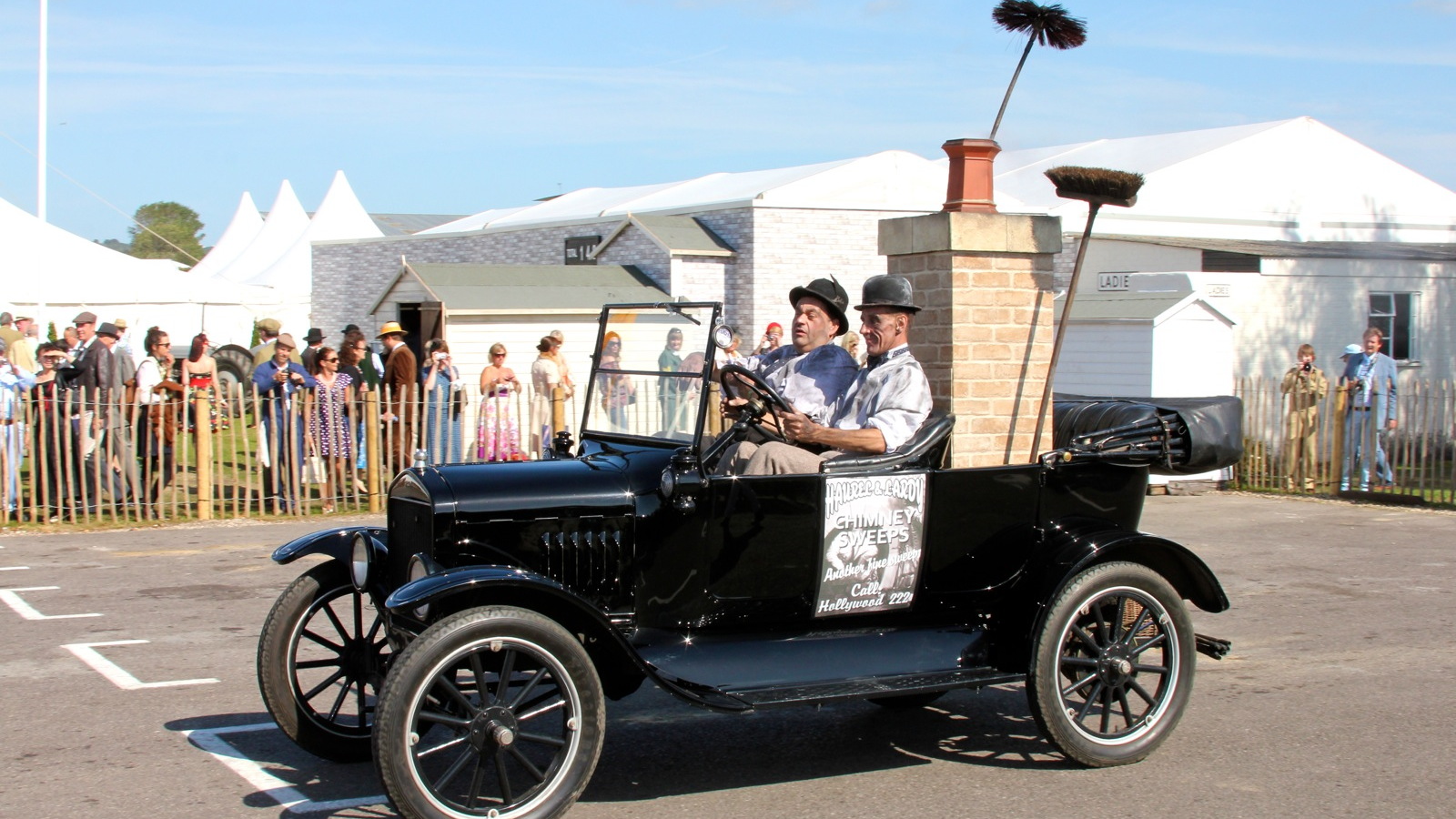 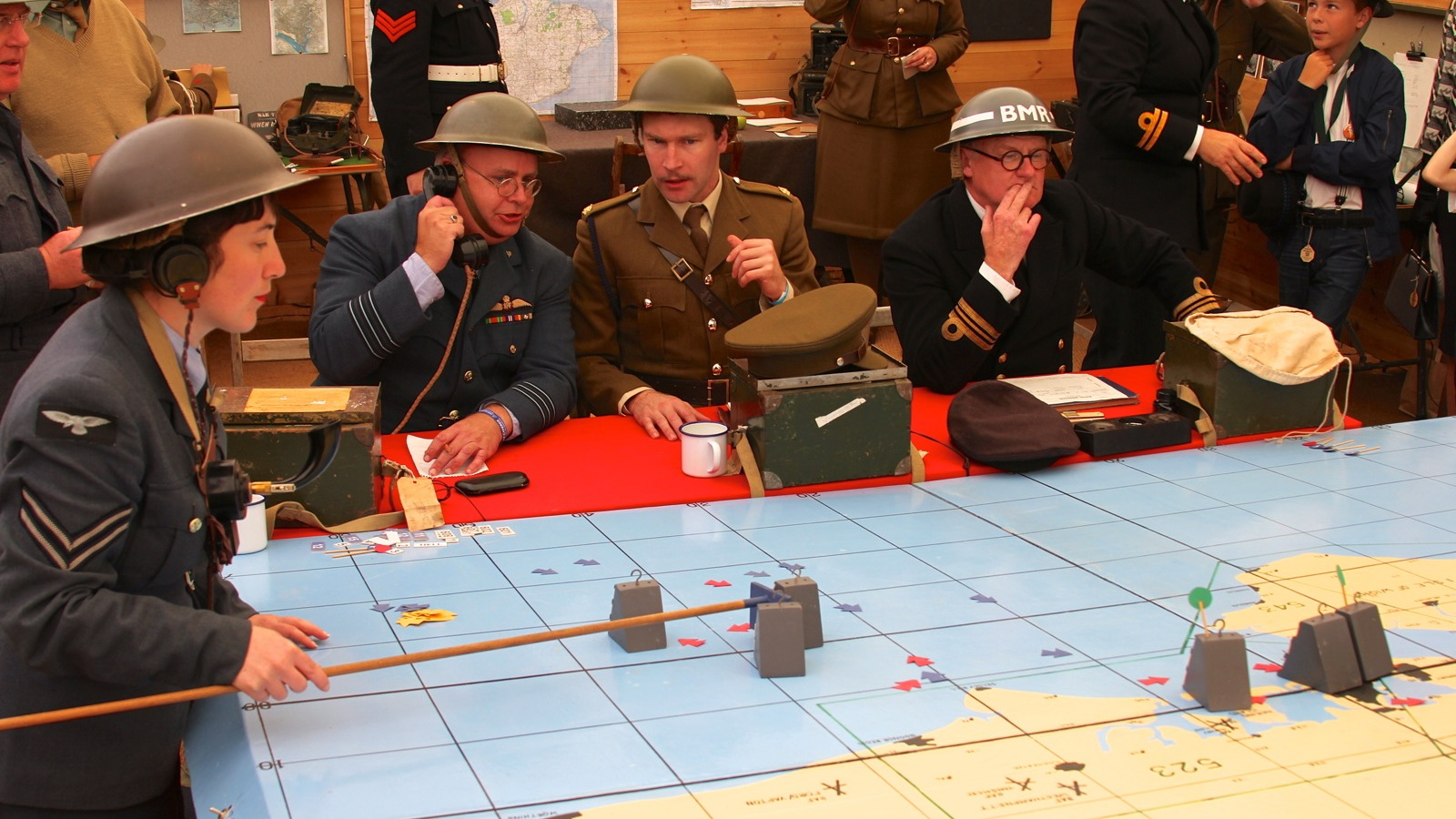 When RAF bombers screech overhead in pairs while an Elvis Presley cover band rocks out a serviceable "Suspicious Minds" and five-year-olds spin around stage in pedal cars, it dawns on you that you're not at the fusty old Pebble Beach Concours d'Elegance.

You're at the Goodwood Revival, the companion piece to the annual Goodwood Festival of Speed, and itself a classic-car event that makes bucket lists and inspires even casual car enthusiasts to dress up in vintage gear for what's been, regularly, one of the finest weather days in Great Britain, even in a record rainy year like 2012.

Who wouldn't love a costume party like this one? It's staged down the road from the headquarters of Rolls-Royce, on the estate of the Duke of Richmond, now overseen by Lord March, who kicked off the Festival of Speed in the early 1990s, and followed it up with the Revival in 1998. According to Revival tradition, only cars from the postwar era through the end of racing at the Goodwood motor racing course in 1966 are included.

The cars stay crisply on target, frozen in time at that moment--but the fashions veer from the formal Forties to the psychedelic Sixties, with the touristy crowd drifting in cargo shorts and tank tops and tribal tattoos, though "ties and jackets are required for gentlemen" to enter the paddocks and other highly curated areas.

We've finished exploring the 2012 Goodwood Revival, but the memories won't go away soon. Take in these highlights from the Revival, including the fantastic collection of Dan Gurney tribute cars, packs of Sixties Ferraris and Jaguars, as well as hospitality, the paddocks, the fashions, and our close encounters with a pair of camels (bactrian and dromedary, of course).