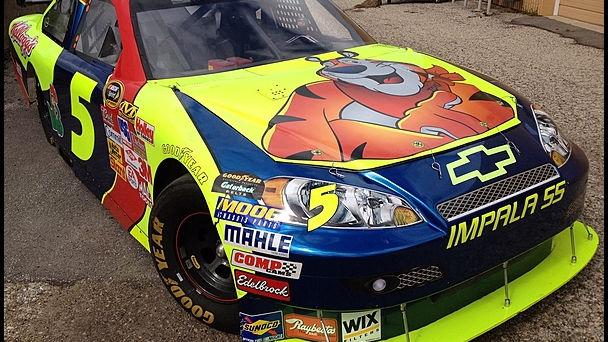 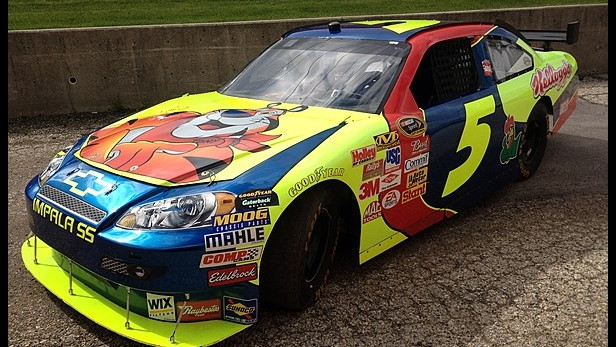 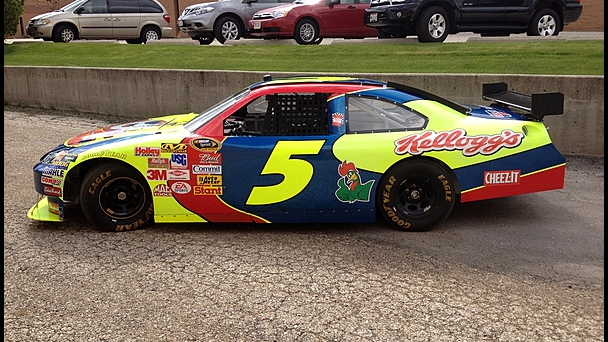 3
photos
Ever wanted to own a relatively modern piece of NASCAR Cup-car machinery? Well, here's your chance: a Tony the Tiger-liveried, Car of Tomorrow-bodied, 2007 Chevrolet Impala SS. Best of all, it has a brand-new GM CT 400 racing engine under the hood.

The 2007 #5 Kellogg's car was driven by Kyle Busch, where he took the win in the inaugural race for the CoT, at the Food City 500 at Bristol. It's not clear that it was this actual car that Busch raced, but it's probably about as close as you'll get.

Unlike many NASCAR vehicle sales, this is for the complete car, with engine, transmission, and all of its gear--though no spares are mentioned with the auction at the Mecum Auctions official page, which also notes that the car "Sounds awesome." We're sure it does.

It'll be sold May 19 during the 25th Original Spring Classic Auction, scheduled to cross the block at 5:45 p.m. that Saturday evening.