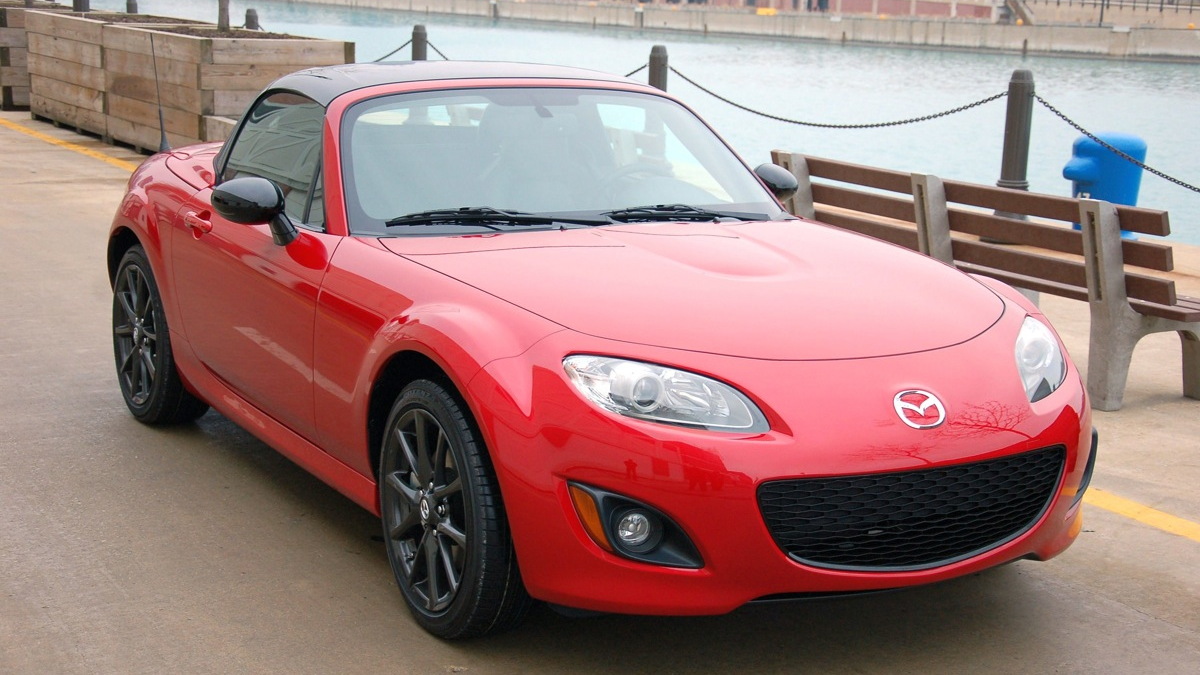 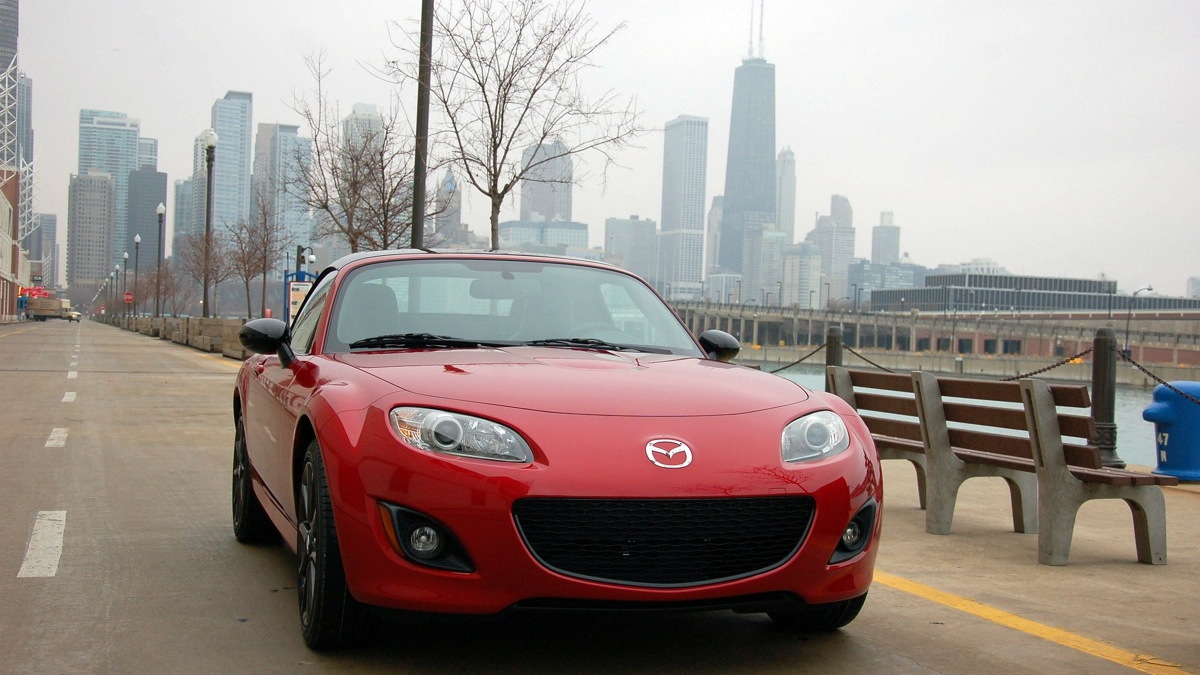 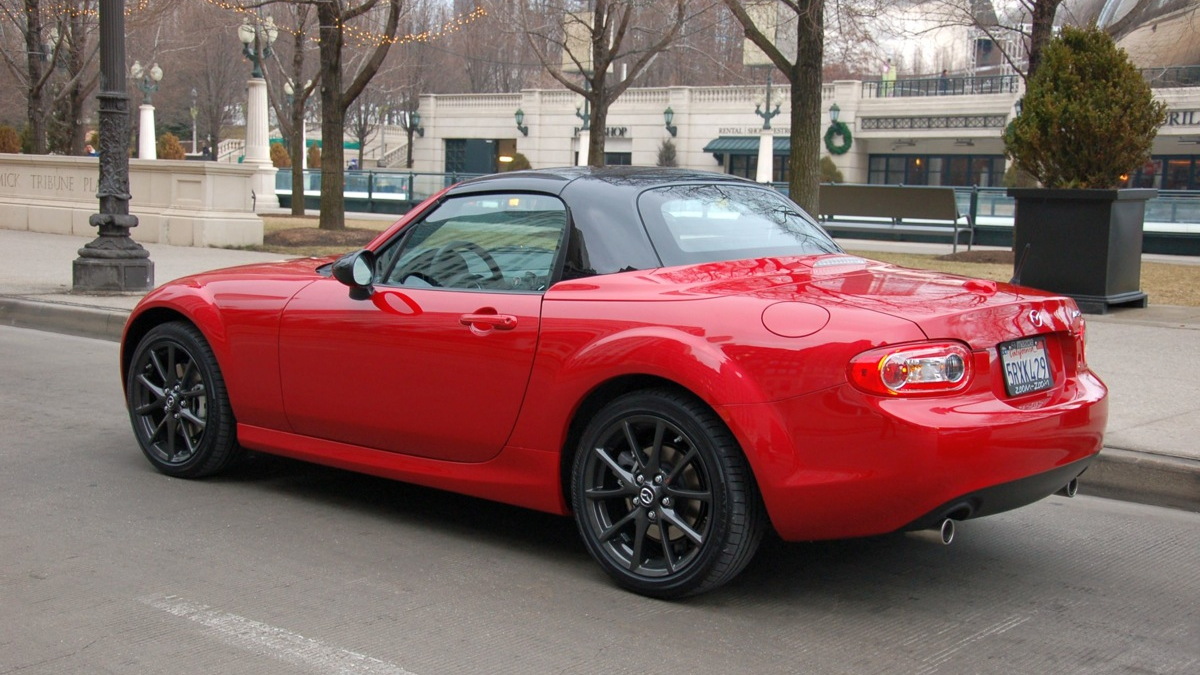 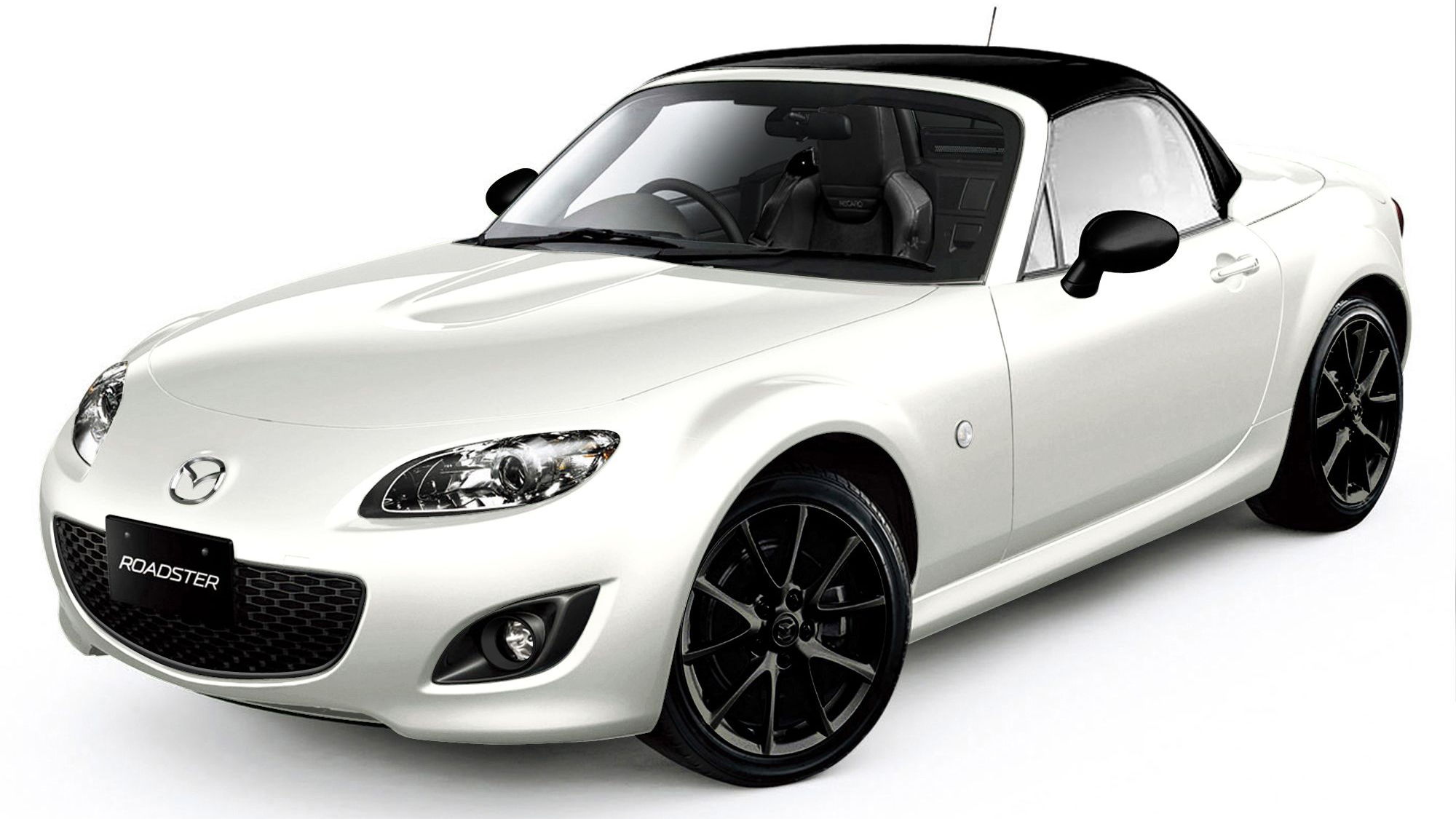 4
photos
Last week, Mazda teased the release of a 2012 MX-5 Miata Special Edition, to be launched at this week’s Chicago Auto Show. Now we’ve got pictures of the car in red, and a few more details, including price.

The 2012 MX-5 Special Edition will be built in a limited run of just 450 units, and will come in either Velocity Red or Crystal White Pearl, both with a black power retractable hard top (PRHT), black side view mirrors and black gunmetal 17-inch wheels.

Special Edition models then get the Premium and Suspension packages, which include Bluetooth connectivity, satellite radio, HID headlights, an alarm system, keyless entry, Bilstein dampers, a limited slip differential and a sport-tuned suspension.

For complete coverage of this year's Chicago Auto Show, be sure to follow our dedicated show page.