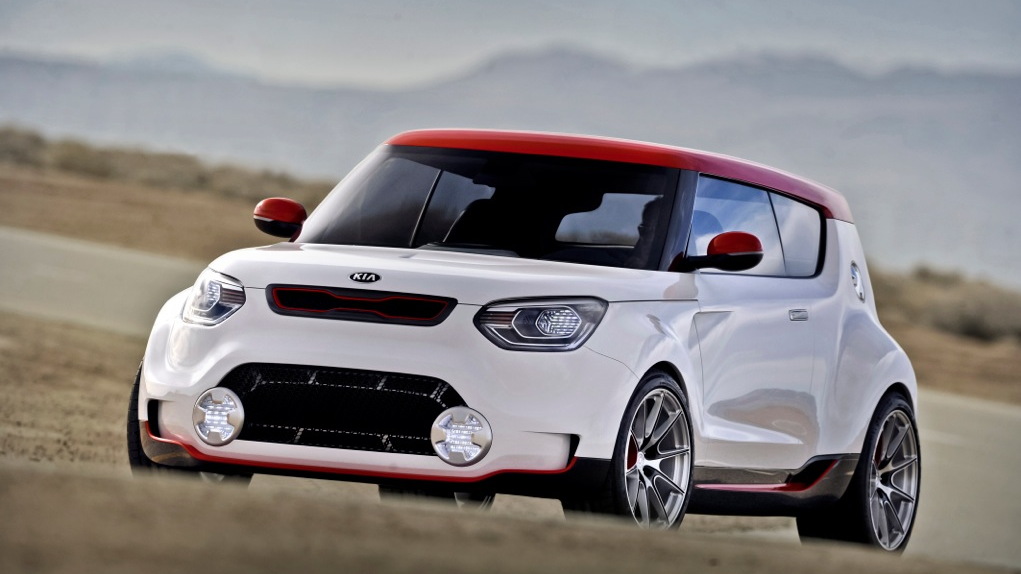 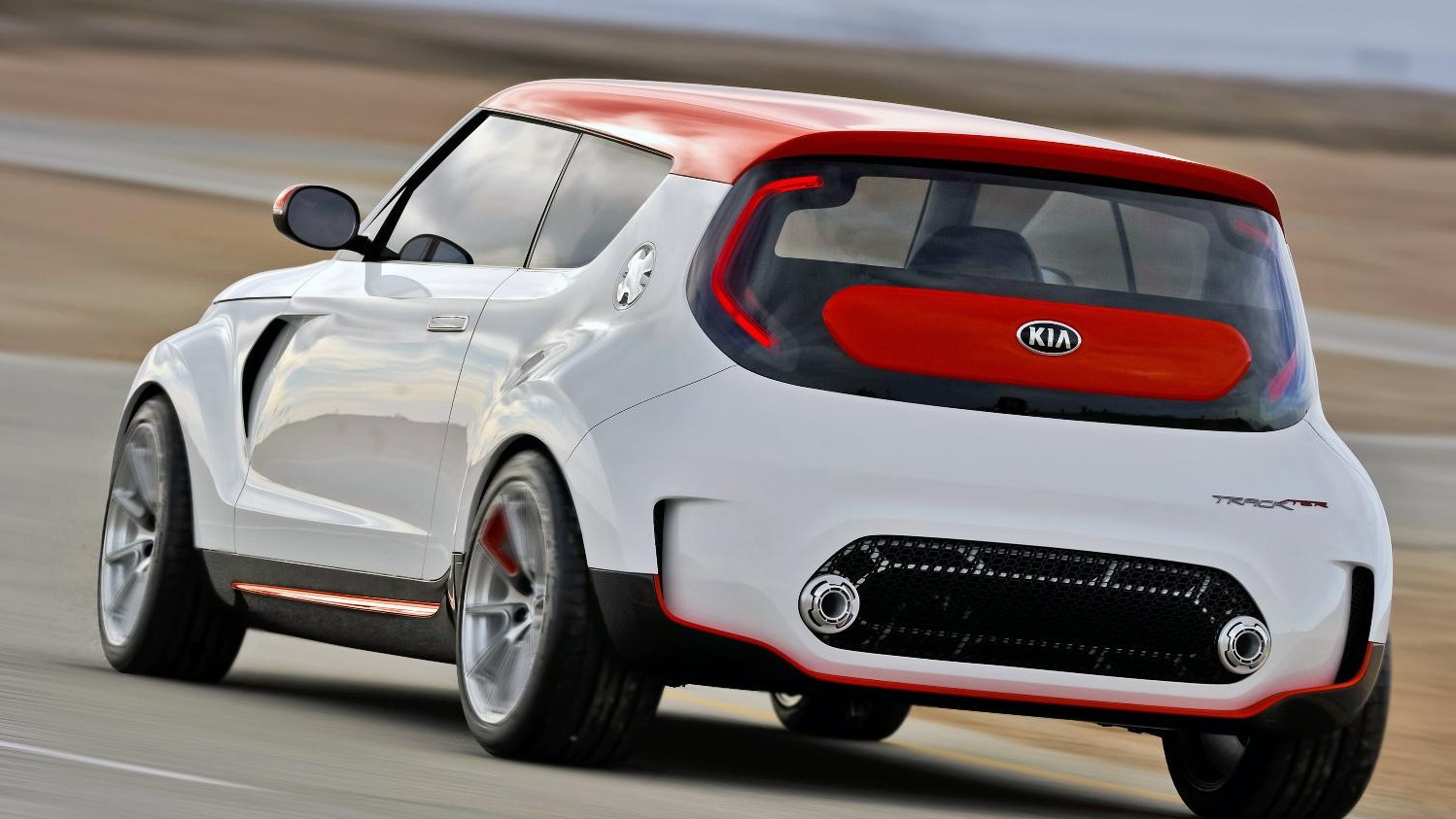 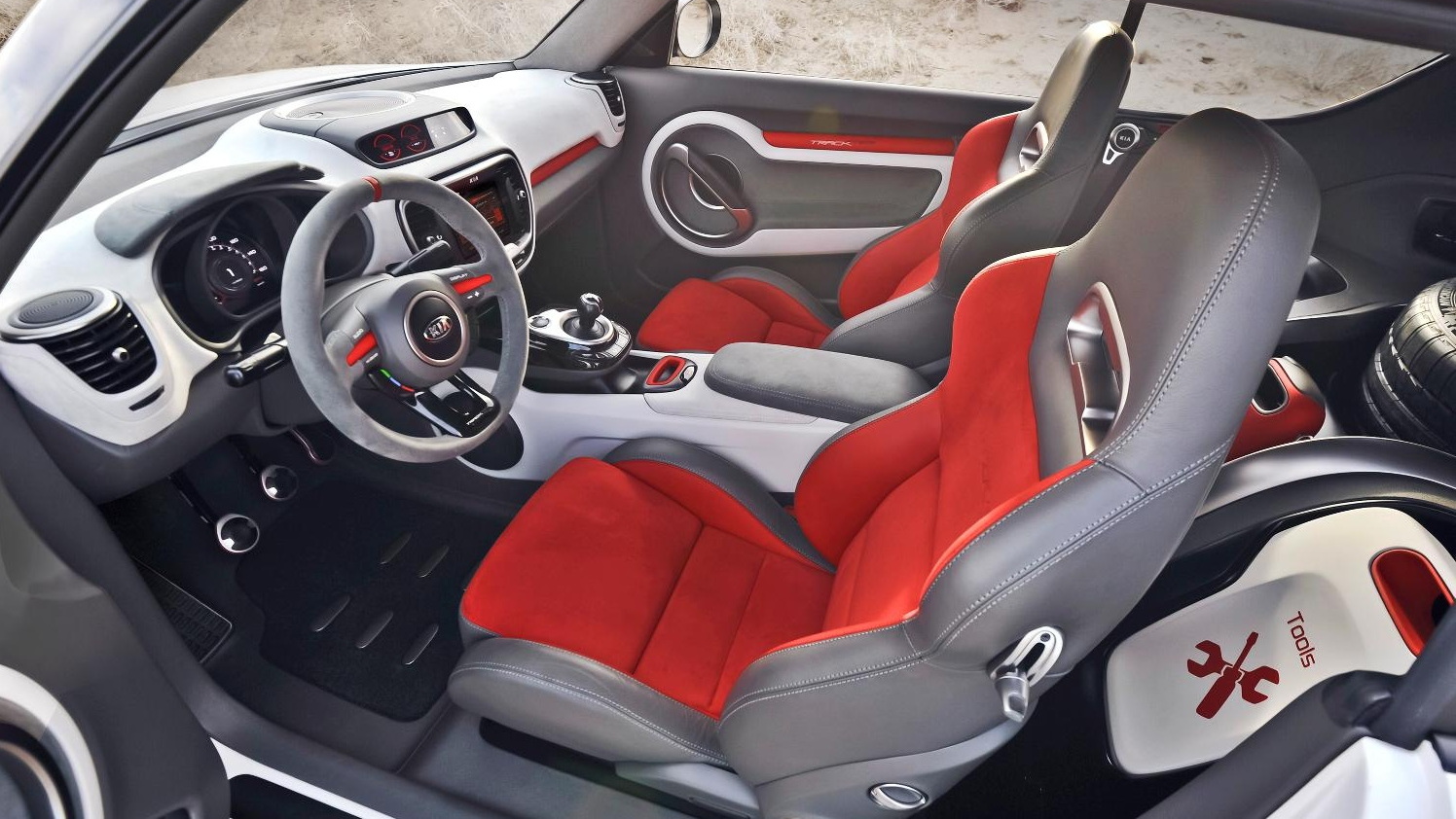 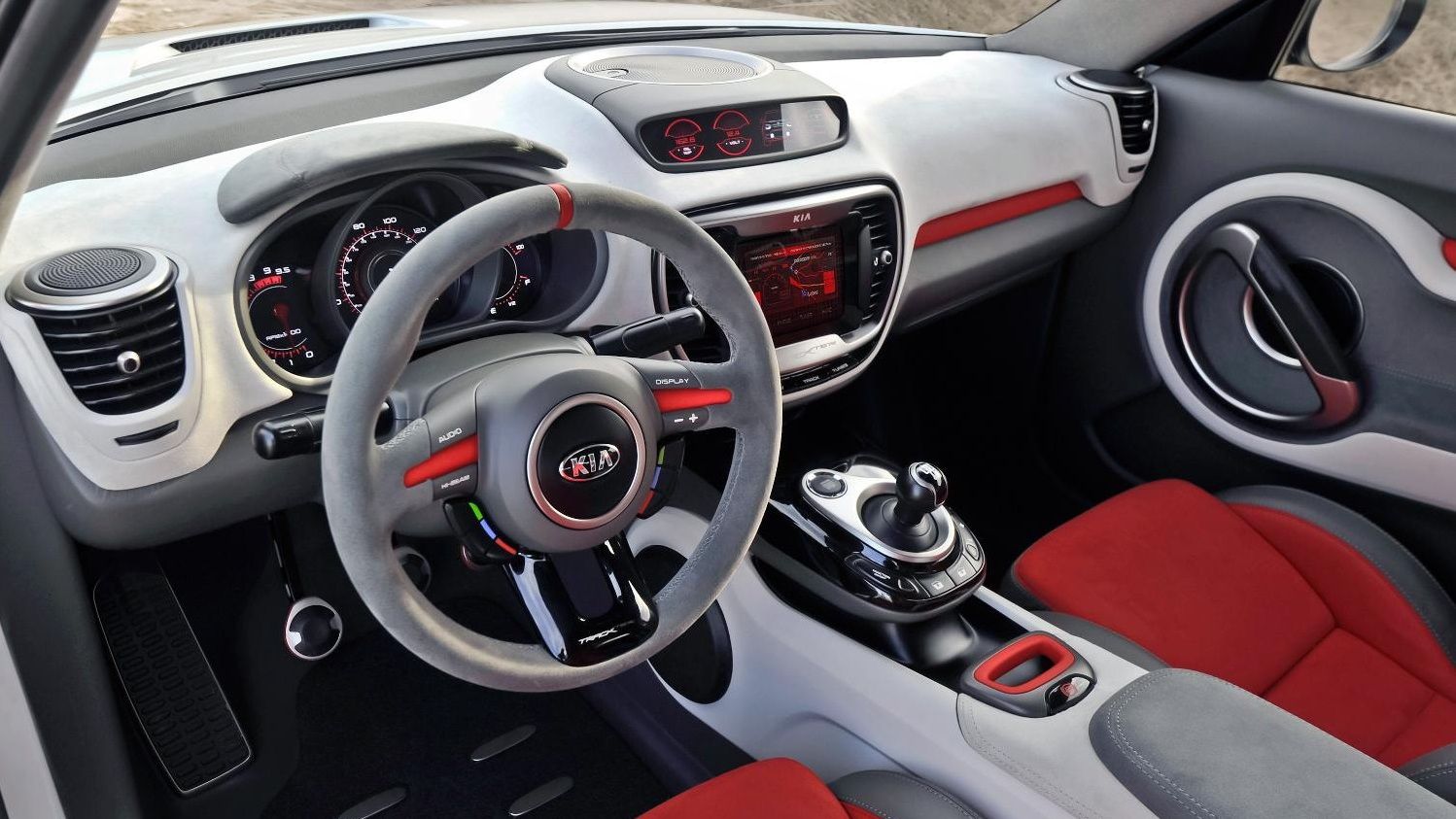 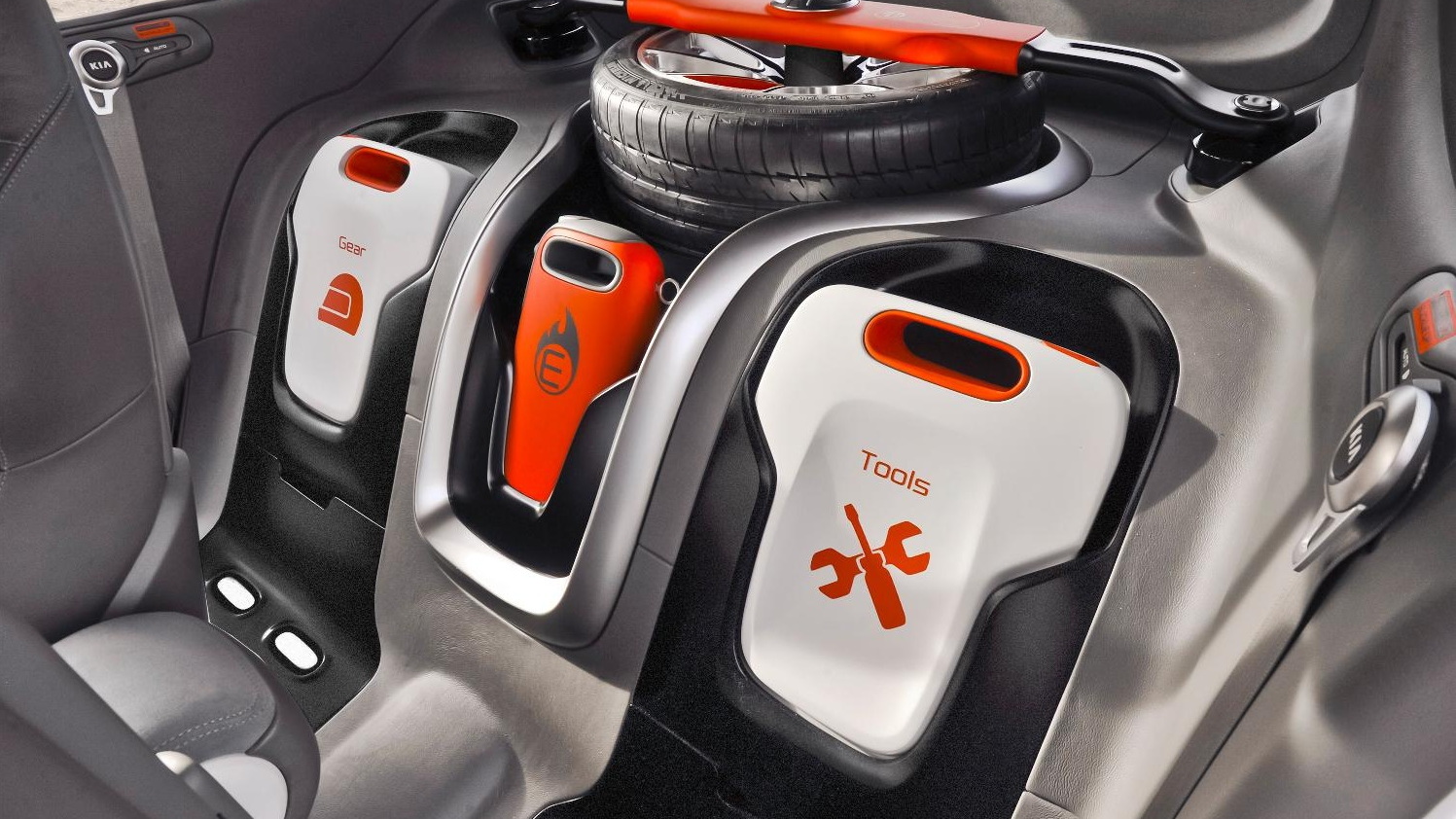 5
photos
With its Soul, Kia already has one of the most distinctive small-car designs on the market. But what if you were to chop a couple of doors, widen the body, install a turbocharged engine and all sorts of other upgrades?

That seems to be exactly the idea behind Kia's Track'ster Concept at the 2012 Chicago Auto Show, and at first glance, we like the idea of a track-ready Soul--and one with a little more driving-enthusiast soul.

The Track'ster, which was already teased earlier this week, not only gives a hint of what a two-door Soul would be like; it also hints that Kia could (and might) make a higher-performance version of this small hatchback. Up until now, the production versions of the Soul have been fun, but not exactly engaging, to drive. But the Track'ster Concept should be a lot more enjoyable, thanks to a turbocharged 2.0-liter four-cylinder engine, making 250 horsepower and delivering power with a short-throw six-speed gearbox, through an electronically controlled all-wheel drive system. The Soul should corner better on its lowered sport suspension, with much-improved grip from Michelin Pilot Sport PS2 performance tires. There's also a custom, quick-release rear strut brace.

Proportions are a bit different from most angles, as the Track'ster is five inches wider than the production Soul, with a wheelbase that's about an inch longer, while the longer front doors get push-style handles inspired by the billet fuel-filler doors on racing cars. There are functional brake-cooling ducts for the front and rear wheels, which are fitted with huge (for this size of car) 14-inch Brembo discs, vented and cross-drilled with six-piston calipers (13.6-inch, four-piston ones in back). And the HRE-K1 custom monoblock billet performance wheels themselves were jointly designed between HRE and Kia's California-based design team.

Kia used a bulldog inspiration to make the Track'ster tougher in appearance, and you can of course see that the most at the front end. The lower-intake grille is huge—with an outline that looks almost like teeth—and flanked by large LED driving lights that have billet-aluminum surrounds. A Whiteout and Inferno Orange paint scheme, with the angled-back roof pillar in orange, should give it a racy look from a distance.

The cabin gets all sorts of corresponding upgrades, with Inferno Orange suede covering racing seats and complemented by Granite Gray leather and suede. Auxiliary gauges have been added, and in place of the rear seats there are large paneled bins for racing gear.

What do you think? We see a few influences, including the iconic Renault 5 Alpine, as well as a healthy dose of flavor from Kia's recent racing involvement.

And will Kia call it the Soul Koup?

Stay tuned for more pictures of the Track'ster Concept, as we cover all that's new, live this week from the Chicago Auto Show.