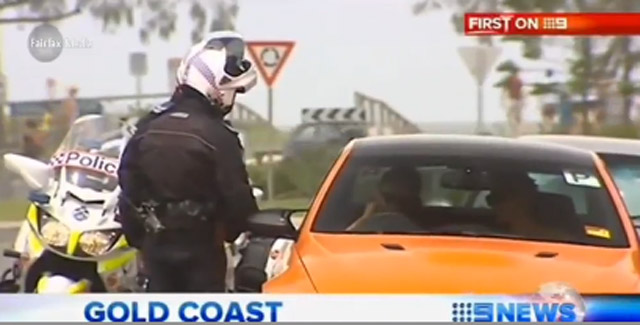 Bernard Tomic pulled over by police in Australia

Australian tennis star Bernard Tomic was recently involved in a bizarre incident with police near his home in the Gold Coast, on the East Coast of Australia.

The 19-year old was driving with his girlfriend yesterday near a busy restaurant district when he was pulled over by local police for allegedly revving the engine of his car, a bright orange BMW M3 Coupe, at pedestrians.

Due to Tomic being on a probationary license, which restricts young drivers from getting behind the wheel of high-performance cars like the M3, he is only allowed to drive the car between home and work, the latter in this case being tennis duties.

After being pulled over initially and given a ticket, Tomic was told by police to head straight home. After pulling away and driving off, the police followed him and then turned on their lights and siren a second time, possibly because they believed he wasn’t going straight home.

Tomic refused to pull over the second time and was instead followed to his home where he locked himself in and refused to speak to police.

Whether police were in the wrong or not is still being investigated, though Tomic and his family may issue a formal complaint.

The tennis ace made it to the fourth round of this month’s Australian Tennis Open where he was knocked out Roger Federer. You can watch a video of him and the police by heading over to Yahoo! Sports.