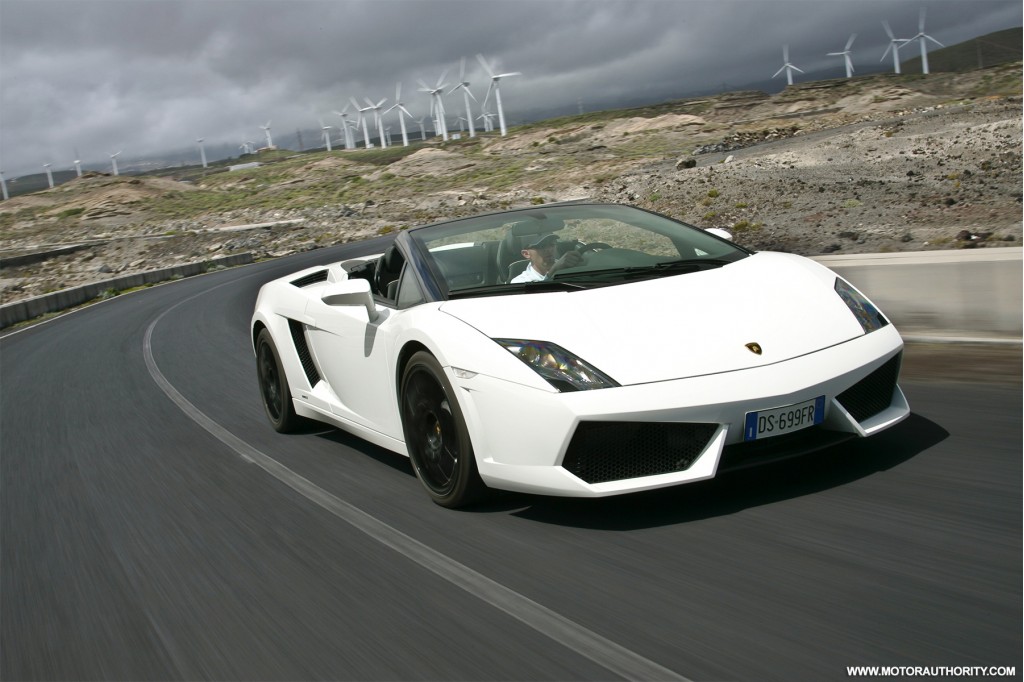 In 2009 Lamborghini took the wraps off a very special model, one that did away with the all-wheel drive setup that has proliferated throughout the brand’s lineup over the years, and one that was named in honor of the very man that tames all raging bulls before production, Lamborghini’s own test driver Valentino Balboni.

We are, of course, talking about the rear-wheel drive Lamborghini Gallardo LP 550-2 Valentino Balboni edition.

Lamborghini built only 250 examples of the car, all of which sold out rather quickly after being announced. However, what many may not know is that the automaker has been selling a regular rear-wheel drive version of the Gallardo ever since.

Now Lamborghini is finally planning to launch a rear-wheel drive version of its Gallardo Spyder, only it won’t be getting any special title this time around.

A Lamborghini spokesperson confirmed to MotorAuthority that customers will soon be able to order the Gallardo Spyder with rear-wheel drive, suggesting we could see the car make an auto show appearance very soon, perhaps even at next week’s 2011 Los Angeles Auto Show. You’ll recall that Lamborghini used last year’s event in L.A. to debut its Gallardo Spyder Performante LP 570-4.

Expect the latest car to feature the same slightly detuned 5.2-liter V-10 as the Gallardo LP 550-2 and official output rating of 542 horsepower (550 in metric figures), which suggests it will likely be called a Lamborghini Gallardo Spyder LP 550-2. First sales should start early in the new year.