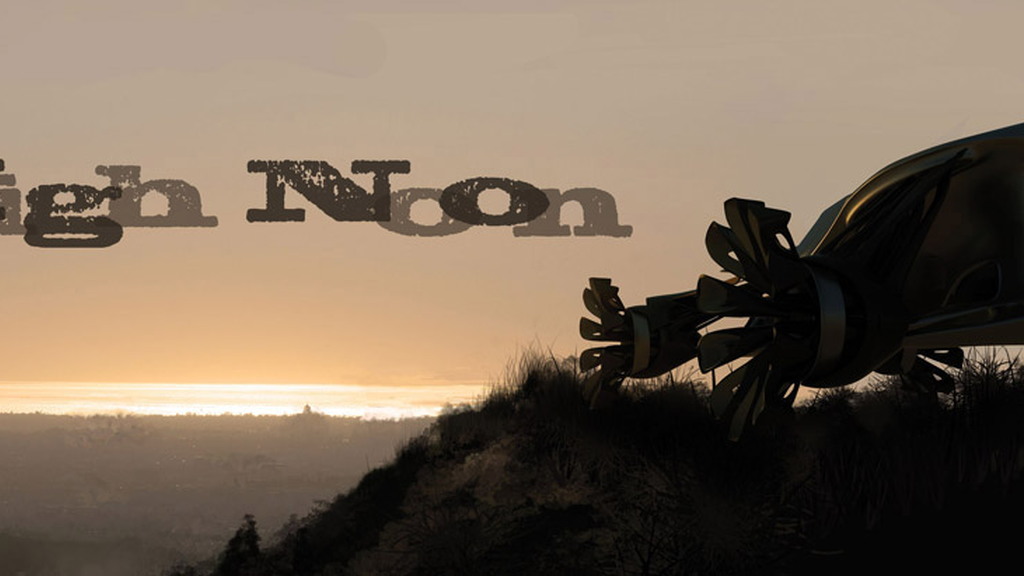 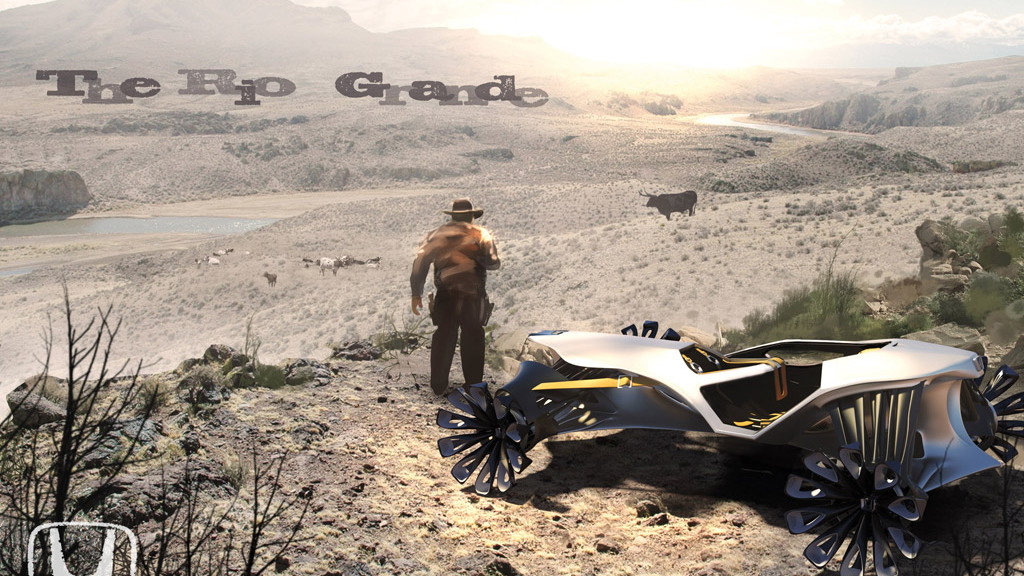 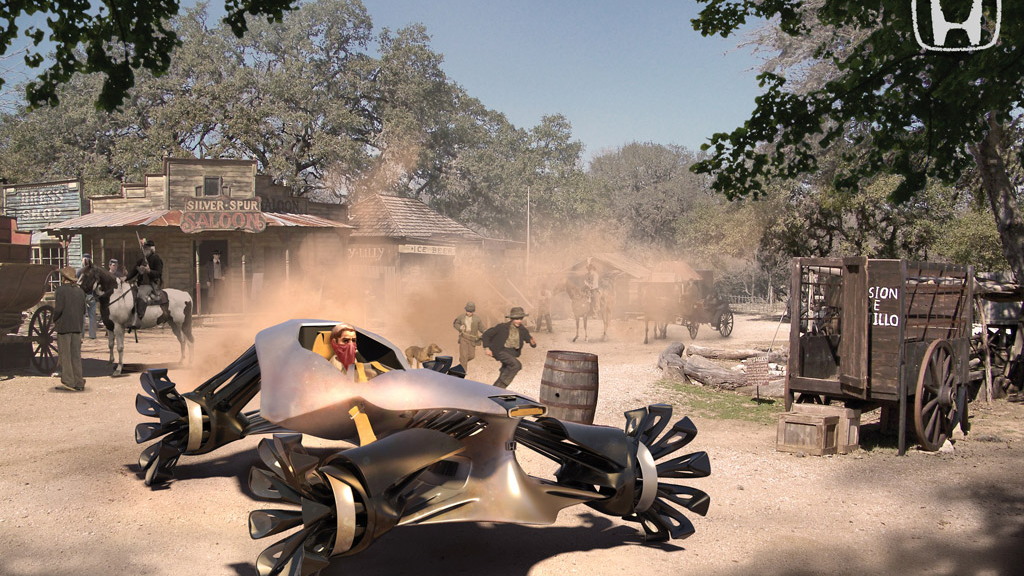 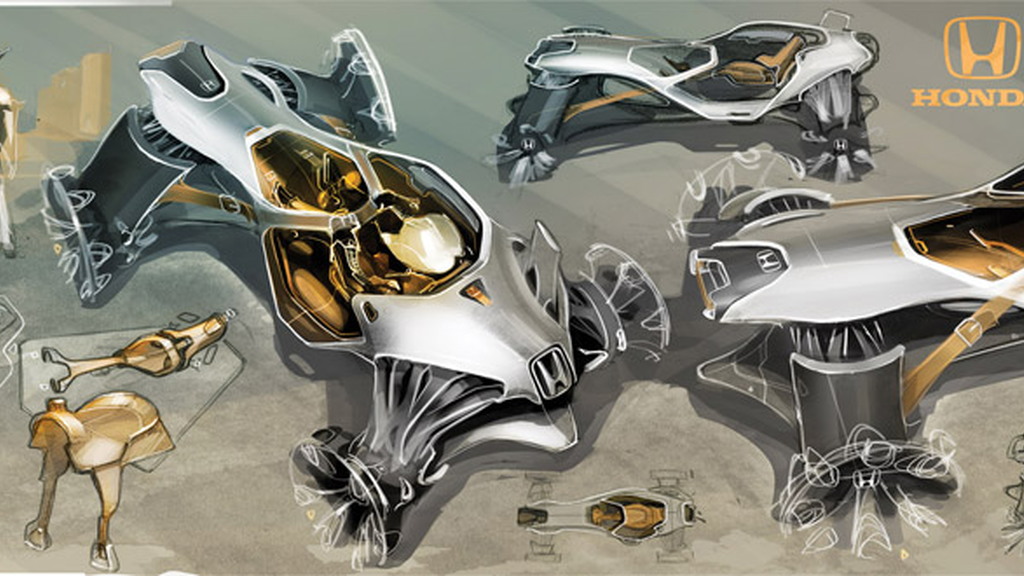 The 2011 Los Angeles Auto Show is nearly upon, it’s just two weeks away to be exact, and in the lead up to the annual event entries for the show’s accompanying Design Challenge have hit the Web.

Each year for the past eight years, a new theme for the Design Challenge is chosen and then automotive design labs from around the world are invited to participate.

This year the theme is “Hollywood’s Hottest New Movie Car”, and entries have come in from studios all over the world, including from the U.S., Germany and Japan.

The entries are judged based on various factors including: how the vehicle reflects its brand attributes relative to the movie plot; how the vehicle relates to the targeted audience or brand; the level of imagination; the character development of the vehicle; and the uniqueness of the combination of story, car and character.

The final winner, however, won’t be known until the L.A. Auto Show finally kicks off.

Over the next couple of pages is a preview of just some of the concepts from Honda, Mercedes-Benz, Maybach, Smart, Hyundai and Subaru, plus a short description on each.

Honda IH ConceptHonda takes us hundreds of years into the future to a world disrupted by the impact of a gigantic comet.

The resulting heat and drought have wiped out technology, infrastructure and life as we know it.

The few scientists have created a vehicle that serves as a companion and protector in the inhospitable and lonely environment, like a horse did to early pioneers.

The Honda IH symbolizes a mix of mobility and companionship in an inhumane, hot, dry and dangerous environment. The vehicle takes advantage of three key elements which will emerge in the near future: local production, artificial intelligence and additive technology.

The vehicle uses the efficient, lightweight, strong, and functional characteristics of bones for its inspiration. A.I. technology and nanotechnology gives everybody the power to produce material resources and parts for the vehicle locally. Additive technology is a revolutionary attempt to produce very small or especially very large parts in a more efficient way to save weight and resources while improving the strength and flexibility of the product.

Mercedes-Benz Silver Arrow Concept
In homage to 125 years of automotive innovation and design excellence, Mercedes-Benz Advanced Design of North America features a story with two techno characters that have achieved a balance between safety and style.

They are the iconic Mercedes-Benz Silver Arrow race car, and the ‘Crash test dummy.’

A long-slung, sculpture on wheels--actually on ‘Hoops’--the Mercedes-Benz Silver Arrow has proportions reminiscent of the Mercedes-Benz W125 series, a race car of the late 1930s and the ‘Uhlenhaut’ SLR from the ‘50s.


The 341 Parkour Concept from Smart is touted as a reporter’s best friend.

It belongs to budding investigative reporter Annie and features several elements designed to enable her to take pictures from the best possible locations.

The large greenhouse gives Annie 360 degrees of visibility while travelling through the inner city. The wheels are retractable and contain impulse pads and vacuum cups. The hexagon skin around the wheelhouse is adjustable to release the wheels.


This little number was designed for vampire countess in Siberia.

She actually uses two futuristic Hyundais; the Hyundai Stratus Sprinter multi-purpose vehicle (MPV) and the DB Atlant Airship that serves as her home base and MPV carrier.

Passed down from her parents, she has been upgrading and modifying features throughout her immortal life. The MPV can travel any road due to its high ground clearance and has light combat capabilities.

The Airship, meanwhile, stays afloat and hidden high in the sky to avoid detection. Both vehicles have a magical stealth force that renders them invisible during daylight, only to reappear after dark.


Maybach’s concept is a reinterpretation of the historic Berline Carriage.

Based on the dimensions of a Mercedes-Benz GL-Class, the Maybach Berline Carriage is an E-Cell (battery-electric) or F-Cell (hydrogen fuel-cell) vehicle and features autonomous driving that allows its owner to have an amazing night out, without worry about who will be driving home later.

The Carriage is teleoperated via a satellite link to a Maybach Virtual Chauffeur Center. This leaves maximum interior space for the passengers and also allows maximum privacy.

A large glass screen with 3D laser projection is suspended from the ceiling and can display the Virtual Chauffeur or a variety of media and entertainment. Large divided gullwing doors with oversized privacy glass open wide for entry with retractable stairs for convenient entrance (inspired by business jets).

Subaru Horizon Concept
The premise for Subaru’s new concept is as follows: After 200 years since the rotation of the Earth has stopped, the Earth was split into two, distinctly different hemispheres, the Daysphere and the Nightsphere.

Humans have been living in a highly developed civilization in the Nightsphere, away from the sun’s harmful electromagnetic waves. There is no sunlight, but they have electricity sourced from an innovative energy plant that powers the megacity.

It seemed the technology driven human civilization was flourishing as always, but there was a threat slowly casting a shadow down upon them. The fuel of the power generation system, a rare crystallized mineral, was running out of energy.

The mineral is known to be found only in the pole of the Daysphere, a place from which no human has ever come back alive.

A team of four has been formed to venture to the other end of the world, tasked to bring back the crucial mineral. The Subaru Horizon has been specially developed to take them on their journey. It is to withstand the strong electromagnetic field, chemical imbalances, scorching heat, and raging storms of the Daysphere.