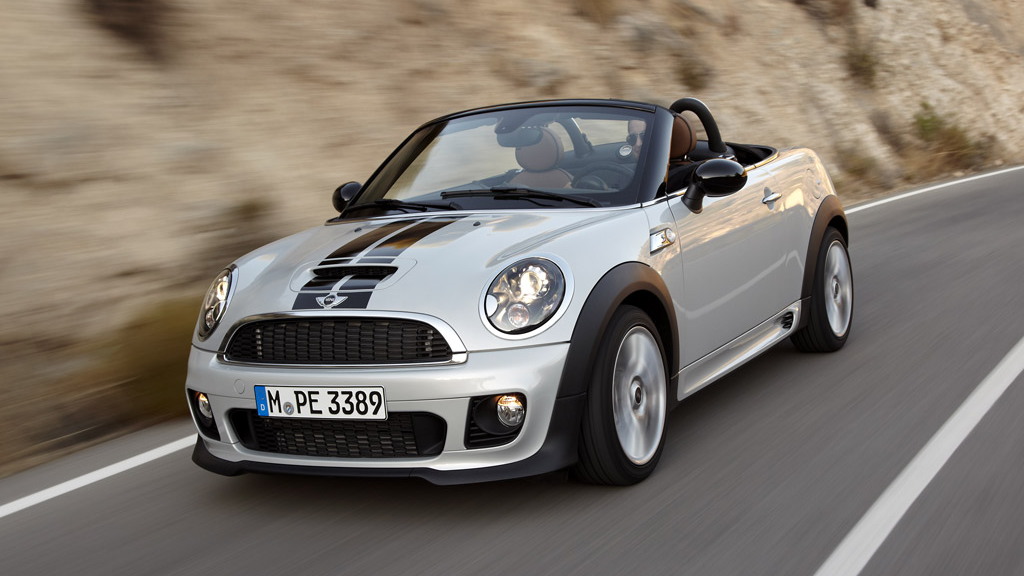 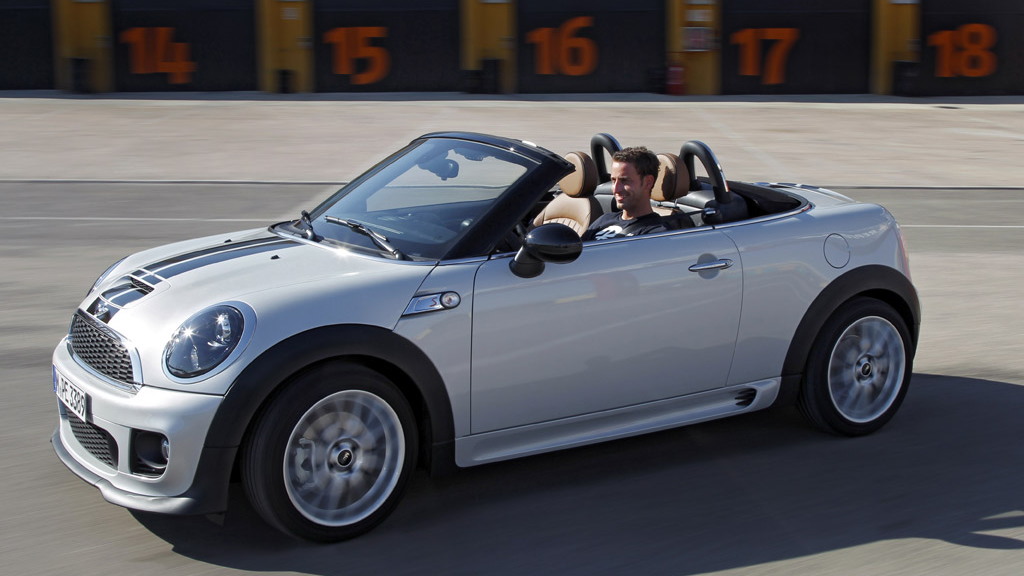 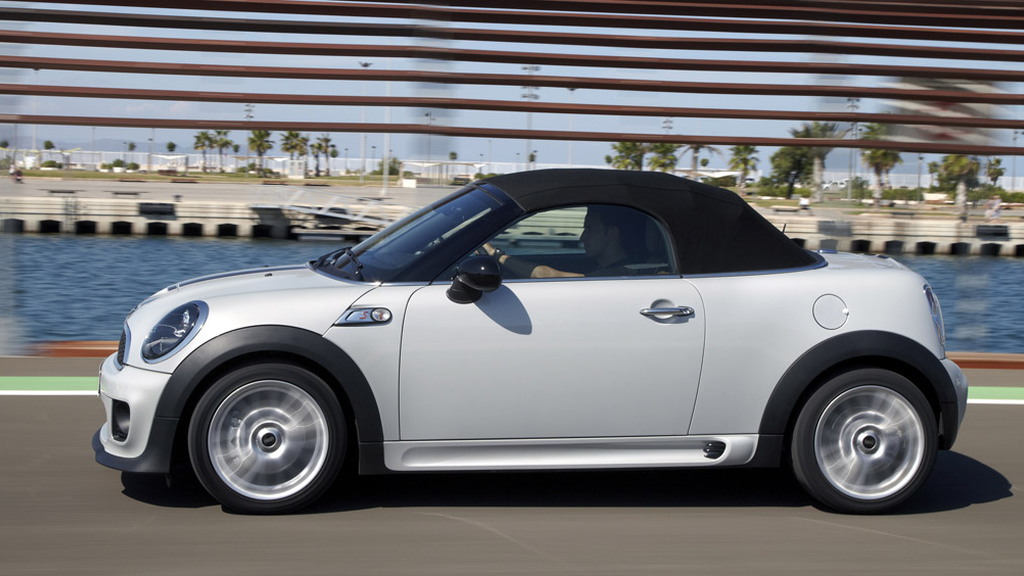 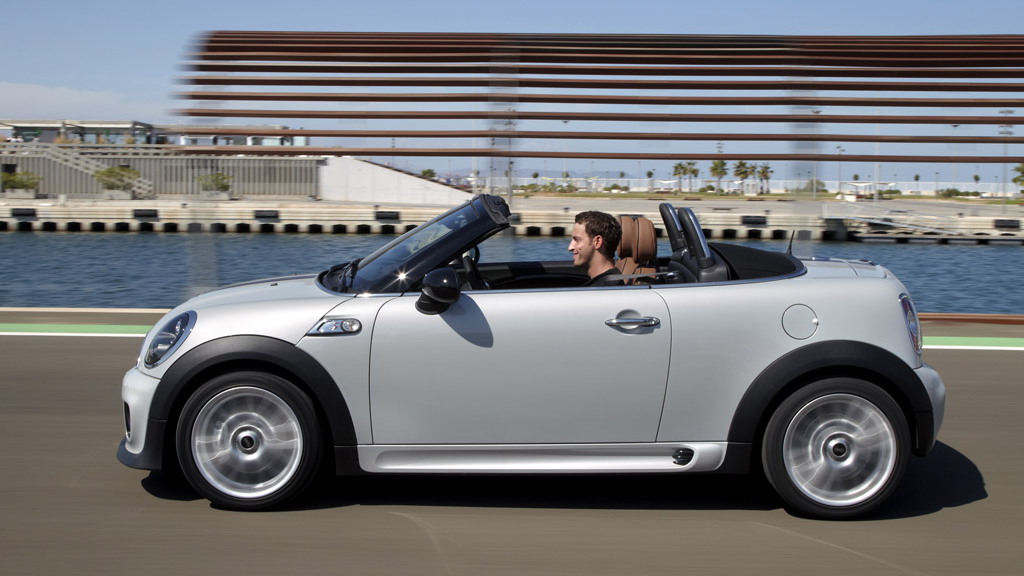 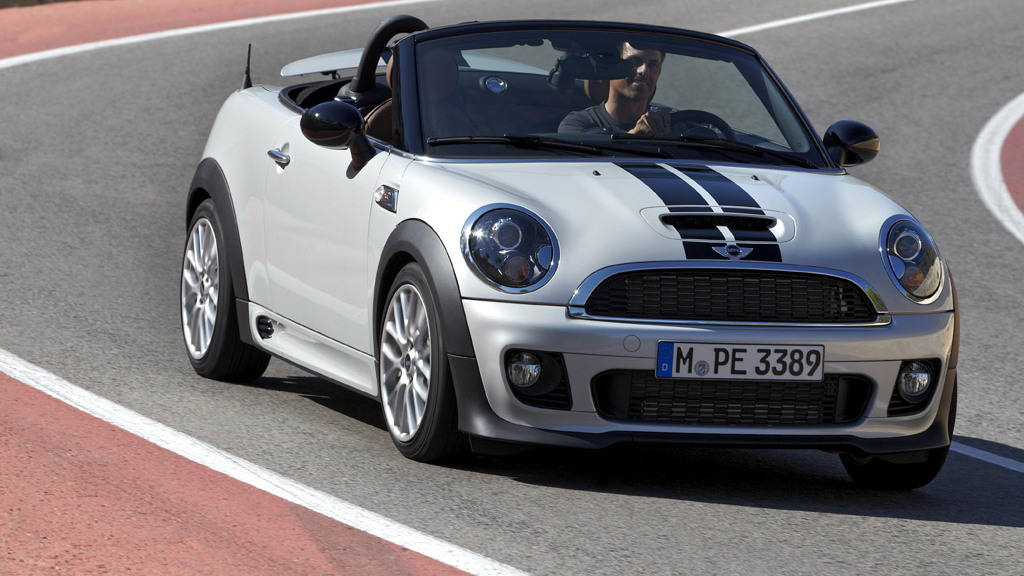 30
photos
MINI has taken the wraps off its new 2012 MINI Roadster, which like its recently revealed Coupe sibling will offer a number of different options for customers depending on their taste for performance.

The latest addition to the MINI range is the sixth model in the brand’s current lineup and the first two-seater drop-top in its history.

Looking almost identical to a concept version unveiled two years ago, the new 2012 MINI Roadster features a faithful reproduction of the MINI brand’s design language albeit with short overhangs, a stronger over-the-wheel stance, and high waistline adding a touch of sportiness.

It’s also a full 20 millimeters lower than the similar MINI Convertible. Overall length comes in at 12.25 feet, while width is just over 5.5 feet and the height is 4.5 feet. The MINI Roadster’s wheelbase comes in at 8 feet, and to save weight and complexity the folding roof mechanism is manually operated.

The fastest of the bunch is the JCW model, which sports a 1.6-liter turbo four developing 206 horsepower and 192 pound-feet of torque, or up to 207 pound-feet momentarily when an Overboost button is deployed. It promises 0-60 mph acceleration in 6.5 seconds and a top speed of 147 mph.

Moving down the line we arrive at the Cooper S Roadster, which sports the same 1.6-liter turbo but with just 184 horsepower and 177 pound-feet of torque, or 192 pound-feet with the Overboost switched on. This model takes 7 seconds to reach 60 mph and will go on to a top speed of 141 mph.

At the entry level to the 2012 MINI Roadster range, the Cooper Roadster gets its power from a naturally-aspirated version of the 1.6-liter four, belting out 121 horsepower and 118 pound-feet of torque. Acceleration is markedly slower at 9.2 seconds to 60 mph, while top speed reaches just 124 mph.

Buyers overseas can also opt for a sporty diesel model dubbed the Cooper SD Roadster, which comes with a 2.0-liter turbodiesel engine developing 143 horsepower and 225 pound-feet of torque.

Safety features include stability and traction control, an available electric differential lock, an active rear spoiler that extends at speeds above 50 mph, and roll-over bars in polished stainless steel.

Look out for the debut of the 2012 MINI Roadster range at the 2011 Los Angeles Auto Show next month.