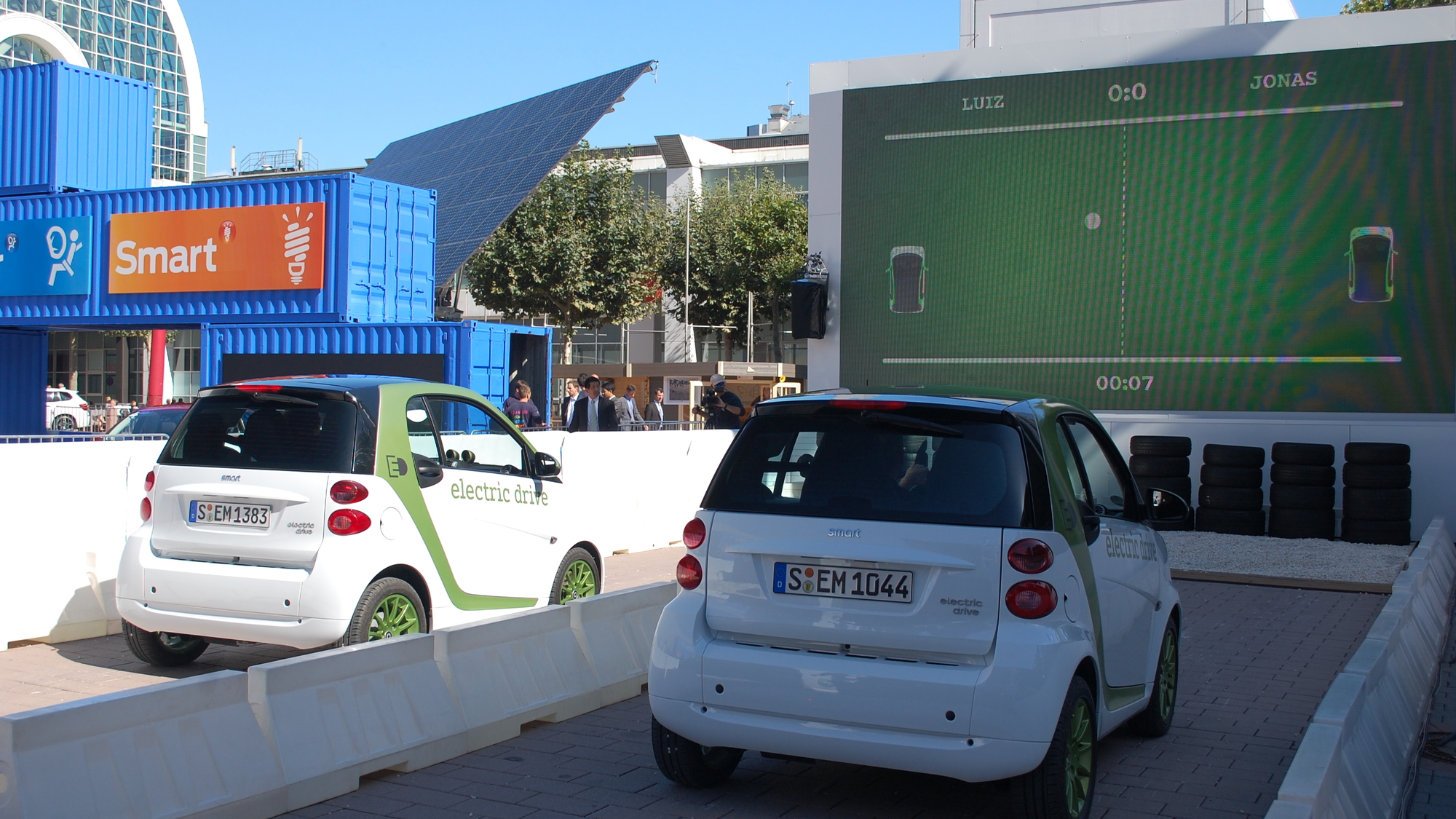 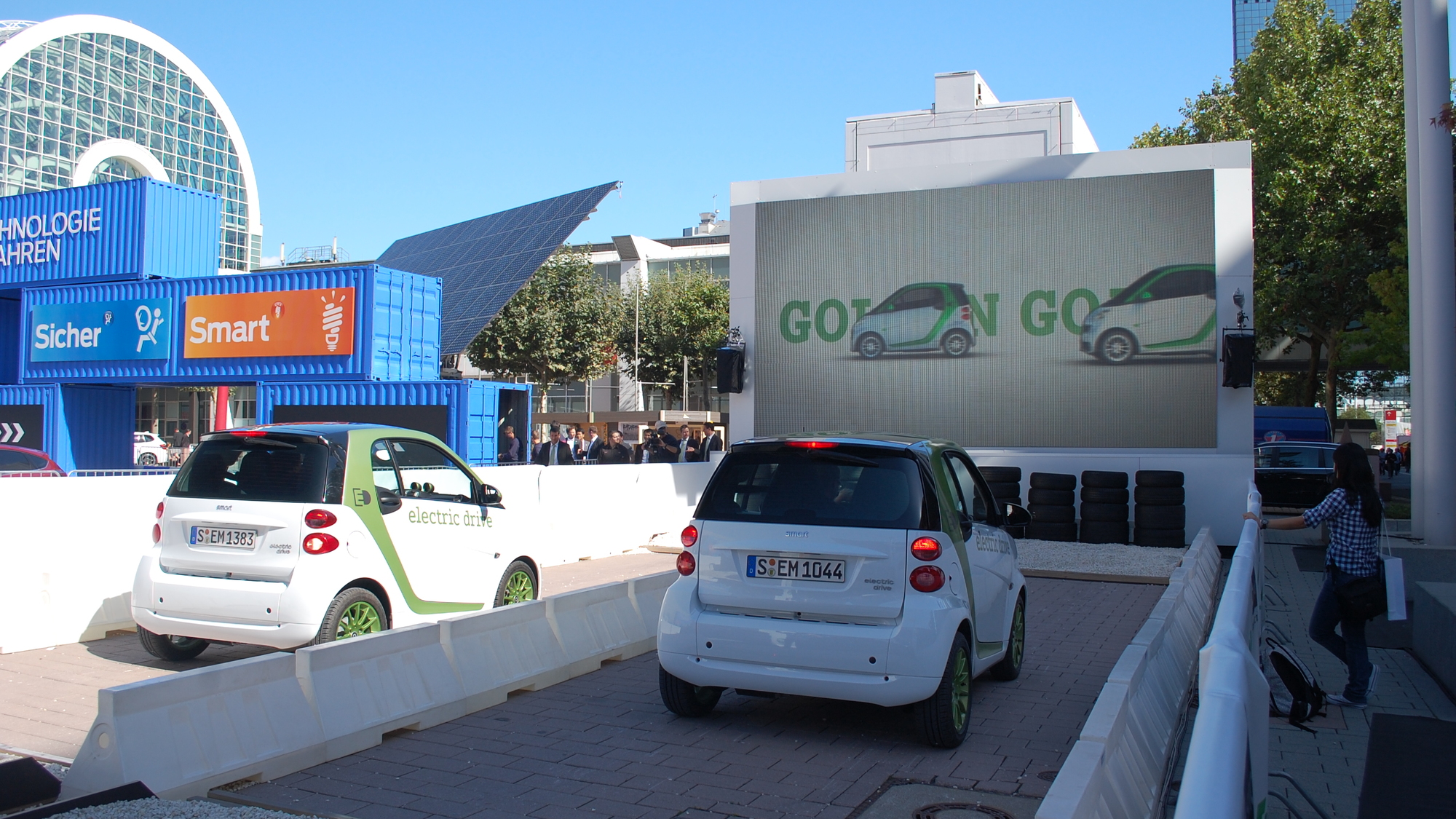 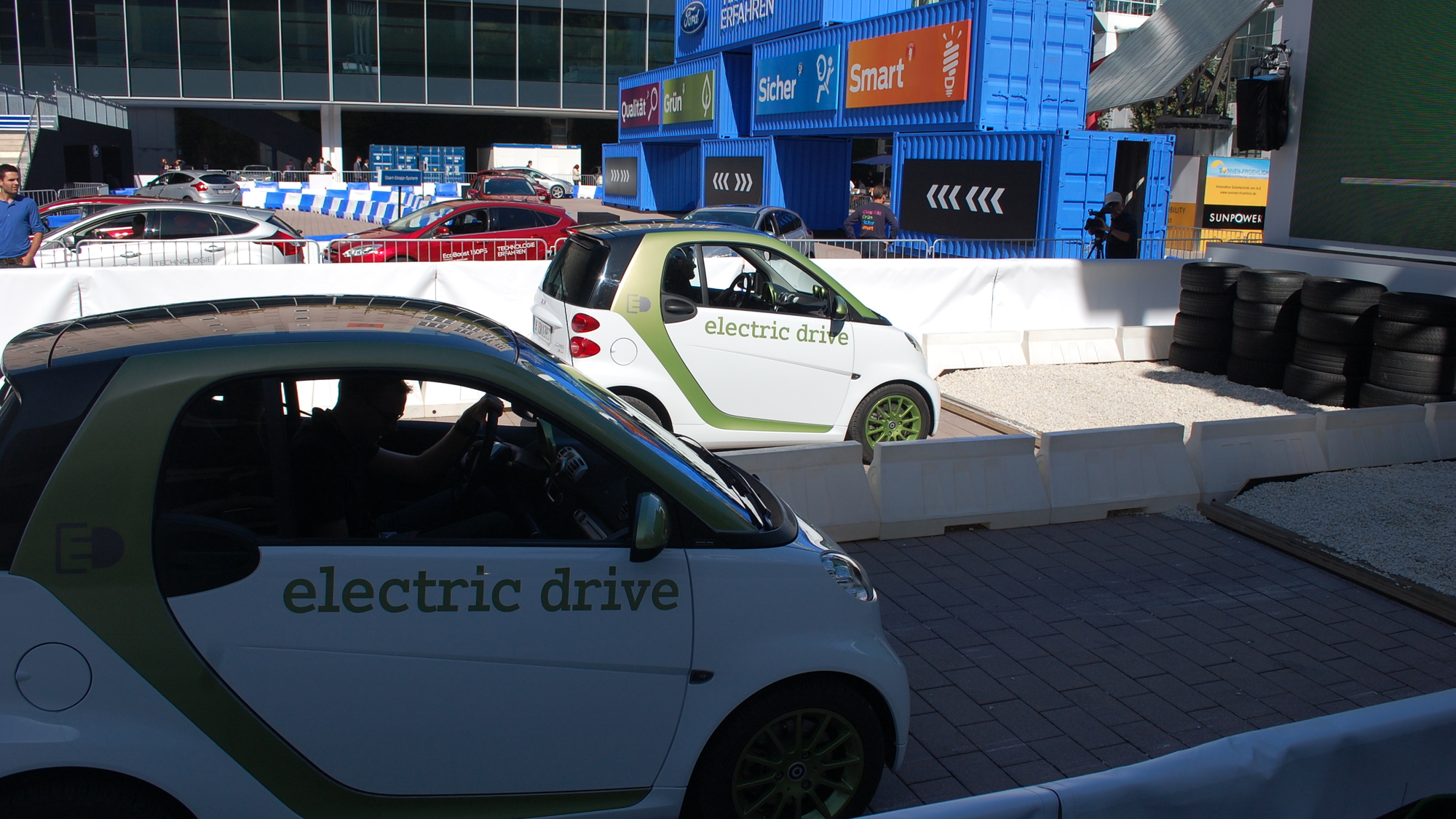 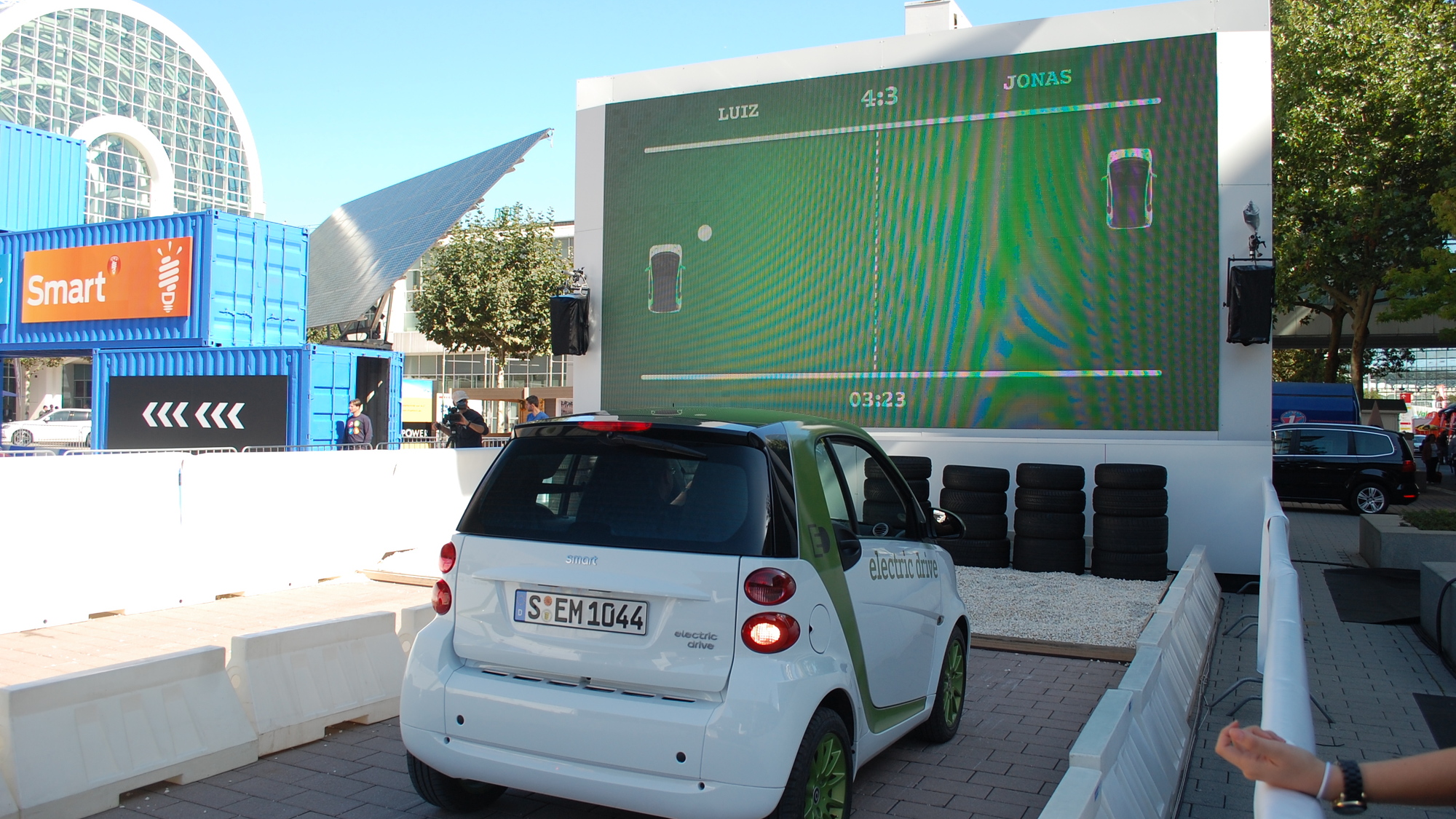 All the attention on Smart at the 2011 Frankfurt Auto Show might have been directed at the Forvision electric drive concept and the latest, third-generation 2012 Smart Fortwo Electric Drive, but Smart still had a use for the previous version.

Nestled next to a Ford driving experience was "Smart Ball". If you've ever played the world's first-ever computer game "Pong" then you'll be very familiar with Smart Ball. A large display screen showed two "bats" in the shape of Smarts, and a ball bouncing between the two like a primitive game of tennis.

No arcade-style joysticks here though.

That is, unless you consider a small, park, reverse, neutral and drive gear selector to be a joystick - as rather than a controller, players used a whole Smart Fortwo Electric Drive to play the game.

A small course was laid out for each player, with a gravel trap at each end in case the driver got a little too enthusiastic. Once the game starts a ball heads towards one player and the forwards and backwards motion of your car corresponded to the graphic on the screen.

Unfortunately we didn't have time for a go ourselves, but it was hilarious to watch the Smarts screech backwards and forwards to hit the little pixellated ball back and forth on screen.