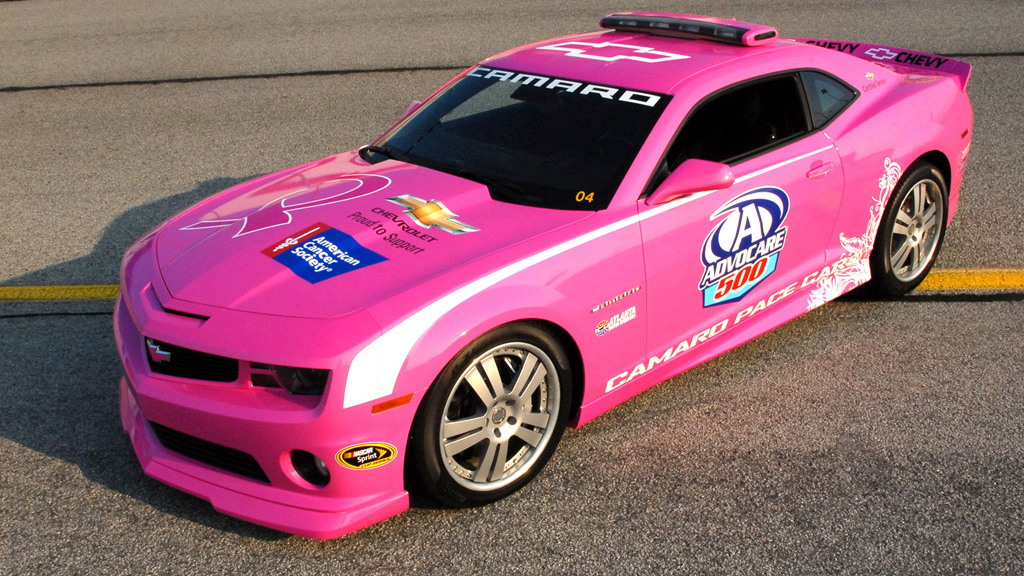 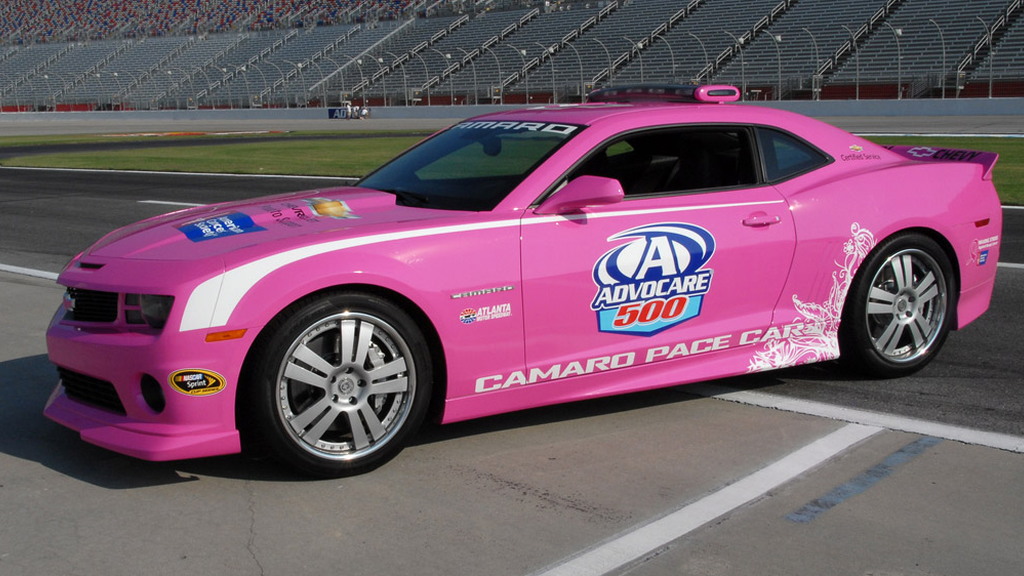 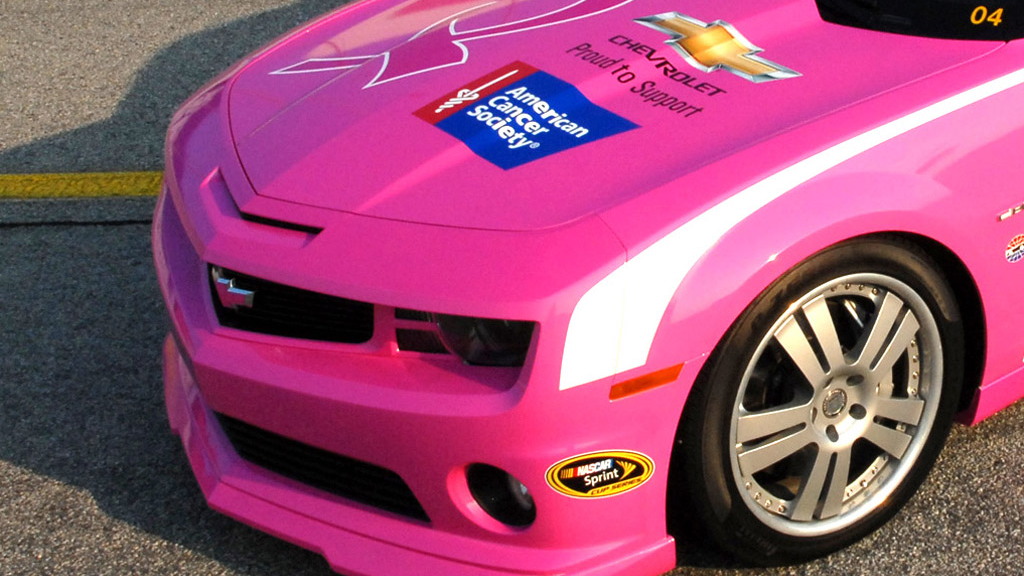 3
photos
Chevrolet has rolled out a one-off pink Camaro that is pacing the latest two NASCAR Sprint Cup Series races in an effort to generate awareness, as well as some much-needed funds, for the fight against breast cancer.

The automaker will make a $200 donation to the American Cancer Society for each caution lap that the specially-themed pink Camaro SS pace ran at Atlanta Motor Speedway and the upcoming race at Richmond International Raceway.

Chevrolet’s commitment to battling breast cancer won't stop at the track, however, as the automaker is also joining forces with the American Cancer Society’s Making Strides Against Breast Cancer initiative leading up to October, the same month that the Chevy brand officially turns 100 as well as Breast Cancer Awareness Month.

There’s nothing like a bright pink Camaro to get one’s attention, good or bad, but at least it should bring some awareness to a worthy cause.