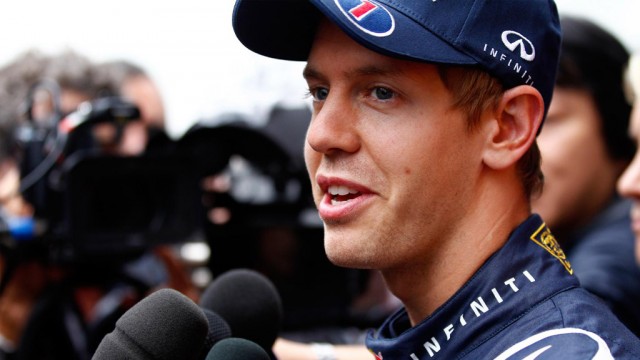 Despite a four week break, Red Bull Racing ace Sebastian Vettel doesn’t appear to have lost any of his edge, with the German youngster managing to hold of McLaren’s Lewis Hamilton to take pole after a dramatic Q3 qualifying session today at the 2011 Formula 1 Belgian Grand Prix.

Rounding out the top three was fellow Red Bull Racing driver Mark Webber, who posted a quickest time of 1:49.376.

Moving down the ladder, we have Ferrari’s Felipe Massa set to start at fourth on the grid, followed by Mercedes GP driver Nico Rosberg at fifth.

Sadly, one of the drivers that could potentially stir things up on race day, Fernando Alonso, will start in his Ferrari at eighth spot.

Going into tomorrow’s race, Sebastian Vettel leads the point’s table in the 2011 Formula 1 Drivers’ Championship with 234 points, which is 85 ahead of second placed Mark Webber and 88 points ahead of third placed Lewis Hamilton.

In the Constructors’ Championship, Red Bull Racing remains the clear leader with 383 points, followed by McLaren on 280 points and Ferrari on 215 points.