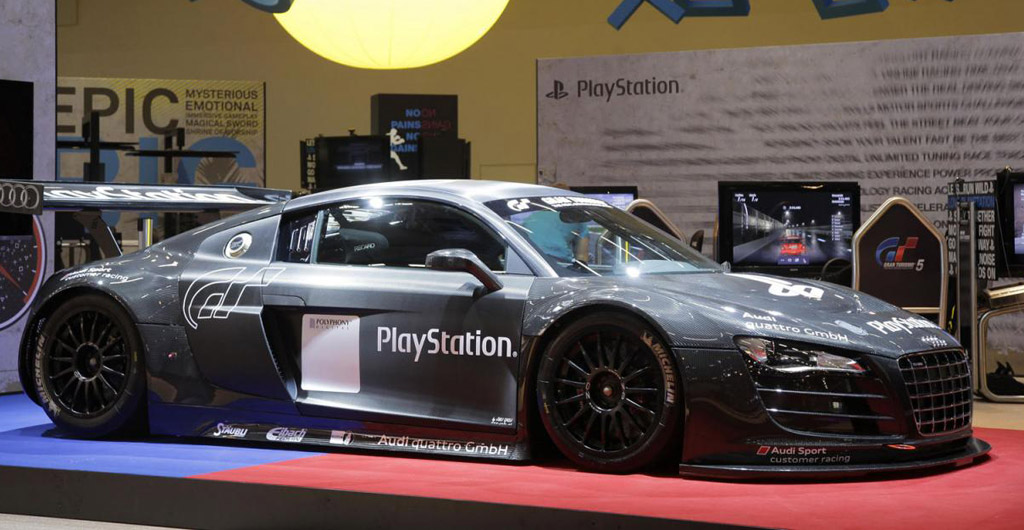 This week saw the unveiling of a new racing simulator at the annual Gamescom video games trade fair, which took place in Cologne, Germany.

While this isn’t particularly interesting automotive news in itself, the fact that the new simulator sports the style of the Audi R8 LMS race car certainly is.

In the Audi R8 LMS racing simulator, players can experience Gran Turismo 5 as though they are really sitting in a race car.

Together with Sony, Audi went to great lengths to provide fans with a true motorsport feeling in the new R8 LMS racing simulator. In fact, Audi’s special vehicle division quattro purpose-built the simulator vehicle from the ground up rather than just taking a production car or race car and converting it.

When fans climb into the carbon-fiber infused simulator with PlayStation graphics, they feel as if they were on the starting grid. They sit in a bucket seat similar to the one found in the real race car. A co-driver can also get in on the action because a second seat shell is installed in the cockpit. One key difference is the roll-cage, which has been simplified to make it easier for the players to get in and out.

The best part, however, is once the game starts up. The race car’s instruments show all the relevant game data, while the steering wheel, paddle shifters and foot pedals are all functional.

Finally, the vehicle dynamics effects ensures the Audi R8 LMS simulator does not sit still. Instead of the standard springs and dampers, the suspension is controlled by pneumatic cylinders, allowing body movements of up to 150 millimeters to be simulated. The physics of driving are felt in the cockpit, especially when braking, accelerating and cornering.