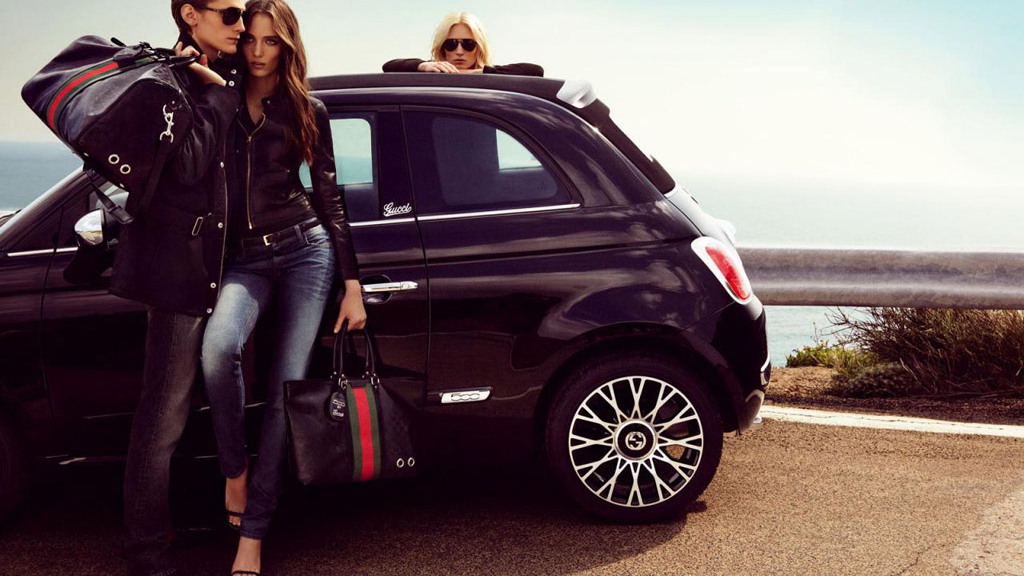 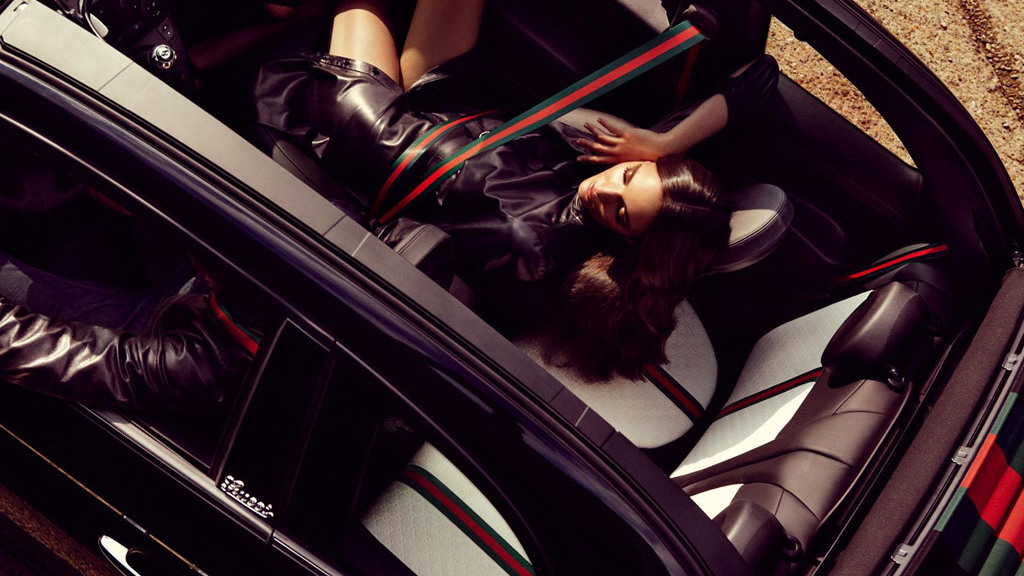 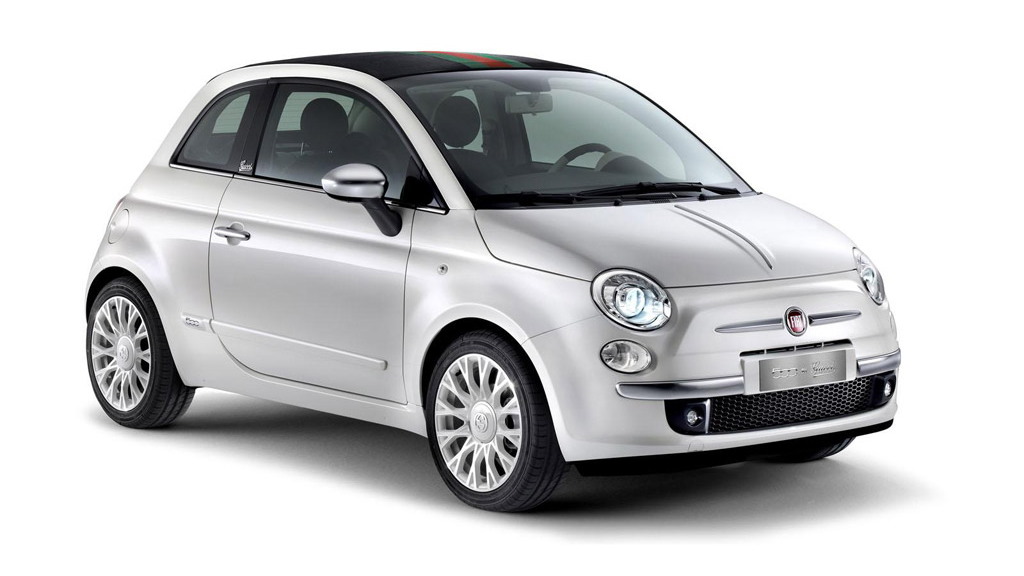 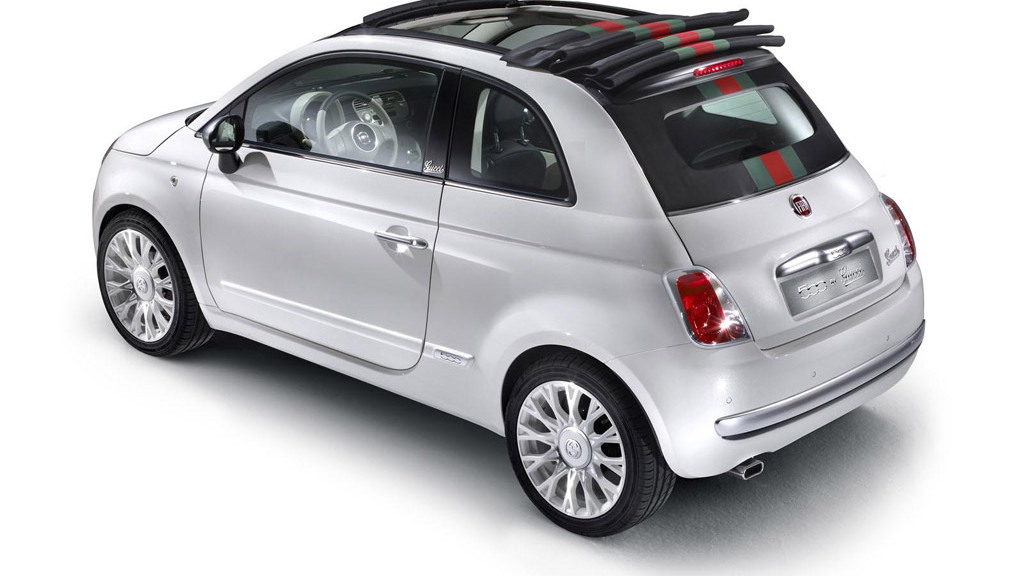 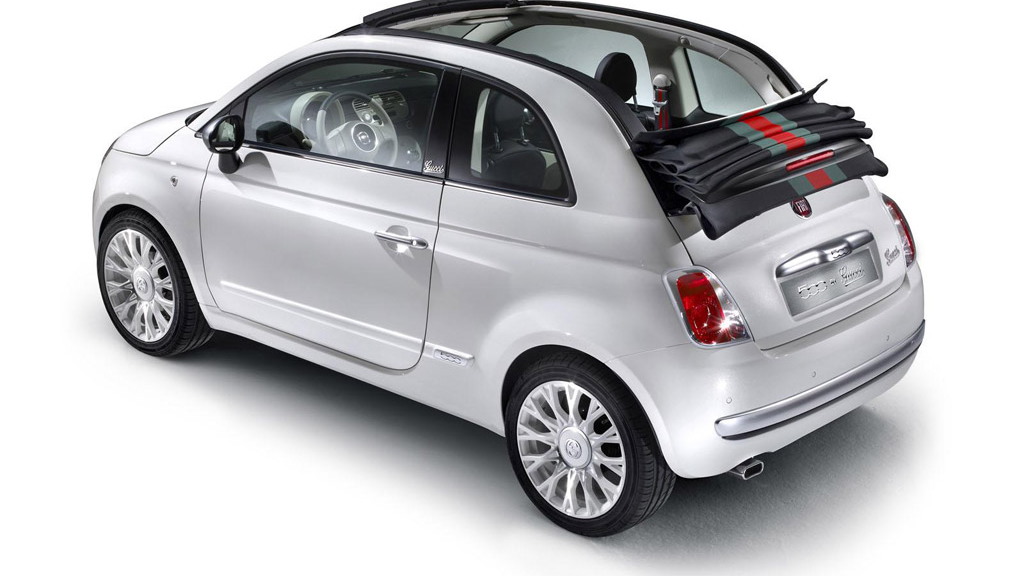 It was only a matter of time until Fiat launched a Gucci edition of its latest 2012 500 Cabrio, or 500C as it’s known elsewhere.

Back in March we saw the 500 by Gucci make its debut at the 2011 Geneva Motor Show and now just one month out from the 2011 Frankfurt Auto Show, Fiat has unveiled the new 500C by Gucci, which is about to embark on a European tour.

As its name suggests, the 500C by Gucci is a convertible version of the stylish Fiat minicar once again customized by Gucci design boss Frida Giannini in collaboration with the Fiat’s own Centro Stile design center.

The special edition will be available in two body colors: white with matte chrome-plated elements and glossy black with shiny chrome-plated accents. For both, the soft top is black with the characteristic green-red-green Gucci web pattern printed lengthwise (the same graphic pattern is sported on the side of the car).

There’s also a set of 16-inch alloys with a “G” logo on their hubcaps and the Gucci signature in italics displayed on the tailgate and door pillars.

Inside, the 500C by Gucci gets special stitching, satin and polished chrome-plated elements, a velvet-effect finish on the radio panel and two-tone Frau Leather seats with Guccissima print. The Gucci web pattern also appears on the seats, gearbox, key cover, mats and, with an innovative finish, on the seat belts.

Orders for the car in overseas markets start this month, with deliveries to commence from September onwards. Sadly, there’s no word if any are coming to U.S.