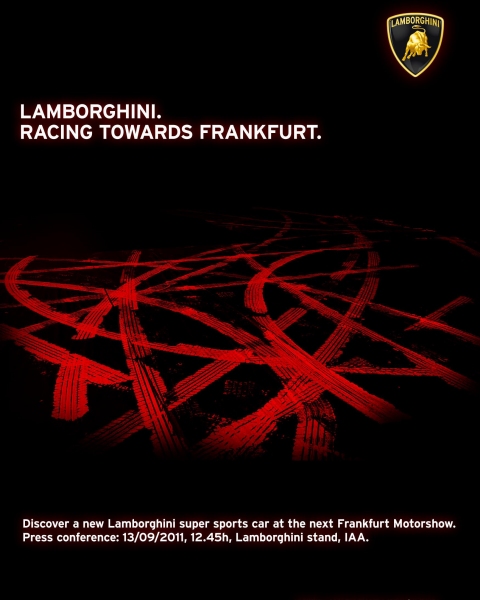 An alleged invite for the reveal of a new Lamborghini supercar at next month’s 2011 Frankfurt Auto Show has surfaced online, reigniting rumors that a production version of 2010’s stunning Sesto Elemento concept car could be on the horizon.

The key is an inscription on the invite that reads: “Lamborghini: Racing Towards Frankfurt”.

Previous comments from Lamborghini CEO Stephan Winkelmann suggested that the automaker was considering launching a limited edition version of the Sesto Elemento but that it would only be suitable as track-focused race car, as getting the carbon fiber infused car homologated for road use would be too difficult and expensive.

Such a possibility does not seem so farfetched considering the concept car is based around the Gallardo LP570-4 Superleggera platform. The only major difference is the Sesto Elemento is constructed from a new material called forged carbon, which helps keep its weight down to less than 2,200 pounds.

Additionally, with Lamborghini only taking the covers off the new Aventador LP700-4 back in March, it’s still too early for the automaker to introduce its second volume model, the replacement for the Gallardo.

Whatever Lamborghini has in store for Frankfurt, only time will tell. In the meantime, follow our complete coverage of the 2011 Frankfurt Auto Show by clicking here.