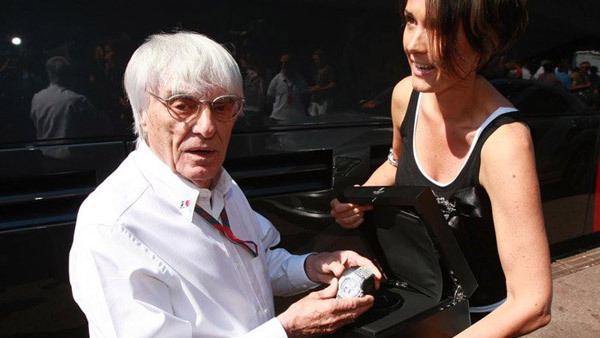 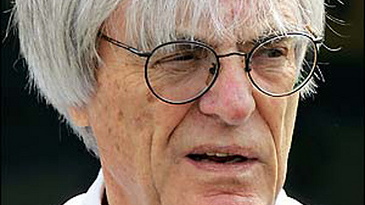 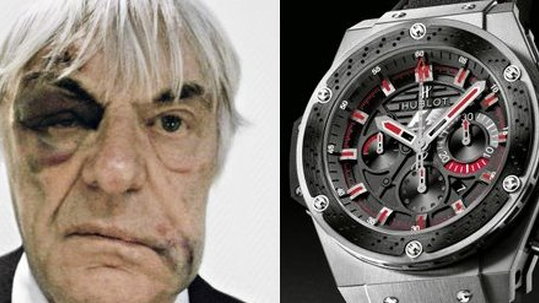 3
photos
Formula 1 maestro Bernie Ecclestone has had a bit of a rough year. After getting bashed about for his expensive watch, then brow-beaten into dropping four-cylinder turbos for sixes, and forking over the cash for the most expensive house in the U.S. for his daughter, he's now confirmed he paid a Bayern bank executive $44 million to take care of his financial troubles--but authorities are calling it a bribe.

Bernie says it's not a bribe, of course, but rather a a payoff in response to the banker's threat to cause trouble with the U.K.'s tax agency. If true, that would mean he's been the victim of a rather expensive blackmailing. If the bribery accusations hold true, that could mean prison time. Either way, it's another bad month for Bernie.

In other F1-related news, the 2014 regulations have been published, and among the high-tech engineer-speak was a golden nugget of interest: the pit lanes, from entry to exit, will require all race cars to be driven without ignition or fuel supplied to the engines. In other words, they'll have to rely on electricity--or possibly some other form of KERS/hybrid drive system--to move through the pits.

Whether the teams will let that move stand remains to be seen. Of course, by then the cars will all be turbocharged V-6s as well. With mandatory KERS. And who knows what else. It may not even be recognizable as F1 anymore--the cars will also sport eight-speed transmissions, a 15,000-rpm redline, and narrower front wings.