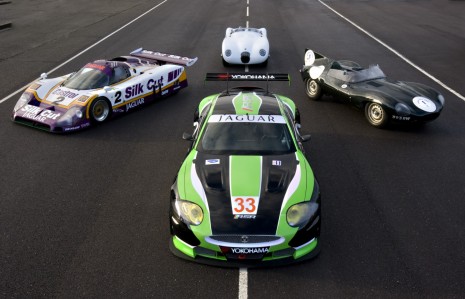 It was less than a month ago that we reported Porsche was planning a return to Le Mans prototype racing in time for the 2014 season, and now we have news of yet another automaker considering doing the same. This time ‘round its Jaguar, which is reportedly considering a return to the sport since exiting it in 1991.

AutoSport is reporting that Jaguar’s new owner, Tata, is keen to see a return to the prototype racing series with an all-new LMP1 car.

Jaguar is no stranger to the sport, with no less than seven victories at the prestigious 24 Hours of Le Mans under its belt--the most recent coming in 1990 when its XJR-12 (pictured above) cruised to victory.

The only official word is that the automaker is monitoring developments in motorsport around the world, and would be keen to make a return to some form of global motorsport.

Of course, Jaguar would certainly not want a repeat of its relatively dismal performance in the fast-paced world of Formula 1.