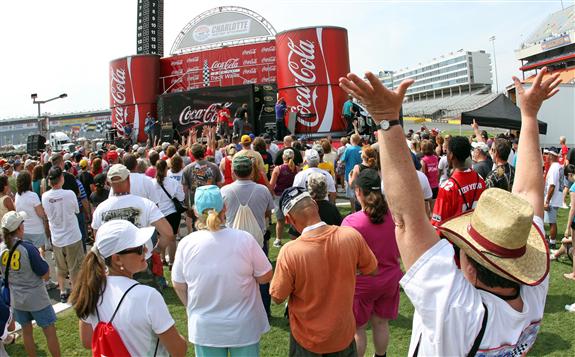 We're getting closer to race day for the Coca-Cola 600, and the Nationwide Series Top Gear 300 is coming this afternoon, so it's time to have a look at what the weather will be like this weekend--both for the racers and the fans.

It's looking like a mild weekend all around, with highs in the mid-80s and lows in the mid- to upper-60s. That means the Nationwide race will have a warm track, starting at 2:30 p.m., moving into a cooler track toward the end of the race.

For the Coca-Cola 600, the track will already be cooling by the time the race starts at 6:00 p.m., but it won't have too far to go, with the low set to reach just 69 degrees. Even so, as the sun goes down and the heat goes out of the track, look for it to affect handling and driver confidence as the race develops.

Fans should have a great weekend, with fair temperatures, partly cloudy days, and little chance of rain. A large storm system will be skirting the Concord area, however, threatening both the fans and the racers with the potential for a few damp hours should it change course.