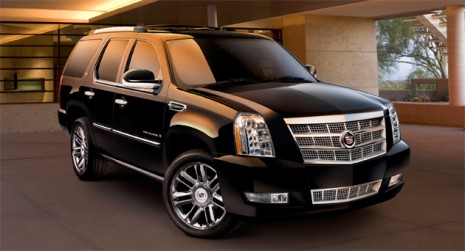 Celebrity soccer player David Beckham is no stranger to this site, having turned up in reports surrounding his ever-changing collection of luxury and performance cars since 2007. Now the Los Angeles Galaxy star has suffered a crash, managing to rear end another driver on one of the country’s busiest roads, California’s 405 Freeway, Friday morning.

Beckham was driving in his black Cadillac Escalade SUV in Torrence with eldest son Brooklyn on board when he crashed into the rear of a gold Mitsubishi driving in the carpool lane.

Fortunately, no one was seriously injured although the driver of the Mitsubishi, a 40-year old man, was taken to hospital after complaining about minor neck pain.

In the meantime Beckham will now have to trot around in one of his other cars, among which are a Jeep Wrangler, a Rolls Royce Phantom Drophead Coupe, a Porsche 911 Turbo, a Range Rover Sport, and more recently a matte gray Chevrolet Camaro SS.