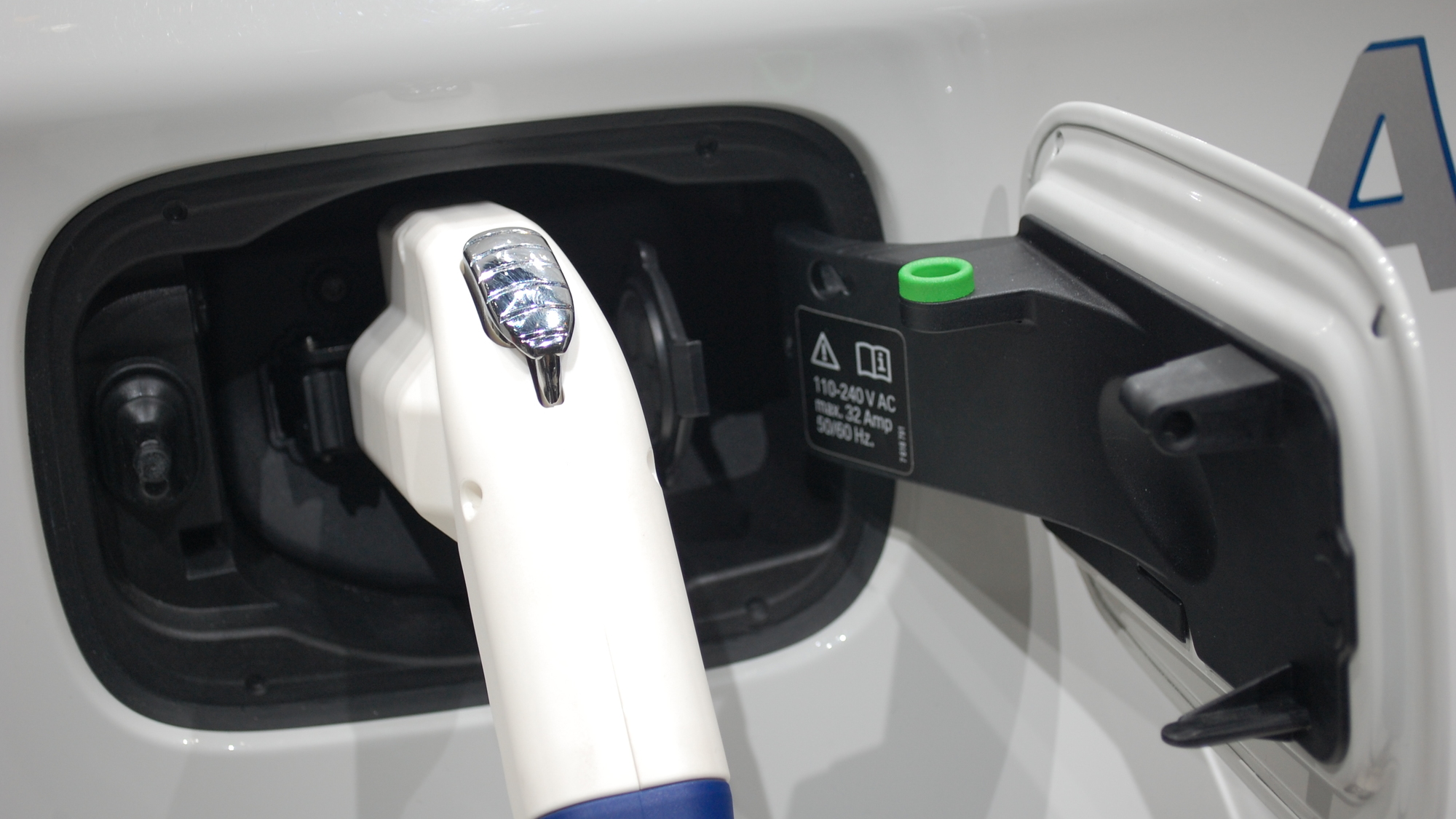 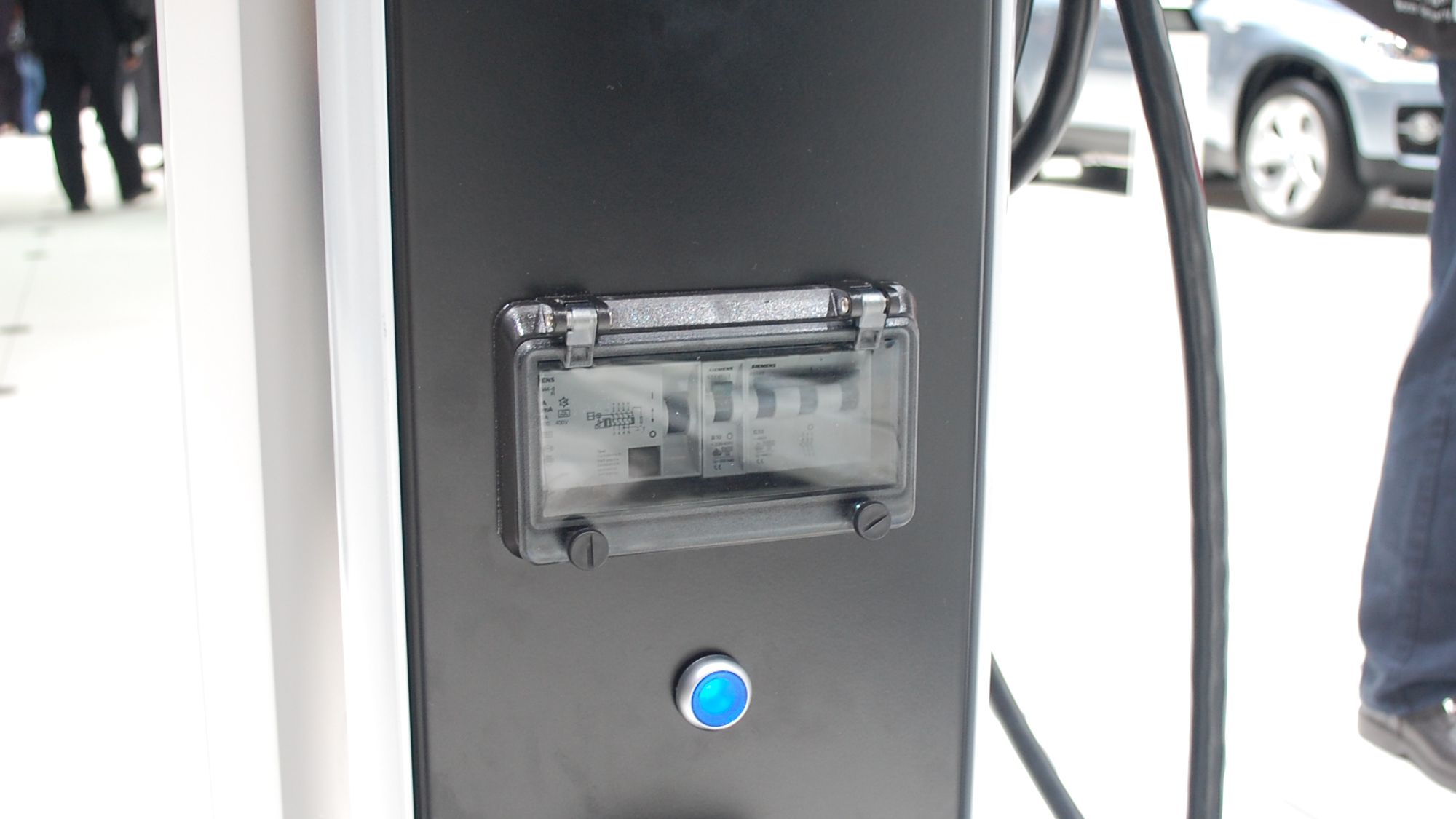 Electric cars are a unique slice of the automotive world. At once futuristic and yet the technology of today, wrapped in the politics of environmental consciousness and foreign oil dependency, EVs have a milieu all their own--and that extends to the way we talk about them. Especially when you're the CEO of a company that just launched a brand centered around EVs.

Thus we reach the present predicament for BMW North American chairman and CEO Jim O'Donnell. In a recent Detroit News interview, O'Donnell spoke frankly, saying EVs weren't right for 90 percent of the public at their current battery ranges, and that tax credits for electric vehicles should be repealed. That, of course, sent the EV world up in arms, and today, O'Donnell sent a letter apologizing for the remarks and acknowledging the importance of EVs and the work to develop them.

But was O'Donnell wrong in his first statement? Should he have been pressured to apologize? We think not, in either case.

What what WHAT!?! you scream? Or perhaps not, if you don't worship at the Temple of the Electron. Our reasoning is simple, like O'Donnell's (original) statement: for most people EVs just aren't ready for primary car duties. It doesn't disparage the nascent segment to admit its current shortcomings; nor does it imply we shouldn't be working to achieve the goal of an EV that is right for everyone. It simply states the situation as it sits right now.

The only fully electric vehicle in any sort of volume production right now is the Nissan Leaf. Its range is about 100 miles. Most people in the U.S. need to drive farther than that at some point during their week or month, so the Leaf won't work for those people--as a primary or sole car. Most people can't afford a $30,000 car for commuter duty and another for longer trips. Chevrolet's Volt fixes that problem by compromising its purity somewhat, allowing owners to extend their range through gasoline. That's the whole premise behind the Volt: a limited-range EV simply won't work, all the time, for most buyers.

EV advocates are quick to point out that most daily commutes are well within the range of the Leaf, or even the all-electric range of the Volt. Well and good, but what happens when I need to visit Aunt Sally in Dubuque? Do I rent a gasoline-powered car? Do I plan on making 5 stops along the way, presuming I can find a charging station or outlet? How many days does that add to my trip?

There are exceptions to the rule: Tesla's Roadster, for example, can go up to 240 miles on a charge. That's as far as many gasoline-powered cars, making it a reasonable alternative as a primary vehicle--for those with the cash to buy it and the patience to wait for it. To date, fewer than 2,000 of the $109,000 cars have been delivered since it entered production in 2008--and it takes about 10 hours to fully recharge at a standard outlet.

So the facts of the matter make it plain: if you, like most people, need more range than the current production EV offers, they "won't work" for you, as O'Donnell said. He's right. But being right doesn't necessarily mean he's in the right, so should he have apologized?

No. A remark taken out of context, or one not fully understood (or intentionally misunderstood) is not something for which one should have to apologize. Not even when the speaker is the CEO and chairman of the U.S. division of a company that's planning a whole range of electric-only vehicles. The whole point of BMW's program to date (including the MINI E and BMW ActiveE) has been to collect data on driving habits, develop its battery and drive systems, and figure out exactly what does work for people in the EV segment.

In light of BMW's testing program and O'Donnell's certain familiarity with it, his words ring not of of vindictiveness or malice, but of data and considered opinion. That data, as interpreted by the man running the show, says EVs aren't ready for "at least 90 percent and maybe more of the population." That statement was made statement made in refutation of Renault-Nissan CEO Carlos Ghosn's prediction of EVs reaching 10 percent of global vehicle sales by 2020, which O'Donnell felt was too optimistic. O'Donnell isn't alone in that evaluation; our own green-car expert John Voelcker has come to similar conclusions.

Should being honest about the current state of a field his own company is working hard to improve require an apology? Would we, as enthusiasts and participants in the automotive dialogue, be better served by marketing gloss and promises for the future? By some half-truth spoken with full knowledge of the reality, but disregarding it for political or competitive advantage?

The second issue with O'Donnell's statements relate to his position on tax credits for EVs. Arguing that it's too early to place such large bets on one technology, to the detriment of other, nearer-term technologies that stand a legitimate chance of reducign pollution and emissions--clean diesels, among them--O'Donnell said, "I believe in a free economy. I think we should abolish all tax credits... What they are doing is putting a bet on technology, which is not appropriate. As a taxpayer, I am not sure it is the right way to go." In the interview, O'Donnell made it clear that these were his personal opinions. Opinion or not, O'Donnell makes a fair point--EV tax credits tilt the field, making cars that would otherwise be at significantly higher price points competitive with alternative solutions, including diesels.

While it's O'Donnell's opinion that tax credits are an early gamble, it's true that electric cars get more advantage from the system than any other. It's also true that diesels could offer a huge improvement in fuel economy in a manner that fits more Americans' lifestyles right now. The expense of a diesel powertrain, especially one engineered to meet the U.S.'s stringent emissions standards, is high, making them uncompetitive with gasoline-powered cars in most cases. That, of course, makes diesel a prime candidate for tax incentives as well. The same reasons justify the EV tax credit. Even more, diesel, unlike electricity, already has an established distribution method for vehicles, diesel cars can travel even greater ranges than most gasoline cars, and diesel can (and is, elsewhere in the world) implemented with minimal costs or efforts in engineering other solutions for accessory systems, transmissions, and crash testing requirements. It is, in short, the more practical near-term method to reduce emissions and fuel consumption.

Of course, there are many goals and many problems to solve in this area: carbon reduction, cutting overall pollution, encouraging adoption of greener vehicles by the public. Which of these is most important? Which can the government help to solve, and which are best left to the mercies of the market? Good questions all, and not fully answered by either O'Donnell or those against his position on tax credits.

Amidst the wailing over O'Donnell's candid opinion, EV advocates find him hypocritical in saying BMW will accept tax credits for its EVs while calling for an end to all such credits to level the field. Is it hypocrisy to take advantage of the uneven landscape when engaged in the competitive market? If so, it's a hypocrisy forced upon O'Donnell by the government in order to do the work his company is doing in the field. It's one thing to argue for the world you wish existed, and another to live in it. Above all, it's a pragmatic response to a complex situation.

That lesson is one the EV advocates would do well to take to heart in their own cause. Berating, even belittling, O'Donnell for stating his (well-informed) opinion on the current status of electric cars is a response at best founded in the emotion for their vision of the future; at worst, it's a response founded in politically-motivated one-upmanship that does a disservice not only to those that feel as O'Donnell do, but to the future of electric cars themselves. To push the issue in such a manner implies that EVs can't survive on their own merits, to rise or fall with the needs and preferences of the buyer--the people that will actually use these cars to conduct their lives. It as much as admits that EVs, in fact, aren't ready for widespread use, or any use at all, without government assistance. Worst, it drowns the voice of the rational, realistic electric car advocate in the noise of the rabid fringe.

That, perhaps, is the greatest wrong of all in this debate, and those who have taken such positions might do well to apologize for their own hypocrisy, as it's spoken not out of a genuine interest in providing mobility in the most responsible manner, but out of self-interest, personal bias, and ideology.