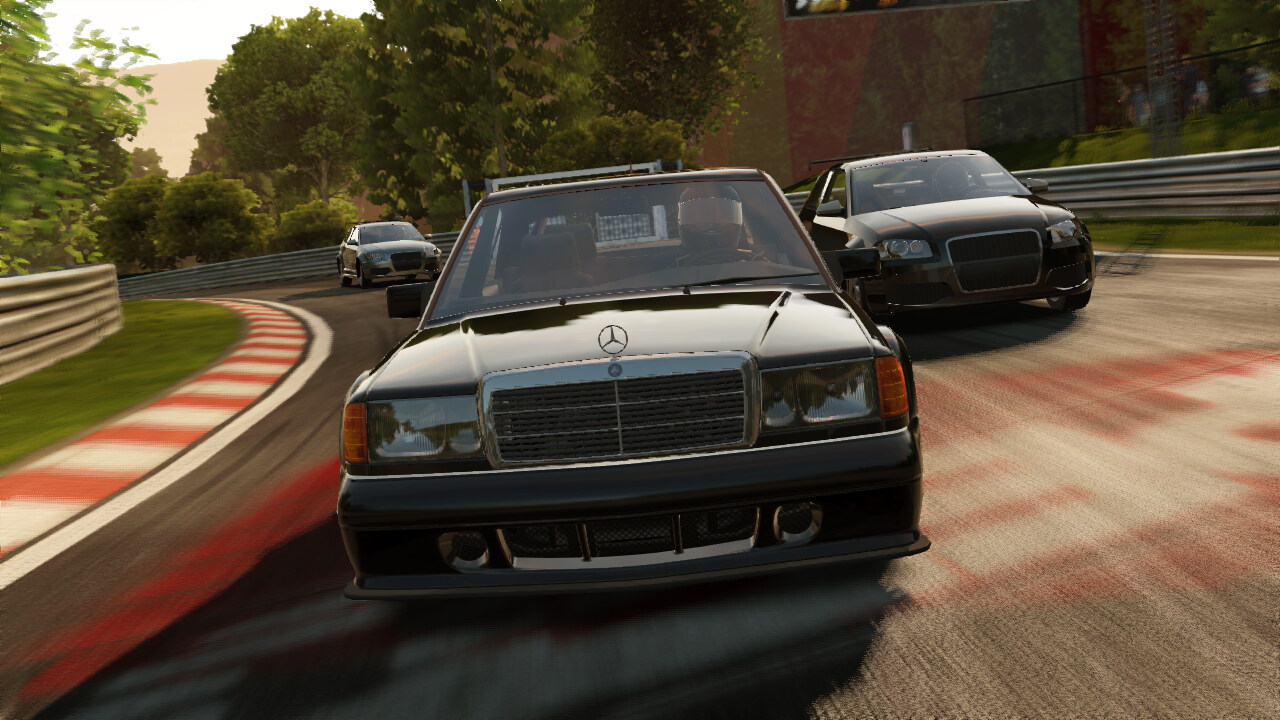 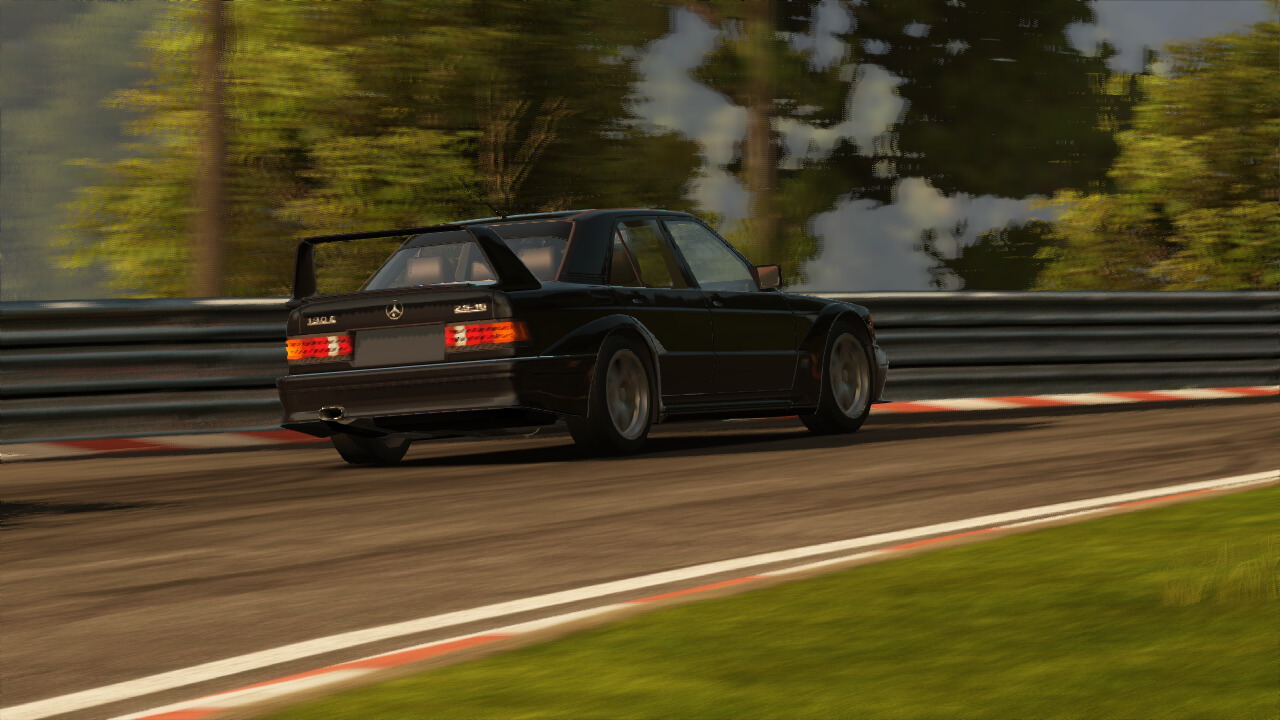 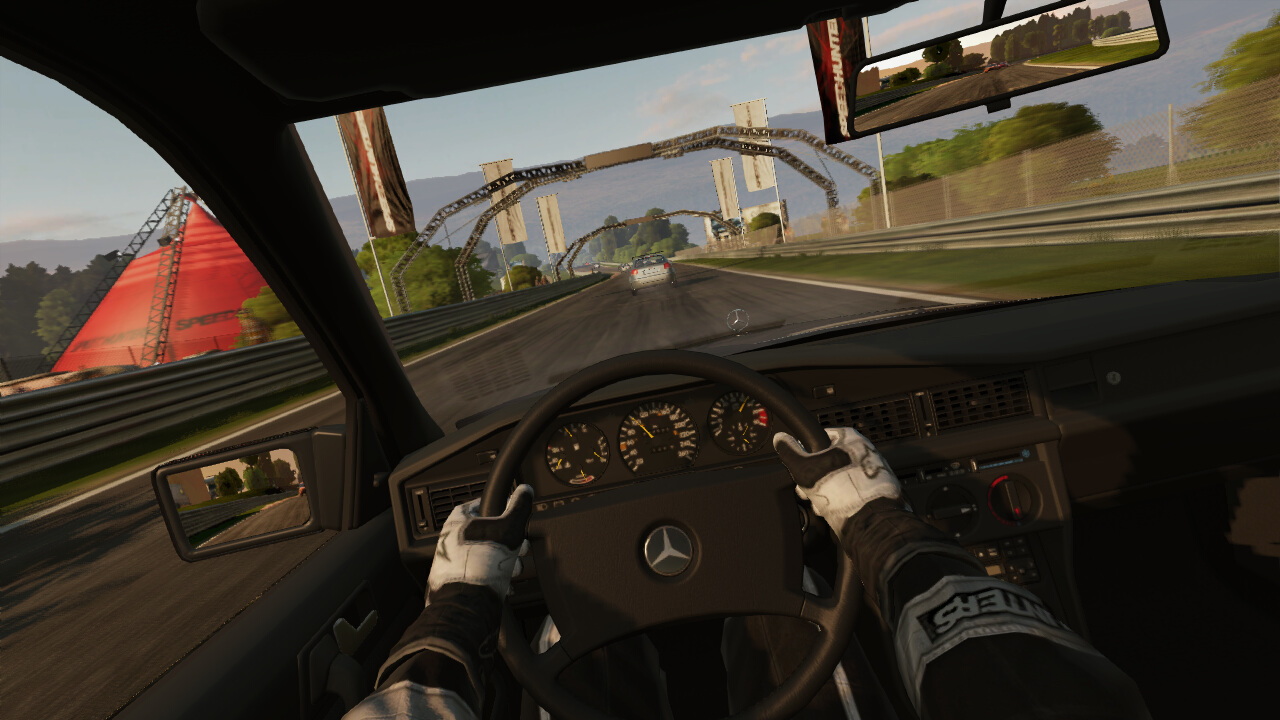 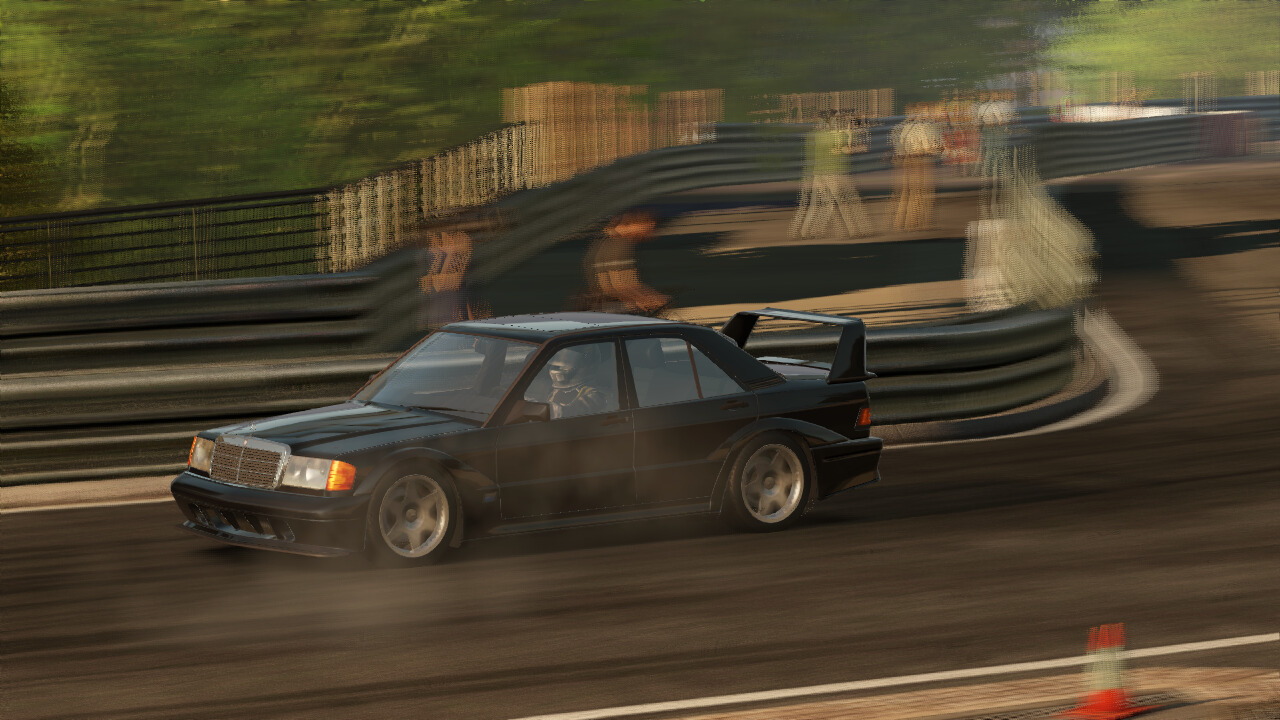 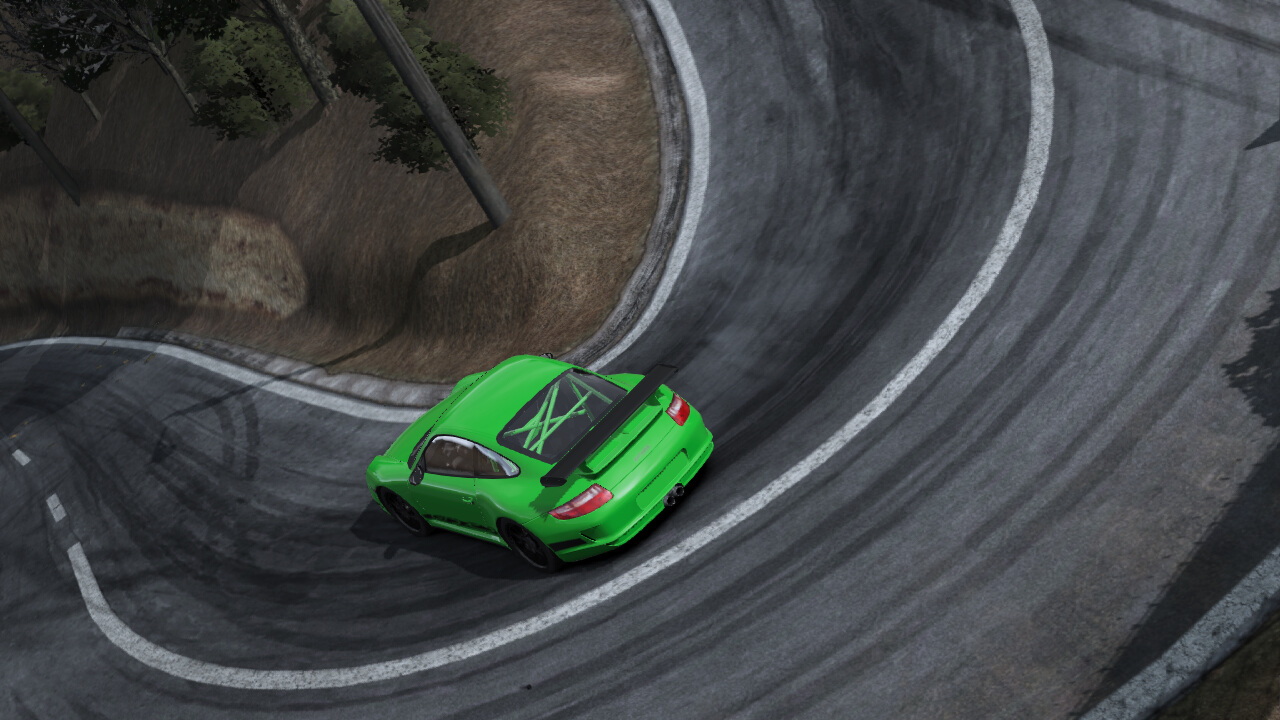 Brushing the red line, grabbing top gear and clipping the apex, AllCarTech brings you our full review of the latest racing title to hit your PlayStation 3, Need For Speed: Shift 2 Unleashed. Last week we brought you our first impressions of the EA Games and Slightly Mad Studios racer and with a few more hours behind the wheel, we're ready to bring you our full test.

There are two main types of Need For Speed game. The most well-known is the street racing series that have been giving gamers a rush of adrenaline for well over a decade. Always popular, the series really took off around the time that The Fast And The Furious popularised the street racing and tuning culture, and the Underground games were almost a videogame take on the F&F films.

The Hot Pursuit games put the emphasis on running from the cops in the latest supercars. More recently though, we've seen the introduction of the Shift series. Rather than illegal street racing, Shift focuses on a bona fide (and entirely legal!) racing career, swapping public roads for circuits and driver rivalries for championships.

Shift 2 Unleashed (S2U) is a development of the theme, taking on the Race Driver series at its own game and offering a less difficult (and perhaps more satisfying) racing experience than driving sim Gran Turismo 5. Your goal is to reach the FIA GT1 racing series, testing your mettle against Maserati MC-12 GT1 cars and more.

Chances are, if you find yourself frustrated with Gran Turismo 5's style of gameplay and endless grinding to generate enough cash to buy your dream car, S2U will prove an entirely refreshing experience where cash is easy to come by and you can be in some pretty hot metal within an hour of firing the game up.

You take to the track in a Need For Speed Nissan GT-R to determine your level of skill, and after a lap or two the game recommends some difficulty settings with options available for steering and braking assistance, traction and stability control, anti-lock brakes and other driver aids. You'll also get some money to assist with the purchase of your first car.

The choice is good - you won't be starting in a depressing 1980s hatchback here - and you can select from all manner of European hot hatchbacks, Japanese sports cars and more.

Races award you cash and experience points (XP), both of which mean prizes. Playing through the game unlocks vinyl decals, greater choice of cars and even prize cars. Within a few races you'll already be receiving some pretty tasty metal and earning enough money to upgrade your cars to full-blown racing machines.

Increases in XP allow you to level up, unlocking further series and awarding a hefty cash bonus each time. After five or six hours playing, we're rolling around in over half a million virtual dollars so you'll not be left wanting for cash to buy that brand new Pagani Huayra you've had your eye on...

Graphics first: If you already own the first Shift title then you might not see too much of a difference in S2U, but that's not to say it isn't a great looking game. The cars and courses are detailed and whether you're sitting still or whizzing along at high speed you won't be disappointed. The cars are well modelled and the interiors look great, and the real-life courses seem pretty close to the actual tracks, if not quite as realistic as you'll find in Gran Turismo 5.

You can make best use of the graphics in the game's photo mode, but it feels a little tacked-on. It's sometimes difficult to get the shot you want, the camera only having a limited range of movement. As you can see from our images though, it's still possible to get some good (and quite realistic-looking) in-game shots.

The process for saving your shots is a little long-winded. All shots are saved to your 'Autolog' profile with other personal game data, and from there you have to share them via your online EA Games profile, where you can finally save them to your computer. Why no straight to USB option?

The game's customization options are satisfying to use and less geeky than those in Gran Turismo, so most players should be able to get to grips with them.


In the driving seat

Car handling in racing games is very much an acquired taste. Some gamers prefer their games to offer a realistic experience, others want a more arcadey and accessible feel. Shift 2 Unleashed straddles this line. The cars certainly don't handle like their actual counterparts, but that's not to say you can get away with driving everywhere flat out. This approach will result in impressive accidents and very little winning.

As suckers for GT5's realistic handling model, we've found S2U to be quite frustrating at times. You aren't as much on a knife-edge as you are in Gran Turismo which for the more casual gamer will result in more fun and less time spend going in circles, but as a result all the vehicles feel a little mushy and imprecise to drive. When you do make a mistake and leave the circuit it's generally because the car hasn't reacted the way you wanted it to.

As a result, nailing the perfect lap often feels like it's been achieved more through luck than talent. The caveat to this is that it only applies if you're using a standard controller.

With a wheel, it's a lot of fun and gives you back a chunk of the control and precision you're missing when you just use the PS3's normal Dual-Shock controller. It becomes much harder to make a case for Gran Turismo if you've played Shift 2 Unleashed with a wheel and with most of the driving aids switched off - it's that much of an improvement for the more serious gamer.

Drifting in S2U is great fun too, but this time we'd dump the wheel and go back to the dual-shock. The in-game physics feel significantly altered in the drifting mode and the wheel no longer feels like a suitable method of control. The 900-degree motion of your wheel is condensed into the first half turn of lock making it very hard to be precise, and it becomes as frustrating as the regular modes without a wheel. Best have two different controllers handy, then.

The in-game sounds are fantastic, especially when you move up to the proper racing cars. There's great depth to the sound and you can hear everything from transmission whine to the popping and banging of your exhaust every time you lift off. Tire screeching sounds just right and when you go off-line you really fear for your car as gravel rattles against the underside.

It's also far more satisfying as an actual racing game than GT5. It's much more difficult to win races and the AI cars make a real effort to squeeze past you through the smallest gaps. They're not adverse to tipping you off the circuit either, which is irritating but at least they're doing it on purpose rather than because they're welded to a racing line à la Gran Turismo.

We started off with the new head-cam driving view, but quickly switched to something else. It's a nice idea (if not a completely new concept) but it's poorly executed. The biggest issue is how your driver peers towards the apex of a corner as you approach it. It's redundant, because you look towards corners anyway with your actual eyes, and it's also confusing as it makes you feel like the car is sliding even when it isn't, so invariably you correct the non-slide and end up missing the apex anyway. Do yourself a favour and switch to the regular in-car view or one of the exterior views.

So, the new Need For Speed, any good? In a word, yes. If you're even remotely interested in racing games you should be giving it some consideration. It's got a fantastic selection of realistic cars and tracks, both of which look fabulous. The racing is close, and you really do feel immersed in the experience.

It's not faultless. It's an accessible game but we still find the car handling imprecise and frustrating - we'd like to see some middle ground between needing hours of practice Gran Turismo-style and sludgy-feeling cars that lack any uniqueness to drive. If you just can't get to grips with GT5 realism though it could be the game for you.

And one thing is for certain - for the majority of players, Shift 2 Unleashed will offer more fun, more of the time than a game that demands more from the player, and for that reason it's well worth picking up.