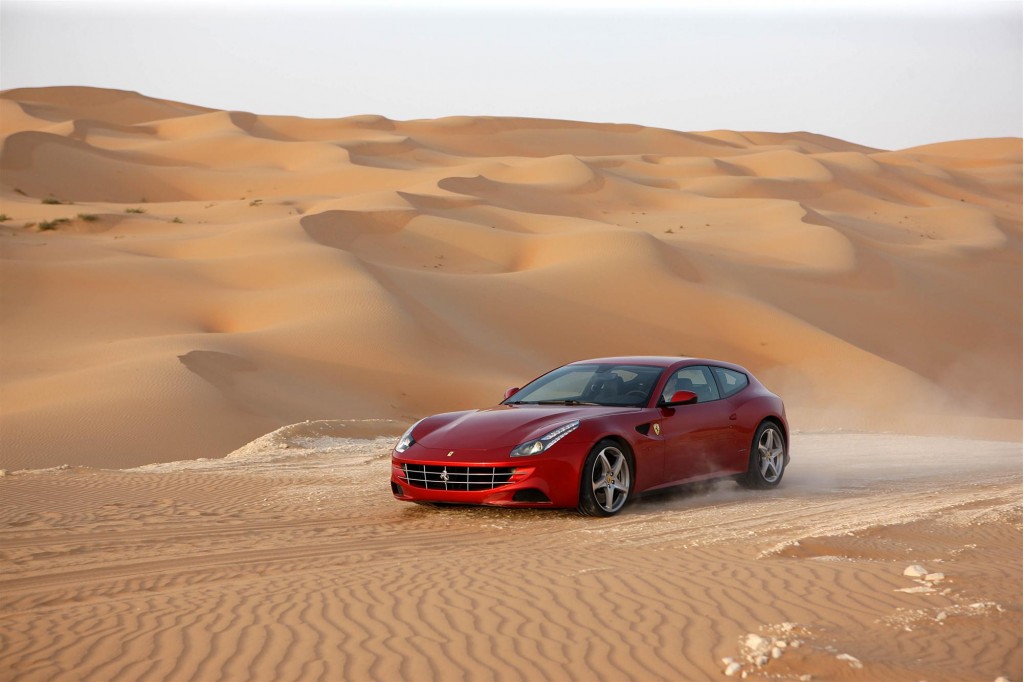 Though it will go on sale later this year to replace the 612 Scaglietti, the Ferrari FF is not available to the well-heeled buyer just yet. But that certainly hasn't stopped Ferrari from filming all kinds of footage of its first four-wheel-drive vehicle.

We've already seen a handful of videos of the concept, including an official promo that showed the four-wheel-drive system taking on everything that the world could throw at it: high-alpine powder; desert sand; winding, mountain roads; dirt and track.

The FF video barrage continues this week with a trio of videos that give us a closer look at the FF.

The first video details the heart and soul of the car: its 651-hp 6.3-liter V-12 engine, seven-speed dual-clutch gearbox and driving dynamics. The piece takes us beyond the spec sheet and shows some of the features of the engine like its components, high-pressure injection and compression ratio. It breaks down the transmission, multilink suspension and Brembo brakes in similar fashion.

The second video details the car's interior. While the rear hatch of the FF has proved to be controversial, it will ultimately give the FF a very un-Ferrari-like amount of passenger and cargo space. The short, one-minute clip shows how you can transport your family, luggage, pets and other things in a variety of configurations in the 2 + 2.

The third video really shows just how film-happy Ferrari is lately; it's a 'making of'-style video, showing the crew behind the official promo video in action. While there are no interviews or narration, the video takes you behind the flashy scenes and glam and shows the hard work that goes into making just three minutes of footage--hard work that's exacerbated when you're filming in locations that range from the deserts of Abu Dhabi to the Alps.

That pretty much sums up what you'll see, but as with any Ferrari video, the fun is in actually seeing it. Make your next seven minutes or so some of your best-spent time of the day...