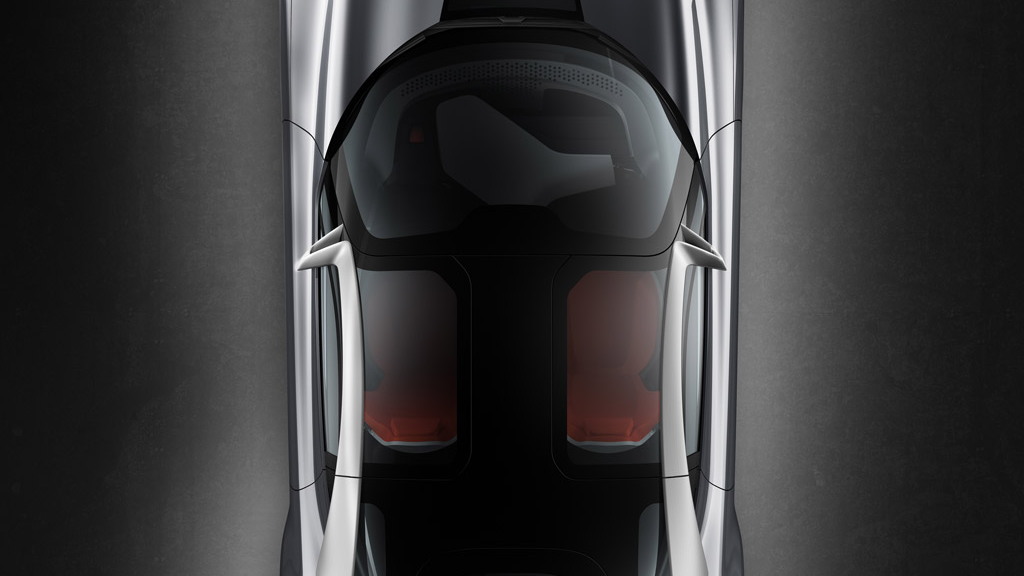 8
photos
This is the new 2011 Saab PhoeniX Concept, the first design penned by Saab’s recently appointed design director Jason Castriota. You may recall that Castriota was the man behind the striking Bertone Mantide and that concept’s influences can clearly be seen in the new PhoeniX.

The latest Saab design study is built around a new architecture that will underpin the next Saab 9-3 model and features the automaker’s latest design language: aeromotional. The clean, muscular shape enables an exceptionally low drag co-efficient of just 0.25cd and also explores the potential for airflow management through the use of distinctive, side-mounted ‘winglets’. According to the automaker, the new grille and bonnet forms are among the styling themes likely to be seen in future Saab production cars.

Butterfly opening doors give easy access to a 2+2 cabin that blends simplicity with technology. It has a minimalist, stripped out feel, and debuts Saab’s latest ‘IQon’ infotainment and communications system.

Saab IQon is a new car communications platform using Google's AndroidTM operating system. Based on ‘open innovation’ with third-party service providers and applications developers, it comprises an embedded computer platform that seamlessly connects to the Internet when the car’s ignition is switched on. The touch-screen provides access to audio and entertainment streaming, online navigation, on-board music storage and downloading of applications. Essentially, IQon turns your car into one big smartphone.

Under the pretty sheet metal is a hybrid drivetrain similar to PSA Peugeot-Citroen’s Hybrid4 system. Essentially, an electric motor is used to power the rear axle, while a compact turbocharged four-cylinder engine drives the front one. The gasoline engine displaces 1.6-liters and produces 200 horsepower thanks to the aid of a turbocharger. The electric motor is rated at 34 horsepower and is powered by a small battery back that’s aided by regenerative braking.

The result is an intelligent, hybrid all-wheel drive capability that enhances driving pleasure while reducing fuel consumption. Combined fuel economy is a projected 56.5 mpg for the European combined cycle when equipped with a six-speed manual transmission.

The driver can select one of three eXWD operating modes. The default Eco mode delivers optimal fuel and CO2 efficiency with power assistance to reduce load on the petrol engine at low speeds; Sport mode includes maximum power assistance with torque vectoring across the rear axle for greater chassis control; and Traction mode enables optimal grip at take-off and in slippery conditions.

The good news is that, inside and out, the 2011 Saab PhoeniX Concept showcases new design directions and technologies that will be part of forthcoming Saab products.

For more details on Saab’s future technology and models, check out our previous post by clicking here, and for our complete coverage of the 2011 Geneva Motor Show, click here.