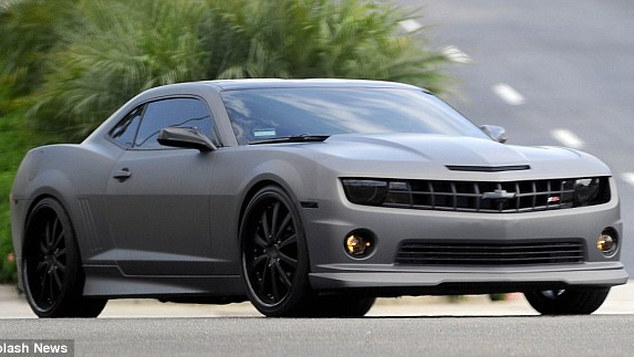 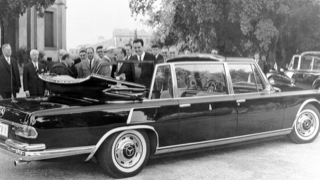 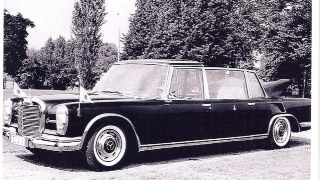 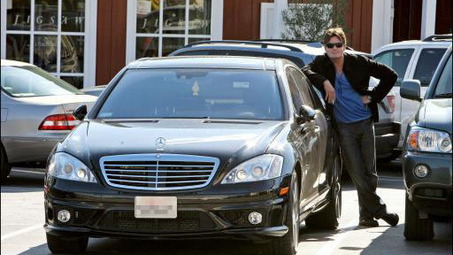 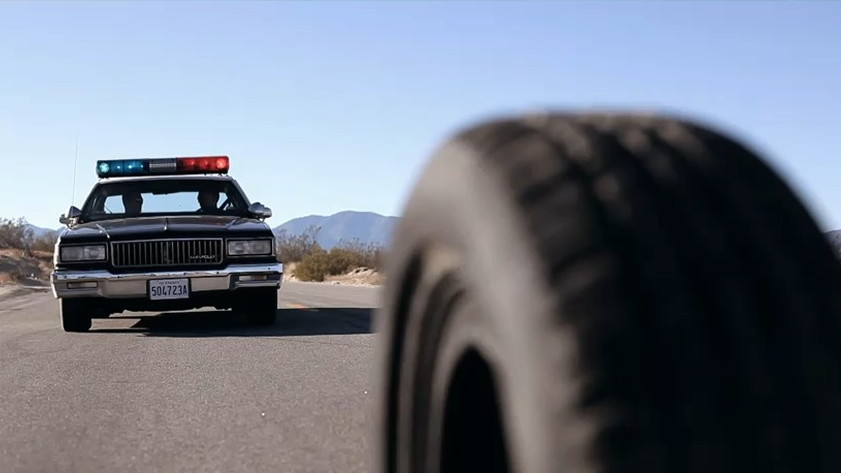 The past few days have brought a double-whammy of Oscar glitz and pre-Geneva Motor Show hype. Together, they created a perfect storm of celeb car stories. (Though technically, neither had anything to do with Prince Harry's run-in -- um, run-over -- of a papparazzo Saturday night, but we'll let that slide.) Here are a few of the stories that we've been tracking:

• In case anyone's keeping score, we picked three out of four Oscar night losers! True, it's a little easier picking losers than winners, and in one of our asides, we projected that Helena Bonham Carter would walk off with Best Supporting Actress (Melissa Leo: who knew?), but we can live with that. Our bigger concern is: will Christian Bale finally start eating like a normal person?

• Remember when David Beckham got rid of that tricked-out Porsche 911 -- the one with the matte paint job? Turns out he's finally bought something new, and it's much more American: a 2011 Chevrolet Camaro. Added bonus (for Becks): his Porsche sold for $217,000, but the Camaro only set him back $55,000. Stay tuned to see what $162,000 worth of tattoos looks like. [DailyMail via Vik]

• The celeb sightings at Geneva are about to begin. On the schedule: Mister Switzerland 2005, tightrope walker Freddy Nock, and Gwyneth Paltrow. Naturally. [AutoNews via John]

• A mid-century Popemobile -- one without bulletproof glass -- will make an appearance at next month's Ameila Island Councours d'Elegance. It's the first time on U.S. soil for this 1965 Mercedes-Benz Pullman limousine. Pope not included. [via Marty, press release below]

• Charlie Sheen is our pick for the 2011 David Hasslehoff Trainwreck of the Year Award, and here's a bit of news to improve his odds: the dude reportedly spent $800,000 on cars for his girlfriends. Then again, it'd take a lot to get us in the sack with him, too. [AutoGuide via Jalopnik via Vik]

• And finally, a word of warning: rubber isn't all its cracked up to be. In fact, RUBBER WILL KILL US ALL!

JACKSONVILLE, FL; February 21, 2011 --- The 125 year anniversary celebration of the invention of the automobile continues for Mercedes-Benz and among several special cars making their way to the 16th Annual Amelia Island Concours d’Elegance held March 11-13, 2011 is the 1965 Mercedes-Benz 600 Pullman landaulet built specially for Pope Paul VI.

The historic vehicle is making its first appearance on U.S. soil at Amelia Island and is part of a featured Class of Mercedes-Benz 600 vehicles on display during the automotive event, which features nearly 250 rare vehicles and benefits Community Hospice of Northeast Florida.   The Mercedes-Benz 600 Pullman landaulet was originally presented in September 1963 at the International Motor Show in Frankfurt, Germany, and quickly became the vehicle to have among Europe’s wealthy elite.  Weighing in at nearly 5,000 pounds, the 600 featured a number of technological advances for the day and was equipped with Mercedes-Benz’s first ever V-8 that could reach 0-100 km/h (kilometers per hour) in an impressive 10 seconds – similar performance to many of the sports cars of the period.

This vehicle built for the Pope was special and constructed with an individual seat for the pontiff that could be raised and lowered during the car’s procession through crowded streets.  An elevated roof, extended rear doors, and raised floor were also fitted along with other special equipment such as bulletproof glass.  Over two decades, the car was used by three popes and was returned to Mercedes-Benz’s Stuttgart, Germany headquarters in 1985.  It comes to Amelia courtesy of the Mercedes-Benz Museum in Stuttgart, Germany, where it is one of many famous and priceless cars in its collection.

The 600’s basic equipment package was far above anything offered at the time and included air suspension, power brakes, central locking systems and an electronic heating and air conditioning system.  With the numerous body designs and interior features to choose from, no two 600s were alike which ensured exclusivity for the owner.  This was especially true for the owners of Pullman limousines and landaulets.  The last 600 rolled off the assembly line in summer 1981 and during its 17-year production run, 2,677 were built of which 428 were Pullman limousines and 59 were landaulets.

“We are deeply indebted to the people at Mercedes-Benz for agreeing to send us the Pope’s personal 600,” says Bill Warner, Concours founder and co-chairman.  “It has never been seen here in the United States and it makes a statement worthy of the Pope’s status around the world.  It is an incredible vehicle and a true showcase for Mercedes-Benz workmanship and advanced technological thinking.”

The 2011 Amelia Island Concours d'Elegance will be held March 11-13 on the 10th and 18th fairways of The Golf Club of Amelia Island at Summer Beach adjacent to The Ritz-Carlton, Amelia Island.  The show’s Foundation has donated nearly $1.7 million to Community Hospice of Northeast Florida, Inc. and other charities on Florida’s First Coast since its inception in 1996.