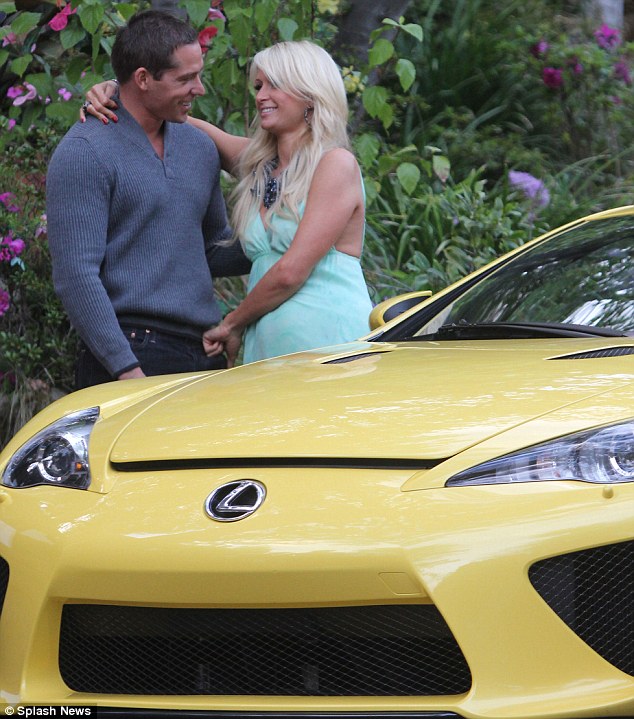 Of course, this was on top of what was already an extravagant day of gifts on Monday’s Valentine's Day.

The new car, finished in a distinctive bright yellow paint scheme, was presented to Hilton on Tuesday as an early surprise in the lead up to her birthday this week.

A film crew for Hilton’s latest reality show was also on hand to capture the special moment.

At around $375,000 a pop, the Lexus LFA is certainly one of the more expensive gifts a boyfriend could bestow upon his loved one but for Waits, the exorbitant pricetag is likely to be of little concern. Waits is a relatively successful entrepreneur and co-owns a number of nightclubs, including several in Las Vegas.

If you’re thinking this was an extravagant present, singer Beyonce Knowles gave her hubby Jay-Z a $2 million Bugatti Veyron Grand Sport for his 41st birthday.

If only our significant others were so generous…