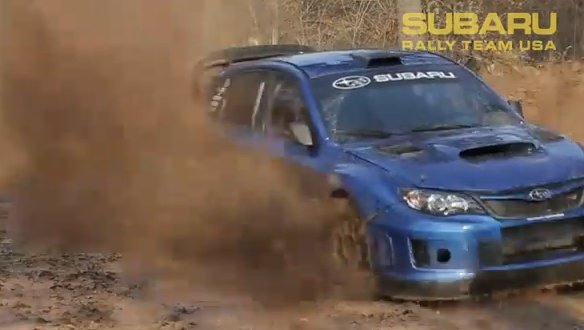 With Travis Pastrana gone from the world of rally to mire himself in the world of NASCAR's Nationwide series, there was an open seat at Subaru Rally Team USA (SRT USA). Until today, that is. David Higgins has been named as the second driver alongside team leader Dave Mirra.

Mirra had been second to Pastrana, but seniority apparently rules at SRT USA. Higgins, 38, joins the team with a solid background in rally, having won the SCCA ProRally championship in 2002 and 2003, as well as the 2004 British Rally National Championship.

"Everyone thinks of Subaru when you talk about rally and to be racing for SRT USA is a great honor; I won my first USA SCCA ProRally Championship in 2002 with an STI," said Higgins. "I cannot wait for the 2011 season, Rally America has a great program, and it is going to be incredibly fun and competitive."

To see what the team has been up to lately, check out the footage of Mirra and Higgins in SRT USA's "car acclimatization program" held last week.