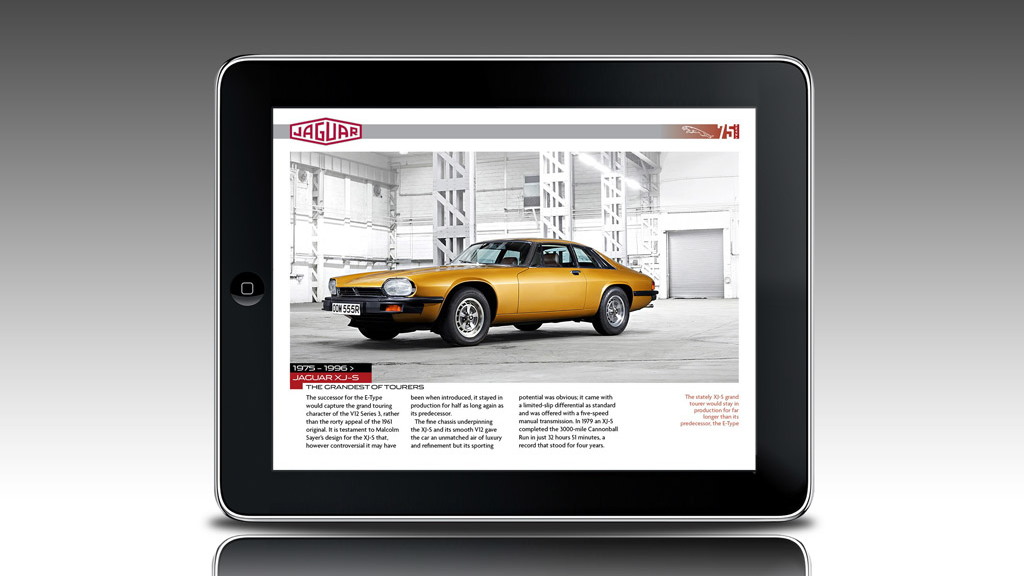 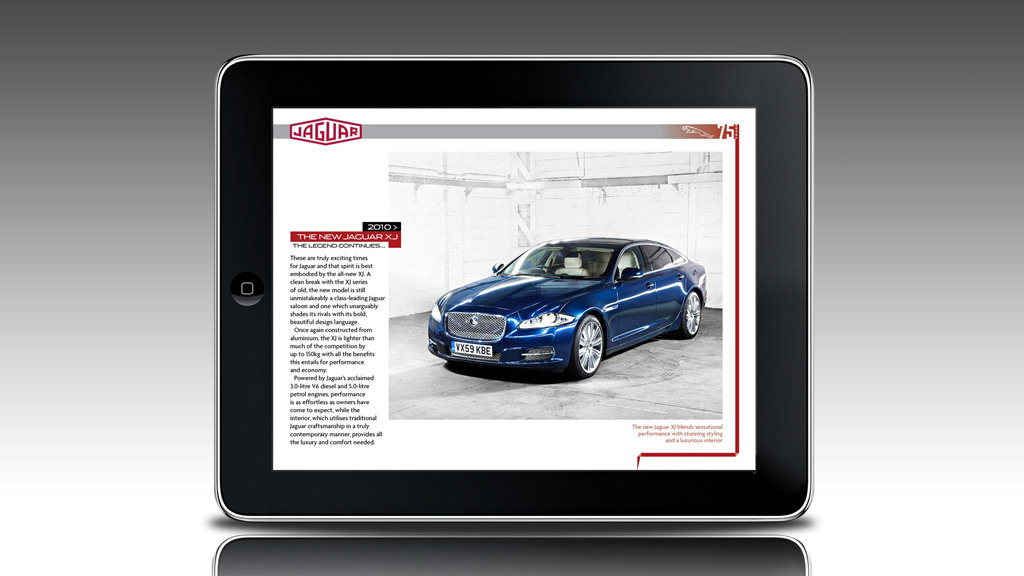 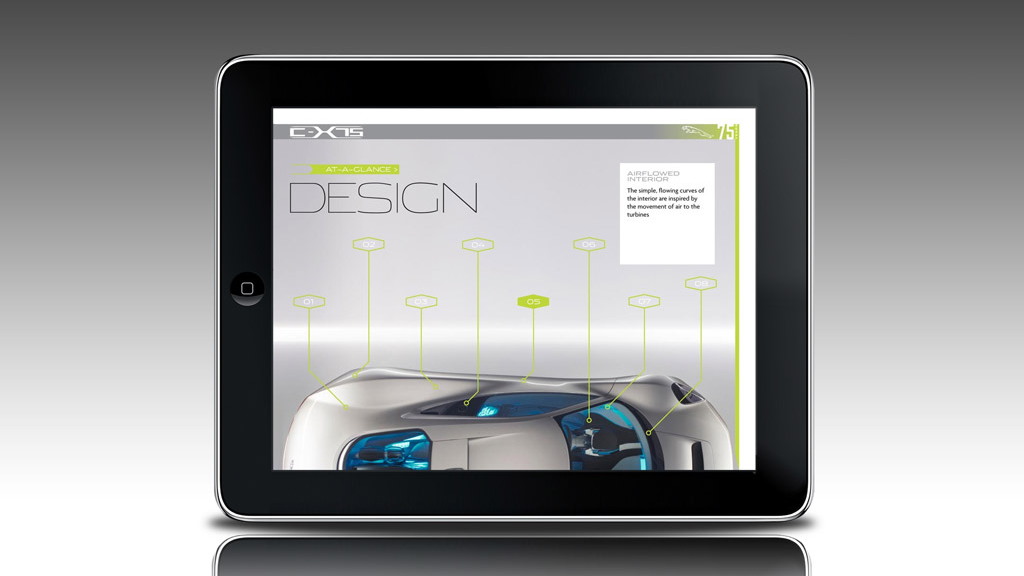 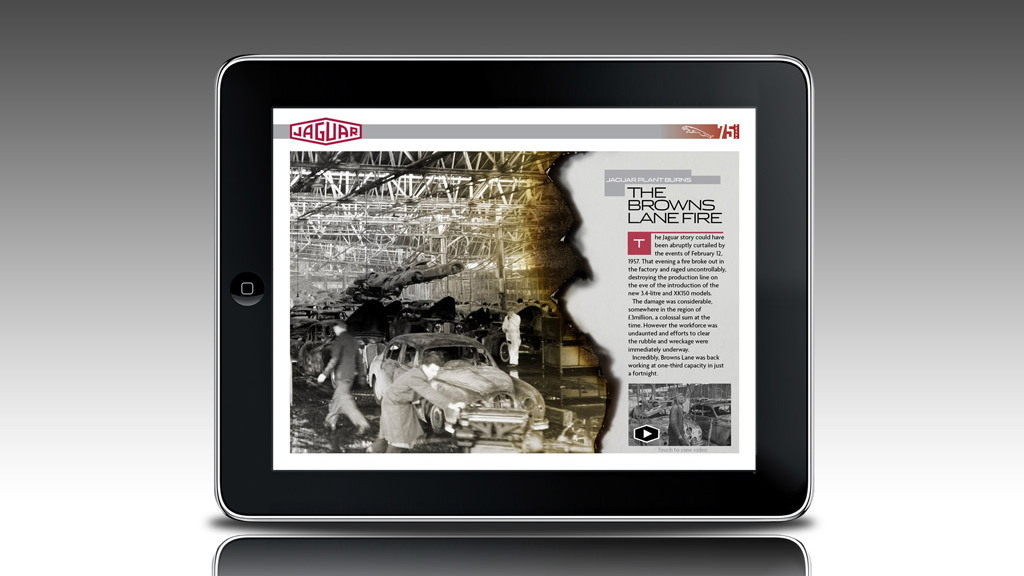 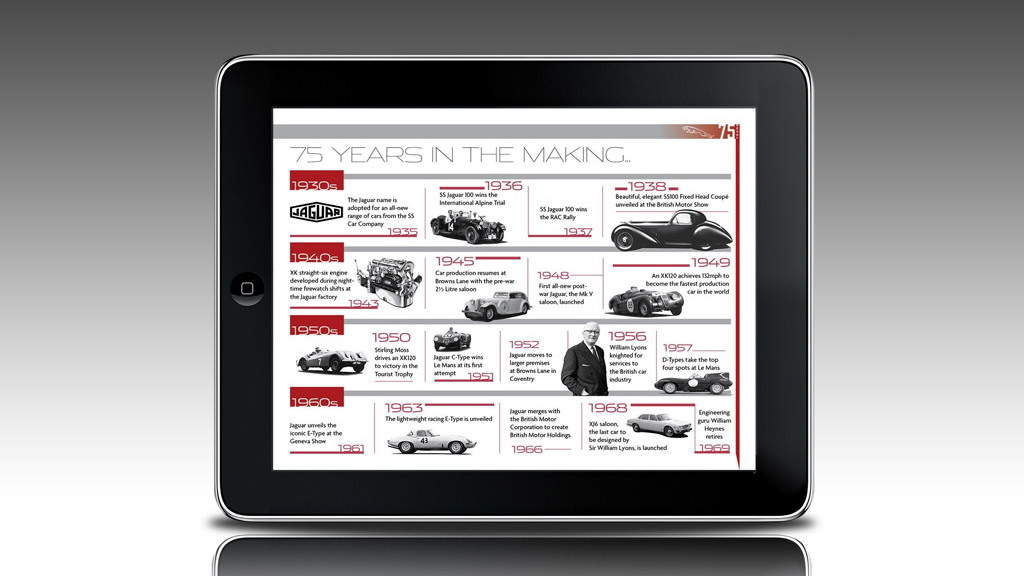 9
photos
Jaguar has already done a lot to celebrate its 75th anniversary, which took place back in September. We saw several special edition models launched as well as a number of iconic vehicles from the marque’s past rolled out in a special tour in the UK, plus we got to see the stunning C-X75 concept car that highlights Jaguar’s future, but there’s still more.

To mark the presentation of the stunning C-X75 at last week’s 2010 Los Angeles Auto Show, Jaguar has launched an all-new Apple iPad app that, like the supercar, celebrates three-quarters of a century of beautiful, fast cars.

The Jaguar 75 iPad app provides a brief history of almost every significant Jaguar model of the past 75 years, leading users through the iconic designs behind the Jaguar legend and the passionate people that created them.

It is available for free download from the iTunes store by searching for 'Jaguar 75 HD'. iPhone users can download their own version of the app exclusively designed for the smaller device.