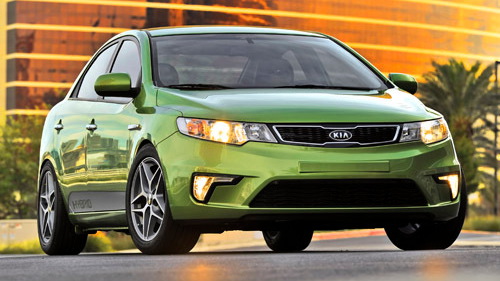 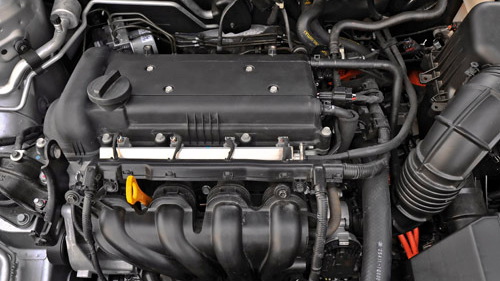 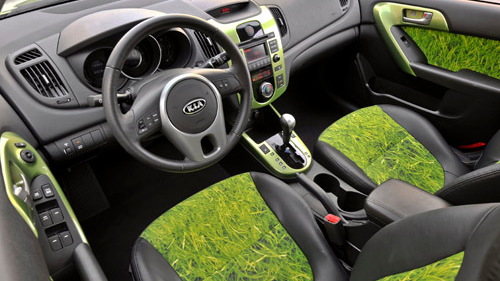 3
photos
Proving that a compact hybrid sedan can be anything but boring, the Kia Forte Hybrid Concept demonstrates styling options for those looking for an alternative to a mundane hybrid ride. Created by Kinetic Motorsports, the Hybrid Concept combines a 1.6-liter four-cylinder engine fueled by liquefied petroleum gas (LPG/propane) and compact electric motor running on a lithium polymer battery.

This type of battery is claimed to feature a higher energy density, lower manufacturing cost, and better reliability than regular lithium-ion batteries that most other automakers are using. LPG, meanwhile, is said to emit fewer toxins than regular gasoline and is also less expensive.

Of course, it wouldn’t be a true SEMA concept without some outlandish modifications and in this area the Kia Forte Hybrid Concept doesn’t disappoint. It comes adorned with a custom bodykit, alloy wheels shod with low-rolling resistance tires and a funky green interior with a 1,200 watt stereo.

While the concept of a LPG-electric hybrid sounds promising, the same can’t be said when you consider production reality. Demand and fueling infrastructure for vehicles that run on LPG is still far too low in this country, but with an advanced LPG-electric hybrid already on sale in markets such as South Korea it may only be a short time until they are sold here.