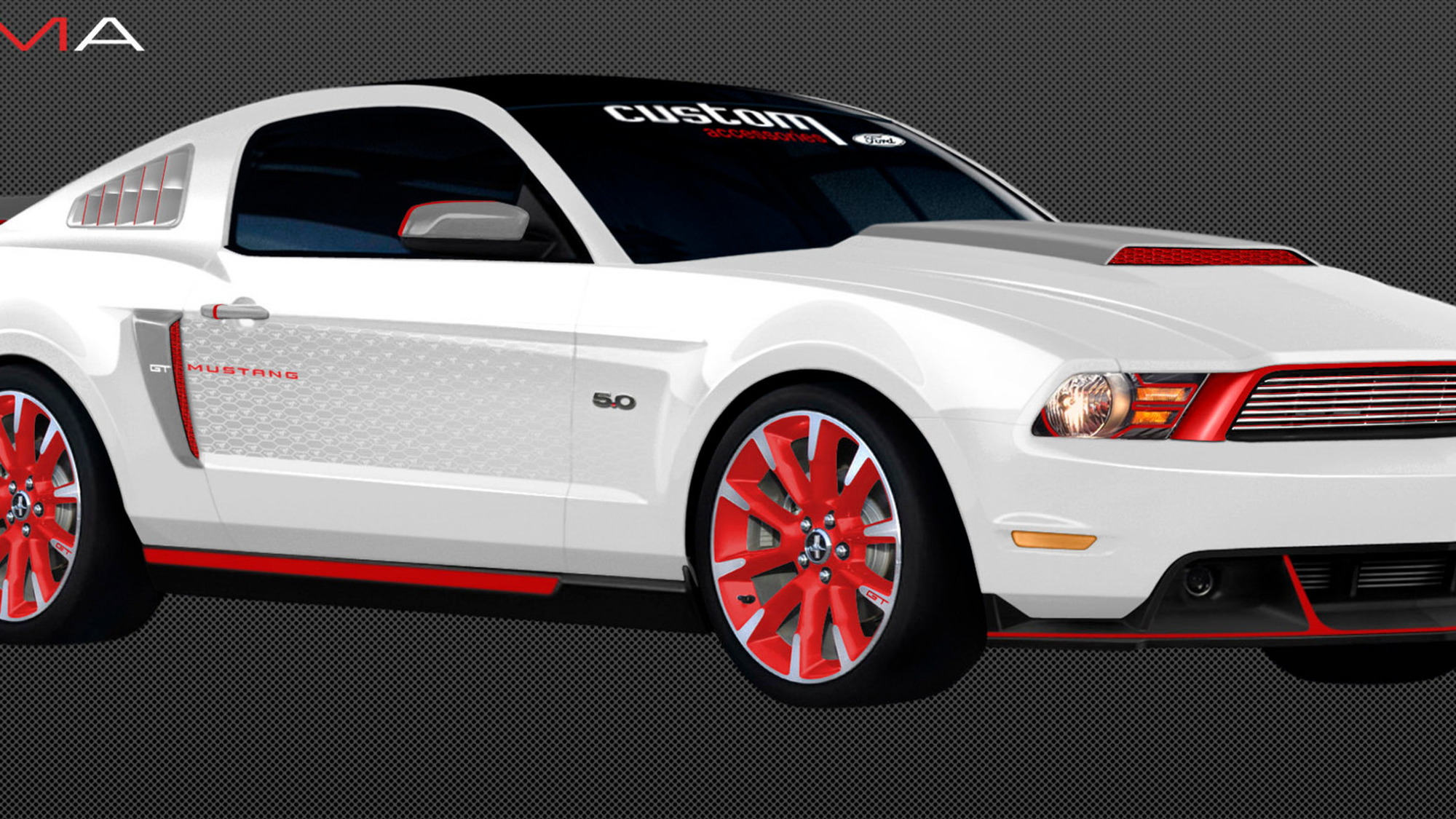 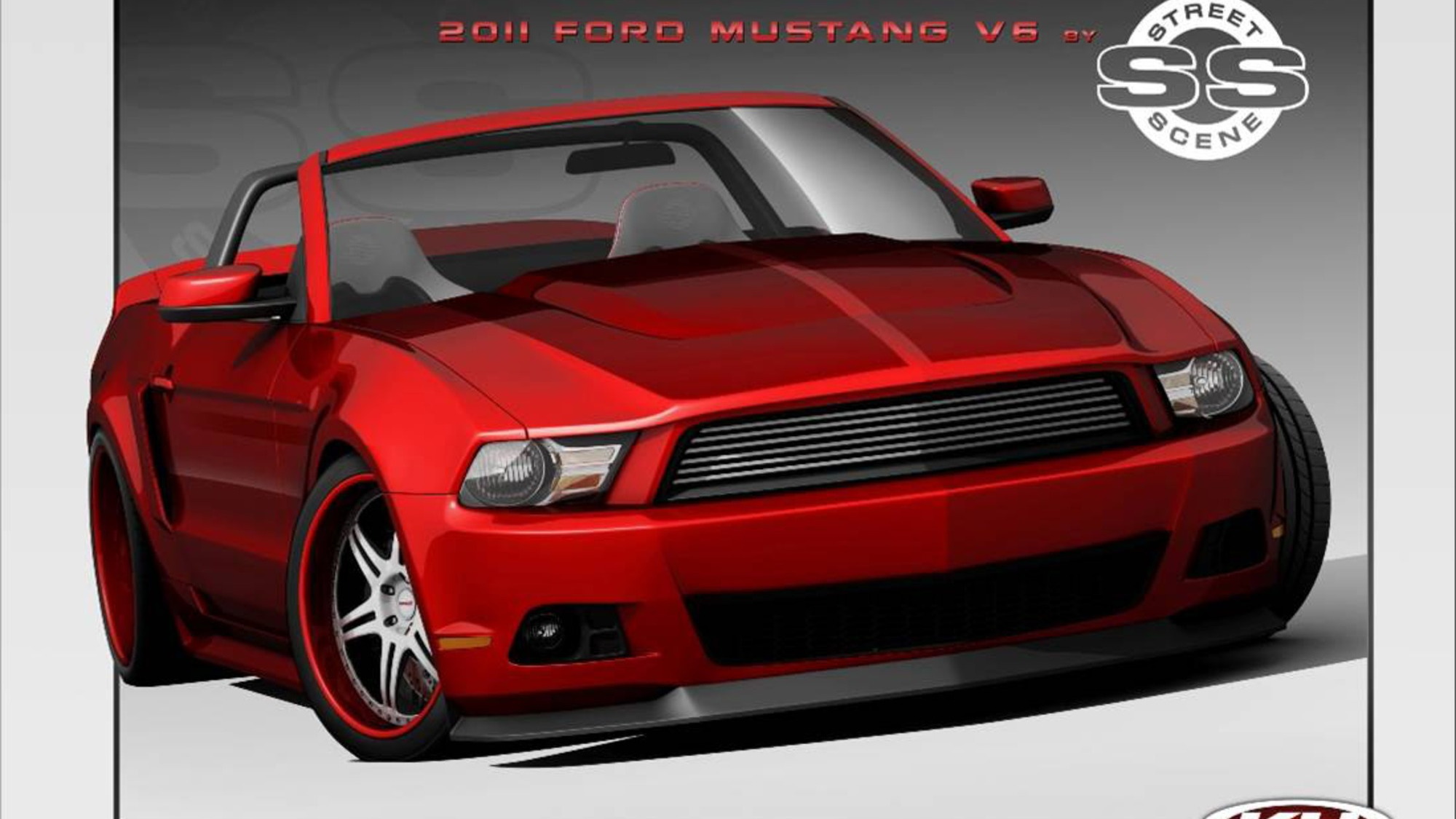 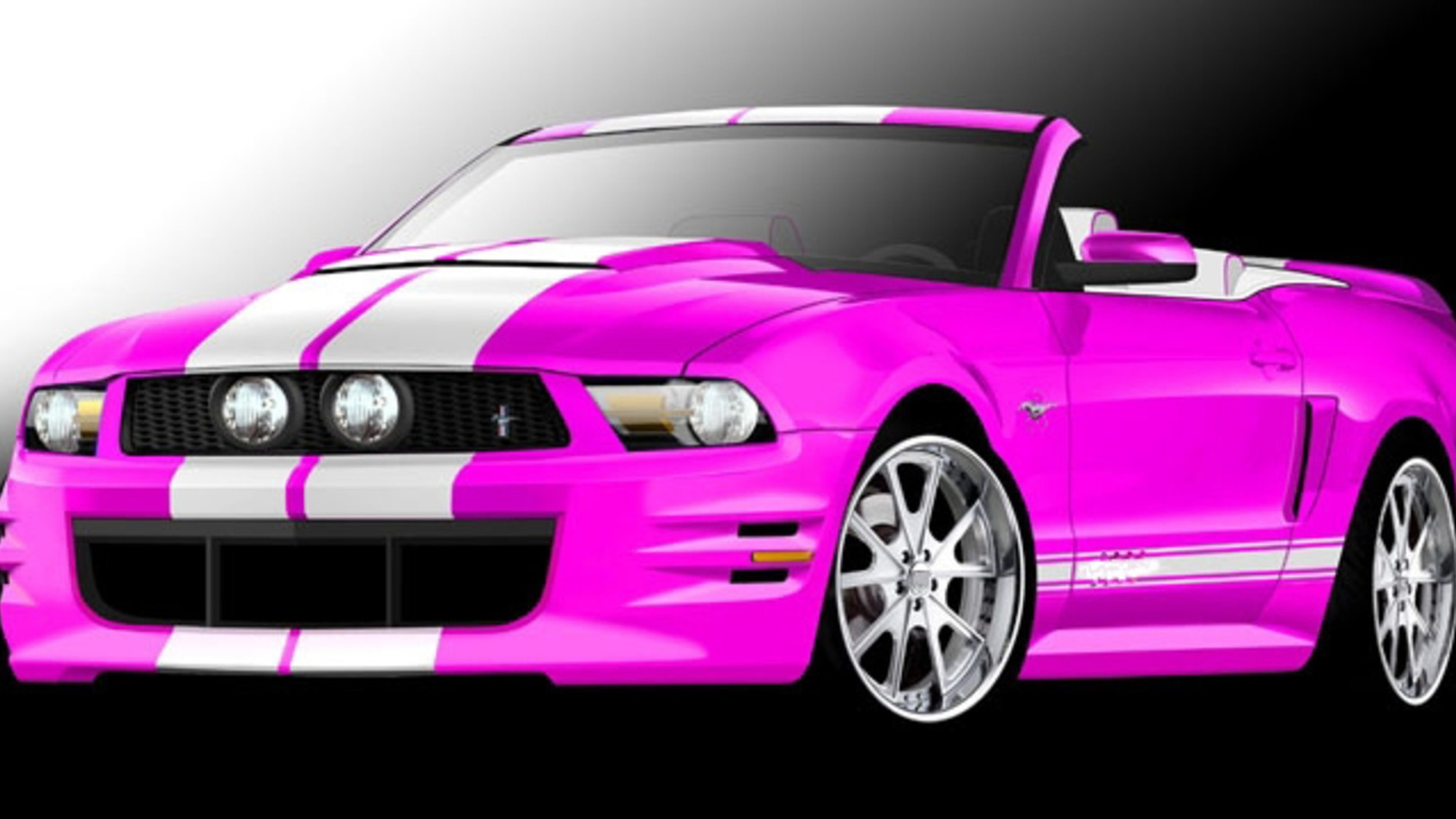 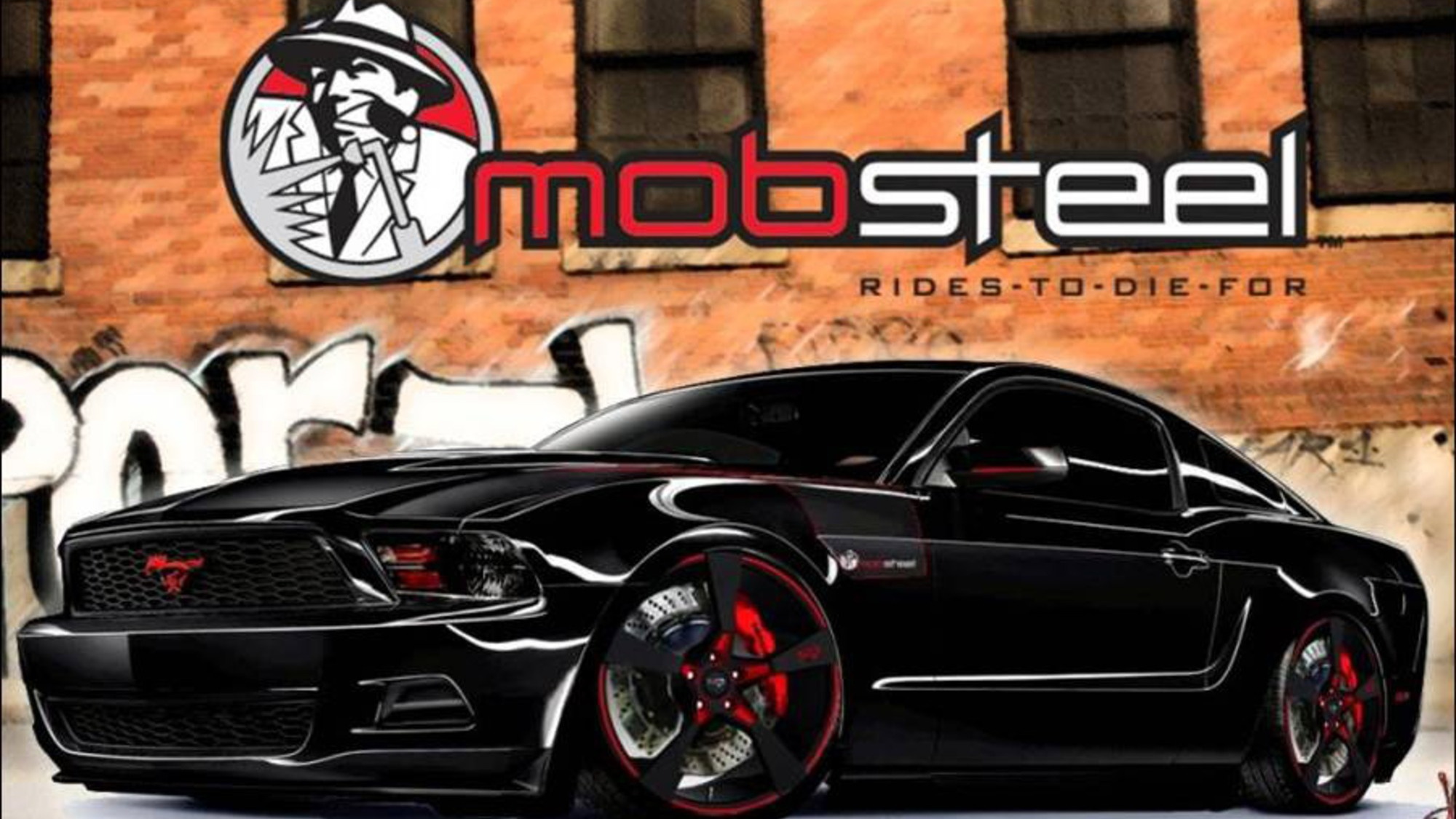 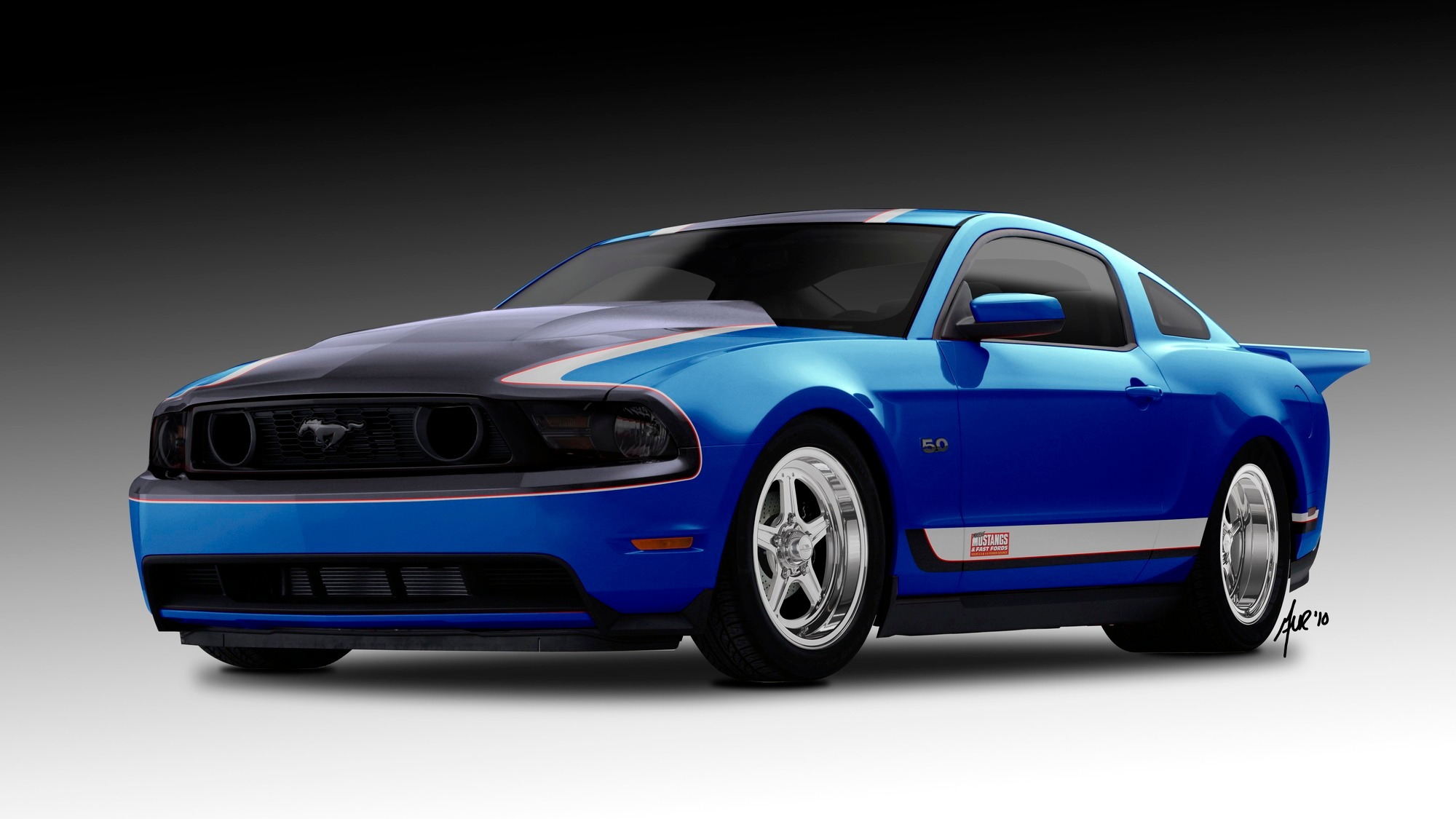 There will be plenty of ponies in Las Vegas next week at the annual SEMA show, as Ford plans to bring nine modified Mustangs to the show.

Nine. That's right, enough Mustangs to field a baseball team, if cars could play baseball (Forgive the metaphor, but it is late in the workday).

The first Mustang in the SEMA lineup comes from MRT. This car is based on the 5.0-liter, 412-horsepower 2011 Ford Mustang GT, and it adds a handling package, a MRT exhaust, Baer brakes, larger wheels, a body kit, and what the company calls "chassis upgrades."

For those who prefer their fun to be topless, there is a the Creations 'n Chrome Mustang GT Convertible, which gets a pink paint job, a body kit, performance wheels, a supercharger, Wilwood brakes, and unique graphics. The pink paint signifies that this car is raising breast-cancer awareness for the American Cancer Society.

Muscle Mustangs and Fast Fords is bringing a car that drag racers might drool over. A Ford Racing Parts supercharger, custom exhaust headers from Kooks Custom, a Cervini custom hood, American Muscle brakes, and a Roush fascia are part of the package, along with upgraded seats and an upgraded suspension.

For fans of mob movies, the Mobsteel Mustang, which has a STS turbocharged engine(with a remote mount setup), Air Runner suspension, a Magnaflow catback exhaust, 15-inch Baer brakes, Savini forged wheels, and Pirelli tires. This car is based on the V-6 Mustang, not the GT.

There are three other concepts--one from Raceskinz, one from Street Scene Equipment, and a Tjin Edition.