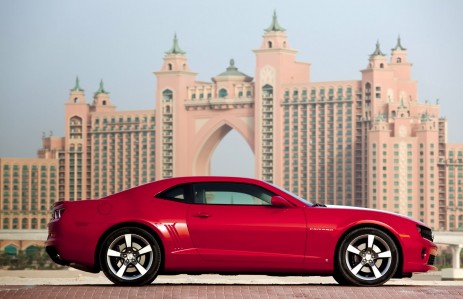 General Motors is showing off eight Camaros that it will show off at the SEMA (Specialty Equipment Manfacturer's Association) show in Las Vegas next month, and giving Camaro fans a chance to vote on which one they like the best.

The voting takes place on the company's Facebook page, and the winning car will be featured at GM's SEMA booth. The polls close October 22.

For those that don't know, SEMA is a show dedicated to the automotive aftermarket, and the Camaros shown on the Facebook page offer plenty of bodywork modifications. Specifics on performance mods are slim, but at least one car claims to have a turbocharged V-6.

SEMA often promises interesting new twists on pre-existing models. For Camaro fans, this year's show could be a good one--and those who vote will even be able to lend an assist to the proceedings.