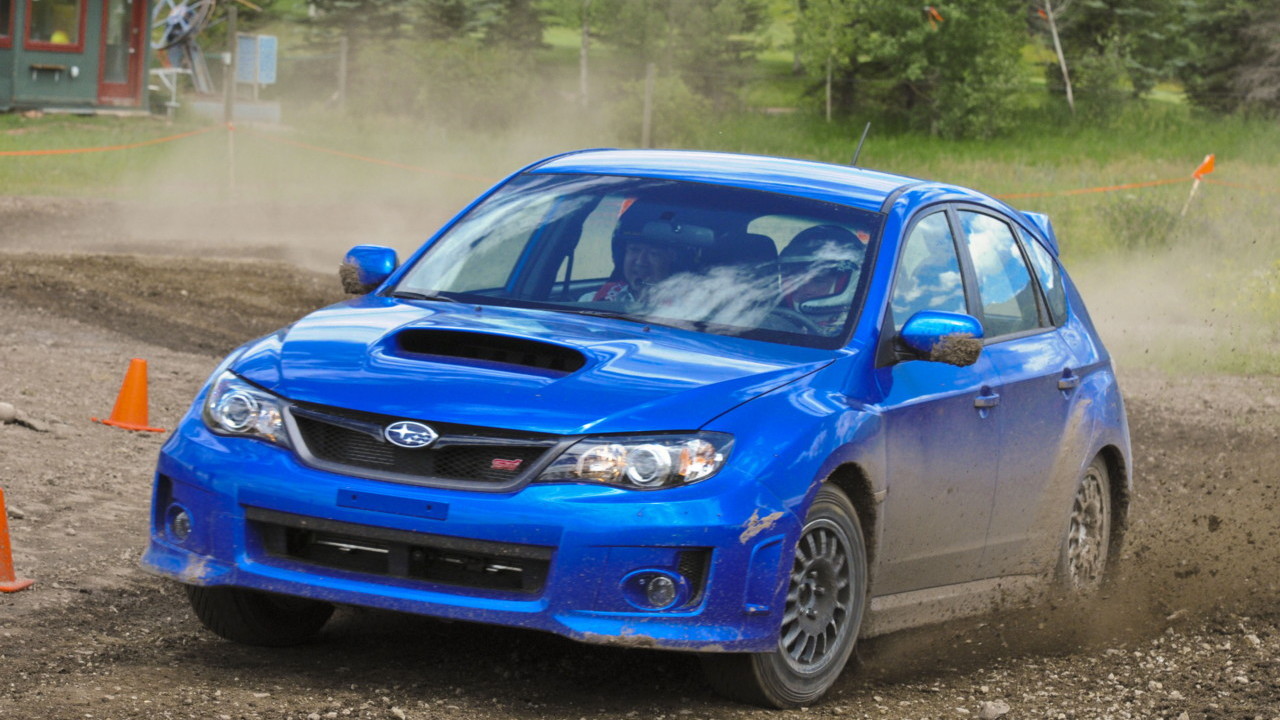 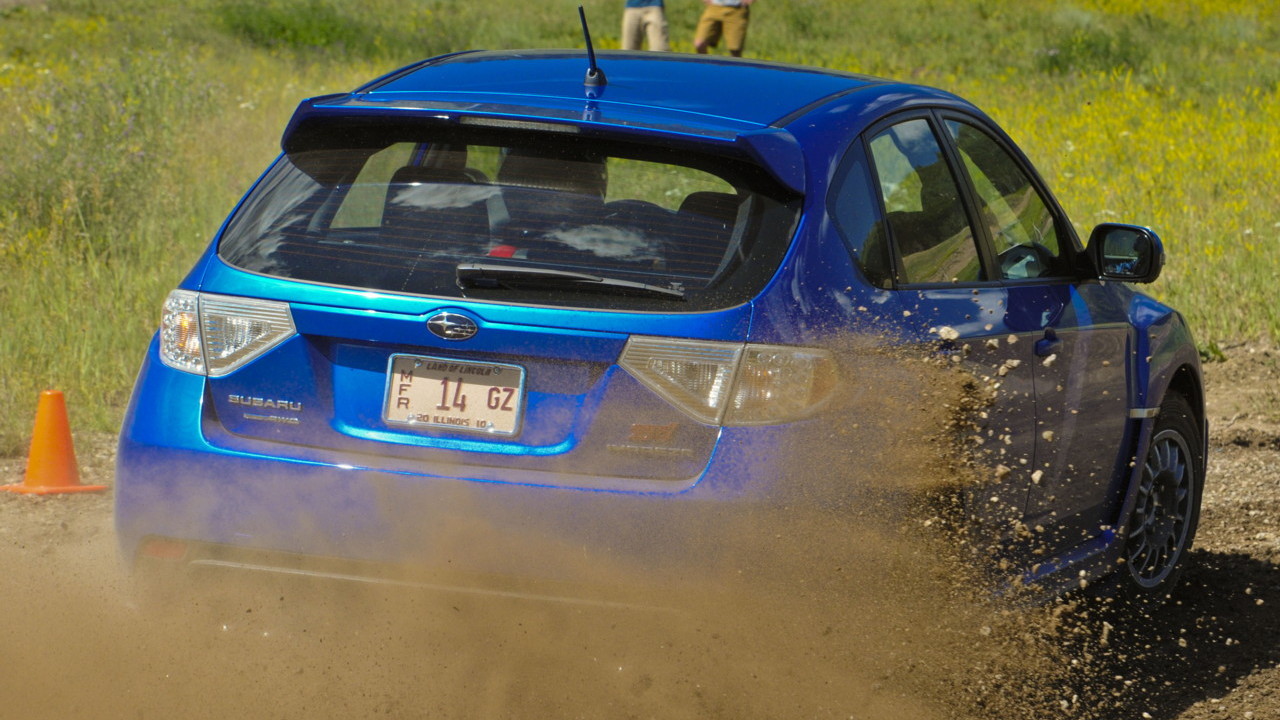 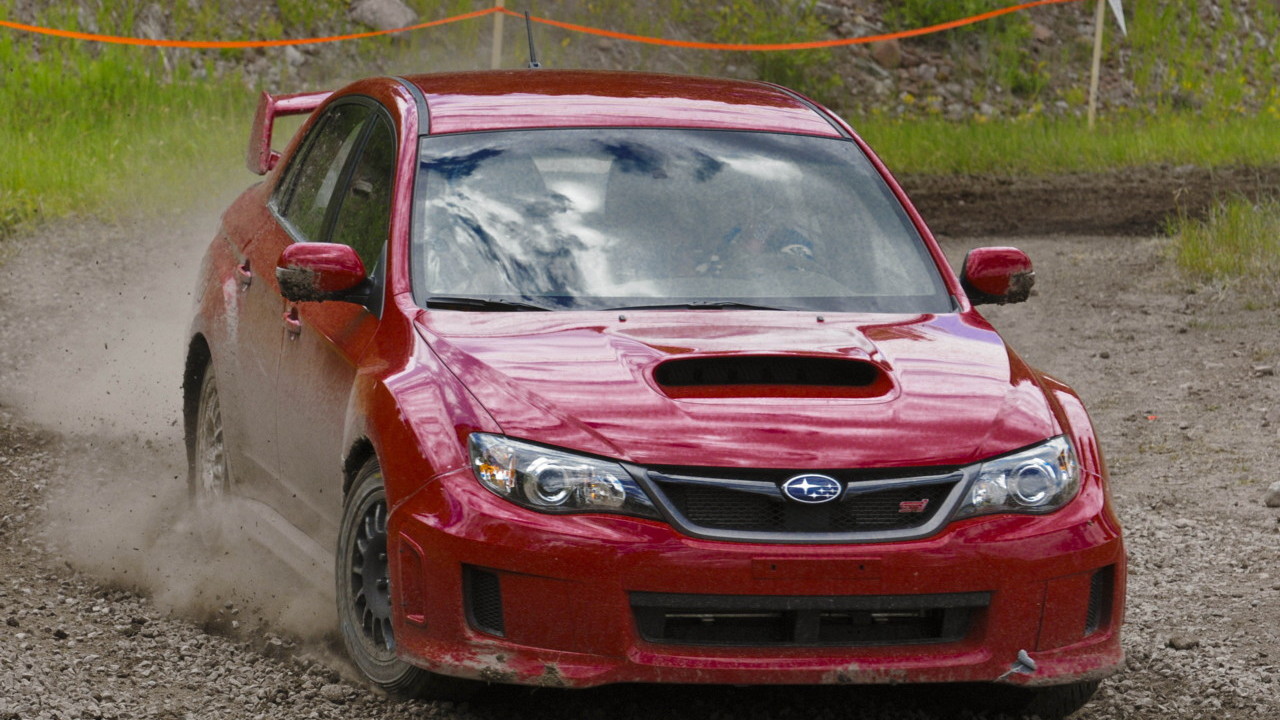 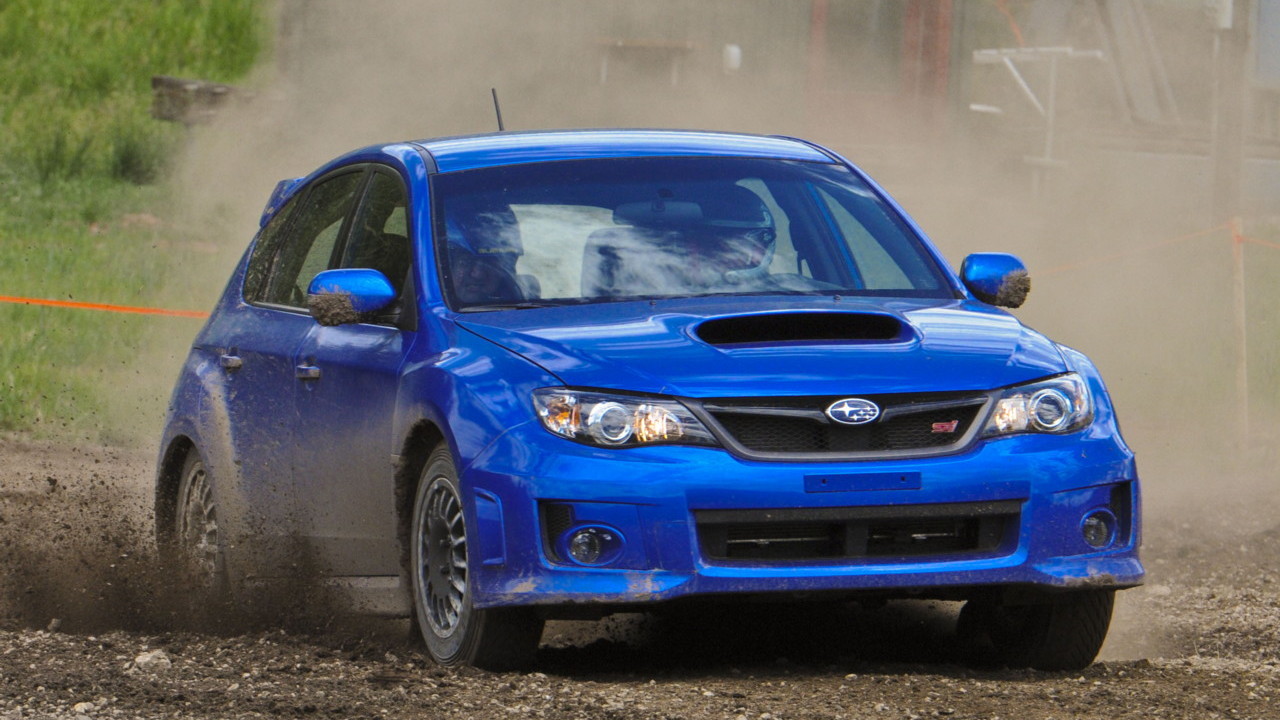 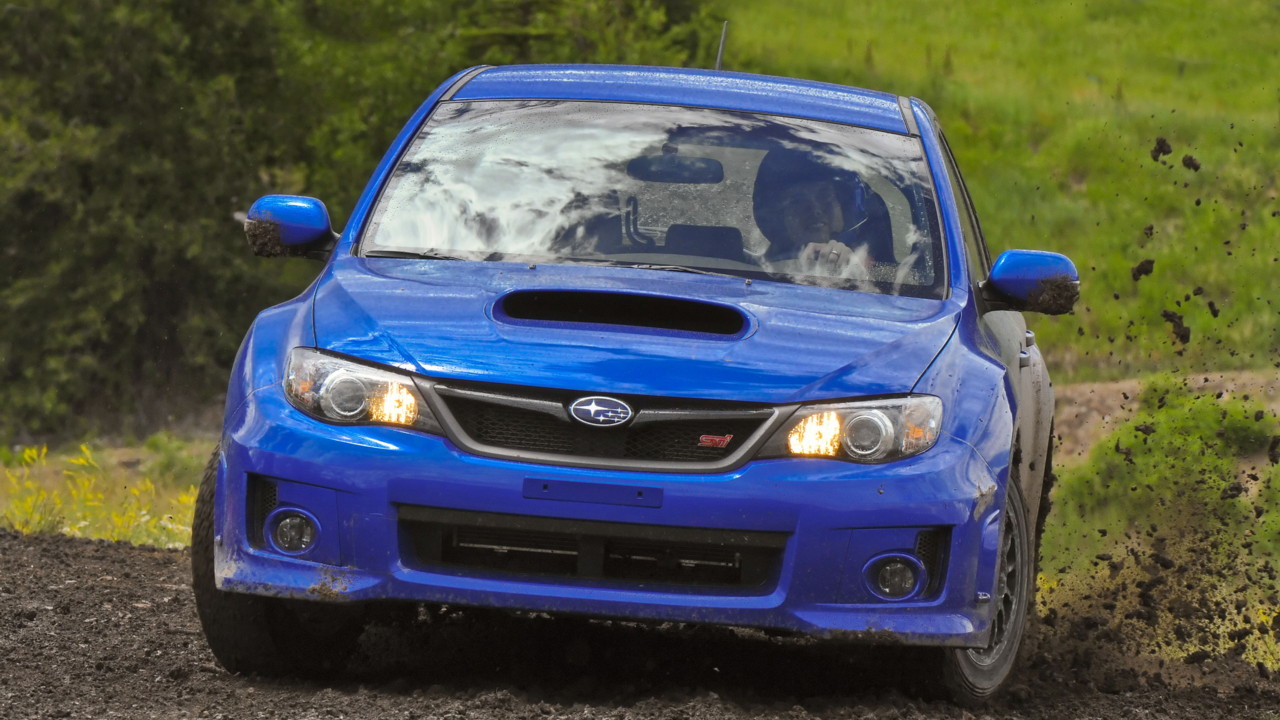 9
photos
Few, if any automakers strike quite the same balance of ruggedness and raciness as Subaru. And though it's been enhanced through the Forester utility vehicle, as well as its tough-looking Outback wagon lineup, the real image booster that forged the brand's unique position was the rally-themed, WRC-inspired WRX, a model that Subaru brought to the U.S. nearly ten years ago.

To this day, Subaru produces WRX models that are surprisingly ready for rally-style driving, as well as track time, and it shows a great deal of confidence in the vehicles for the brand to have given us driving time on a closed road course, on high altitude mountain roads, and on a rough-and-dirty rally course.

In the case of the 2011 Subaru WRX STI, which we reported on today with a First Drive, it took the tight, 1.1-mile road course at Aspen Motorsports Park to heat up the tires and get a good feel of exactly how well the STI's Driver Controlled Center Differential (DCCD) system responds in Auto mode—especially when we switched to "Auto-", which allows a little more tail movement on power. Thanks to the STI's suspension retune—including the new pillow-ball bushing setup—it left us feeling more confident and able to take advantage of the system.

Next stop after some road driving was a rally course, where we got another sample of how the all-wheel-drive system works With the exception of a sump guard, some sturdier brake hardware, different wheels and tires, and a fitment with racing harnesses, these cars were, surprisingly, bone-stock STIs. With my instructor, Nigel, I was encouraged to feel out the differences in the STI's settings, so after a warm-up first we tried a faster lap with the system in one of its more locked-up manual settings. Then we did a loose-and-sloppy lap in 'Auto-', almost pulling off a pendulum-style handbrake turn under power in the tight, muddy back corner of the course. If only I'd had a few more laps…

Of course, the 500-pound Gorilla in the room is that Subaru is no longer participating in World Rally Championship (WRC) racing, from which, at least informally, the WRX got its name.

But the automaker hasn't completely abandoned rallying. Subaru has competed in the Rally America National Championship with two STIs, piloted by Travis Pastrana and Dave Mirra, and rallying is part of the X Games and various Rally Cross events.

Then on tarmac, there's the Subaru Road Racing Team (SRRT), which has an STI competing in the Grand Sport class of the Grand-Am Challenge, succeeding the Legacy that the team has run in the Street Tuner class over the past three years.

While Subaru might have left big-league rally-racing, it's shown no sign of forgetting about the racy, rugged personality that helped drive showroom traffic and carries through on the 2011 STI. Despite the bumpy surfaces, bottoming out, and structural trauma, the cars (and their strut mounts and steering racks) survived. Bring on the opposite lock!