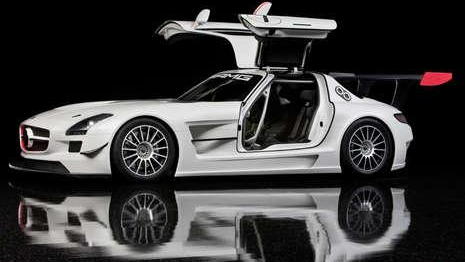 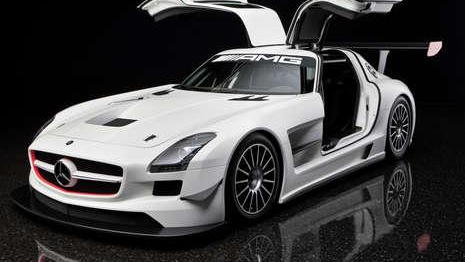 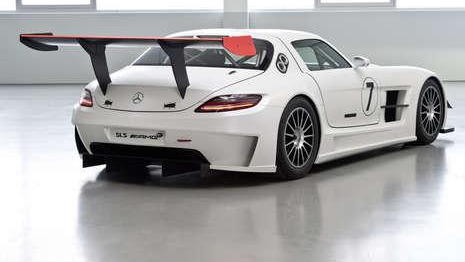 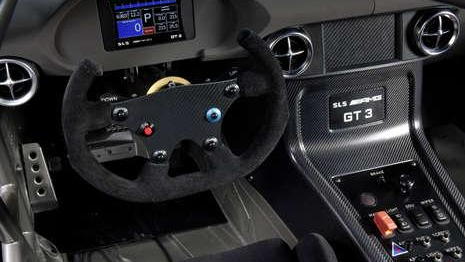 Mercedes-Benz, or more correctly, AMG, is developing a new racing version of the SLS AMG gullwing sports car that will be built along the lines if the FIA sanctioned GT3 series. The new race car won’t be ready until the 2011 season but we can already get a taste of what to expect thanks to these leaked images of it.

No official details have been released but early reports suggest the car will run a 600 horsepower version of AMG’s new twin-turbocharged 5.5-liter V-8 and the whole thing should weight a lot less than the standard model because of the removal of most of the car’s ancillaries. Additionally, lighter carbon-fiber components will most likely replace many of the standard parts on the SLS AMG as well.

The shot of the interior confirms that most of the luxury appointments of the SLS AMG have either been removed or replaced with racing equipment.

Privateer teams will most likely be able to purchase the new SLS AMG GT3 race car early next year. Expect pricing to be similar to that of the Audi R8 LMS GT3 race car, which starts around the $500,000 mark.