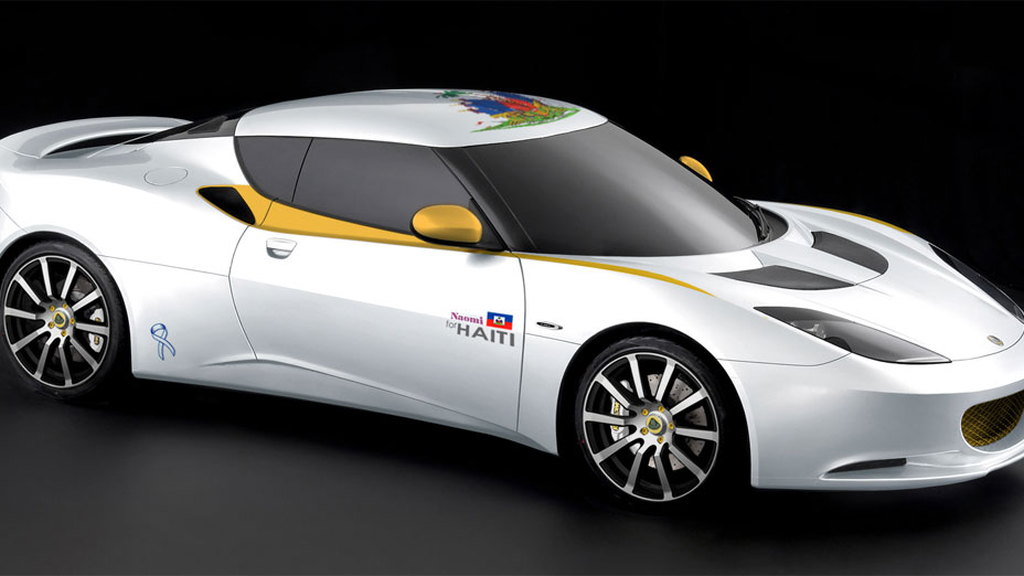 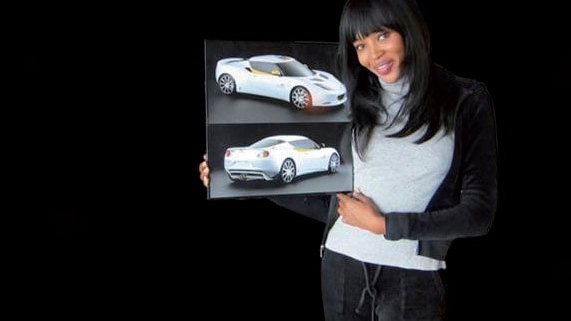 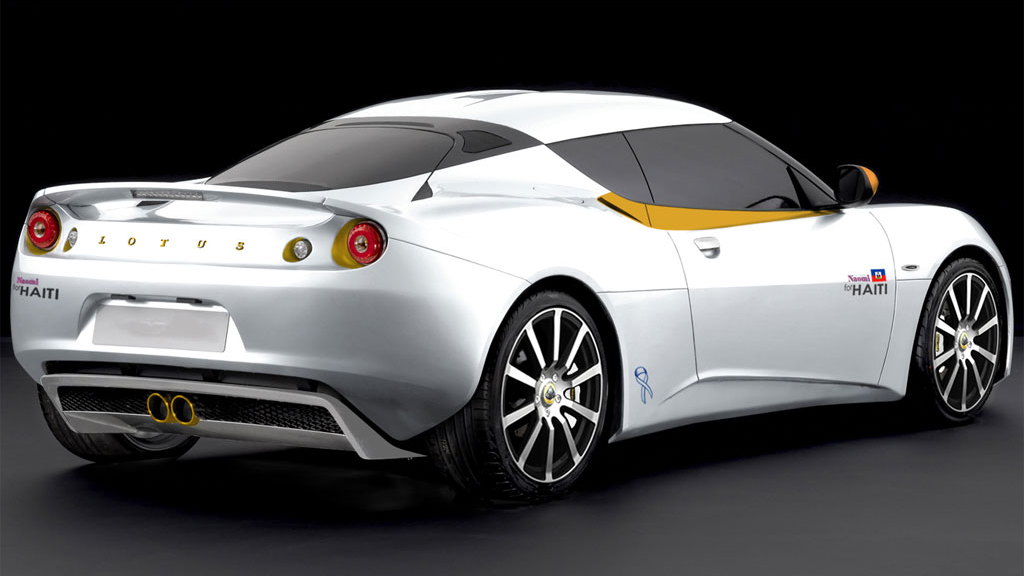 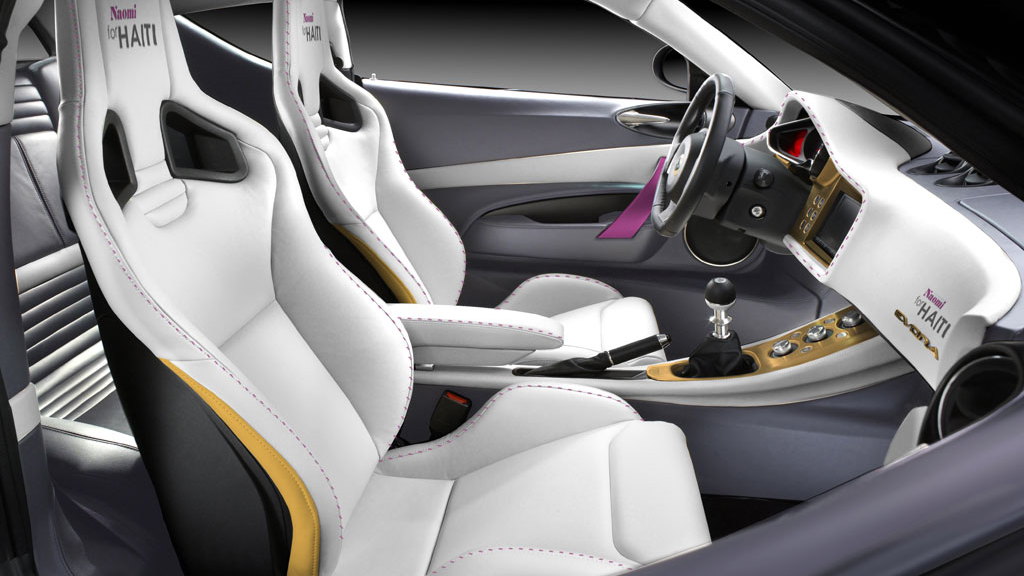 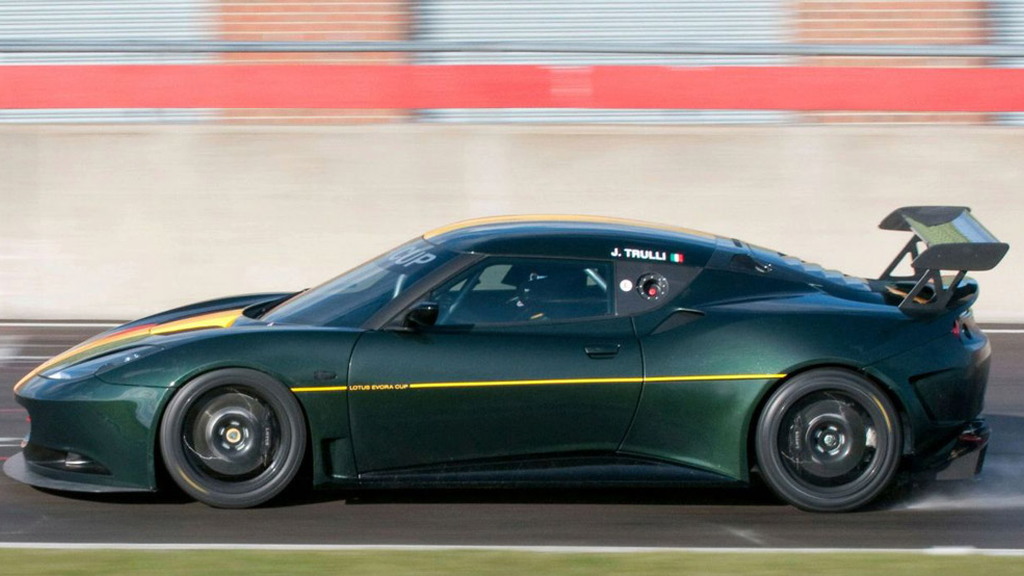 In response to the horrific natural disaster that has crippled the nation of Haiti, supermodel Naomi Campbell together with Lotus will be auctioning eight special edition "Naomi for Haiti" Lotus Evora sports cars, with the proceeds from the auction going directly to help those in need.

Based on the 2010 Lotus Evora, the custom cars have been specially designed by Lotus’ new design director Donato Coco and reflects Campbell’s wishes for the work. The styling combines the flag of Haiti with a dramatic color scheme. Each example also comes packed with the Evora’s full range of options.

The first Naomi for Haiti car will be auctioned at Campbell's own Fashion for Relief charity event on the 18th of February at London Fashion Week in the UK. Interested buyers will be able to bid on more of the cars at www.naomiforhaiti.com from the 19th to the 28th February. The grand total raised for the charity and the highest bidders will be announced by Campbell at the 2010 Geneva Motor Show on March 2nd.

The auto industry has been very active in its support for the victims of the Haiti disaster. You can see what other automakers have done to help in Richard Read’s extensive report over at TheCarConnection.com.

Trulli, and his own personal race engineer, Gianluca Pisanello, provided specific input into the aerodynamic balance for slow, medium and fast corners guidance on the racing setup of the suspension geometry and direction on the engine's calibration.

The Evora Cup race car has been designed for the FIA GT4 series and will start at roughly $190,000 when it goes on sale later this year. Its final design, aero package and technical specifications will also be presented at next month’s Geneva event.